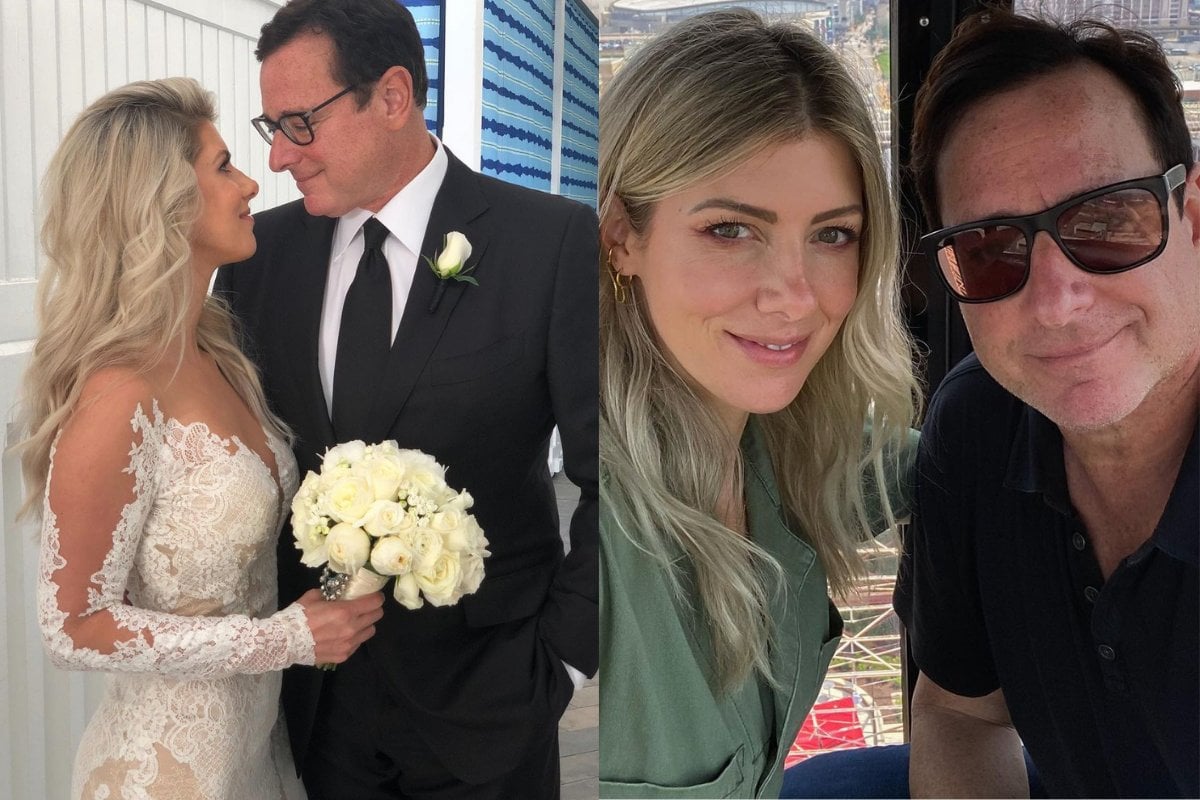 Comedian and actor Bob Saget, who rose to fame in the role of Danny Tanner on the beloved TV show Full House, died aged 65 on Sunday evening, Florida time.

The star was found unresponsive in a hotel room in Orlando, Florida following a comedy show, and tributes from former co-stars and friends have been pouring in since.

Mary-Kate and Ashley Olsen, the sister duo who took turns playing Saget's daughter on Full House, said of their TV Dad: "Bob was the most loving, compassionate and generous man. We are deeply saddened that he is no longer with us but know that he will continue to be by our side to guide us as gracefully as he always has," according to a statement obtained by the New York Post.

"We are thinking of his daughters, wife and family and are sending our condolences."

This is one of my all-time favorite moments with the late Bob Saget. We giggled and set up this photobomb with Sir Tom Jones. Bob was such a kind and funny man, infinitely supportive and sweet. 💔 pic.twitter.com/eAUz6PgON7

I don’t know what to say 💔. I have no words. Bob was one of the best humans beings I’ve ever known in my life. I loved him so much.

He had the biggest heart and wore it on his sleeve. He was so generous with his feelings. A mensch. #BobSaget

On Tuesday morning, the Saget family responded to the news in a statement issued to Page Six:

"We are devastated to confirm that our beloved Bob passed away today. He was everything to us and we want you to know how much he loved his fans, performing live and bringing people from all walks of life together with laughter.

"Though we ask for privacy at this time, we invite you to join us in remembering the love and laughter that Bob brought to the world."

Bob Saget married Kelly Rizzo, his second wife, in 2018 after a virtual courtship that started back in 2015.

In a TikTok video released last February, Rizzo, a food and travel presenter and journalist, explained how the pair met.

"I think Bob was looking for a good Midwestern gal, a Chicago gal, like myself," she explained to her followers.

"So he saw my Instagram, and he’s like, 'Oh, it’s not all selfies and bikinis, like she actually does stuff. She has this food show and travel show. She seems interesting'."

"So, he did some due diligence. He called a friend of his who is also in media in Chicago, a radio host, and was like, 'Hey, do you know this Kelly Rizzo girl? Is she a bitch?' And he’s like, 'No, she’s really nice, actually, and yeah, I know her.'

"His friend’s fiancé reached out to me and said, ‘Bob Saget is going to DM you’ and I was like, ‘Uh, I don’t know about that’.

Saget did direct message Rizzo, and extended an offer for a casual date.

"He said, ‘Hey, want to come to a show of mine and then go out for some burgers and lobsters? And then I was like, ‘OK, we could be friends’.

But after meeting, Rizzo realised their connection might go deeper than friendship.

"I was like, ‘Oh no, I kind of like him’. And then we got married. And now it’s been five years, and yes, our house is very clean. And no, being married to a comedian does not mean everything is always funny," she finished.

The pair tied the knot in California in 2018, and remained happily married for three years.

Rizzo shared a video in tribute to their relationship just last week, captioning it: "Another year of fun with this one."