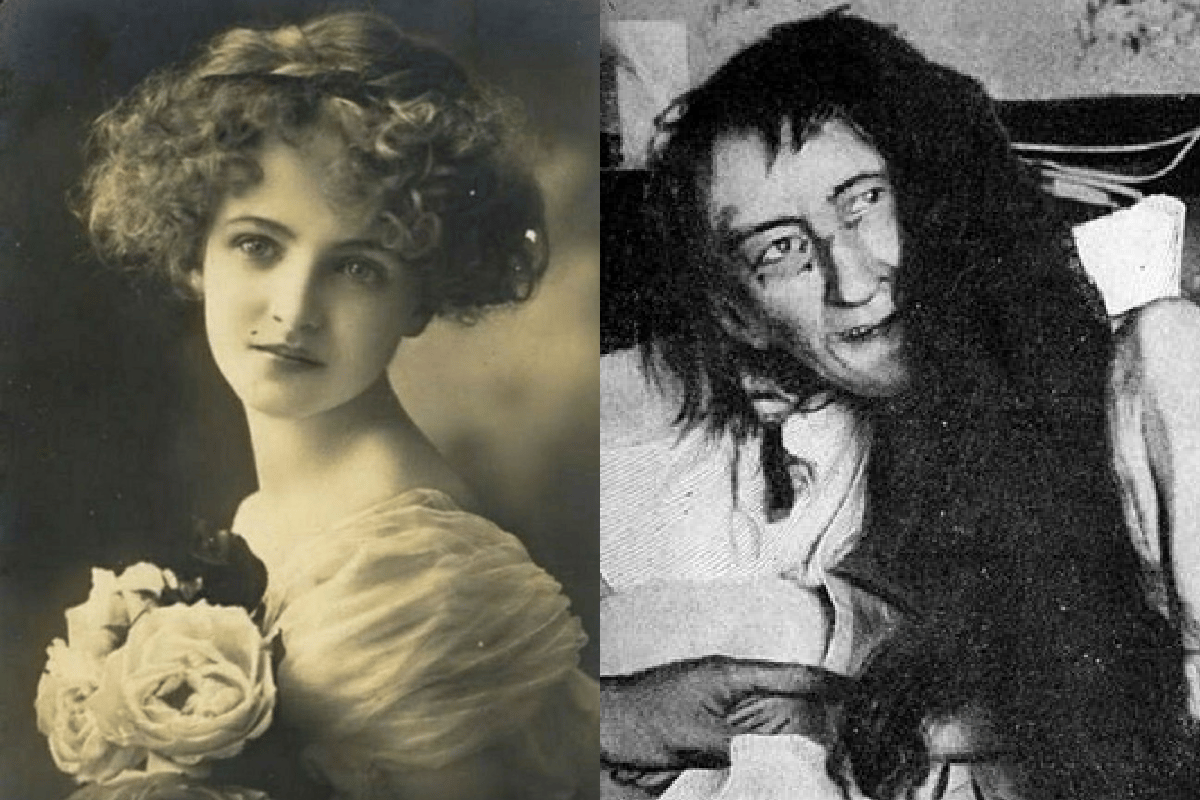 Blanche Monnier had an enviable reputation in her early twenties.

Described by acquaintances as "very gentle and good-natured", the French socialite was raised by a well-respected, wealthy family from Poitiers, France.

As part of a prominent family in Parisian high society, Blanche Monnier attracted dozens of potential suitors for marriage.

Watch the trailer for True Crime Conversations below. Post continues after video.

But at 25, the French socialite seemingly disappeared without a trace.

In the years that followed, Blanche's mother, Madame Louise Monnier, and Blanche's brother, Marcel, publicly mourned her disappearance. (Blanche's father, Emile Monnie, had died a few years earlier.) Likewise, Blanche's friends had no idea where she was.

Eventually, high society moved on. Many believed that Blanche had simply run away to start a new life. But 25 years later, there was a chilling development in the case.

On May 23, 1901, the Paris Attorney General received an anonymous letter.

"I have the honour to inform you of an exceptionally serious occurrence," the letter read.

"I speak of a spinster who is locked up in Madame Monnier's house, half-starved and living on a putrid litter for the past 24 years – in a word, in her own filth."

After Louise attempted to deny the police entry to the family's estate, the police forced their way inside.

On the second floor of the house, police discovered a dark, foul-smelling room.

The room was pitch black. Inside, lying completely naked on a rotten straw mattress, was Blanche Monnier. 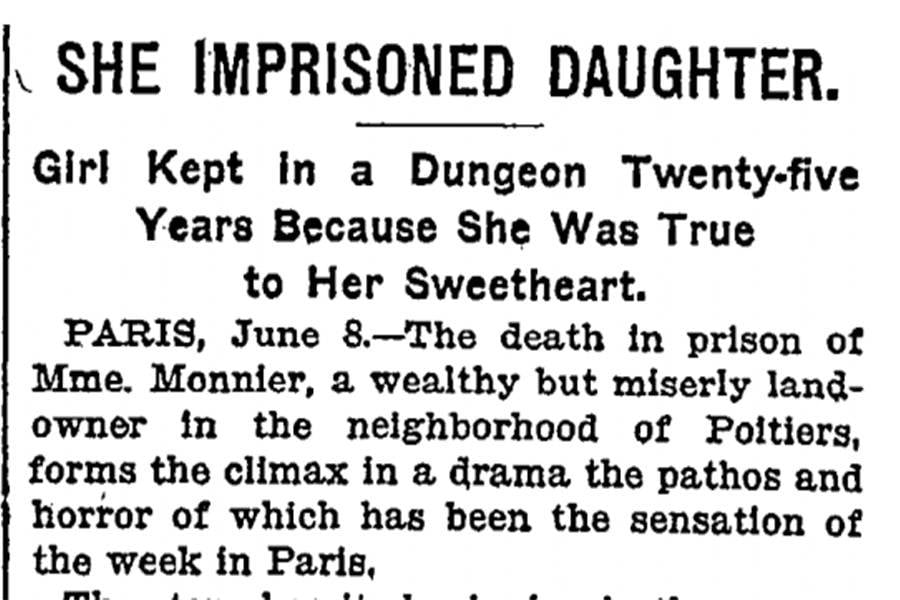 "As soon as light entered the room, we noticed, in the back, lying on a bed, her head and body covered by a repulsively filthy blanket, a woman identified as Mademoiselle Blanche Monnier," a witness report read, according to History Key.

"All around her was formed a sort of crust made from excrement, fragments of meat, vegetables, fish, and rotten bread. We also saw oyster shells and bugs running across Mademoiselle Monnier's bed.

"The air was so unbreathable, the odour given off by the room was so rank, that it was impossible for us to stay any longer to proceed with our investigation."

Blanche Monnier had been locked inside the small attic for 25 years. She weighed just 25 kilograms, and she hadn't seen sunlight or even another human being for decades.

An article in The New York Times read: "Time passed, and Blanche was no longer young. During all that time the girl was confined in the lonely room, fed with scraps from the mother's table – when she received any food at all. Her only companions were the rats that gathered to eat the hard crusts that she threw upon the floor. Not a ray of light penetrated her dungeon, and what she suffered can only be surmised."

After Blanche was transported to hospital, her mother, Louise, was arrested.

As the investigation unfolded, police learned that Blanche's mother locked her in the attic as she desired to marry an older lawyer.

Initially, Louise begged her to call off the relationship, claiming that she didn't want Blanche to marry a "penniless lawyer". But she refused.

Eventually, Louise retaliated by confining her daughter to a life in the tiny attic. If Blanche wanted freedom, she would have to break off the relationship.

As Blanche laid captive, the lawyer eventually died, meaning she never reunited with him.

Both Blanche's mother and brother were arrested for their crimes. However, Louise passed away not long after her arrest.

Marcel, on the other hand, was initially sentenced to 15 months in prison after being accused of being his mother's accomplice. But after several appeals, he was set free.

In 1913, 12 years after she was discovered in the attic, Blanche Monnier died in a psychiatric hospital. She was 64 years old.

C
carmel79 a year ago