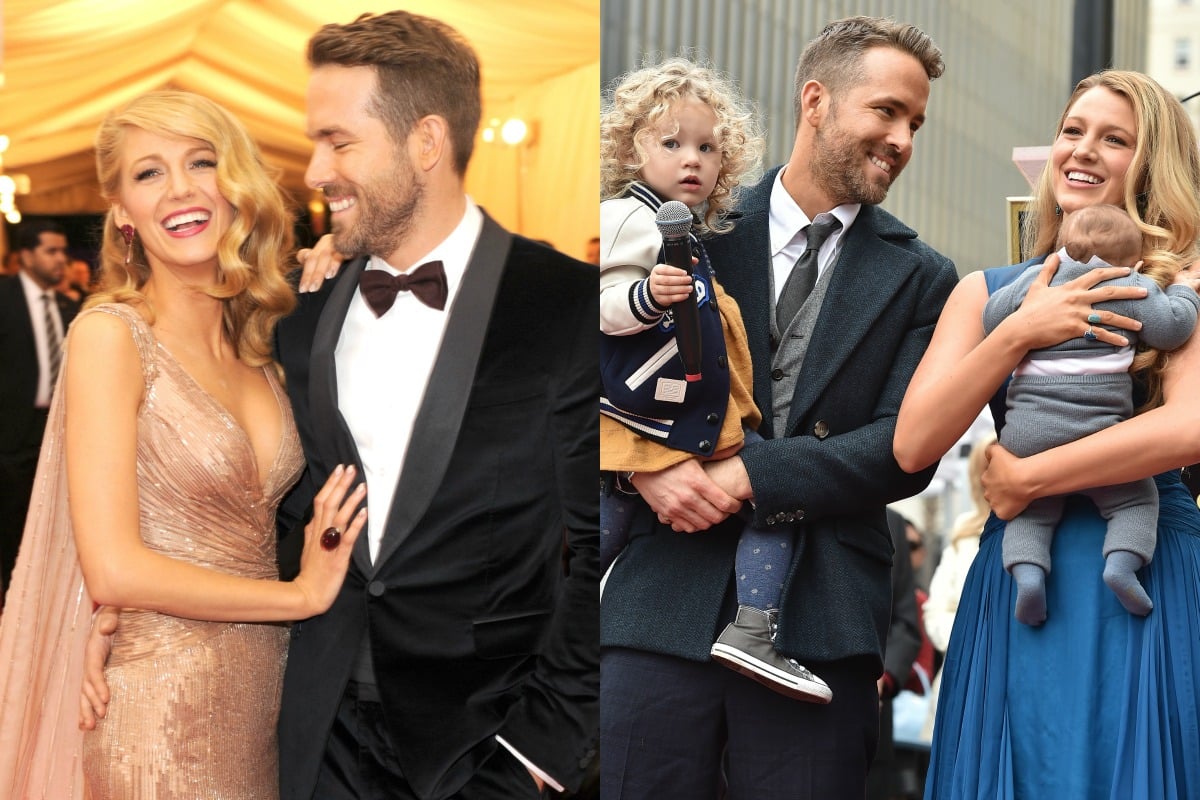 In 2010, Blake Lively and Ryan Reynolds were cast as love interests in the superhero film, The Green Lantern. At the time, Reynolds was married to actress Scarlett Johansson, while Lively was in a relationship with her Gossip Girl co-star Penn Badgley.

Ten years later, Lively and Reynolds have been married for eight years and live a relatively private life with their three daughters.

Watch the trailer for the movie that Ryan Reynolds and Blake Lively starred in together, The Green Lantern. Post continues below.

After filming The Green Lantern together, Blake Lively and Ryan Reynolds became close friends. Reynolds had just finalised his divorce, and the two went on a double date. But... not with each other.

"That was the most awkward date because we were just like fireworks coming across," he continued.

"It was weird at first but we were buddies for a long time. I think it's the best way to have a relationship is to start as friends."

It was during a dinner at a New York City restaurant when the friendship turned into romance.

"We were hanging out at this little restaurant in Tribeca that's open really late, and this song came on and I was just like, 'Want to dance?'" Reynolds shared.

"No one was in there, so it was just totally empty. And it was just one of those moments where halfway through the dance, it was like, 'Oh, I think I just crossed a line.' And then I walked her home. And, uh, you know, I don't really need to go into what happened after that," he said.

By the end of 2011, the couple were officially dating. And less than a year later, they wed at Boone Hall Plantation in Mount Pleasant, South Carolina.

The intimate ceremony was attended by 35 guests, including Lively's The Sisterhood of the Travelling Pants co-stars America Ferrera, Amber Tamblyn and Alexis Bledel, as well as Lively's self-confessed 'idol' Martha Stewart who helped plan the special day.

While at the time the couple didn't think much about marrying on a plantation, they have since regretted the decision.

"It’s something we’ll always be deeply and unreservedly sorry for," Reynolds told Fast Company this week. "It’s impossible to reconcile. What we saw at the time was a wedding venue on Pinterest. What we saw after was a place built upon devastating tragedy.

"Years ago we got married again at home - but shame works in weird ways. A giant f*cking mistake like that can either cause you to shut down or it can reframe things and move you into action. It doesn’t mean you won’t f*ck up again. But repatterning and challenging lifelong social conditioning is a job that doesn’t end," he continued.

Three years after they married, Lively gave birth to their first daughter James in December 2014. 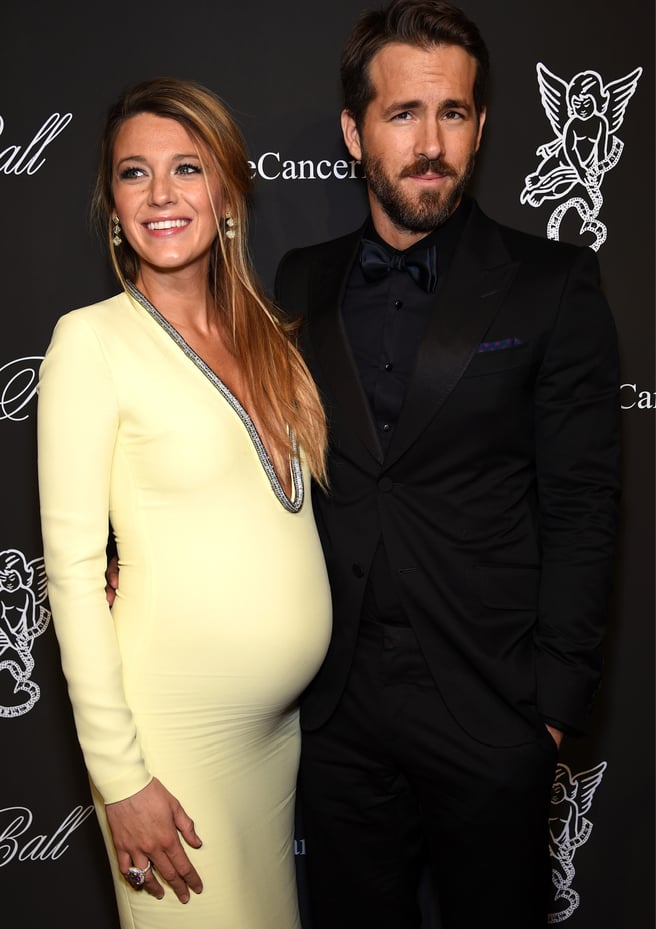 "I'm not one for vomiting declarations of sentiment out across the airwaves, but when we had that baby, I fell more in love with my wife than I'd ever been in my entire life. I couldn't even believe it," Reynolds told David Letterman in a 2015 interview.

Two years later, their second daughter Inez was born in September 2016. And three years after that, they welcomed Betty in October 2019.

"It's like going from two to 3,000," Lively told E! Online when discussing the difference between having two children and three.

"I mean, we have so many children. It's pretty crazy. We're outnumbered, and it's a lot.

"People say going from two to three, it's the same, you know, it's kind of easy - those people do not have three kids."

When asked about raising three girls, Reynolds had nothing but positive things to say.

"I kind of like my life," he told Extra. "I’m really sort of into my children, which I know isn’t popular to say." 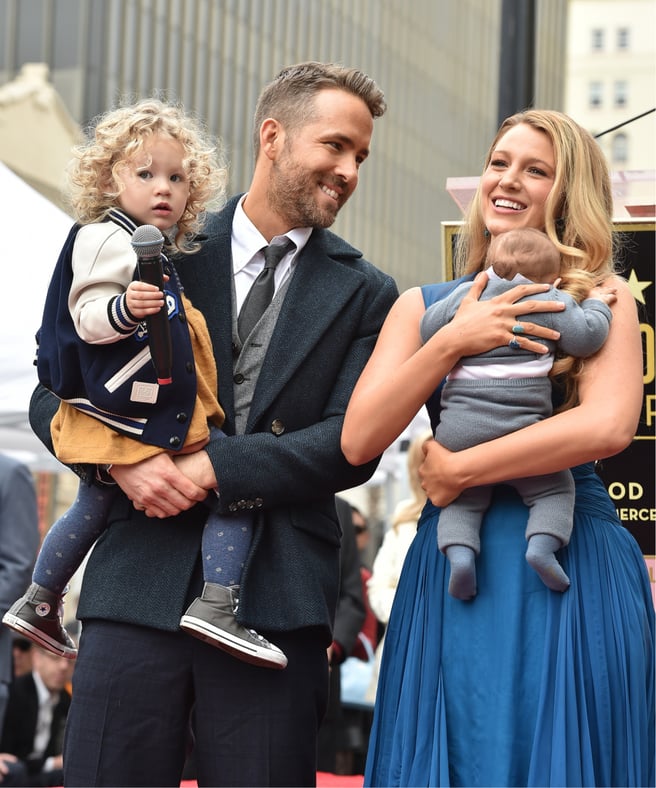 When it comes to their children, both Reynolds and Lively are notoriously private.

Neither has shared their children's birthdays, there are almost no photos of them and with their third child Betty, it was only when discussing the importance of voting in Canada (Reynolds' home country) that they revealed the child's sex for the first time.

I love B.C. 🇨🇦 I want my daughters to experience the same natural playground I grew up in. On Oct. 21, the candidate you vote for will SHAPE CLIMATE POLICY. I’m proud of the climate progress made the last 4 years. Click https://t.co/gJ8wvRwD2y for voting info. #Capilano pic.twitter.com/a3itOeIqQx

Reynolds and Lively's life outside of the public eye has always seemed relatively normal.

Lively shared her love for baking at home when appearing on Vogue's 73 Questions, they have each commented on how introverted they are when the camera isn't rolling, and they have also noted the importance of staying together as a family unit when either is working on a film.

"Blake and I don’t do movies at the same time. If she is doing a movie in Thailand and I am doing a movie in Vancouver we would just never see each other. We operate as a unit, and that works really well for us," Reynolds told People.

"The kids stay with us, and the family stays together, and that is where home is. So if we are in Spain or Utah or New York, as long as we are together, we’re home."

"I admire people who find that what fulfills them is their art or their work, but what fulfills both me and my husband is our family. Knowing that, everything else comes second," Lively told Glamour in 2017.

"We’ve each given up stuff we loved in order to not work at the same time. I’m fortunate to be in a place now where I get to find the material—a book or script—early and develop it. So I know ahead of time that I’m going to be working on this job at this time. And we can plan around it."

Best. Birthday. Everrrrr. Courtesy of my wife, buddy, and international spy, @blakelively. With huge thanks to my favorite restaurant in NYC, @_o_ya_ -- and a special shout out to our children for not ruining everything like they planned.

And if you didn't know already, Reynolds is quite the prankster.

Every year, for Lively's birthday he chooses less than flattering photos to post on social media, in what seems to be an inside joke the couple share.

Happy Birthday to my amazing wife.

"All day long we joke around with each other because that's my best friend," she added when speaking to UsWeekly.