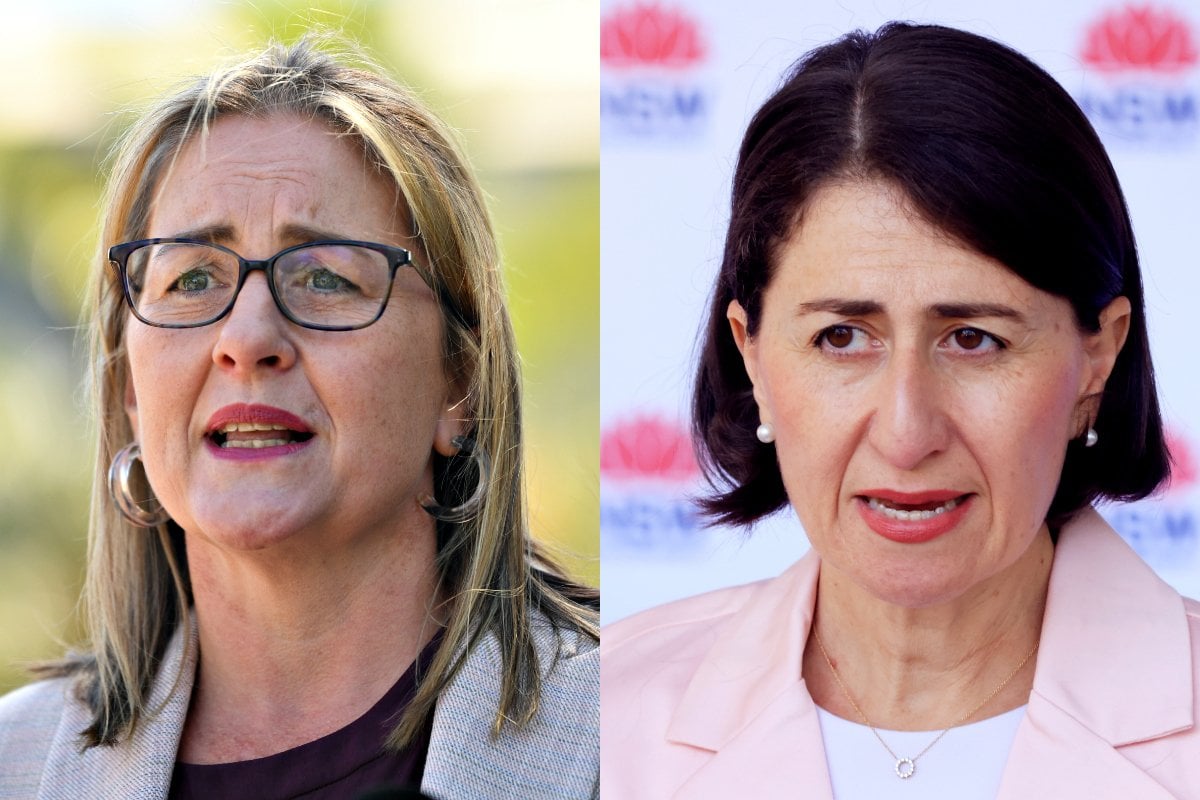 The start of 2021 is proving to be a tenuous time for Australia's two most populous states, as they once again find themselves racing to squash outbreaks of COVID-19.

Both New South Wales and Victoria have recorded cases of community transmission, prompting health authorities to introduce new public health restrictions, including mandatory mask wearing for some residents and lower caps on gatherings.

Other state leaders have also tightened border rules against the affected areas in an effort to prevent the virus from seeping into other corners of the country.

So how did we get here? And how exactly are authorities responding?

In the latter half of December, a COVID-19 cluster emerged on Sydney's Northern Beaches, prompting local lockdowns and city-wide restrictions over the holiday period. But speaking to the media on Friday, Premier Gladys Berejiklian said it appears most of the community transmission in the region has now "been stomped out".

Now, all eyes are on the city's west, where small pockets of cases have sprung up in recent days.

In the 24 hours to 8pm Friday, NSW recorded seven new cases of COVID-19 community transmission. Of those, six have been linked to existing clusters, including five to the emerging Berala cluster in Sydney's western suburbs.

The state now has 180 active cases.

On Saturday, the NSW Government issued health alerts for several additional locations in the area. It also urged anyone in the state with even the mildest of symptoms to get tested.

NSW recorded seven locally acquired cases of #COVID19 in the 24 hours to 8pm last night, with an additional 12 cases in returned travellers in hotel quarantine. This brings the total number of COVID-19 cases in NSW to 4,758 since the beginning of the pandemic. pic.twitter.com/K2m38p6uwx

Two weeks after cases first began emerging in the Northern Beaches, it remains unclear from where the cluster originated. Genomic testing has suggested that the virus is linked to a US strain, but how it arrived in Avalon is yet to be determined.

The cluster in the city's west, which has emerged over the past few days, has so far been tied to two sources courtesy of genomic testing: a patient-transport worker, who has been linked to a patient with an overseas-acquired infection; and the mysterious Avalon cluster, which is the source of recent cases in the inner-west suburb of Croydon.

Health authorities are awaiting genomic sequencing to determine the origins of an emerging cluster in nearby Berala, the results of which are due on Sunday.

With case numbers easing on the Northern Beaches, lockdown restrictions have been relaxed for residents of the region's southern zone. They are now under the same restrictions as Greater Sydney. Meanwhile, those in the northern zone (north of the Narrabeen Bridge) will remain under stay-at-home orders until at least January 9.

Meanwhile, new public health measures were announced for Greater Sydney, which will come into effect at midnight on Saturday.

From then, masks will be mandatory in indoor settings, including shopping centres, on public transport, in entertainment venues such as a cinema, in places of worship, and in beauty salons and hairdressers. Hospitality staff will also be required to wear masks at all times.

Anyone who fails to comply will face fines of up to $200, although a grace period will apply until Monday.

In response to the clusters, several states and territories have implemented travel restrictions on people who have been to NSW. Victoria and Western Australia have closed their borders to the entire state, while others have restrictions in place for those who've recently been to hotspot areas.

States have also advised their residents against travelling to Greater Sydney.

Victoria reported 10 new cases of COVID-19 community transmission in the 24 hours to 8pm on Friday.

The state now has 29 active cases in isolation, as well as roughly 220 close contacts.

Yesterday there were 10 new local cases reported, 2 cases internationally acquired and in hotel quarantine. Thanks to all who were tested, 18,337 results were received. #EveryTestHelps #StaySafeStayOpen More later: https://t.co/lIUrl1hf3W #COVID19Vic pic.twitter.com/m9A6q7E2ki

All locally acquired cases recorded in Melbourne in recent days have been linked back to a December 21 dinner service at the Smile Buffalo Thai restaurant in Black Rock, a suburb in the city's south-east.

Genomic testing has established that the outbreak is directly linked to that in NSW, though exactly when and how it crossed the border remains unknown.

Victoria’s testing commander Jeroen Weimar on Friday urged anyone in the state who had arrived from NSW over the holiday period to get tested, along with anyone showing even mild symptoms.

"If you're sitting around any other part of Victoria thinking you're not feeling 100 per cent you may be part of that other new chain of transmission that we don't have identified," he said.

"The only way we spot these clusters is if people get tested."

As of Thursday evening (December 31), new restrictions were implemented across the state.

Travel restrictions have also been put in place by Western Australia, which on Friday closed its border to anyone who's been in Victoria since December 21 and hasn't since spent 14 days in a lower-risk state or territory.

Queensland authorities have urged residents not to travel to the state.

For more information including alerts, public health- and travel restrictions, visit the website of the relevant health department in your state. Links can be found on the Australian Government Department of Health Website.