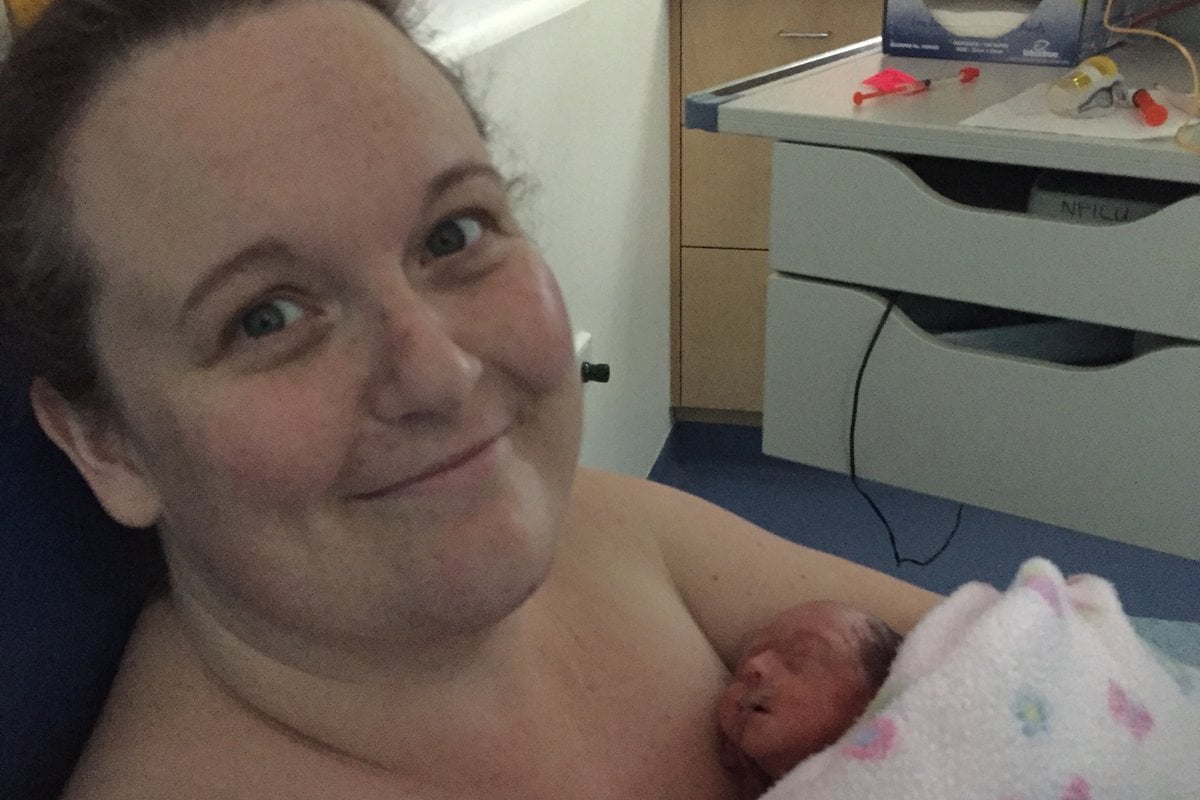 This week we profile Tasmanian teacher Sarah Clark who is mum to nine-year-old Emma and five-year-old ‘micro-preemie’, Tess.

After a relatively straightforward pregnancy and vaginal birth for daughter Emma in 2011, Sarah and her husband Tim imagined the same would happen with baby number two.

“It took us a little while to fall pregnant with Emma, so we weren’t worried initially, but after a couple of years trying and a miscarriage, we thought we might need some fertility help,” Sarah said.

“We went through two years of IVF before receiving the good news that I was pregnant via a phone call while on holidays!”

Listen: On our fertility podcast Get Me Pregnant, we ask an expert everything you need to know about IVF.

The couple’s jubilation was brief after Sarah began bleeding while still away from home.

“We essentially grieved the loss, as the experience was so similar to my previous miscarriage. It was a huge and wonderful surprise two weeks later when the clinic told me I was still pregnant and that my baby had a heartbeat!”

Sarah was told to rest as much as she could, which as a teacher and mum to a busy three-year-old, was a challenge. 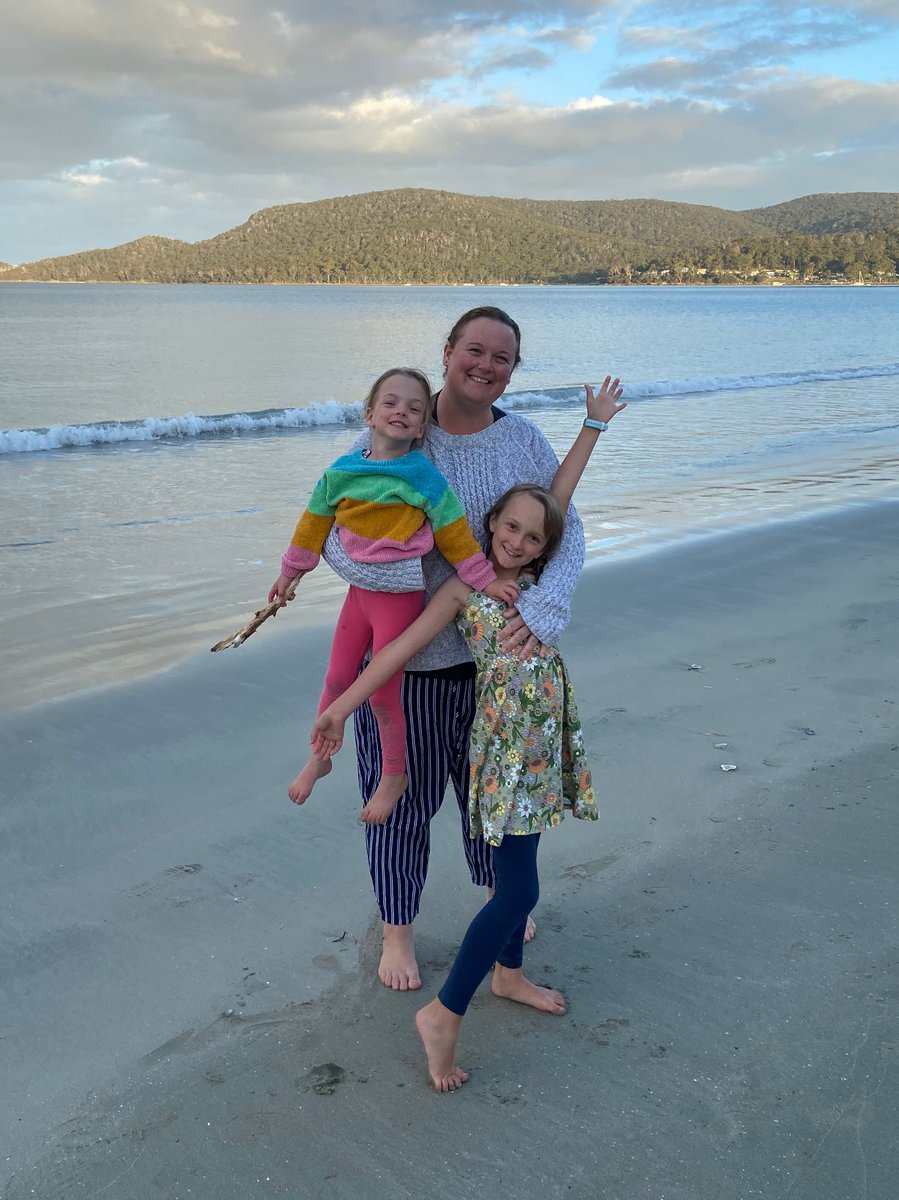 Sarah and her kids. Image: Supplied.

“I didn’t do anything crazy and I was very relieved when I made it to the 12-week mark.”

It was around this time that Sarah’s mum was tragically diagnosed with terminal cancer and went into hospital for treatment.

“Shortly after mum’s diagnosis and at 20-weeks pregnant I started bleeding again.”

Astoundingly, Sarah drove herself to hospital, where she was taken straight into theatre for a cervical stitch.

“After the operation, my obstetrician warned Tim and I to prepare for the worst. He said that our baby was unlikely to survive and suggested bringing on labour to lessen the risk of infection.

“I could still feel my tiny baby flipping around in my tummy and I just couldn’t agree to do it. While I knew my doctor was just looking at the likeliest outcome, I wanted to wait for nature to take its course.”

Sarah stayed in the birthing suite for a few days before moving to a private room. A second period of grieving was gradually replaced by glimmers of hope.

“At first, we were convinced we had lost her, but as each day passed, I began to keep a tally by my bedside. I knew the medical staff were wary of giving me too much hope, but when I would ask if this had ever happened before, I appreciated that they replied, ‘well that doesn’t mean it won’t happen for you’.”

Sarah did everything she could to give her baby the best chance of survival. It was a delicate balance of staying hydrated, but not drinking so much that she had to visit the bathroom too often. As each day passed, the weight of their sorrow began to lift a little more.

“I knew things were different when I got to the 24-week mark and my obstetrician started talking about NICU. We had to take it one day at a time, but it felt incredible that we were beginning to talk about our ‘baby’ after so much grief for her potential loss.”

At 26 weeks and after six weeks on bed rest, Sarah went into labour in a very dramatic fashion.

“I was in the bathroom when a waterfall of blood just began gushing from between my legs. I was so scared, but I managed to call Tim in between pressing the emergency button for help.

“From that point on it was crazy and people were everywhere. The nurses were wonderful but I could see panic on their faces and I knew that wasn’t good.”

By the time Sarah was wheeled from the private hospital to the Royal Hobart, Tim had arrived to be with her.

“Tim and I managed to exchange a look before I was wheeled into theatre. It was frightening and a bit like being on TV; there were so many people and so much noise and commotion.

“My obstetrician was his usual calm self, but I could tell that even he was rushing to get the baby out and into the safe hands of the NICU team. I knew in that moment that even if I didn’t make it, my baby was in the best place.”

Sarah’s c-section incision was made vertically down from her belly button; a much larger opening than usual to ensure doctors had room to manoeuvre her micro-preemie baby out delicately to prevent brain injury.

“As soon as Tess was born she made a tiny cry, something they told me she wouldn’t do. She was then wrapped in cling wrap for warmth and put straight into a special crib that looked like a fish tank. She only weighed 999g and resembled a beautiful, tiny Barbie doll.” 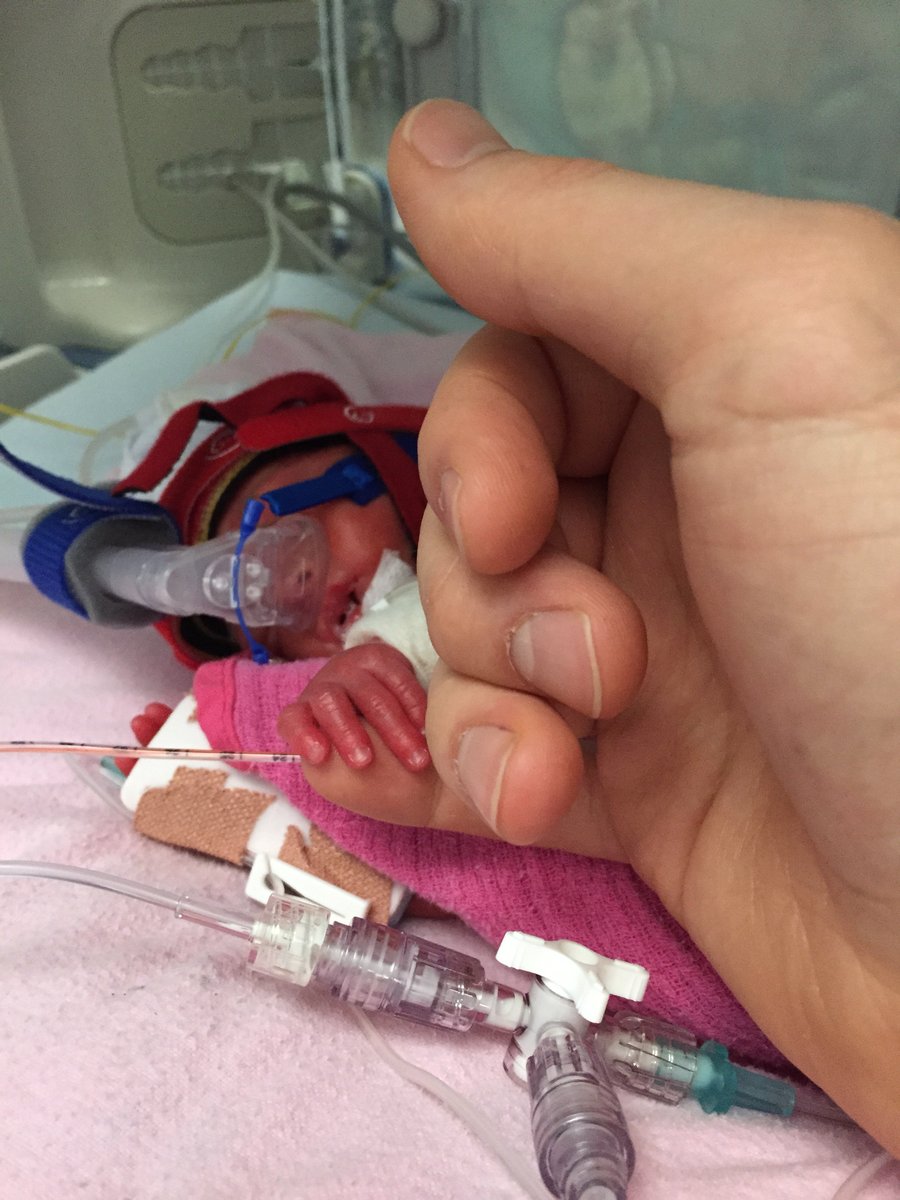 Baby Tess spent a total of 98 days in hospital. It was a long and highly stressful few months for the new parents who initially had to go home without their precious daughter.

“Physically my recovery took much longer than I expected. I was in a wheelchair and couldn’t walk for a week, but after eight days I was allowed home. It was the hardest thing ever to leave Tess behind, but the NICU staff were amazing.

“Even when I wasn’t in the room with Tess, I would call to check on her or a nurse would call to reassure me that she was doing well. They made me lactation biscuits, tiny knitted clothes and posters for her room. They were like family.”

Sarah recalls the first time she held Tess, who could then fit into just one hand. 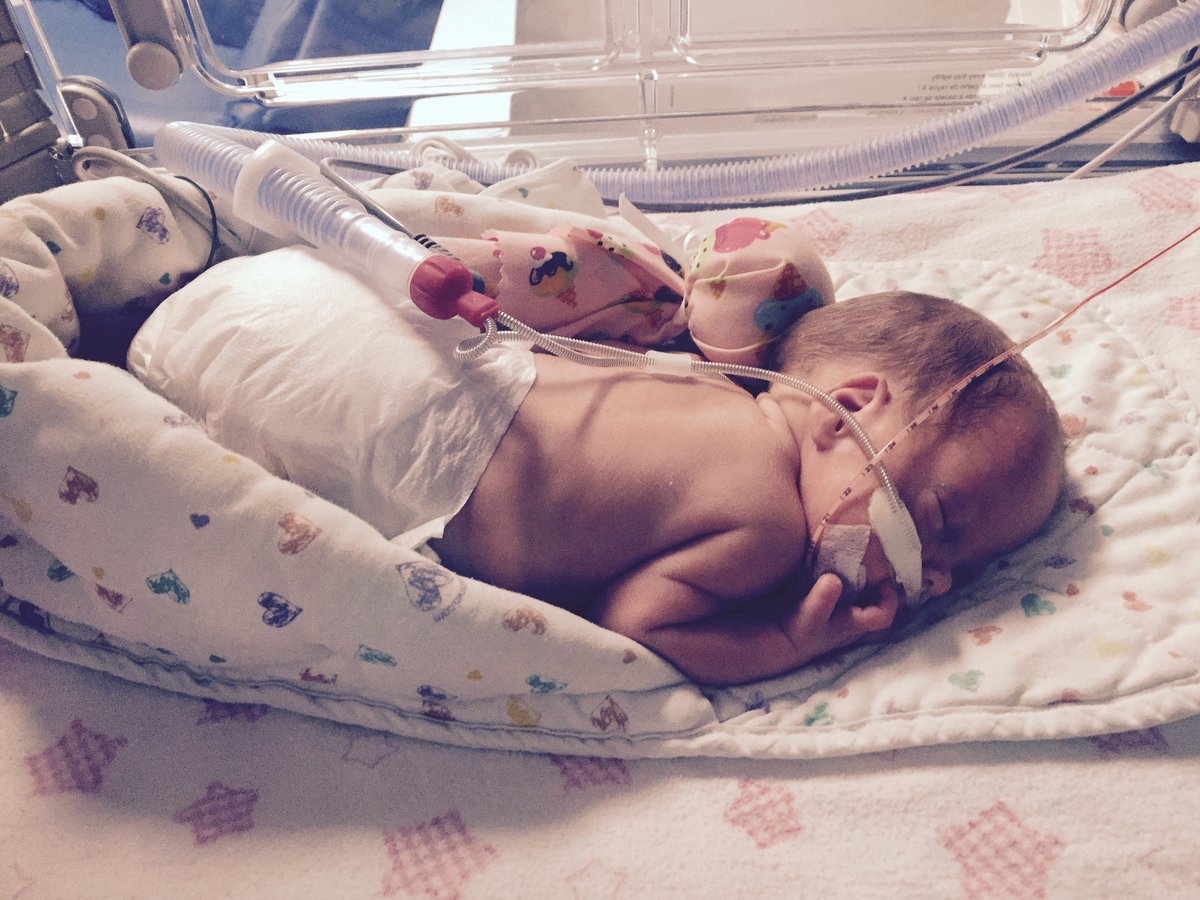 “Tess was a fighter, and when I looked at her it was like she knew who I was. It sounds crazy, but I could see the recognition in her eyes and she sort of snuggled into me. The connection we had was instant.”

After three months in hospital, Sarah and Tim finally got to take Tess home to start life with sister Emma. It wasn’t all plain sailing, as having a micro-preemie baby with chronic lung disease meant regular hospital check-ups and infection fears.

“A little like now with Covid restrictions, back then we had to be very strict with visitors sanitising their hands and not coming to see Tess if they had cold or flu-like symptoms.

“In the first two years of her life, we were told that a cold could be potentially dangerous. It was really hard, but Tess stayed well and now that she is five years old and at school, she is thankfully doing all the things she is supposed to.” 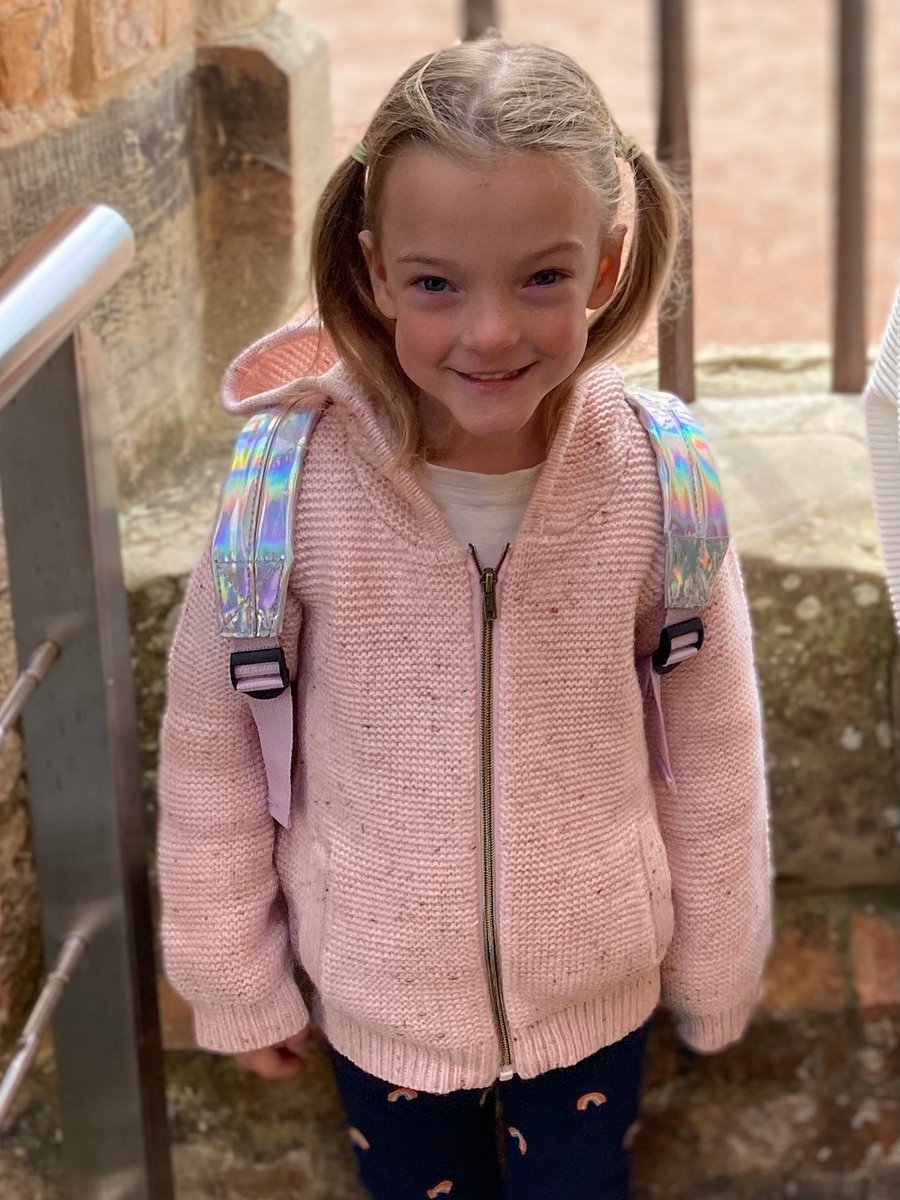 Looking back at her pregnancy and birth experience coupled with the death of her dear mum, Sarah feels she may have some related post-traumatic stress.

“I am aware not everyone is as lucky as we were, so while it was an incredibly traumatic and stressful time, I try to focus on what matters most; that Tess is here, we love her and she is utterly fabulous!”

f this has raised any issues for you or if you would like to speak with someone, please contact the Sands Australia 24 hour support line on 1300 072 637.