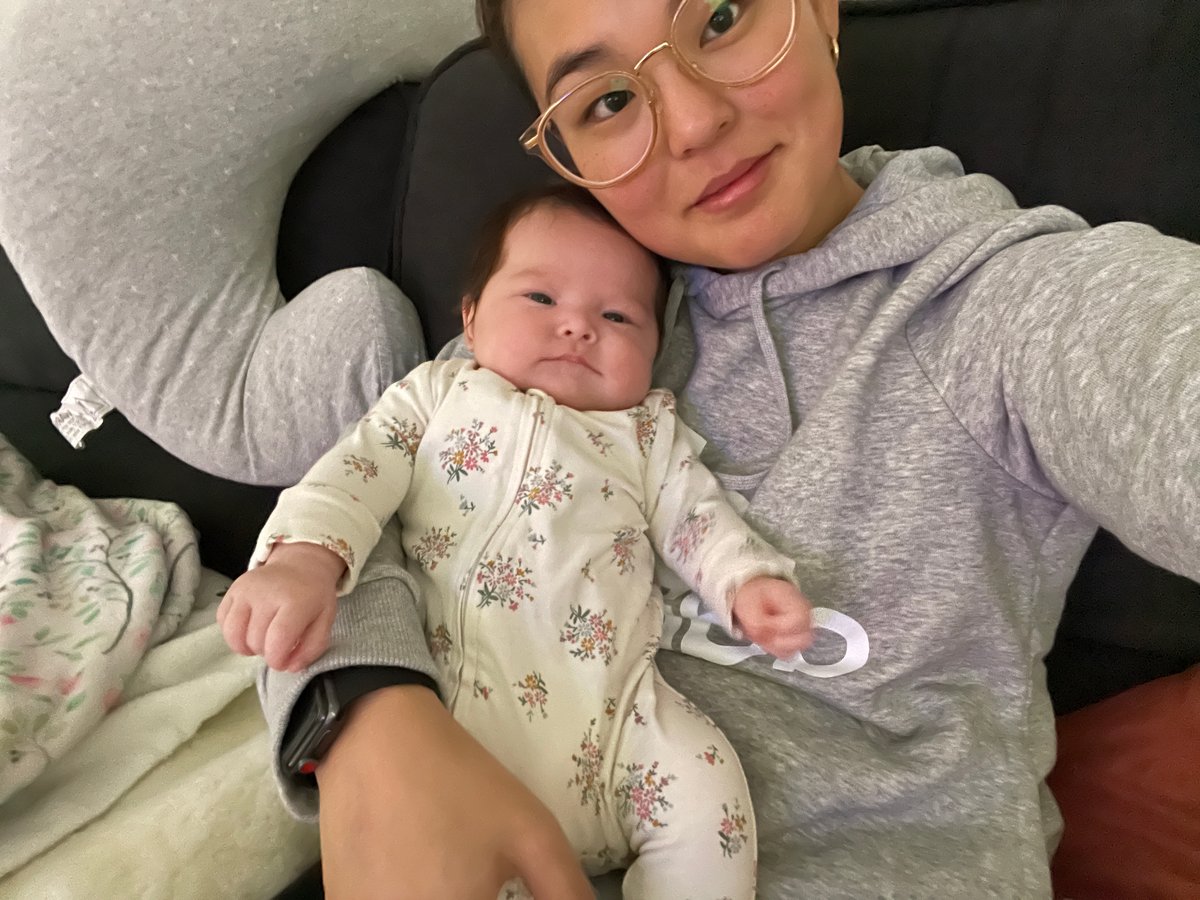 This post deals with stillbirth and contains sensitive images. It could be triggering for some readers.

Pregnancy after loss is so backwards.

The purpose of this article is to empower others to be true and raw with their feelings when it comes to pregnancy after loss.

I want to share my feelings that may be viewed as controversial but prove that there is no right or wrong when it comes to grief and that ALL our feelings are valid.

I hope to give others the courage to speak up about how they feel without feeling guilty or questioning themselves. We shouldn’t have to go through confronting feelings alone.

On January 26, 2021, our daughter Frankie Marjorie Knox was born. Stillborn but still born. 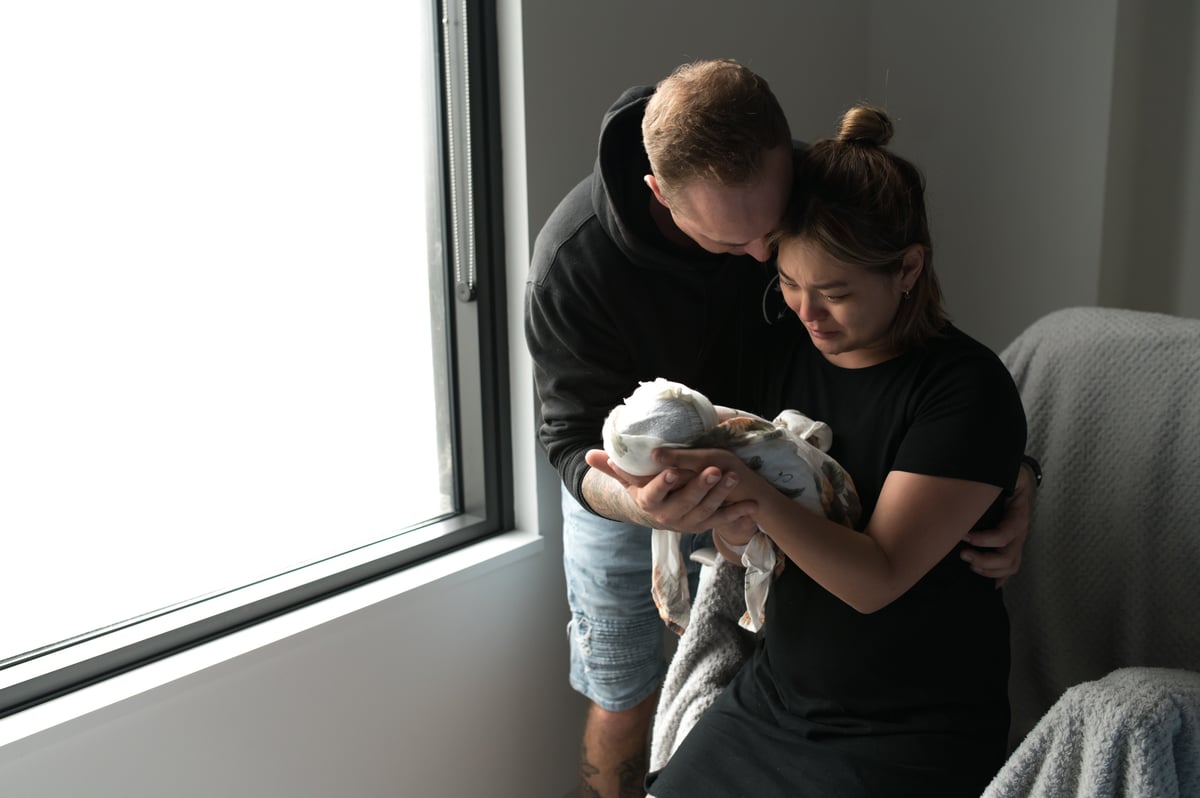 Frankie was born at 36 weeks gestation. She was our first child and at the time, she was going to be our only child.

Frankie thrived right up until 30 weeks, but somewhere in between 30-36 weeks, things seemed to take a turn for the worse.

Frankie’s autopsy revealed our little girl had a lot going on.

My placenta was critically small and contained blood clots; a section of it was completely dead.

We were also informed that Frankie had an issue with the 9th chromosome which is called mosaic Trisomy 9.

Luckily, this chromosomal issue isn’t genetic. However, genetic counsellors and medical professionals put it down to “bad luck”.

Three months on from our devastation, my partner Michael and I decided to try to conceive again. I vigorously tracked my periods and ovulation through apps, bought multiple test kits, and signed up for acupuncture.

After three months of trying to conceive, we got those two lines: A POSITIVE PREGNANCY TEST!

Hesitant to believe that we were pregnant again, I continued to take multiple pregnancy tests a day for a week, believing and waiting for those two lines to become one.

Falling pregnant again opened the floodgates to a whole variety of emotions.

Emotions I didn’t expect. Emotions I was not ready for. Checking for blood soon became routine for me every time I went to the toilet.

After losing Frankie, all I wanted to do was to be pregnant again and to have that chance to become a mum.

I thought being pregnant and having another baby would be a joyous time, a time I yearned for, yet I soon realised how naïve I was and, for me, pregnancy after a loss was an experience full of fear and anxiety.

I just couldn’t seem to feel the things I knew I was supposed to. Instead, I ended up resenting the pregnancy.

I grieved for Frankie all over again, but this time it intensified. I wasn’t sad; I was angry.

I was angry that I was pregnant again because Frankie was supposed to be our one and only.

I never anticipated being in the position where I would be pregnant again, yet here I was, pregnant… again.

I experienced emotions I didn’t think were possible after a loss; emotions that others would quite possibly frown upon.

I hated Frankie for not being here. I hated her for leaving me.

Every day I would think to myself, “She should be here, I shouldn’t have to be pregnant again”.

All I wanted was Frankie. I just wanted her. As time went on and scans became more frequent, I became frustrated.

I knew I was struggling to connect with my baby growing inside of me.

Feelings of frustration and impatience surfaced when she didn’t cooperate at scans, and I would then start to compare her to how Frankie used to be in my womb - perfect and so well behaved.

I knew I had to keep myself busy during this pregnancy and decided that I wanted to help other bereaved parents in some sort of way.

After some research, I became a volunteer peer supporter for Red Nose and Sands Australia.

By doing this on a fortnightly basis, I was able to offer a very special and personal service that can only be delivered by those parents who have directly experienced or been impacted themselves by the loss of a baby or child.

I understood what it’s like to go through the loss of a baby and wanted to help others through their journey of grief.

I allowed others to talk to a non-judgemental person, and a space to talk freely with other parents who have lived through the experience.

This helped reassure bereaved parents that they are not alone, and their reactions are normal.

It wasn’t until 29 weeks I started to feel a connection with our daughter, who was growing and thriving inside my womb. I felt vulnerable as the connection grew stronger.

I already had in the back of my head that this baby wouldn’t make it home either.

I would cry to my partner in fear. I’d only experienced stillbirth as the outcome of pregnancy. It’s all I knew, and it’s all I was familiar with.

As the weeks went on and we started to approach the dreaded 36 weeks, I was convinced we'd end up with the same outcome as Frankie.

My emotions were in overdrive, and I couldn’t be excited. I was fearful and impatient.

Finally, the day arrived when it was time to bring this baby earth side and, my word, wasn’t it a dream come true! 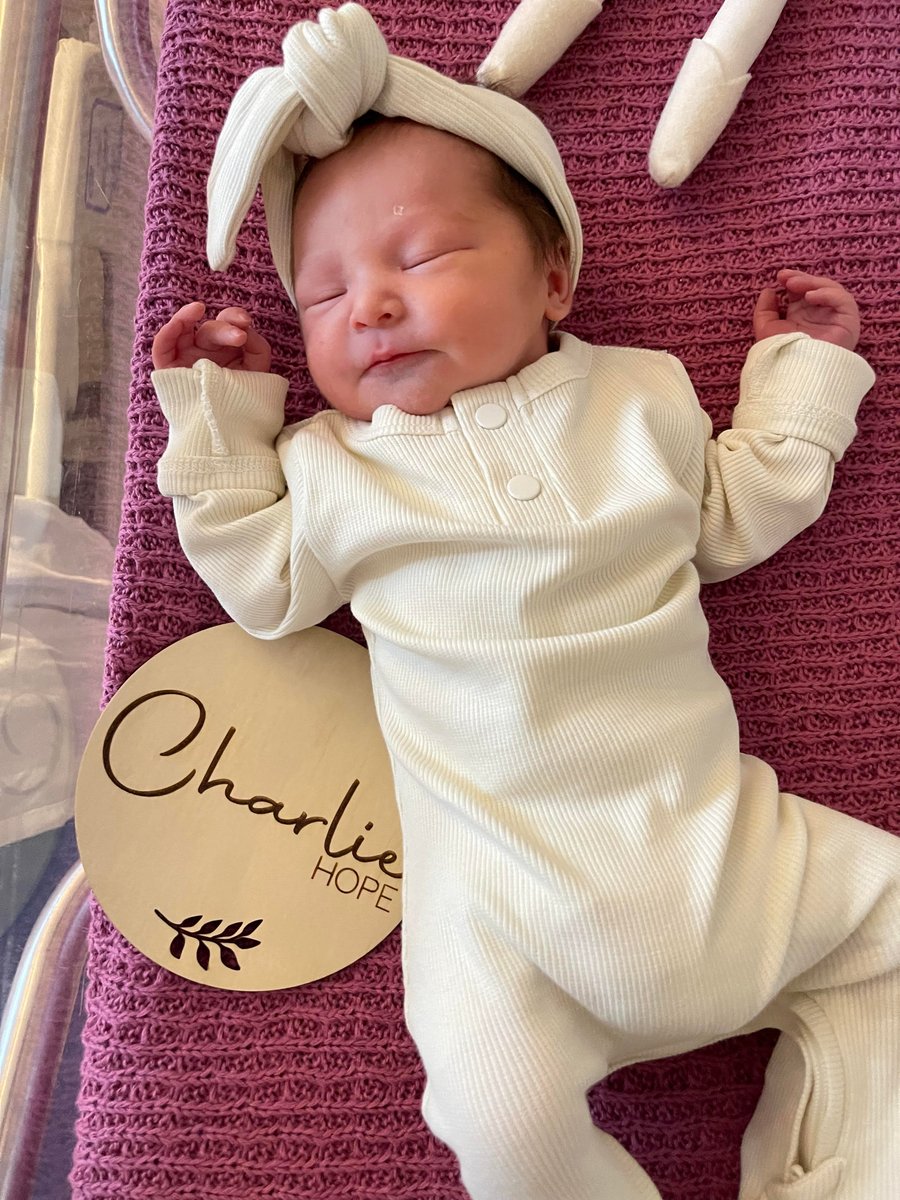 My body and mind were overflowing with such contradicting emotions. My heart was so full, but it still ached. I cried with happiness and relief and cried with sadness and grief - either way, whatever I felt, I felt guilty.

I felt a sense of emptiness as the baby I lost just over a year ago wasn’t here.

Does that make me ungrateful? No, it makes me human. It makes me a mother.

Stillbirth needs to be spoken about. Awareness needs to be shared and the emotions of grief need to be validated and normalised.

Our family will always be incomplete and, although nothing is ever guaranteed, there is always a chance for hope and renewal. 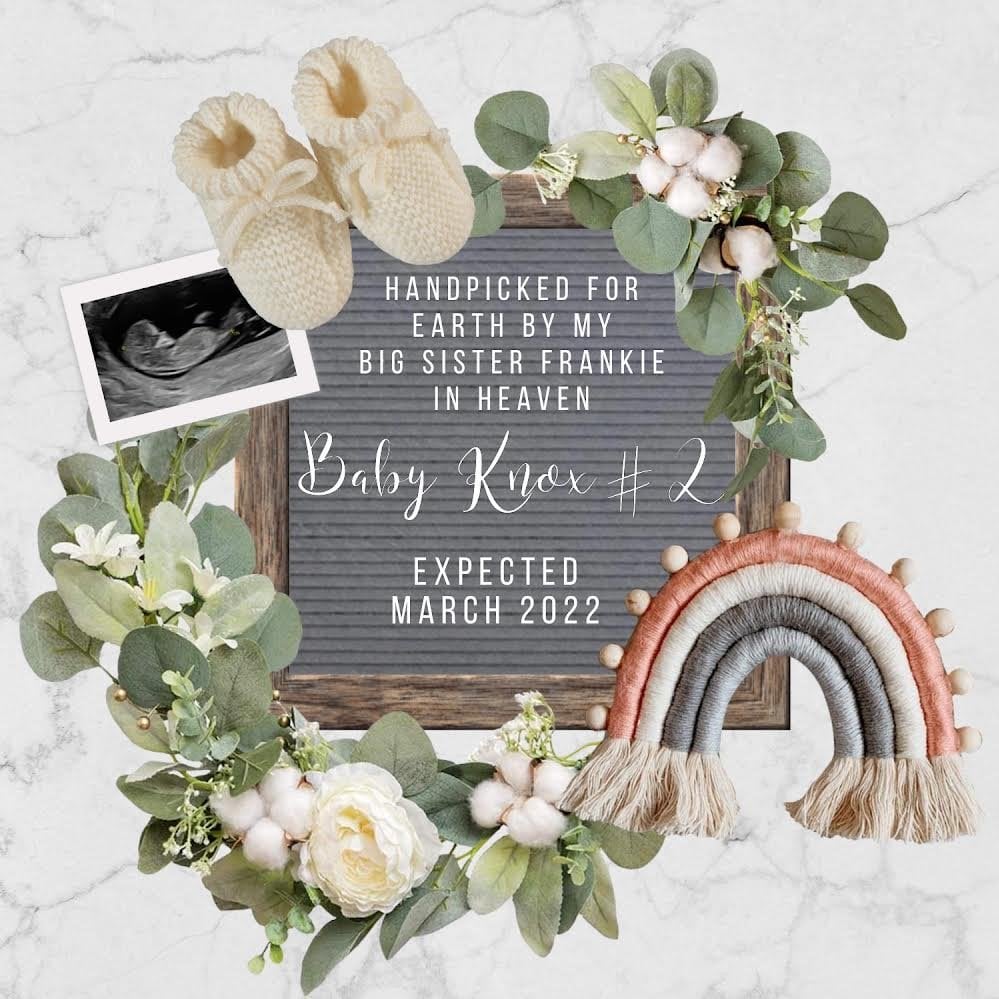