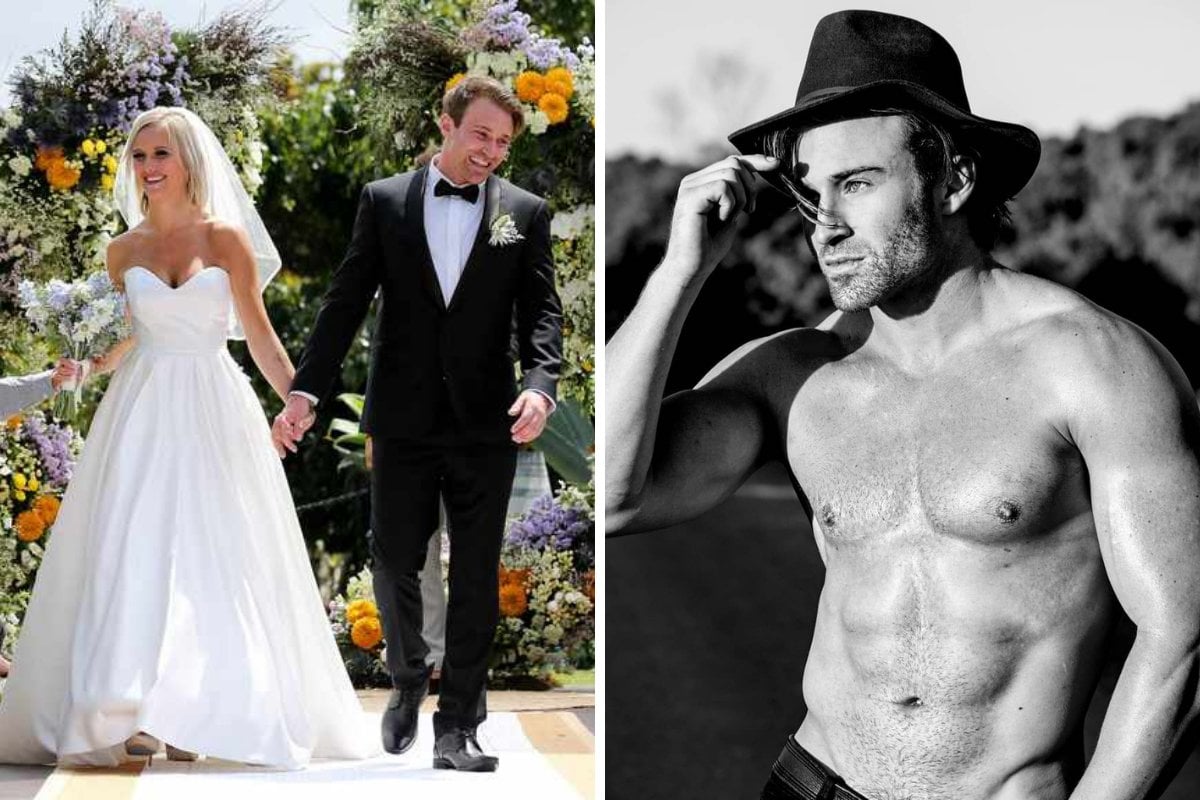 1. Billy from MAFS was catfished. Now he's dating the 'catfish'.

So, it turns out Billy Vincent (who starred in the 2019 season of MAFS) has a love story that's a whole lot more interesting than we expected, and you wanna hear about this.

After his not-so-successful attempt at finding the one on Married At First Sight, where he was paired with Susie Bradley, Billy turned to Tinder to look for love, which is where he found pro-snowboarder and model, Rani Siregar... twice.

"We met when we super liked each other on Tinder. I didn’t know at the time, but Billy had previously been catfished by someone pretending [to be me]," Rani told the wash.

"Luckily it ended up working in my favour. His first message to me was like, 'Well you’re familiar'."

After ensuring Rani was indeed, well, Rani, Billy took her out for their first date in January 2020.

"Billy invited me to move in with him around March due to COVID. Living together so soon [after meeting] was definitely an interesting way to develop our relationship," Rani said.

Now, the pair have just bought their first home together!

2. There’s an immense debate swelling around whether or not North West painted this masterpiece.

Another day, another Kardashian headline.

And today we've been greeted with perhaps the most creative to date, as the world asked: Is North West an artistic genius?

Kim Kardashian shared an Instagram Story with the caption "My little artist North", and the image that was plonked beneath it could honestly have been part of Van Gogh's body of work. 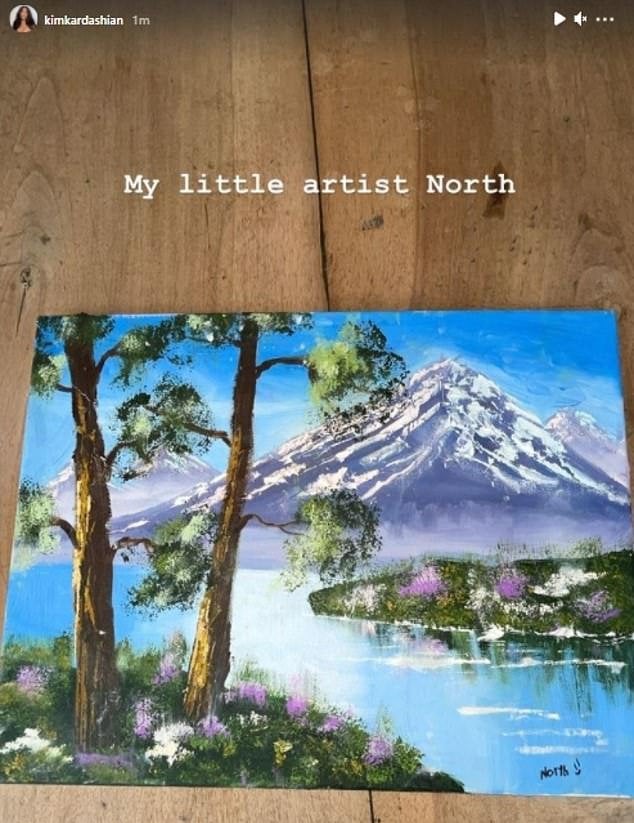 Obviously when this image hit the eyeballs of Kim's 204 million followers, there were some... questions.

'I'm supposed to work but I can't stop thinking about how North West did not paint this," shared one Twitter user.

"You're telling me North West is out here drawing like she is Bob Ross.. and I'm over here still drawing stick figures at 25?!?" another stated.

As predicted, a minor internet investigate ensued, with some followers zooming in and claiming to spot photoshopping. Just when the world wide web was getting seriously fired up, Kim Kardashian made a statement to shut everyone up.

"How dare you see children doing awesome things and then try to accuse them of NOT being awesome!?!?!" she screamed on socials. 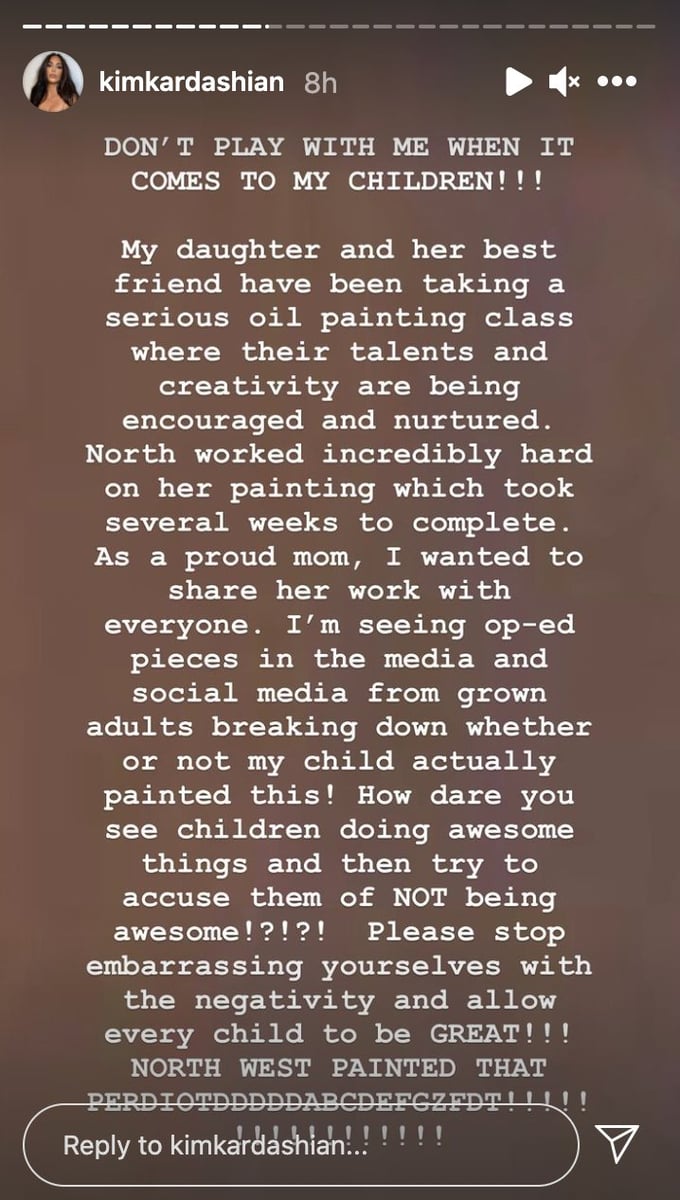 "Please stop embarrassing yourselves with the negativity and allow every child to be GREAT!!! NORTH WEST PAINTED THAT PERIOTDDDDDABCDEFGZFDT!!!!!!!"

Speaking of Kimmy K, have listen to this episode of The Spill where hosts Laura Brodnik and Kee Reece discuss the new book by Kim Kardashian's kidnapper. Post continues after podcast.

3. According to royal betters, Princess Eugenie’s baby is definitely called one of these names.

Princess Eugenie has welcomed her first child with her husband Jack Brooksbank. And there's already some pretty strong guesses as to what the baby boy's name will be.

According to Ladbrokes, the most popular potential baby name is Arthur, which is coming in at odds of 6/1. Arthur is actually the name of the baby's maternal grandfather, so it probably has a pretty good chance.

Other names in the running include James, at 7/1 odds and Frederick, Edward and Albert at 8/1 odds.

Hugo and Alfred could also be in the mix with odds of 10/1.

There's also a more uncommon name on the list - Tarquin, which is of Latin origin. But considering Eugenie's unique name, it could actually be a strong contender.

It's also expected the couple will steer clear of the name Andrew, given Prince Andrew's not-so-great reputation at the moment.

Whatever the name, the baby has already made a very cute addition to the royal family.

4. Go on, have a proper gander at Elyse Knowles engagement ring.

Elyse Knowles surprised precisely everyone when she announced that she was secretly engaged to her partner, Josh Barker, earlier this week.

The Block couple announced the exciting news over Instagram on Monday, sharing that they've been engaged since January this year.

"17~1~2021 @joshy.barker," Elyse captioned a photo of her and Josh holding her growing baby bump.

Now, thanks to Elyse's latest Instagram post, we've finally gotten a closer look at the ring. And it. is. gorgeous.

"Love surprises you when you least expect it," she captioned her most recent post.

You can check out the very sparkly diamond for yourself below.

The news comes after the couple announced they were expecting their first child together in September last year.

5. Despite everything, Britney Spears and Sam Asghari have maintained a 'normal' relationship.

Despite the frequent headlines about his partner, her father and the conservatorship she lives under, Sam has rarely spoken publically about Britney's predicament or the growing #FreeBritney movement.

Listen to Mamamia's entertainment podcast, The Spill. Post continues below.

But as the buzz continues from the New York Times' new documentary Framing Britney Spears, Sam has made rare admissions about his life with Britney and her fraught relationship with her father.

He addressed the situation on his Instagram story and gave a number of short statements to media, making clear he was not on good terms with Jamie Spears, who Britney, 39, is currently trying to have removed from her conservatorship.

"It's important for people to understand that I have zero respect for someone trying to control our relationship and constantly throwing obstacles our way," 26-year-old Asghari wrote on Instagram.

"In my opinion Jamie is a total dick. I won't be going into details because I've always respected our privacy but at the same time I didn't come to this country to not be able to express my opinion and freedom." 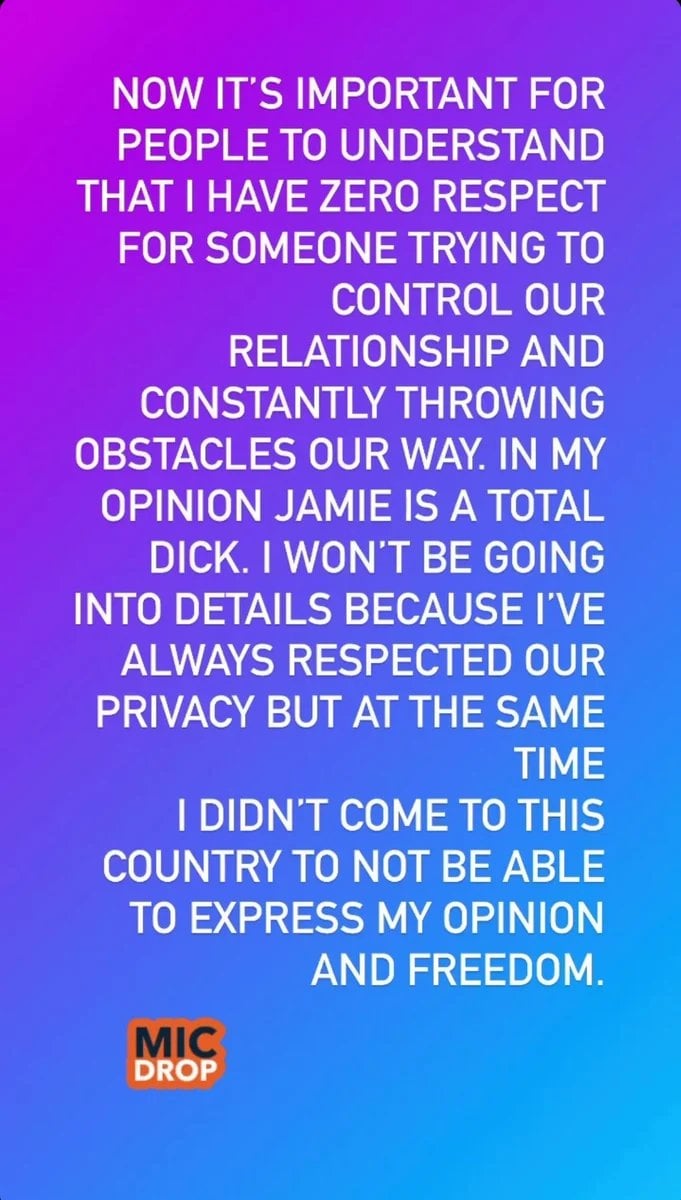 He told TMZ "once [Jamie] starts treating his daughter right, then we can be on good terms" causing fans to thank him for speaking up across social media.

You can read the full story over here.