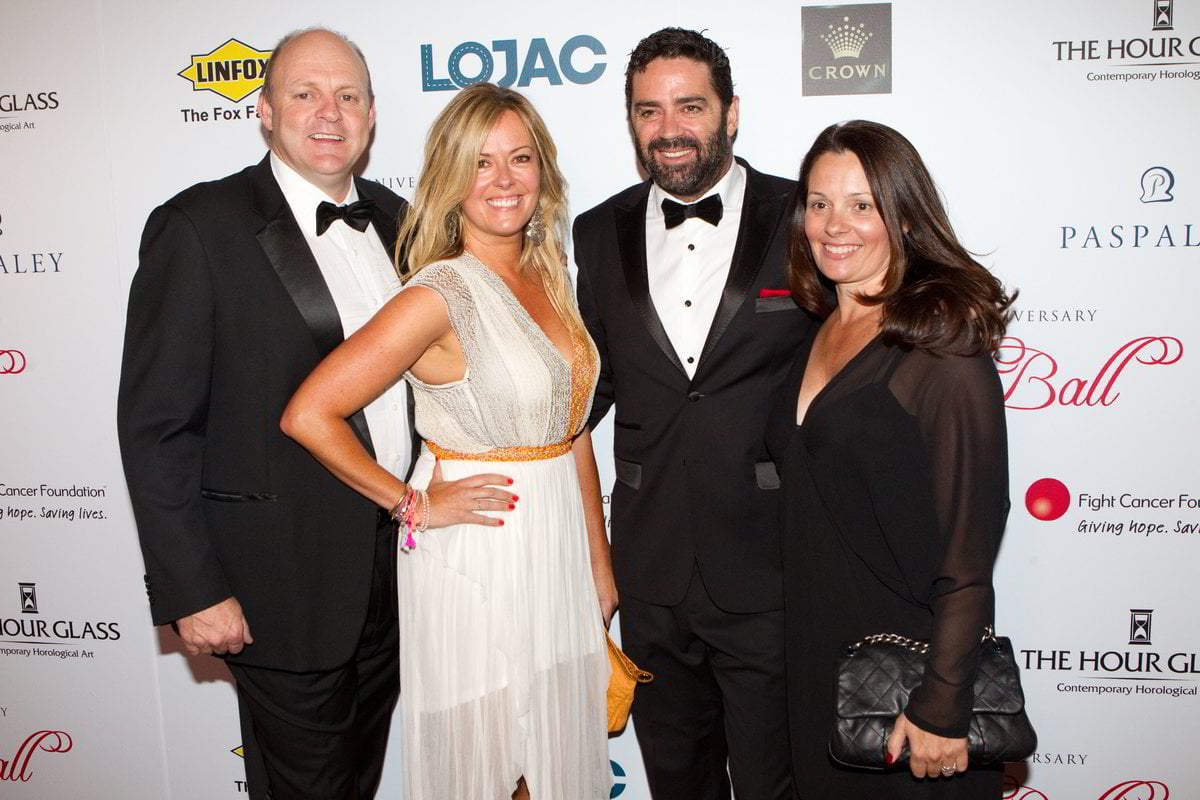 It was one of the biggest scandals in AFL at the time.

In 2015, Billy Brownless, a former AFL star and media commentator, separated from his wife Nicky.

The pair, who had been married for 18 years, had four children together – daughters Lucy and Ruby and sons Oscar and Max.

"It was public, very public," the 53-year-old told Australian entertainer Rhonda Burchmore on I'm a Celebrity... Get Me Out of Here! in January.

Watch: Dale Thomas and Billy Brownless join I'm a Celebrity... Get Me Out of Here! Post continues below.

"She just fell out of love, which happens," he said.

"I didn’t expect it," he continued. "You think she’ll come back and all that, but she didn’t. So that was a real kick in the guts."

But around 12 months after their separation, news broke that Brownless' ex-wife had started dating fellow former AFL player Garry Lyon, instantly sparking rumours of an affair.

At the time, the story made front page news in Victoria. Brownless and Lyon both worked on The Footy Show, and had been close friends for several years.

Brownless first addressed the news publicly in a live interview on The Footy Show in 2016.

"I couldn’t believe it," Brownless said.

"I found out three or four months ago that something was going on. I had a hunch. I did some investigation myself, sat Nicky down, and we had a chat and she told me," he continued. 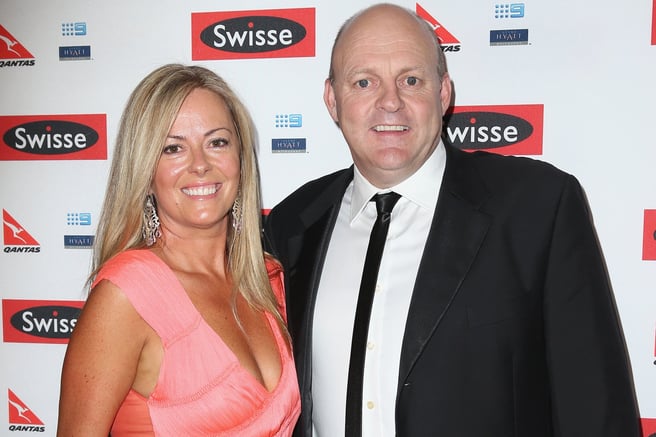 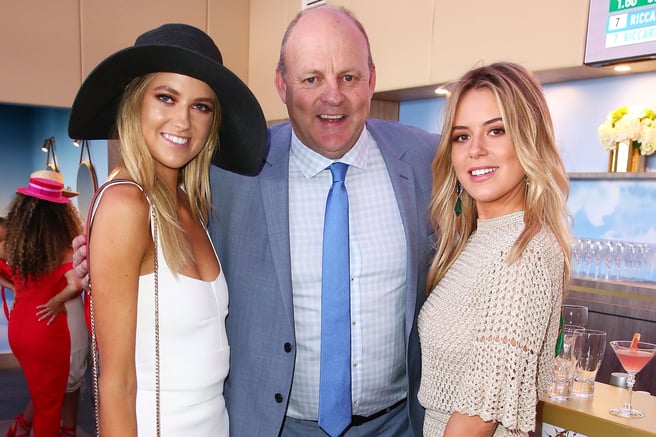 Billy Brownless and his daughters Lucy and Ruby in 2017. Image: Getty.

"My initial feelings were, like anyone – you get angry. You’re headless, you’re angry.

"I shot a couple of texts to Garry and to Nicky which you wouldn’t want to repeat on this show. And then after a couple of days, you get embarrassed."

"Now I’m just disappointed," he said. "Your mate wouldn’t do that... Let me tell you, by law it’s legal to do what they’re doing, but morally it’s wrong in all aspects."

Lyon, on the other hand, took indefinite leave from the show just before the news unfolded to seek professional help for depression.

﻿Now, five years on from the saga, Brownless has opened up about what his friendship with Lyons looks like now.

Speaking on Sam Newman's podcast You Cannot Be Serious, the 53-year-old shared that the former friends are now in a "good space".

"You know I’m going to ask you this - people want to know how you and Garry Lyon are going on," Newman asked.

"At the time you go through all different emotions of course," Brownless responded. "'Why me?' and a bit of hatred of course.

"But now mate, it’s been four or five years, I’ve come around and everyone is in a good spot to be honest. Garry and Nicky are – that’s fine – and the kids are [too].

Brownless shared that the situation was difficult for the first few years as his four children were still quite young.

"I’d walk into a coffee shop and I’d swear everyone was looking at me and talking about it and they weren’t."

But although Brownless and Lyon are now in a "good place", their relationship isn't exactly how it once was.

"There’s no Christmas cards yet, but we have spoken a couple of times," he shared.

"The kids live with Garry and Nicky and things like that. There're no problems, we’re in a good space, he’s in a good space, Nicky is, the kids are and so am I. But that’s taken time. It has."

Brownless shared a similar sentiment while speaking to Rhonda Burchmore on I'm a Celebrity in January. 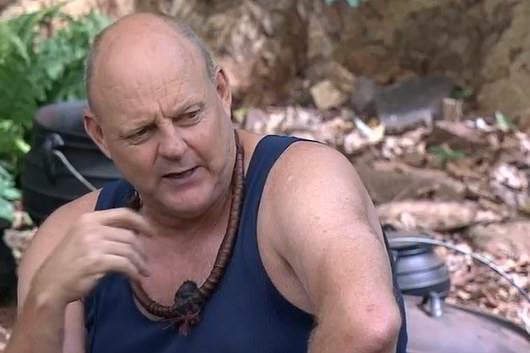 Billy Brownless on I'm a Celebrity... Get Me Out of Here! Image: Channel 10.

"About a year later, she's shacked up with one of my good mates. And he’s in the media, too," he shared.

"We’re not best mates. There’s no Christmas cards or anything," he added.

"One day, I suppose, we’ll sit down and have a beer. One day. Time heals."

Lyon's relationship with his ex-wife, Melissa, ended in 2014 after 21 years of marriage. The couple has three sons together.

Although it's unclear when Lyon's relationship with Nicky began, Melissa has previously claimed Lyon was seeing Nicky in 2013.

"I’m not going to lie, it still upsets me every day the thought of them together," Melissa told the Herald Sun.

The Lyon and Brownless families were close prior to the new relationship between Lyon and Nicky, and had even travelled overseas together.

Speaking to The Age in 2017, Lyon publicly apologised to his wife and kids. 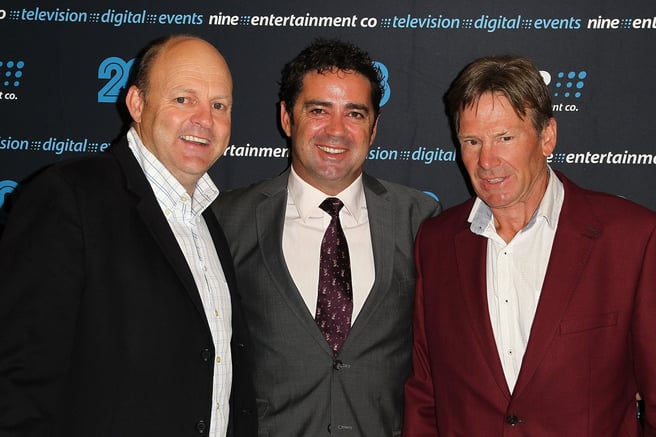 "It's important publicly that I apologise for the hurt and pain they've been through," he said.

"If people think I've been blasé about that and haven't recognised it or don't acknowledge it, then that would be wrong because that's been a really difficult thing for me.

"It was hard to see them go through a lot of that and I am really regretful about that."

Lyon and Nicky, who bought a house together in 2018, are still a couple.