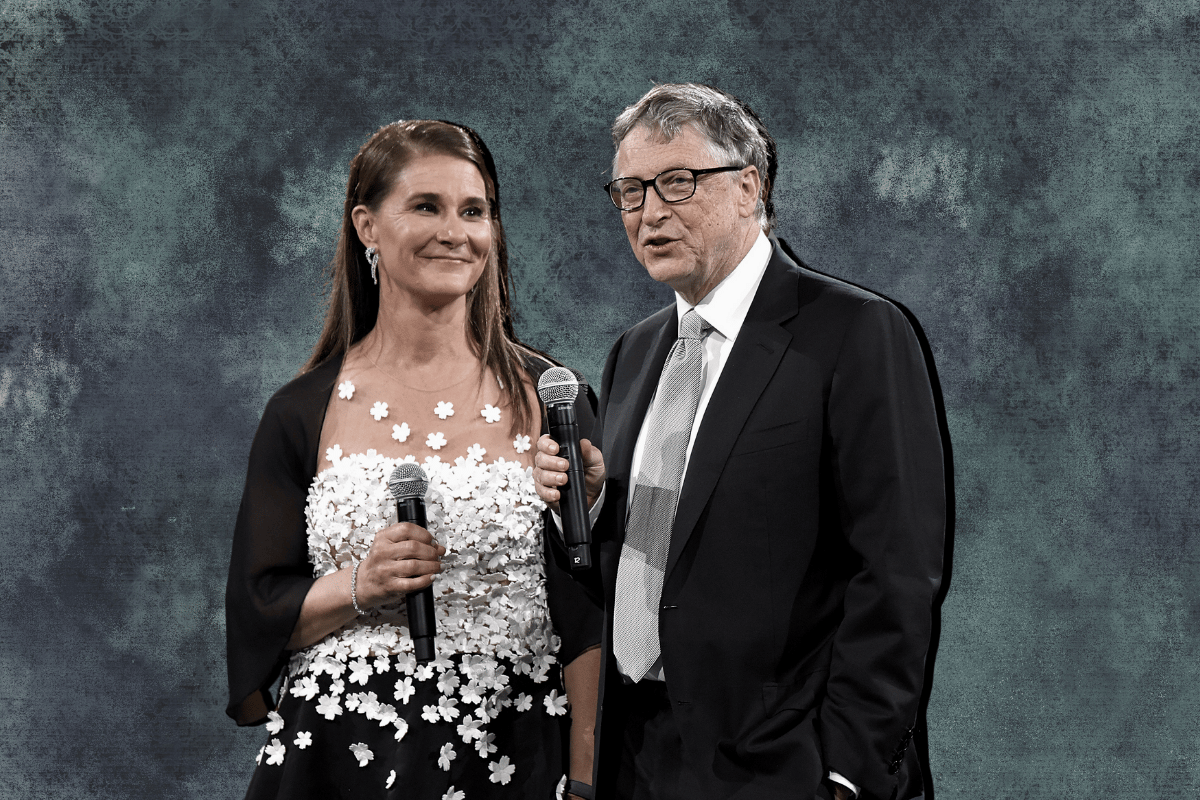 For decades, Bill Gates' public persona has been different to his fellow tech billionaires.

By highlighting his philanthropy, avoiding personal scandals and not naming any of his children X Æ A-12, Gates has maintained his image as the straight-and-narrow Microsoft founder with the largest foundation in the world.

He's a far cry from the more erratic, controversial tech billionaires of past and present, like Apple's Steve Jobs, Oracle's Larry Ellison and Amazon's Jeff Bezos.

A major part of this identity had been his 27-year marriage to Melinda Gates, and their steadfast commitment to philanthropy.

Then, earlier in May 2021, the billionaires announced they were divorcing.

Within 24 hours of the first headlines, exploring the history of their relationship and speculating what would happen to the Bill & Melinda Gates Foundation's funds, came new angles.

How Gates sought the approval of his ex-girlfriend Ann Winblad before proposing the Melinda, and maintained annual holidays with his ex even after his marriage. A frosty relationship with fellow tech genius Steve Jobs, and the decline of his friendship with Microsoft co-founder and long-time friend Paul Allen. His friendship with sex offender Jeffrey Epstein.

Bill Gates, 66, has always carefully controlled his public image. In Melinda's petition for divorce, their marriage was described as "irretrievably broken." They went on to finalise their divorce in August.

Gates' image is getting the type of scrutiny he never wanted.

The youth of Bill Gates.

Gates was allegedly wilder in his youth than you may expect.

In 1994, Gates said there were "things I did under the age of 25 that I ended up not doing subsequently".

"Ever take LSD?" the interviewer asked.

"My errant youth ended a long time ago," he responded. 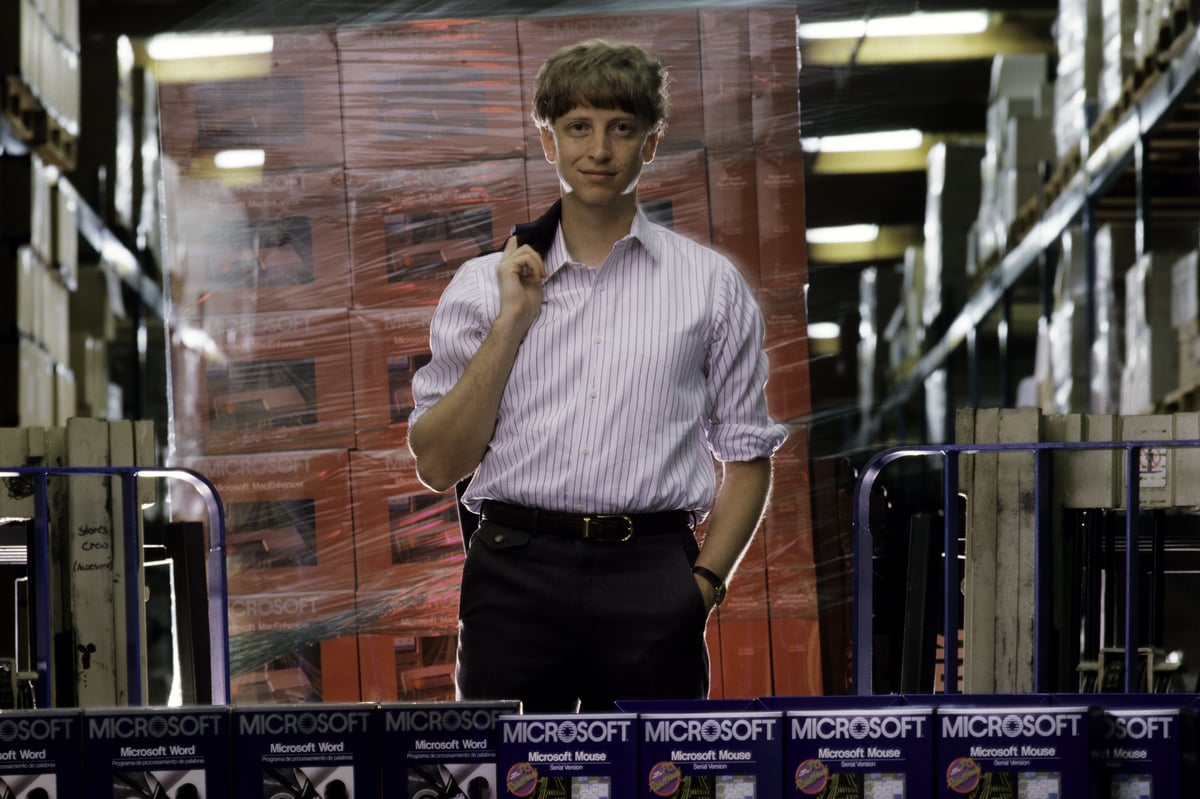 When Microsoft was based in Albuquerque, New Mexico, Gates bought a Porsche 911 and used to race it in the desert, resulting in a number of speeding tickets.

His co-founder Paul Allen had to bail him out. 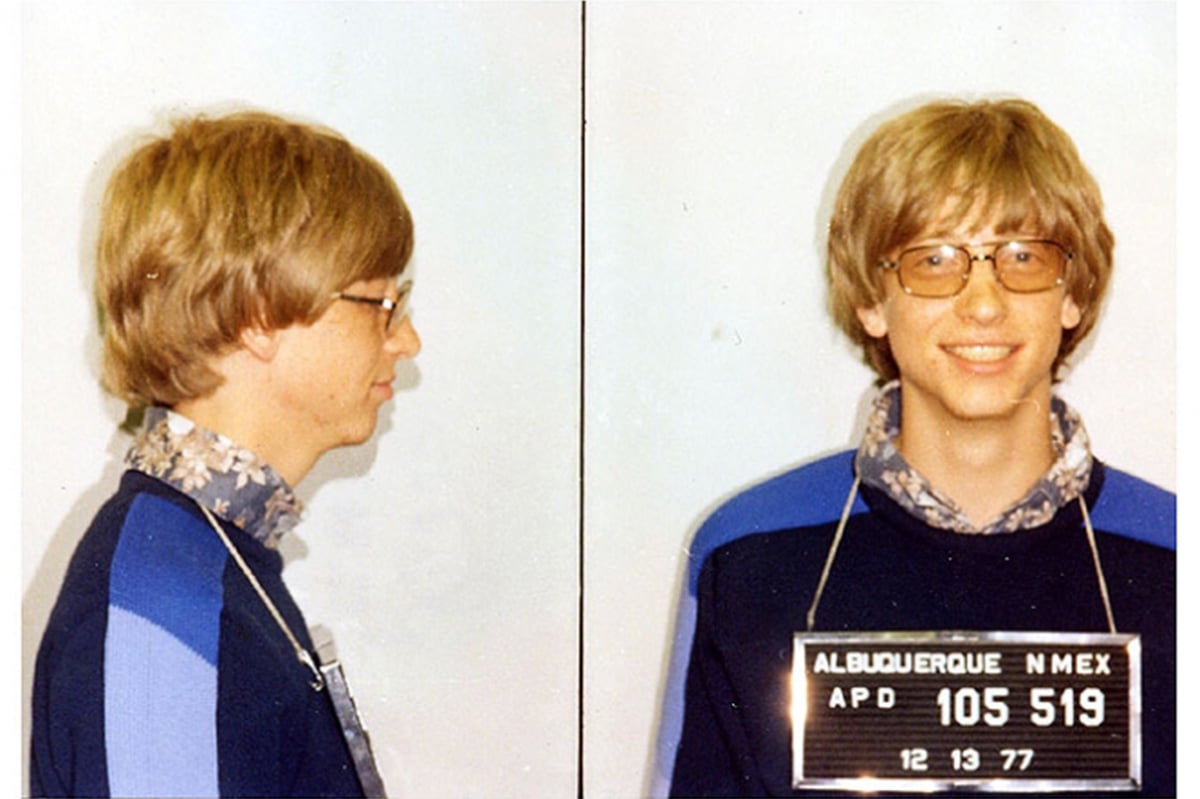 After moving to Seattle, his home was known for parties, but Microsoft "spoon-fed" journalists stories and insider information, meaning media didn't report on them, Wallace wrote in his 1997 book.

Gates would "visit one of Seattle’s all-nude nightclubs and hire dancers to come to his home and swim naked with his friends in his indoor pool".

And the book claimed things didn't necessarily quieten down after he married Melinda, and involved him pursuing relationships outside of the marriage.

"[Melinda was] well aware of Gates' womanizing and consequently the relationship ran hot and cold. At one point they broke up for nearly a year, reportedly because Gates refused to make any kind of commitment," Wallace wrote.

After 27 years of marriage, the pair released a joint statement announcing their separation.

"We continue to share a belief in that mission and will continue our work together at the foundation, but we no longer believe we can grow together as a couple in this next phase of our lives," part of the announcement read.

In an interview earlier this year in March, Melinda admitted there was a point she couldn't "trust" what she and Gates' shared.

"I certainly believe in forgiveness, so I thought we had worked through some of that," she explained.

"It wasn't one moment or one specific thing that happened. There just came a point in time where there was enough there that I realised it just wasn't healthy, and I couldn't trust what we had."

Over a year since their announcement, Gates' has made few personal statements regarding his divorce to Melinda.

Earlier this month, he spoke briefly about making "mistakes", in reference to his affair.

"I certainly made mistakes, and I take responsibility," he told Today last week.

"The divorce is definitely a sad thing. I have responsibility for causing a lot of pain to my family. It was a tough year. I feel good that all of us are moving forward now.

"Melinda and I are continuing to work together. It was sad and tragic, but now we’re moving together."

Gates founded Microsoft with childhood friend Paul Allen in 1975 and together they built one of the biggest companies in the world.

In 1982, Allen was diagnosed with Hodgkin's lymphoma and temporarily stepped away from the company to focus on treatment.

Their relationship was already on the rocks when Gates reportedly asked Allen to hand over some of his shares in the company as compensation for the higher amount of work that Gates was doing. 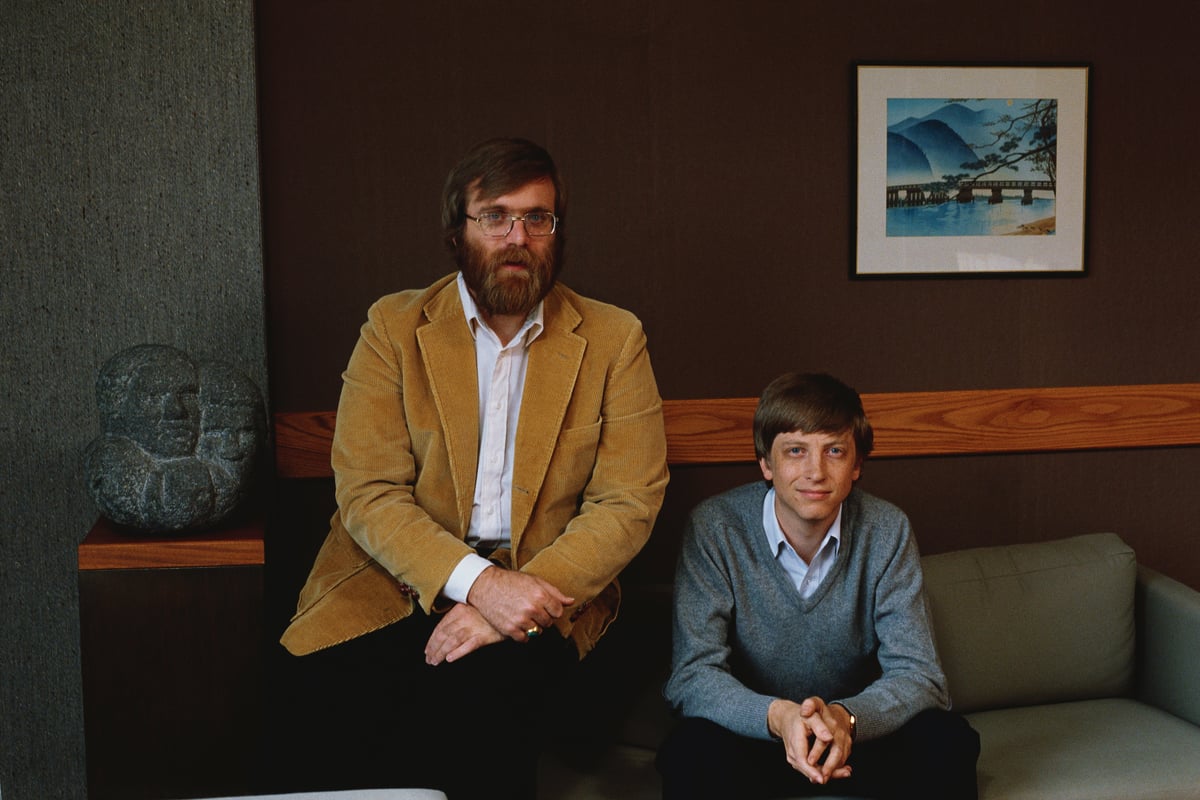 "This shows your true character once and for all," Allen raged at Gates, according to The Sunday Times.

Allen left the company officially with all his shares, making him an instant billionaire when Microsoft went public in 1986.

The pair later repaired their relationship and remained friends until Allen's death in 2018.

As Apple and Microsoft emerged around the same time, there was a natural rivalry between Gates and Apple co-founder Steve Jobs.

For a while, the pair worked hand-in-hand on Jobs' Macintosh computers. But in 1985, their already rocky relationship fell apart when Microsoft announced the first version of Windows.

Jobs accused Gates of stealing the idea from Macintosh, but Gates said they'd both taken the idea from a research institution called Xerox PARC labs.

"Well, Steve, I think there's more than one way of looking at it. I think it's more like we both had this rich neighbour named Xerox and I broke into his house to steal the TV set and found out that you had already stolen it," Gates famously said.

From there, they regularly traded barbs. Jobs often mocked Gates for being boring.

"He'd be a broader guy if he had dropped acid once or gone off to an ashram when he was younger," Jobs said.

Gates said Jobs was "fundamentally odd" and "weirdly flawed as a human being".

When Gates quit Microsoft to focus on his foundation, Jobs said: "Bill is basically unimaginative and has never invented anything, which is why I think he's more comfortable now in philanthropy than technology".

Still, there was a mutual respect there. When Jobs died in 2011, Gates said they spurred each other on and none of Jobs' barbs ever bothered him.

The Wall Street Journal reported last week that Melinda was alarmed over her husband's meetings with Epstein back in 2013 after she had dinner with them, citing sources within the couple's charitable foundation.

Melinda French Gates was said to be aware of Bill Gates’ wandering eye. However, two things shook their marriage in recent years: his response to a sexual harassment claim against one of his employees and his relationship with Jeffrey Epstein. https://t.co/ZLyow3MNef

When Gates and Epstein's relationship became public in 2019, Melinda hired divorce lawyers, according to the New York Times. The Times said its own 2019 report contained details of meetings between Gates and Epstein that she was not aware of.

Gates, 65, has said his connection with Epstein was based on philanthropy.

"Every meeting where I was with him were meetings with men," Gates said in a statement. "I was never at any parties or anything like that."

His spokeswoman, Bridgitt Arnold, said he "regrets" meeting Epstein and acknowledges that it was an "error in judgement".

According to the New York Times, Gates would pursue women in the Microsoft office long after his marriage to Melinda.

The Times gave examples, reportedly shared with the publication by people close to the situation: In 2006 he attended a presentation by a female Microsoft employee, and afterwards emailed her asking her out to dinner

He allegedly said "If this makes you uncomfortable, pretend it never happened," in the email, which the woman decided to do.

A year or two later, Gates travelled to New York for work with a woman who worked for the Bill & Melinda Gates Foundation. The woman, who spoke on the condition of anonymity, told the Times Gates said he "wanted to see" her and asked her to dinner.

Microsoft board members decided Bill Gates needed to step down in 2020 due to a prior relationship with an employee, people familiar with the matter said https://t.co/yt1dtqvwIs

A Wall Street Journal investigation reported Microsoft Corp board members decided Gates needed to step down from its board in 2020 as they pursued an investigation into a prior romantic relationship with a female Microsoft employee that was deemed inappropriate.

Members of the board hired a law firm to investigate allegations from 2019, in which a Microsoft engineer said she had a sexual relationship with Gates spanning years.

He resigned from the board in early 2020, saying he wanted to "prioritise my commitment to addressing some of the world's toughest challenges."

A spokesperson to Gates said "there was an affair almost 20 years ago which ended amicably" but his "decision to transition off the board was in no way related to this matter".

"In fact, he had expressed an interest in spending more time on his philanthropy starting several years earlier," she said.

Reply
Upvote
Make what you will of the infidelity, I don't think that you can accuse Gates of abusing an imbalance of power. That said, he shouldn't have been hitting on employees.
C
cat a year ago

Reply
Upvote
3 upvotes
This is pretty unimpressive. Going to strip clubs and taking some LSD as a college student is hardly shocking. And you don't get to be the worlds richest man without taking some risks and being ruthless at times.
And did Melinda know something about Epstein that no one else did in 2013?
Basically, Bill Gates seems to have had some affairs with women at Microsoft, but to have been fairly polite about it. 'Billionaire has a mistress' is hardly earth-shattering news.

Reply
Upvote
3 upvotes
@cat Epstein was convicted in 2008 on child prostitution charges, and had served 13 months in prison.
C
cat a year ago

Reply
Upvote
1 upvotes
@rush oh good point, I forgot about that. When the prosecutors somehow dropped 30 charges and let him plead guilty to one lesser charge. Apparently he  was on work release & home arrest so he didn't really end up serving prison time.