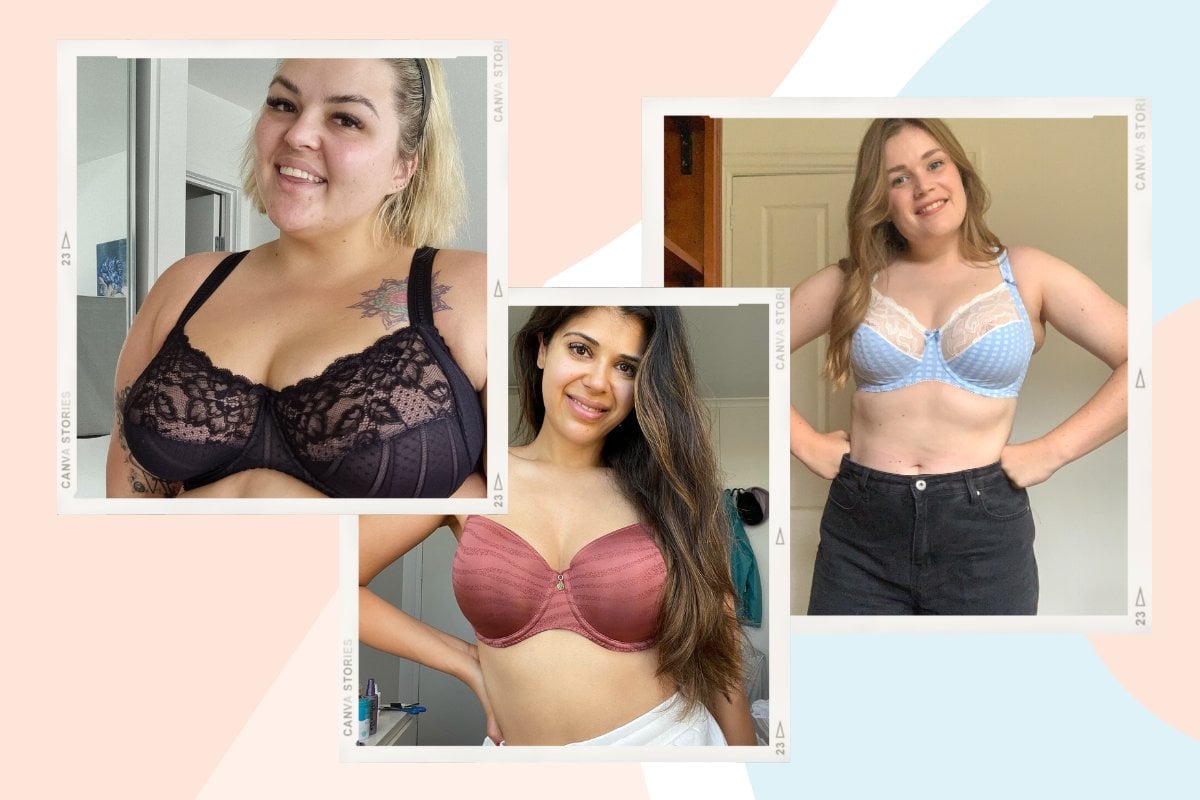 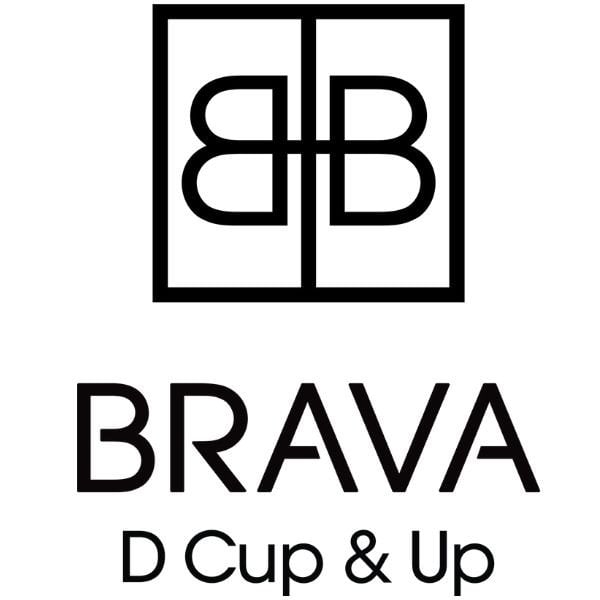 Thanks to our brand partner, Brava Lingerie x Prima Donna

Having big boobs is not easy. Particularly when it comes to finding a bra that fits comfortably.

I’m an E cup. So it’s pretty safe to say that I know how frustrating it can be to find not just any bra, but a good bra.

I want a bra that is comfortable, functional, and that looks good. These are not easy boxes to tick, especially when I (like most people with breasts) need an extensive range of different types to accommodate the varying outfits in my wardrobe.

Whether you’re looking for a t-shirt bra or balconette bra, something with padding or something sheer, when you have a big bust, it can feel next to impossible to find the bra that’s right for you.

Not to be dramatic, but my life changed about two years ago when I discovered that I have a Brava Lingerie store literally two kilometres from my house in Melbourne. Specialising in D cup and upwards, Brava is a sanctuary for big busted people.

Knowing how hard it is to find a good fitting bra, some fellow bigger busted friends and I decided to give the Prima Donna collection from Brava Lingerie a try.

Here is our verdict.

It’s been about two years since I last had my bra fitted as — like most of the population — wearing a bra was last on my lockdown to-do list.

The ones I have don't exactly fit right anymore either, and after so long in lockdown, that’s to be expected — bodies change.

But there’s nothing worse than the bone of an ill-fitting bra poking your arm or digging into your ribs. No, thank you. We are too hot for bras that don’t fit.

So, unsure about my current size, I thought I would try the free virtual fitting with one of Brava Lingerie’s trained fitters. I’ve been too busy to go in store so I booked in for a Zoomfit.

It was pretty simple and took about five minutes to complete. When I dialed in on my phone, the fitters asked me what size bra I was wearing and how I like my bras to fit.

I whipped off my top, did a little spin so she could see the back, lifted my arms in the air and then I was done. I was told I needed a 22F which was news to me because I’ve been wearing an E cup. 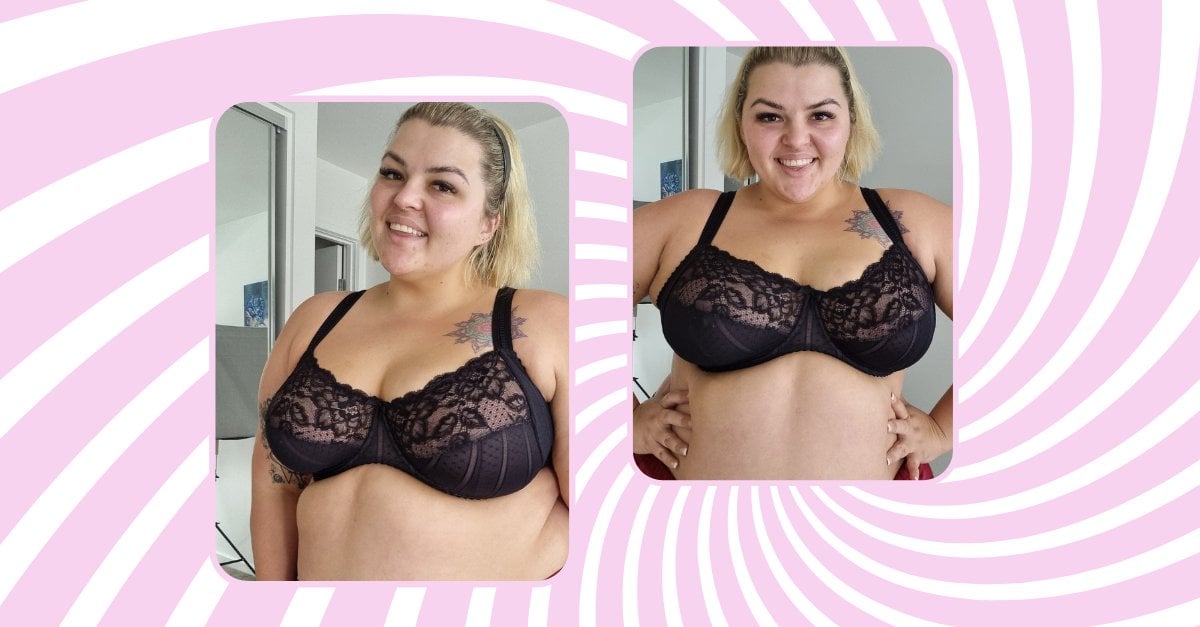 The Under $30 Hair Product That Will Rescue Your Split Ends

Armed with this new information I got the Prima Donna Couture Full Cup Bra Black in a 22F and going up a cup has made such a difference.

It’s a pretty black bra with a lace trim that’s functional, comfy and a little sexy so that’s a win for me.

I’m not easily convinced though, so I put it to the test and wore it on a twelve-hour workday. I can happily report that there was no digging, poking or any other irritation. This bra is an absolute win for me. The quality and fit are amazing.

My boobs arrived somewhat abruptly (and definitely uninvited) on my chest when I was 12 years old. It honestly felt like I went to sleep in a cute pre-teen crop top, and woke up with udders.

For that reason, I've spent the 15 years following trying to squash down, smother and completely conceal my boobs.

But at some point during the pandemic I finally had some time (read: a lot of time) to get to know my body. I got naked in the mirror more times than my mother would like me to disclose, and I properly took stock of my tummy, my legs, my face, and my boobs.

For someone who has spent far too long covering up my titties in an attempt to make them look smaller, I had a penny drop moment in that mirror where I wanted to support them. Hold them properly with a decent bra and have them standing proud on my chest.

I knew that required a magical bra to keep me in this brilliant new mindset, which naturally meant seeking advice from the pros at Brava.

During my Zoomfit with the Brava team, I discovered I am actually a 14E rather than the 16E that I had been wearing for basically the entirety of my boobs' existence.

The change of size has been life-changing. With the 16E, I found that the straps and my shoulders were doing all the leg work, but by sizing down, my boobs feel much more supported.

When tasked with the challenge of picking my new bra, the choice was fairly simple. After reading many positive reviews on Brava's website, Prima Donna stood out as THE brand I had to try! I went with the Prima Donna Madison Full Cup Bra (specifically in Blue Bell, obviously). 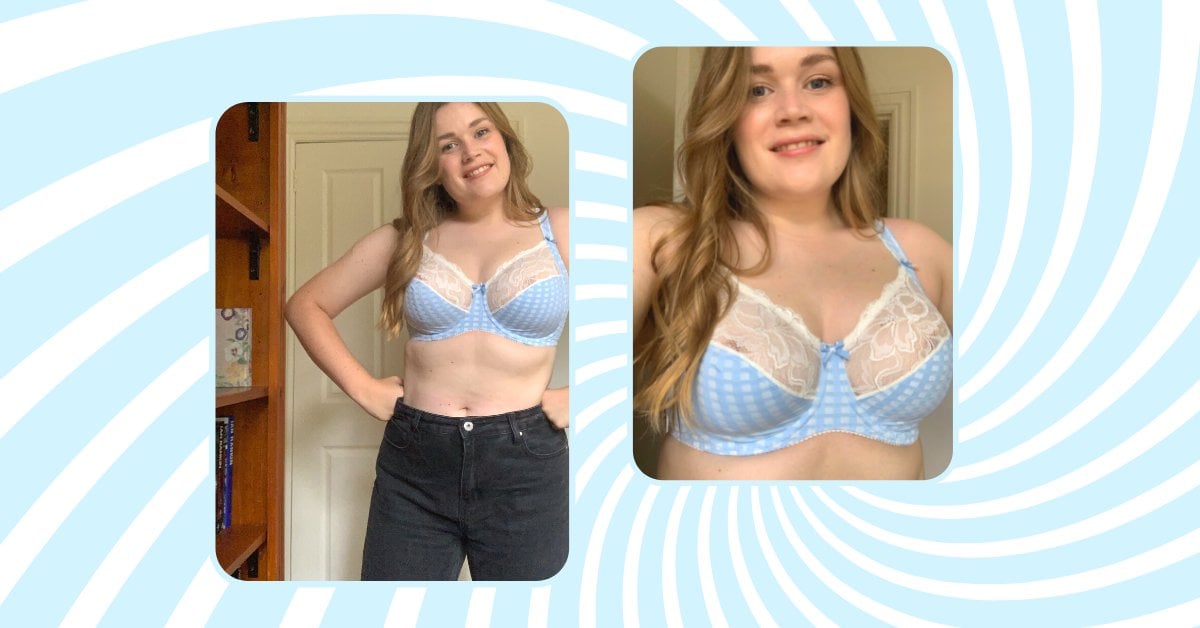 My new criteria in a bra was this: Supportive, full coverage, my side boob to be somehow coordinated into a more front-facing direction, comfortable and cute.

That last one was important because for too long I've been hiding behind boring, flattening black and white bras and crop tops. I wanted a bra that looked like a bra. Groundbreaking, I know!

Which is why I instantly connected with this one. Sure it has a strong undertone of Dolly Parton sass, but the baby blue is gorgeous and a colour I wear a lot, and the lace offered full coverage without making me feel too covered up.

My boobs in this 14E cup feel lifted, supported and not at all squashed. I have no side boob spillage and the straps don't dig in a single bit.

I feel like the bra is doing all the heavy lifting (literally) for me.

I was initially cautious that after a full day of bra-wear it would start to dig, pinch and hurt. Surprisingly, when I got back home from my shift — which is usually when I have an instant craving to free my breasticles from boob-jail — I still felt comfortable and more than happy to lounge on the couch keeping my proper grown-up bra on.

The Prima Donna Madison Full Cup Bra is now proudly in my wardrobe rotation and is something I actively reach for again and again, to feel supported, comfortable, cute and know that I'm doing my boobs a solid.

Let’s be honest if you’re over a D cup, it can be pretty damn tricky to find bras. And for them to be nice and make you feel sexy? The chance is even slimmer.

However, I have to say, I was pleasantly surprised at my experience with the Brava team.

I've always been a little bit hesitant when it comes to buying bras online. After all, if there's one thing you need to get right in life, it's the correct bra size.

This led me to try Brava's virtual fitting service too. I wasn’t sure what to expect, but the fitter had a wealth of knowledge and was able to guide me on which bra would suit me best. I asked Amber to recommend one that would give my breasts shape and lift, is long-lasting, fashionable, and most importantly, comfortable. 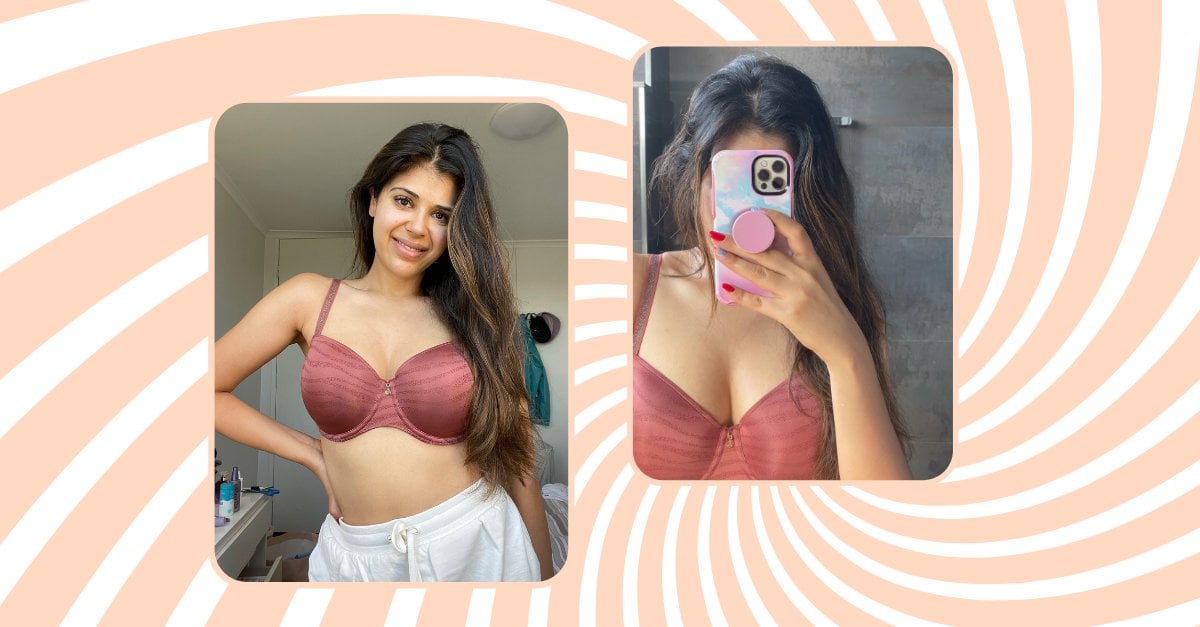 In the most gorgeous shade of dusty pink, with gold shimmer detailing, this bra was both comfortable and moulded to the shape of my breast, giving it lift and support without digging into my shoulder blades.

A win from me. BRB, whilst I add more Brava bras to cart.

Before you grab your new bra, book a free Zoomfit to ensure you're wearing the right size. Check out Prima Donna's extensive range, or head in-store in Melbourne, Sydney and Brisbane.

Brava Lingerie’s goal is to find exactly what every woman desires in finding the best bra and making sure that it’s comfortable and the perfect fit. One of our brands, Prima Donna, has a mission to create beautiful, stylish lingerie with the perfect fit for women with a larger cup size.