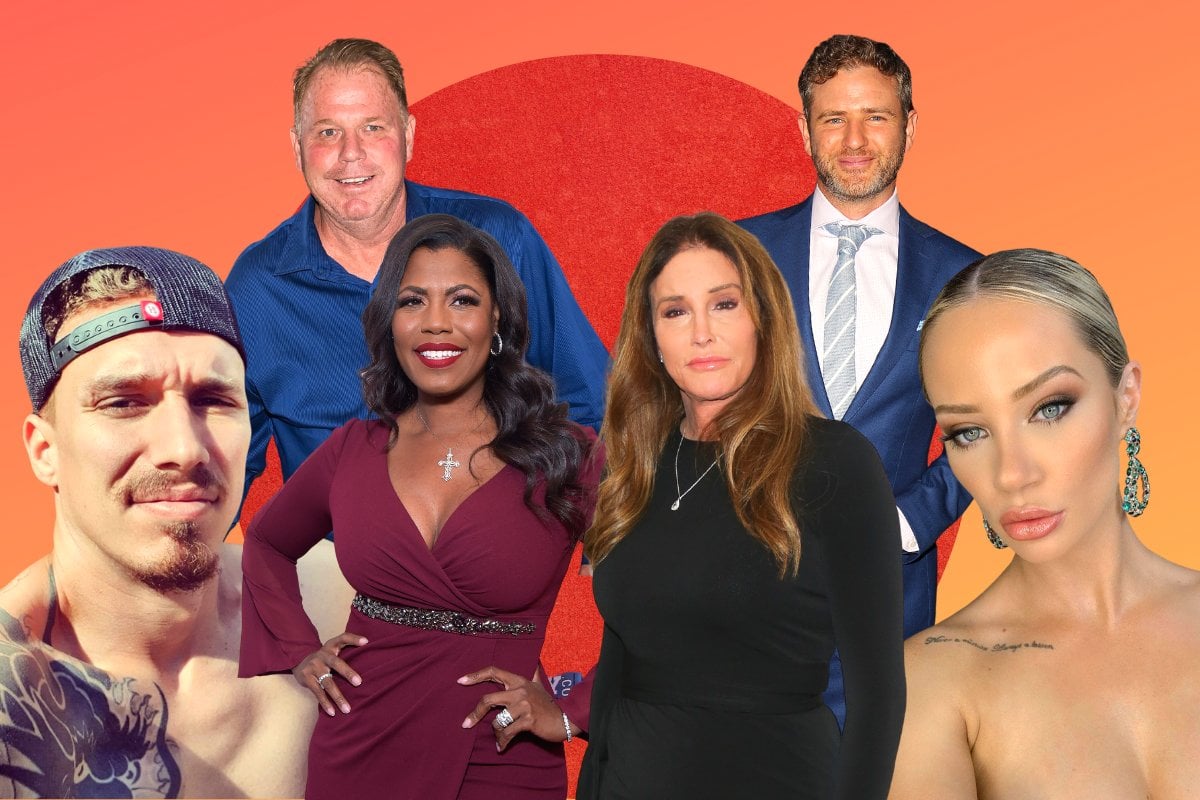 Big Brother VIP is already the most controversial reality show of the year, and it hasn't even kicked off yet.

The celebrity Big Brother series has stirred up drama and many headlines, owing to the uh, interesting, group of 'celebrities' involved.

One got the axe before even making it out of quarantine, and other casting decisions have drawn criticism for their proximity to... Donald Trump and constant attacks on family members, who also happen to be Meghan Markle. Yeah, really.

This season Big Brother is welcoming celebs to his "hotel", where "every desire" will be catered for.

The celebrities will be competing for $100,000 to go to the charity of their choice.

Here's everything else we know about the upcoming series.

When will it begin?

We're not too sure, although it's likely to be similar to previous seasons of Channel 7's revived Big Brother. Unlike the OG, the newer seasons are filmed in advance.

The set was being constructed especially for the show, and continued being built during Sydney's lockdown construction ban, after producers were granted special permission, the Daily Mail reported.

Big Brother VIP is the second celebrity-themed Big Brother format to air in Australia, after the first season in 2002.

It will be hosted by Sonia Kruger.

Who is in the Big Brother VIP cast?

Channel 7 officially announced the cast on August 8, although there weren't any major surprises because most of the celebs had already been leaked.

If actor Bernard Curry is a familiar face, it's because he's commonplace on Australian television. He's achieved what I've just decided to dub the Australian soap double, appearing as Luke Handley in Neighbours and as Hugo Austin in Home and Away.

He also hosted the first four seasons of Beauty and the Geek Australia from 2009 until 2012, and currently stars as Jake Stewart in Wentworth.

Channel 7 list Caitlyn Jenner as an Olympian and political candidate. These are both correct. But let's not pretend Caitlyn is not best known for her reality TV career and as part of the Kardashian-Jenner clan.

Caitlyn won the men's decathlon event at the 1976 Summer Olympics in Montreal, earning the unofficial label of "world's greatest athlete" and establishing a career in entertainment.

Since 2007, she appeared in Keeping Up with the Kardashians with ex-wife Kris, their daughters Kendall and Kylie Jenner and her stepchildren Kourtney, Kim, Khloe and Rob Kardashian.

Caitlyn publicly came out as a trans woman in April 2015, and from 2015 until 2016 starred in the reality television series I Am Cait, which focused on her transition.

She is a member of the Republican Party and is currently running for governor of California in the 2021 California gubernatorial recall election. That takes place on September 14... so we're not sure how her campaign is going if she's ditched the state for the Big Brother house.

In promos so far, Caitlyn has made it very clear she's not a fan of fellow housemate and US political aide: Omarosa.

"I wasn't a fan of Omarosa before the show because she's a bully. After the show, she proved me wrong. She turned out to be an even more despicable human being than I could have ever imagined," Jenner said in a statement to the Daily Mail.

"Hopefully she'll still send me pictures of her wedding party that she had in the White House - the one where Secret Service kicked her out just like when she was fired."

Surprisingly, Danny Hayes is not the only Big Brother VIP cast member to have ever played the game before (more on that later.)

Danny has only just come off our screens actually, as he appeared in Big Brother 2021.

Copping the role of 'villain' in the series, the Geelong real estate agent had said he'd never do another reality show. ¯\_(ツ)_/¯

Dayne Beams is a former professional AFL player for Collingwood and the Brisbane Lions.

While living with anxiety and depression, Beams tried art therapy, which he says helped him immensely. He stepped down from footy and founded Health of Mind Art, who supply Aussie manufactured high-end epoxy resin and support mental health charity Love Me Love You.

Ellie Gonsalves is a model and actress with an insane 1.2 million followers on Instagram.

Imogen Anthony is a model and fashion designer whose name is probably most recognisable as Kyle Sandilands' ex.

They dated for eight years before splitting in 2019.

Ah, Jessika Power. Jess with a k is one of the most controversial contestants to ever grace Married At First Sight, which is an incredible feat.

She has turned her notoriety into a successful influencer career.

Josh Carroll is a model and content creator, who has absolutely perfected the 'mouth slightly open' pose (seriously, scroll his IG. You won't be able to unsee it.)

He has close to half a million followers on Instagram.

He became a fan fave as a contestant on the series in 2017, and returned to the franchise for Australian Survivor: Champions v Contenders in 2019.

He retired in 2013 and has since become a regular face on 'celebrity' versions of reality TV: he did the 2014 season of Dancing With The Stars and the Celebrity Apprentice Australia in 2015.

Omarosa Manigault Newman became widely known as a contestant on the first season of Donald Trump's reality show The Apprentice, and later on The Celebrity Apprentice.

In January 2017, she became assistant to the President and director of communications for the Office of Public Liaison during the Trump administration. She was fired in December that same year.

In August 2018 she published her book, Unhinged, detailing her time at the White House and disavowing (now former) President Trump. She's also released tapes, including one secretly recorded inside the Situation Room, described as "one of the worst White House security breaches ever". Yikes.

She's also the only other contestant besides Danny Hayes to have BB experience: she placed fifth on the first season of Celebrity Big Brother US in 2018, and you can see why she's back for another crack: Omarosa is reportedly being paid $450,000 to star on the show. 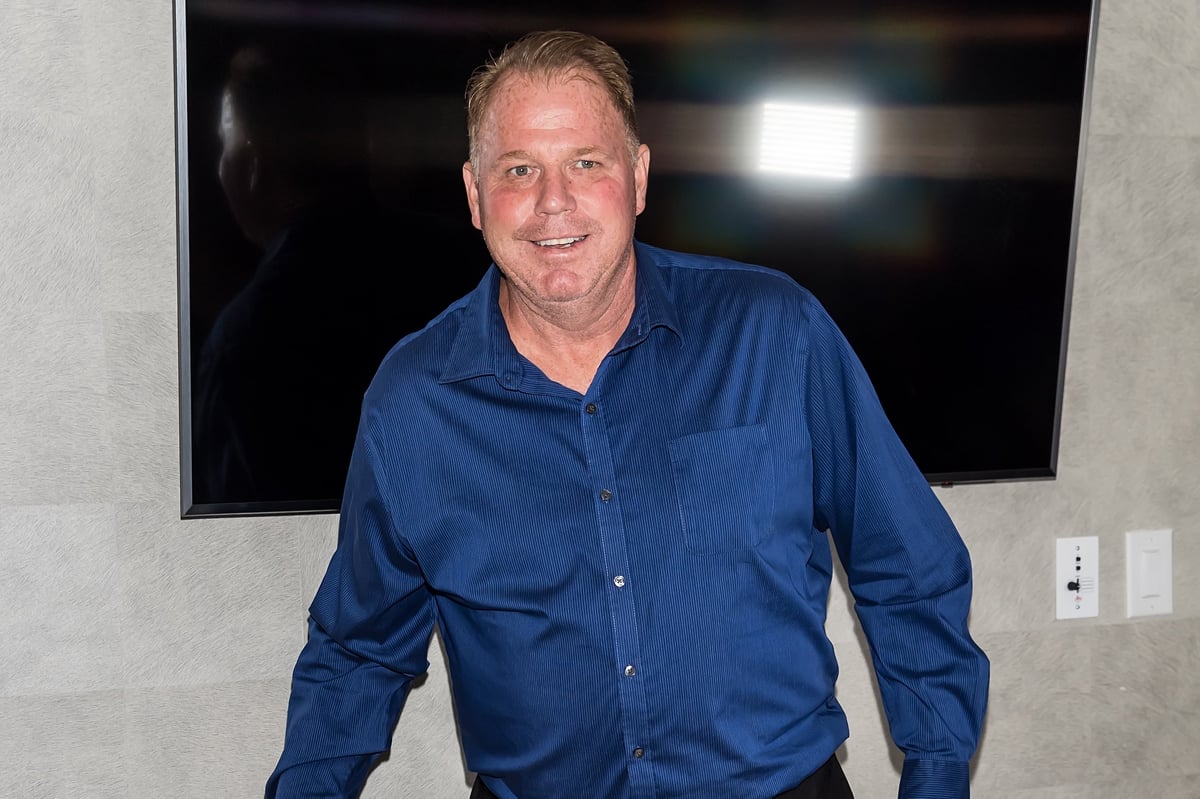 Yep. Thomas Markle Jr, who is Meghan Markle's older half-brother, is a VIP.

He hasn't seen his little sister for a decade, but has made somewhat of a media career out of repeatedly sledging her publically.

He's perfectly on brand in the Big Brother VIP trailer too, calling Meghan "shallow" and claiming he told Prince Harry she would "ruin his life".

Was anyone else going to appear?

Yes. It turns out Channel Seven held secret talks with Big Brother legend Reggie Bird about going back into the house, but she was ultimately passed over.

Reggie told TV Blackbox things didn't work out because they had "better talent" and were going with other people.

"Everything happens for a reason. I'm not doing it this year, I was overlooked. They contacted me, didn't want me... if they do an all-stars my time will shine."

What happened with Katie Hopkins?

Hopkins, who has described herself as the "biggest b*tch in Britain" had been slated to appear in the series.

Hopkins makes a living by making people angry. In her home country, she is routinely labelled a "racist", a "bigot" and a "troll" for her views on a range of matters, from immigration to obesity.

In July, the controversial media personality arrived in Sydney, posting on social media from her mandatory 14-days of hotel quarantine before entering the Big Brother house. 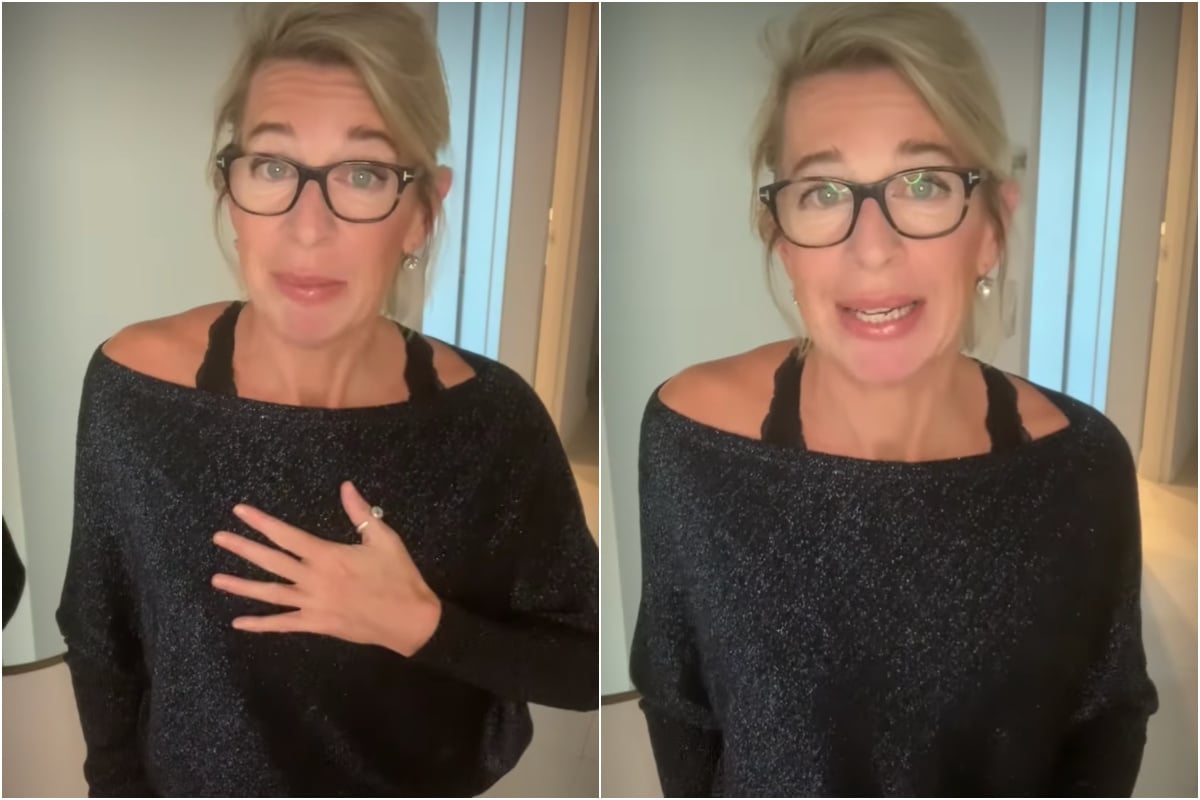 She never made it that far, however, as within hours of landing in the country, she was boasting about how she was breaching quarantine.

Hopkins went on to share how she is intentionally trying to break the rules.

More than 30,000 Australians signed a petition to send Hopkins home, which led to her Big Brother contract being torn up.

Home Affairs then revoked her visa, and she was deported back to Britain.

Big Brother VIP will premiere at 7:30pm on Monday, November 1, on Channel 7.

Reply
Upvote
1 upvotes
I just can’t bring myself to watch a Tv show that promotes Thomas Markle. He is a horrible human and a vile backstabbing  father.
S
simple simon 3 months ago

[Jenner] is currently running for governor of California in the 2021 California gubernatorial recall election. That takes place on September 14