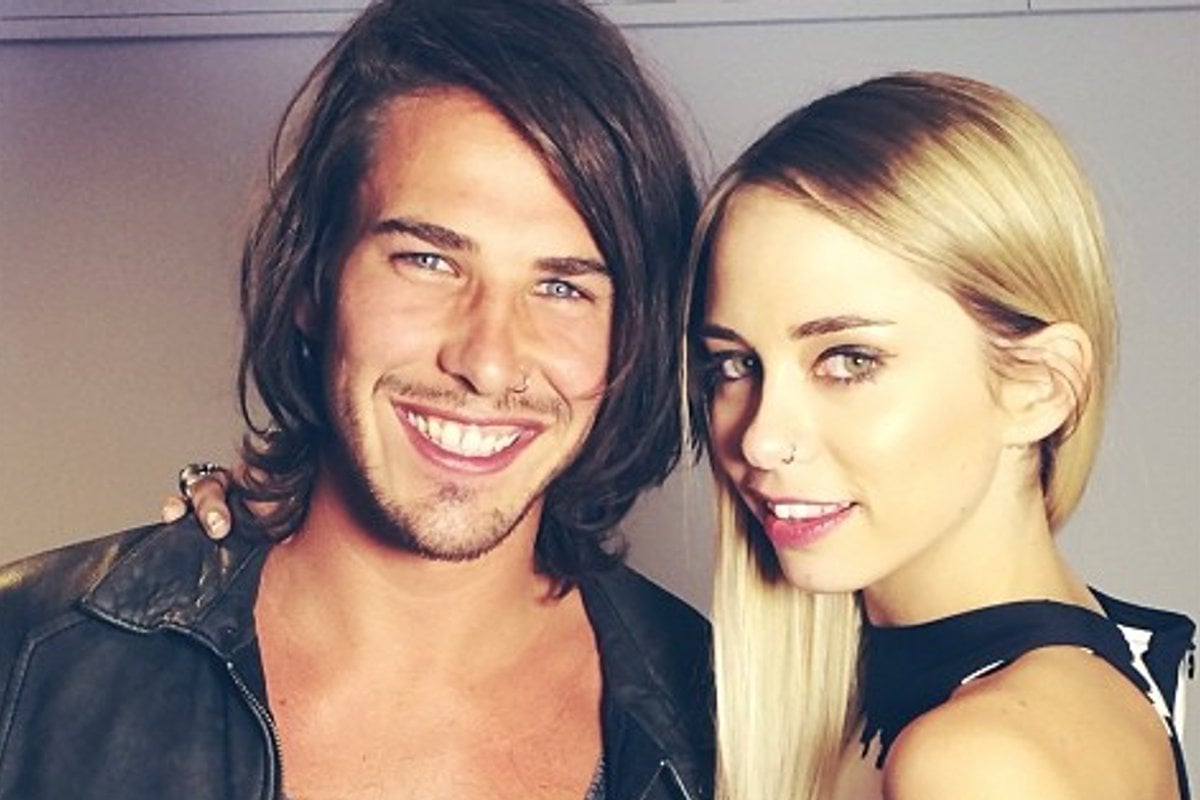 It was one of those reality TV moments that Australians will never forget.

At the time, Tully was in a relationship with her girlfriend of two years, Tahlia Farrant.

Although the pair denied being romantically involved on the show, they were openly affectionate with each other, enraging viewers on social media.

Unbeknownst to Tully, Tahlia eventually publicly ended their relationship on Twitter, sharing: "Thanks for your concern, but I am a big girl. I will be just fine. Life goes on."

It wasn't long until Tully, who had been labelled the 'bad girl', was evicted from the show.

Despite her eviction, Tully later briefly reentered the house during a freeze challenge. As Drew stood frozen, Tully kissed his unmoving mouth before whispering: "By the way, I'm single."

In the weeks after her eviction, Tully was forced to face the public backlash alone, while Drew was still in the Big Brother house. Interestingly, Drew wasn't ripped to shreds in the same way that Tully was. In fact, he went on to become runner-up in the show, which was decided by the public.

When the season wrapped up, Drew and Tully took their relationship public. But after three months, it abruptly ended.

"We're not together," Tully told OK! Magazine at the time.

"It was a lot of pressure living in different states, and the regular couples' issues seemed to be magnified being out of the house." 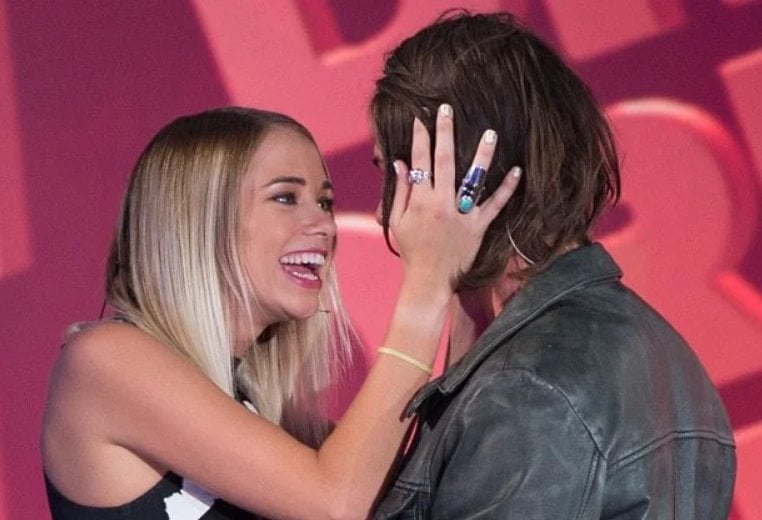 Now, over six years on from their split, the former couple have reunited on Tully's podcast, Too Much Tully.

In the podcast, Tully and Drew reflected on why their relationship ended after just three months.

According to Tully, the couple's "sudden fame" as well as her relationship with Tahlia were the main factors behind their split.

"We had the additional problems of me having to deal with my break up with Tahlia, which blurred into my relationship. Like, how can you start something new, when you’re still trying to deal with the old, so that was constantly a problem," she said.

"I don’t have regrets but it wasn’t real. It was more real inside the house," he continued.

"I wasn’t myself for 12 to 24 months after the house and neither was she. [Our relationship] wasn’t given a real life go."

Tully, now 33, shared that the pair got "caught up" in their fame from the reality show.

"We were our true, authentic, rawest versions of ourselves in the house and that’s how we fell in love. Then we came out, and we were thrust into the spotlight and we were instantly famous, people wanted a piece of us, our heads got really big. We had these vague plans to go away, go on a holiday just the two of us and be by ourselves and we didn’t do that because we both got really caught up in the parties, we were being invited to everything," she explained.

"We got caught up in it, and before we knew it, we had fallen apart. I’m forever going to wonder if we would have worked out, I think that will be one of my life regrets."

During their chat, Tully and Drew shared that they rarely had an opportunity to discuss Tully's relationship with Tahlia in the house.

"We talked about our lives a lot. It's all we had to do. I had heard all about Tully's life, but we didn't get a chance to talk privately," Drew explained.

"We knew that everything we said, whether we were in the pool, there were cameras in the bedhead, even if you didn’t have one around your neck, you knew you were always on mic, so you knew you couldn’t say something, without the potential of it going out to the world. We talked about it, but we didn’t talk about it," he said.

"That was probably the hardest thing," Tully added.

"We would try to almost talk in a code. We would pussyfoot around the issue. There were spots [in the house] that we were more confident to talk, like showers... the middle of the pool."

It's not the first time Tully has opened up about her infamous relationship with Drew.

Speaking to Mamamia in 2019, the influencer and podcast host shared that she's still in contact with Drew, who currently runs a nightclub in Victoria.

"He will always be a very important person to me and I only want the best for him. He was my rock through the most insane, alien experience and I will forever be grateful to the show for introducing us," she shared.

"I risked it all when I fell for Drew – literally my entire life. My relationship, my reputation... I put it all on the line because I was madly in love with him and whilst it didn’t work out in the end, it would be such a waste to have lost him entirely," she added.

"I’ve often said that out of everyone I’ve dated, Drew knows me the best. He knows me down to my core. He’s seen me at my worst and at my best… he’s been to all the deep, dark corners of my brain and loved me because and despite of it all. That’s pretty rare to find and something I’ve worked hard to preserve."

As for her ex-girlfriend, Tully is still "very, very good friends" with Tahlia.

"Tahlia decided six or so months after the show that resentment was a heavier burden than forgiveness. She has been a source of support for me every day since. I am extremely grateful to still have her in my life."

Listen to Tully Smyth on Mamamia's No Filter podcast. Post continue below.

Tully Smyth: The 19 most frequently asked questions I get about Big Brother. Answered.
From Jess and Marty to Tully and Drew: Where the couples from Big Brother are now.