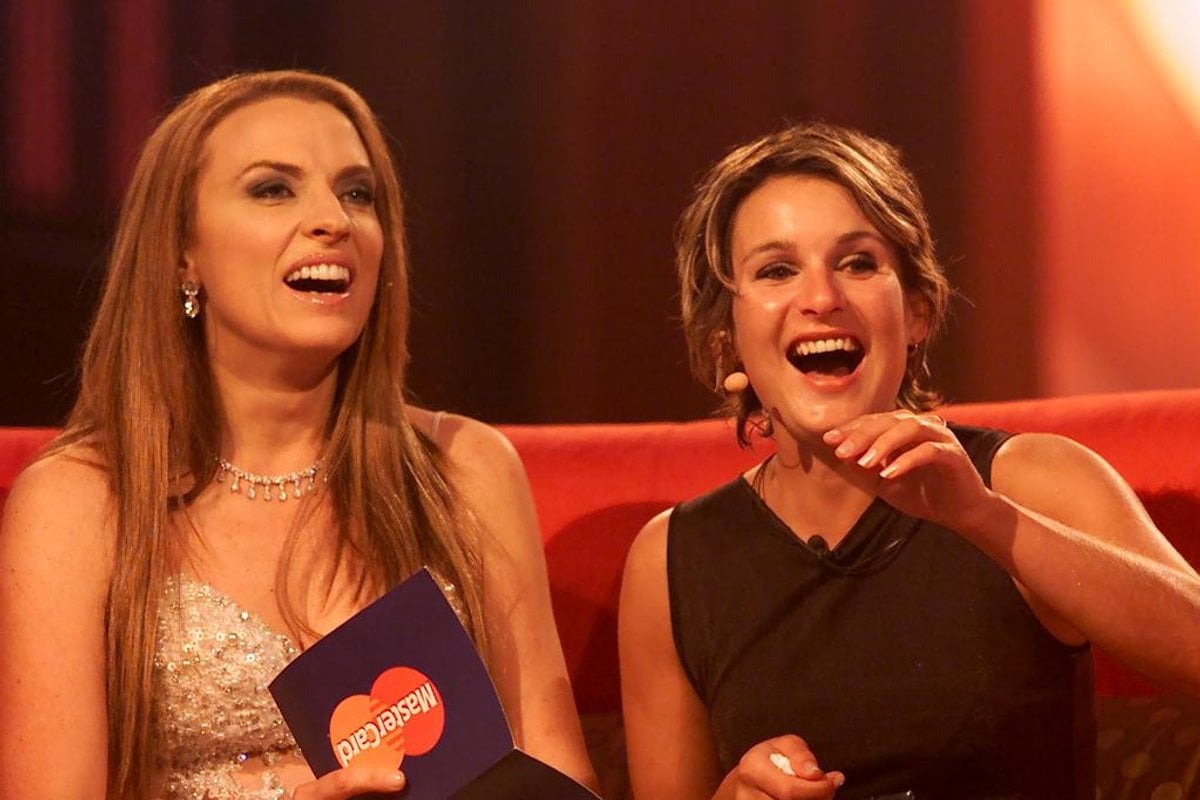 Not only was she the first woman to win the $250,000 [season one was won by Ben Williams and season two by Peter Corbett], but, many seasons later, she still holds the record for the largest margin in the finale - a whopping 72 per cent of the votes were for her.

Speaking to No Filter podcast host Mia Freedman, Reggie recalls the "madness" of the night she won.

"Oh my goodness, that was crazy! Coming out of the house and walking onto the stage with screaming fans... It was bizarre because I'd been locked away for three months [in the house]," she told Freedman.

"And then all of a sudden it's just like 'Whoa, this is insane'. It was so mad, crazy mad. And it was all fuzz, like my head was really fuzzy.

"That's how I always remember it; it's when a television has gone off air and you had the black and white fuzz. That's what my head was like at that time. It was just all madness."

Listen to Mia Freedman's full interview with Reggie Bird on the No Filter podcast below. Post continues after audio.

Despite winning Big Brother, Reggie's life hasn't been all sunshine and roses. In fact, she went through a series of terrible lows.

While she was able to pay off her mortgage with the $250,000, her marriage to husband (and fellow fish and chip shop owner) Adrian fell apart.

A year after the show, Reggie was diagnosed with a degenerative eye disease called retinitis pigmentosa, which is a genetic condition causing loss of vision and blindness.

After being told she had the eye condition by the ophthalmologist, Reggie "didn't take notice of it. It didn't even sink in what it was."

It wasn't until she moved to the Gold Coast and had her daughter, Mia, with her second husband Dale, that she realised how serious the eye disease was.

"[Mia] started crawling, and I'd never see her. I kept tripping over her and kicking her on the floor and I'm like, 'oh my goodness'. Dale said, 'Go and get your eyes looked at again'," Reggie told No Filter.

"So I went, and the ophthalmologist said, 'You need to stop driving right now. You cannot drive.' And that's when they said, 'You've got no peripheral vision.' I can't see beside, below, above, the low above, and [I have] no night vision."

After falling pregnant with her second child, Lucas, Reggie underwent emergency surgery due to an ectopic pregnancy [when a fertilised egg attaches outside the uterus].

Lucas was born with cystic fibrosis.

"It’s a lung disease, but it affects the whole digestive system, like his liver, his kidneys, his pancreas doesn't work. So he has to have enzymes before he eats and drinks certain foods... before all foods pretty much. He has to have a high fat, high-calorie diet, because it's very hard to put on weight.

"And he has physiotherapy every day because the mucus sits in their lungs and it gets stuck in their lungs. And that's when bugs form and you know, they can end up with lots of infections and end up in hospital."

Bird also went through medical issues of her own - in 2017, she had a stroke due to a heart condition.

To add to the stress, she and her family were almost evicted from the home they shared because of the soaring costs of all the medical bills for both Lucas and Reggie.

This was not the first time Reggie was under financial pressure. Back in 2005, she was swindled by a conman and lost $40,000.

"I was here in Sydney and I met this guy who I thought was a TV producer," she explained to No Filter. "We filmed a TV pilot thing together, like a travel show. And this is where the money ended up going.

"And then I'm like, ‘OK, this is not right’. I should have probably realised at five grand, you know, but I was just so naïve... and then yeah, off he went, nicked off. I can't remember if he left his job or got kicked out of where he was living. And yeah, he was gone. Just gone."

The combination of paying off the mortgage, being scammed, not being able to hold down work, and paying rent,  meant money became very tight.

"It was a real struggle," Reggie admitted.

Going back into the Big Brother house this year was a no-brainer for the onetime winner. She enjoyed the experience so much the first time around that she didn't have to think about doing it a second time.

"I had such a great time [in this new season]. I just had a ball," she told No Filter.

Reggie explained that the friendships and experience of being a housemate is like no other.

"When you come out of Big Brother, it's hard to explain to your friends and family what you've just gone through," she said.

"It's really bizarre... You just have this special connection [with your housemates] because you both go through this crazy time together."

Big Brother airs on the Seven Network weeknights at 7.30pm.

For more No Filter episodes, go to: mamamia.com.au/podcasts/no-filter