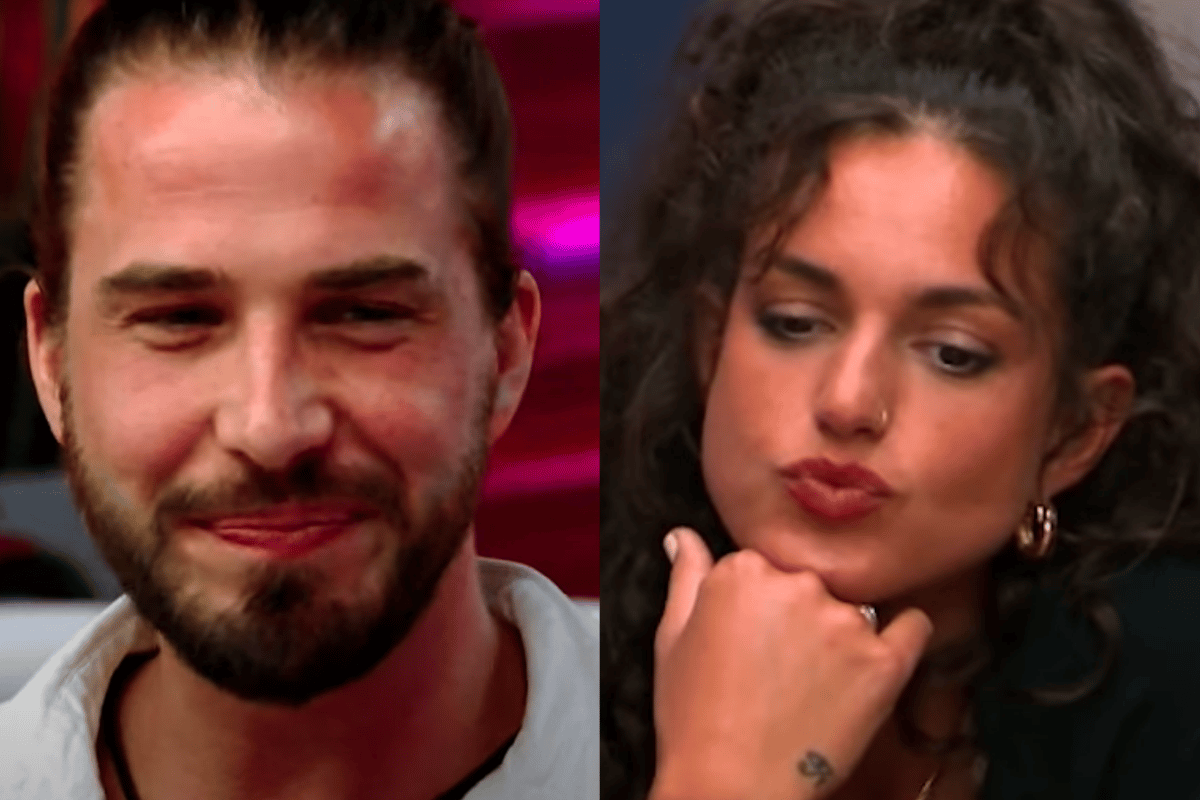 Big Brother Australia has come a long way since we saw it play out for the first time in 2001.

This year, we got to mix the old with the new as eight of our favourite housemates from previous seasons came back for another shot at the $250,000 grand prize.

Of course, if you're watching already, then you'd know the show also welcomed 11 new housemates to give the OGs a run for their money. And the amount of drama happening behind the scenes is already more than we can handle.

From disgruntled Big Brother royalty to a potential love story souring, it's no wonder we can't peel our eyes away from the screen.

So, with that in mind, here's all the gossip surrounding Big Brother Australia 2022.

We think we know who Anthony Drew ended up with after filming.

If you're hoping for OG contestant Anthony Drew to reunite with Tully Smyth or end up with newbie Sam Manovski, then you'd be disappointed to learn that he likely doesn't. With either of them.

On Monday, Pedestrian TV shared a screenshot from Drew's Instagram Stories in March which showed the housemate kissing a woman named Bianca.

The caption read: "The greatest thing I’ve ever known."

Fans have evidence that apparently proves who the winner will be.

While this series has some of the biggest stars from previous seasons, including Tully Smyth, Anthony Drew, Tim Dormer, Reggie Bird and Trevor Butler, they've definitely found some competition in this year's newest batch of housemates.

Despite that, fans are convinced they've already figured out who will be the last housemate standing.

On Sportsbet, viewers have placed their bets on OG housemate Reggie Bird taking the crown, with odds of 2.25.

Big Brother super-fan Johnson Ashak and musician Taras Hrubyj-Piper currently follow behind at a close second - both with odds of 3.75.

Considering Reggie previously won the show in 2003, it's no surprise fans believe she has whatever it takes to be this year's winner.

Josh Goudswaard threatens to speak out at the finale.

Byron Bay local Josh Goudswaard, who was the first contestant to be evicted, has spoken out against the show, claiming that he was given a villain edit.

"I actually can't watch any more of this season because I feel like it was a total character assassination on Mel [Todd] and myself," he wrote.

"I mean, they just made me out as a villain. I am crazy, but I am also really compassionate."

In another post, Josh claimed he plans to speak out in the show's grand finale, when all the housemates reunite for one more episode.

"At the finale, they think they are going to gag me. F**king try," he said, before adding he is "not a doormat".

Layla Subritzky was more than happy to be evicted from the Big Brother house.

Layla, who has been a fan favourite since her original stint on the show in 2012, was evicted only a few episodes into the latest season.

In an interview after her eviction, Layla shared that the experience was "so different".

"It was just so different from my 2012 experience, so I was ready to call it a day being in the house," she told New Idea.

"I think being around those types of people constantly is just so draining. It’s turned into such a game – it’s so, so different."

She also confessed that she felt there was a target on her back from the beginning.

"The biggest challenge for me was definitely readjusting to these new types of housemates because I created such incredible relationships with my old housemates back in 2012," she explained.

"The old format was relying on the relationships [between housemates] and that’s where all the fun happened. I think that was why it was so hard for me," she added.

"A couple of the housemates just had really bad energy. I just picked up on it straight away."

Apparently Sam Manovski has had a crush on Anthony Drew for quite a while.

According to the So Dramatic! podcast, a source claimed that Sam knew Drew prior to appearing on Big Brother.

They further alleged that she'd had a "massive crush" on him.

While it's believed the pair stayed together for at least two months following the show ceasing filming, it seems they didn't go the distance.

"After they broke up, [Drew] told one of the other girls that he didn’t know what he was thinking dating her," the source claimed.

Listen to Mamamia's daily entertainment podcast, The Spill, below. Post continues after audio.

Josh didn't want to appear on Big Brother without Sam.

It seems Josh didn't want to appear on the show without Sam.

"She [Sam] 100 per cent knew Josh was going on the show. They both just pretended they didn’t before because it would be a threat," a source close to Josh told So Dramatic.

"Josh called her and said, 'Hey I’ve been approached for Big Brother and due to COVID we can't hang out at the moment, so how about I put you forward for the show?'

"She agreed and Josh then asked her, 'Could this be the restart of our love story?'"

According to reports, Sam claimed Big Brother could indeed be the boost they needed, but then backtracked once she was confirmed as a housemate.