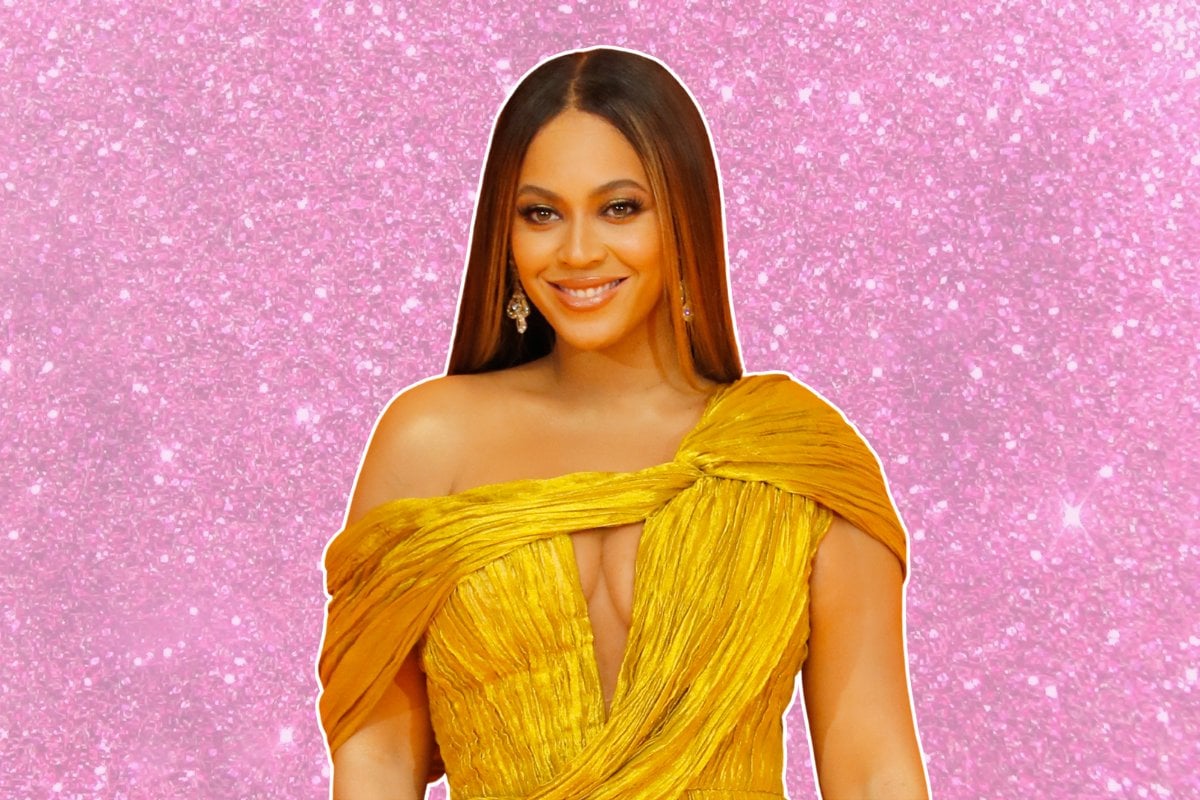 The musician/actor/director/designer/GOAT is back with a new song, 'Break My Soul'. The house banger marks the beginning of an entirely new era ahead of the release of her seventh studio album, Renaissance, on July 29.

And its message? 'Screw your job, let's dance'.

In verse one, she sings: "I just quit my job, I'm gonna find new drive, damn, they work me so damn hard, work by nine
then off past five".

Is she telling us to quit our jobs?? Because I will, Beyoncé, I will! pic.twitter.com/K6lbMWCBoJ

Anything Beyoncé does becomes a moment, because she's Beyoncé.

No one can both capture and shape the zeitgeist quite like her.

She did it in 2013, when her inclusion of a speech from Nigerian novelist Chimamanda Ngozi Adichie in the middle of 'Flawless' became a watershed moment for feminism in pop, celebrity and culture, more broadly.

She did it in 2016, when she aligned herself with the Black Lives Matter movement during her Super Bowl appearance, and later surprise dropped concept album Lemonade, which explored generational and racial trauma, reclaimed genres like rock and country, and was hailed as an "evolutionary work of Black feminism".

And she's doing it again in 2022, releasing 'Break My Soul' as the world grapples with all the consequences of the pandemic. For many, this new song is an anti-capitalist, anti-work banger.

Me in HR this morning: pic.twitter.com/Bed3aZjB6u

And also it has to be said, in a time where LGBTQI+ rights are under attack once again, it feels poignant for Bey to release this song featuring a renowned Black queer artist during Pride month and the day after Juneteenth, the United States' newest federal holiday commemorating the emancipation of slaves.

Bey's "I just quit my job" bop is the latest cultural reference to the Great Resignation, a labour trend that has seen people quit after reevaluating their jobs in the wake of COVID-19's two years of isolation.

This is all happening alongside a culture that's completely reassessing capitalism, work and burnout, and a world economy that's seeing rampant inflation and rising interest rates.

And hey, arriving soon after Kim Kardashian's bad-taste 'get your f***ing ass up and work" comments helps too.

This message is so in line with the wide cultural conversations that no one's even that bothered by the fact that Beyoncé doesn't work a '9 to 5'.

I mean... she's probably a billionaire.

Her net worth, according to Forbes, has been around US$500m for more than a decade. It's believed Bey just hasn't bothered to keep them updated, but even if we pretend she has made no money in recent years, her combined income with husband Jay Z put her in billionaire territory.

And we probably shouldn't take advice about quitting our jobs from a billionaire. Unless she's down to pay our rents?

Beyoncé said RELEASE YOUR JOB ?!! But Beyoncé how am I gonna pay for your tour tickets ???? #BREAKMYSOUL pic.twitter.com/atOFFR0v16

Beyoncé said Break My Soul and release the job while gas is $7 and rent is 2K+ pic.twitter.com/RfGFzY8qOV

Me to my manager tomorrow after telling him I’m quitting cos Beyoncé told me to #BreakMySoul pic.twitter.com/ULigszfjVT

But really, what's the suspension of belief matter when we're dancing?

With 'Break My Soul', Beyoncé's saying: 'I see you, I know work sucks, let's just dance it out'. And because she's Beyoncé... we will.

Reply
Upvote
4 upvotes
Isn't it somewhat disingenuous for a woman who has a net worth of over 500 million USD to be exhorting others to quit their job? The song might be a vibe, but it's pretty BS and hypocritical coming from someone in her situation.
M
mamamia-user-482898552 7 days ago