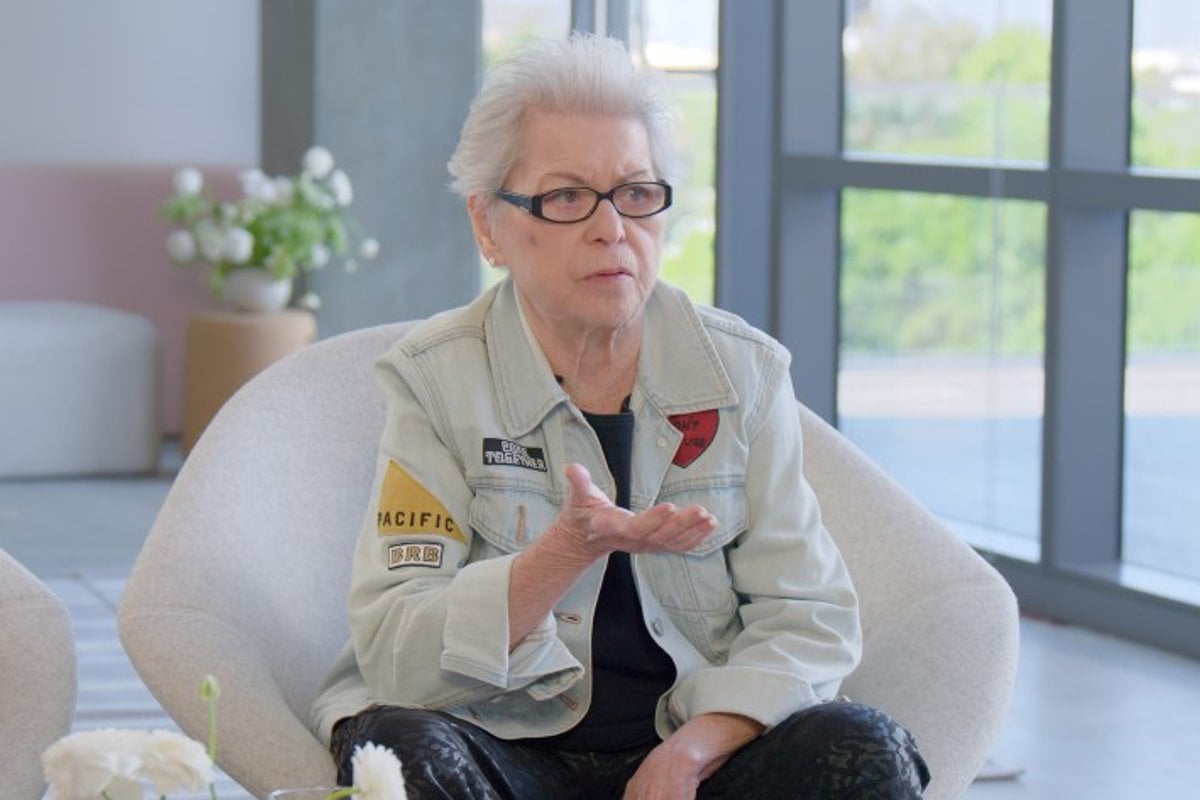 Watch the trailer for The Goop Lab With Gwyneth Paltrow. Post continues below.

"Quite typically, my marital sex soon got down to twice a month – but even then my husband would come too fast, and I wouldn’t come at all," she wrote.

It was only after Dodson and Stern divorced in 1965 that she began to fully explore her sexuality. She met an English professor, Grant Taylor, who convinced her that her vulva wasn’t deformed and encouraged her to have orgasms with his electric scalp massager.

"Why would they?" one asked.

"Everyone gets off," was how she later described the workshops.

Dodson would get women to give themselves orgasms using an electronic back massager. Her favourite was the Magic Wand, which she believed gave the best orgasms out of all the massagers she’d tested and could be bought from department stores.

Dodson went on tour to spread her message, but sometimes came up against hostility. She remembers giving a talk at a university, which involved projecting slides of women’s genitals on a screen, and hearing "hissing and then agitation" from the audience. She feared someone would pull out a gun and shoot her.

"So during the lecture I kept walking back and forth to be a moving target," she told Truthout.

Some of the other feminists of the 1970s didn’t quite know what to think of Dodson.

"I always thought sex was a top-priority issue," Dodson told The Guardian. "Feminists like Gloria Steinem thought it was private."

"Sexual repression is a vital aspect of keeping us in our 'proper' role," she pointed out.

For decades, she educated women through her workshops, books and videos. She pointed out that most women don’t orgasm from vaginal penetration, but she believed that every woman could learn to bring themselves to orgasm. She told women that it didn’t matter what they fantasised about, so long as it worked for them. "I tell them: 'Honey, the dirtier and nastier, the better,'" she said. "My fantasies are so dirty, they'd put me away."

In her seventies, Dodson started dating a man in his twenties called Eric, who had "the perfect body" and "good-size genitals". They had "the best sex of my lifetime" before she decided she had to give him up, at the age of 80.

"I didn’t want to turn into Hugh Hefner," Dodson told The Guardian.

At the age of 90, Dodson made a guest appearance on Gwyneth Paltrow’s series, The Goop Lab. When Paltrow said that "vaginas" were her favourite subject, Dodson corrected her.

"The vagina’s the birth canal only. You wanna talk about the vulva, which is the clitoris and the inner lips and all that good sh*t around it."

Earlier this year, Dodson was still running her Bodysex workshops, and was fully booked until 2021, with thousands of women on the waiting list. Then COVID came along, and her workshops had to go on Zoom. She died on October 31, at the age of 91.

Dodson’s business partner, Carlin Ross, told The Daily Beast she was driven by an "innate sense of justice".

"She’d say: 'It’s not fair that women don’t get to orgasm.' All of her work came from this sense of equality. You can’t pretend that. So when someone like that leaves this world it leaves a void. But what Betty created and channelled will go on."