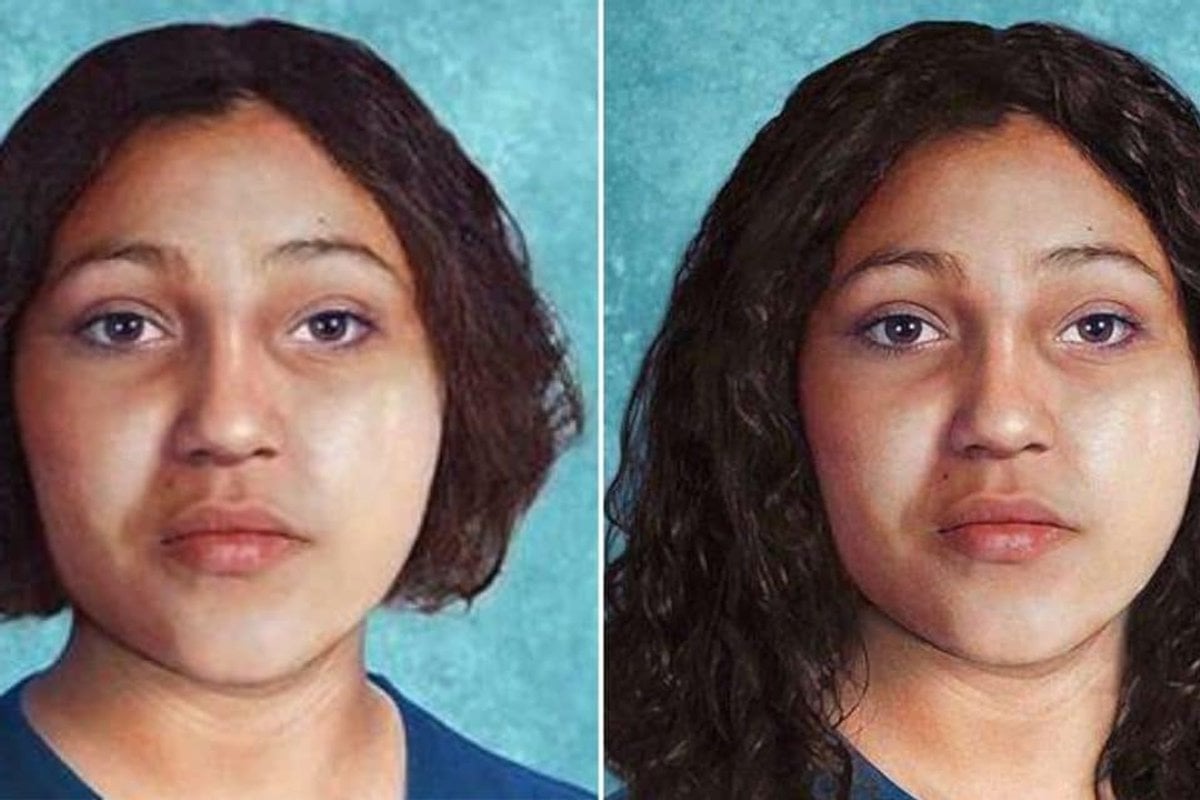 Warning: The following deals with sexual assault and may be triggering for some readers.

Just before Christmas in 1976, a 14-year-old boy, Kenneth Jumper Jr, was walking along the icy bank of the Lehigh River in Carbon County, Pennsylvania, when he made a gruesome discovery. It was the head of a teenage girl, nose and ears cut off, lying near a rock. Just a few metres away, hidden among the weeds, was a full-term female fetus.

Police searched the area and found three suitcases – one open, and two containing the girl’s other body parts. It appeared that the suitcases had been thrown from a highway overpass, 100m above the riverbank, and one had broken open when it landed. Most likely, whoever threw them had been aiming for the river, but had missed.

An autopsy showed the girl had been raped, strangled, shot in the neck, then cut up with a small serrated knife. She had probably died less than a day before her remains had been found.

Police thought the victim would be quickly identified. An artist drew a sketch of her. But despite the case receiving wide publicity, no one seemed to know who the girl was.

"We thought it was strange that no one stepped forward to identify a woman who was nine months pregnant," state police corporal Thomas McAndrew told The Morning Call.

The girl was dubbed Beth Doe.

The police had a few clues to go on. Some of the body parts had been wrapped in a New York newspaper. There was a distinctively patterned chenille bedspread in one of the suitcases. And the girl had writing on her left palm, in pen: the letters WSR and two blurred numbers.

For seven years, the bodies of the girl and her baby lay in the morgue. Police checked missing persons records across the nation but failed to find a match.

Eventually, the girl and her baby were buried, in the same coffin, in a quiet rural Carbon County cemetery. A small white cross, with the name “Beth Doe”, marked her grave. Flowers were often laid at the grave by locals. Bette Rambaran was one of those locals who would visit, in memory of the girl who was so brutally murdered and then dumped.

"He picked probably what to him was a random place to throw her, and we put a lot of love around her," she told BRC 13.

Police kept revisiting the case. In 2007, they exhumed the remains, hoping that advances in forensic science would help them identify the girl. Later, new images were released of what she would have looked like. 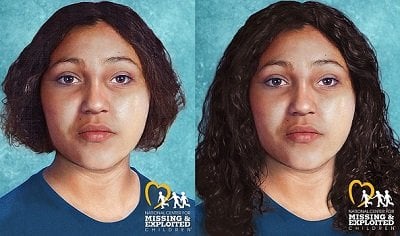 The digital images created to depict what Beth Doe looked like. Image: National Center for Missing and Exploited Children.

A woman called Nancy Monahan, who was the same age that Beth Doe would have been if she’d lived, became fascinated by her. She started up a Facebook page to keep her case in the public eye.

“The more I found out, the more horrified I became," she told The Morning Call. “It was such a vicious crime. Nobody deserves that, especially not a full-term mother. She's been like my main goal over these many years.”

Tips kept coming in, people saying that the images of Beth Doe reminded them of someone they’d once known. But none of those tips led anywhere.

Four years ago, Luis Colon Jr made the decision to try to track down his aunt Evelyn and her child. Luis had never met his aunt, but his family had desperately missed her for four decades. She had last been seen in December 1976 when she was 15. At the time, she was pregnant to her boyfriend, Luis Sierra, and living with him in an apartment in Jersey City.

Family members went to the apartment one day to take Evelyn soup, and found it empty. In January 1977, they received a letter from Connecticut, supposedly from Evelyn and Sierra, saying that they were fine and that Evelyn had given birth to a baby boy. The family never reported Evelyn as a missing person, but tried for years to track her down.

"I always was curious, and I wanted to see if I could get in touch with her or my cousin," Luis Colon Jr told BRC 13. "I found it hard to believe, growing up, that she would abandon the family permanently."

He uploaded his DNA to several public databases and waited.

Just recently, someone finally got in touch – not his aunt or cousin, but the police. Through genetic genealogy, a link had been made between him and Beth Doe. The police spoke to his family about Evelyn and her disappearance back in 1976.

“Evelyn had told their mother that she feared Sierra and that if anything happened to her, he was likely involved,” court records say.

Last week, police arrested Sierra, who is now 63, and charged him with criminal homicide.

“There's no happy ending in this story,” Luis Colon Jr said. “The whole point of me doing the DNA was to connect with one of them, build a relationship, find out what happened.”

The Colon family have named Evelyn’s baby Emily Grace. They have set up a GoFundMe to build a memorial to Evelyn and Emily.

“The hopes of one day reuniting with her were long etched in our hearts,” Evelyn’s niece Miriam Colon-Veltman wrote on the page. “She was taken from a family who loved her and a family longing to meet her and her child for the first time.

“We never could have imagined this would be the way we would see her again. The gruesome brutality of Evelyn and her baby's murder have deeply broken us.”

Miriam thanked the Pennsylvania state troopers for their “continued tireless effort”, and also thanked the people of Carbon County.

“You have loved Evelyn as much as we do for all 45 years.”

Reply
Upvote
That is such an awful crime, that poor girl.
B
beachhouse84 9 months ago