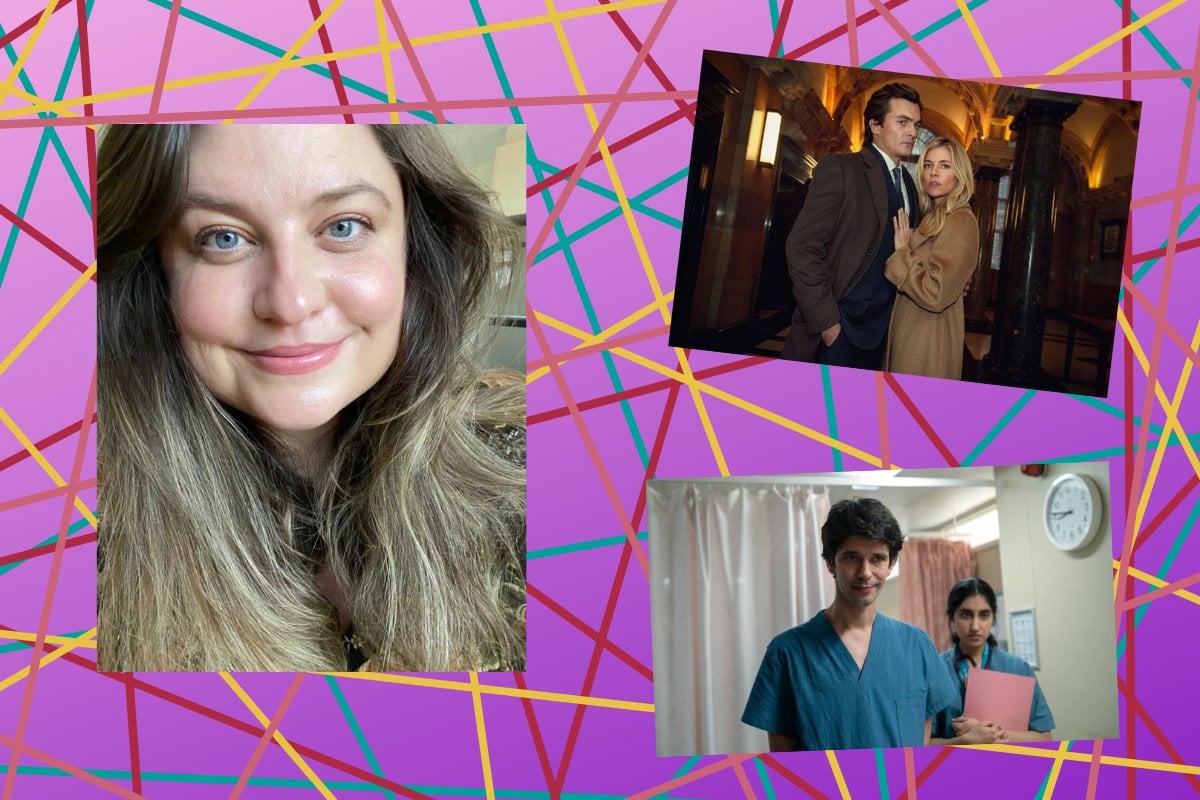 I'm one of those people who has a job that seems almost too good to be true.

Part of my role as Mamamia's Pop Culture Editor is to... watch telly. Copious amounts of it. This involves watching screeners of TV series weeks before they come out, and binge watching TV all weekend and not feeling bad about it because it's part of my... personal brand.

This means I've basically watched every new TV show that's come out this year and I can tell people what's worth their time and what isn't.

So, to stop you doom scrolling through Netflix, I've rounded up the best TV shows of the year so far - the ones I think you should definitely watch - and I'll be updating it throughout the year. So, you know, bookmark this page for your future, super-organised self.

Here are my absolute favourite TV shows of 2022 so far:

This Is Going To Hurt 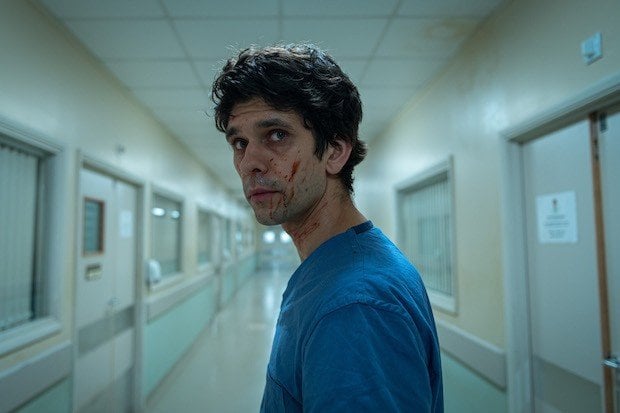 This Is Going To Hurt is a completely different type of medical drama.

The gritty BBC comedy-drama, which is based on Adam McKay's bestselling memoir of the same name, takes the audience behind the curtain of Britain's much-loved National Health Service (NHS).

Set in 2006 in a busy obstetrics and gynaecology ward in an NHS hospital, the series follows junior doctors Adam (Ben Whishaw) and Shruti Acharya (Ambika Mod) as they juggle abusive patients, horrible bosses, and medical emergencies.

The series shows the horror and the hope of working on a labour ward and doesn't shy away from the more confronting storylines.

It's absolutely brutal one minute, and laugh out loud funny the next.

This Is Going To Hurt is streaming on Binge.

Anatomy of a Scandal 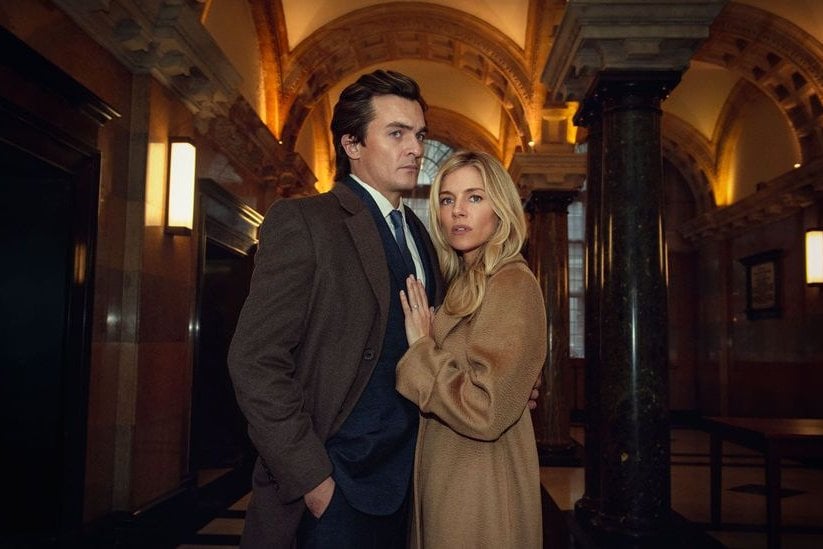 At the end of the first episode of Anatomy of a Scandal, Rupert Friend's character James is literally blown backwards by the force of his own shock after he is accused of rape.

While it's a shock to James and his wife Sophie (Sienna Miller), it's not a shock to those of us playing along at home who have watched this story play out many times before.

You see, it's no longer surprising to us that a man in a position of power (James is a prominent British MP) would use that power to take advantage of someone working under him.

That a man would casually rape a woman and wholeheartedly believe that he will get away with it.

Because it's happened so, so many times before.

That's what makes Anatomy of a Scandal such a compelling watch. It's both a 'dirty little thriller' that you'll rip through in an afternoon, and a study of a marriage which asks the question: can we truly ever know what the people we love are capable of?

Based on Sarah Vaughan's bestselling book of the same name and created by David E. Kelley (Big Little Lies and The Undoing) and Melissa James Gibson (House of Cards), the six-part series is a thrilling tale of consent and deceit, with just a sprinkling of soapy drama.

Anatomy of a Scandal is streaming on Netflix. 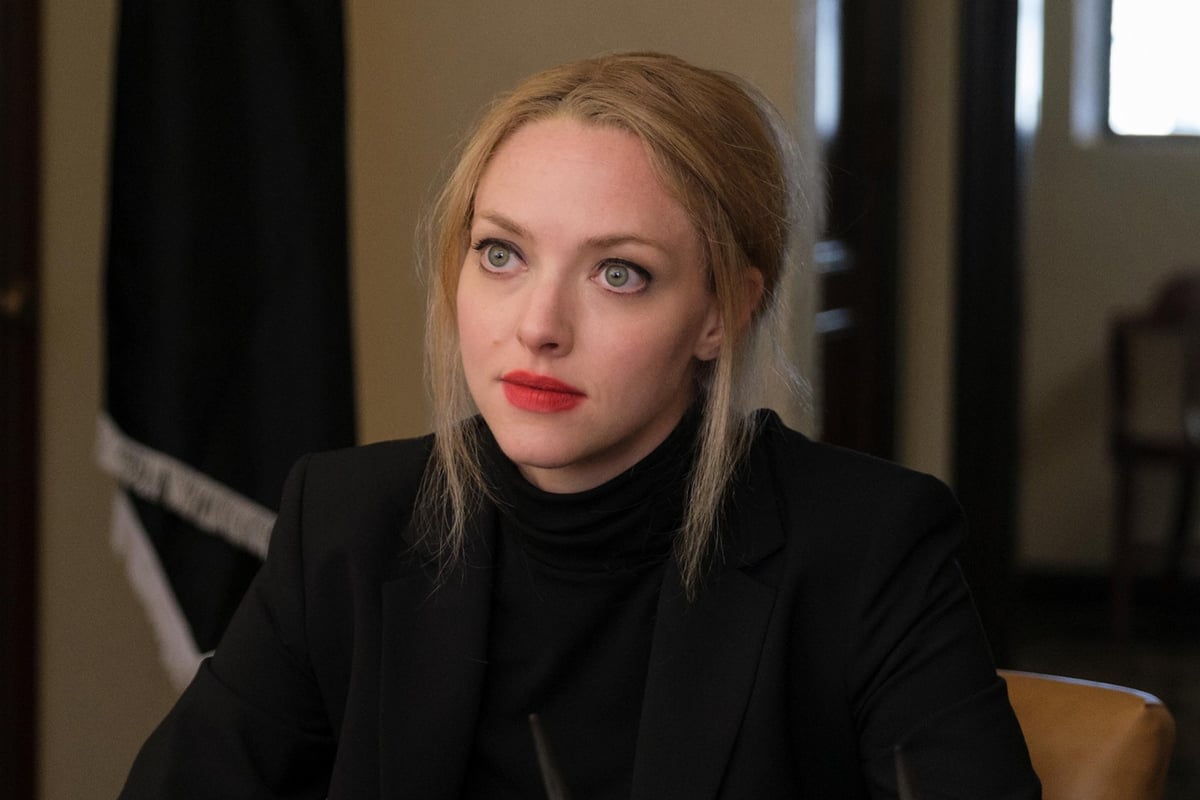 There's a scene in The Dropout which I'm still thinking about weeks after I watched it.

In the scene, Amanda Seyfried's character Elizabeth Holmes slowly dances towards her much older partner Sunny Balwani (Naveen Andrews) in their co-joined offices.

She's lip-syncing to Lil' Wayne's 'How to Love', while sipping on a green juice, and making these robotic movements with her arms which I believe deep down in my soul she believes are... sexy.

The moment is so cringe-worthy I felt an urge cover my eyes with my fingers, but then I wouldn't have been able to bask in the glorious awkwardness of it all.

That scene pretty much sums up the brilliance of The Dropout and Seyfried's portrayal of Elizabeth Holmes.

What the series does so well is present both Holmes the human, with faults, unresolved trauma and truly terrible dancing, and Holmes the con woman, who seemingly would stop at nothing to live out her fantasy of being the next Steve Jobs.

The Dropout is streaming on Disney Plus and you can watch the trailer for it here: 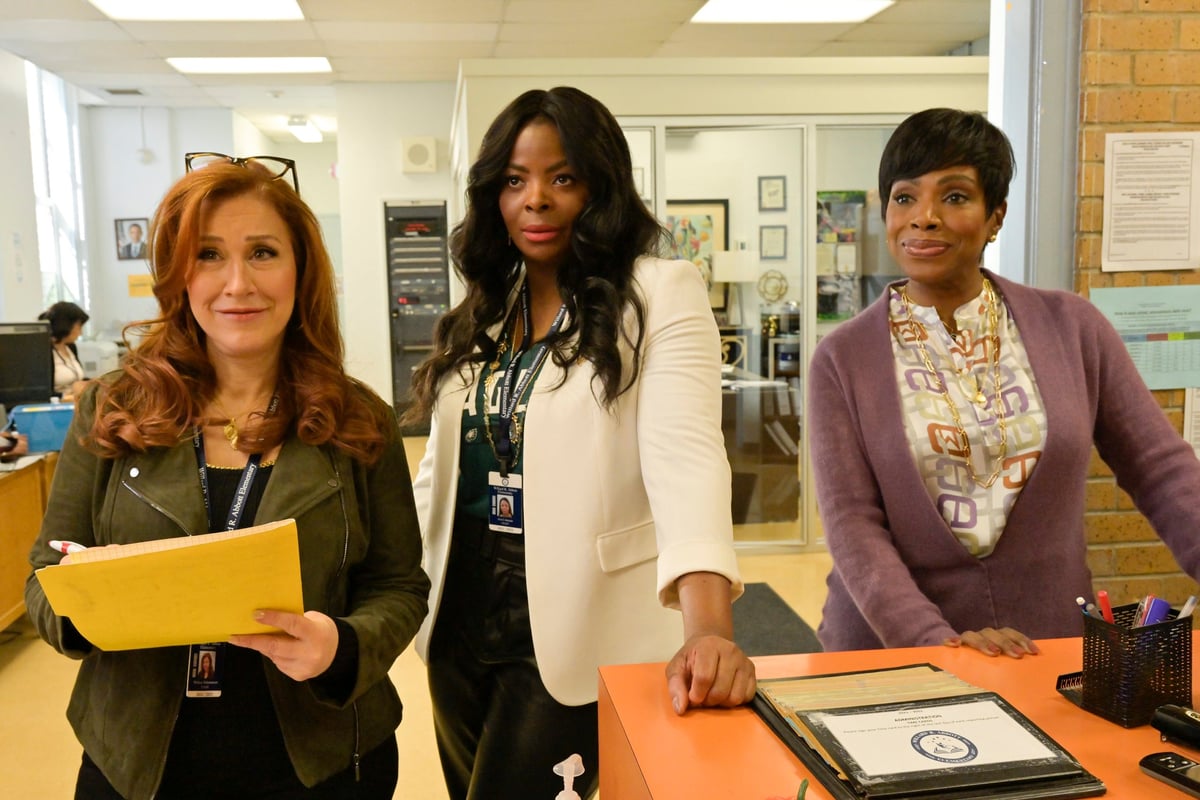 If The Office and Parks and Recreation had a wholesome baby in the middle of the pandemic, the result would be Abbott Elementary.

Abbott Elementary takes us behind-the-scenes of a fictional elementary school in Baltimore, where the teachers are underpaid and overworked, and there's not enough money to buy even the most basic of supplies.

But don't worry, this series is anything but a downer. The "mockumentary" style of filming, plus the Michael Scott-esque principal, the burgeoning love story between two of the junior teachers, and the genuine friendships between the characters mean you'll be laughing out loud one minute and genuinely moved by the wholesomeness of it all the next.

Abbott Elementary is the best TV show no one is watching yet.

Abbott Elementary is streaming on Disney Plus. 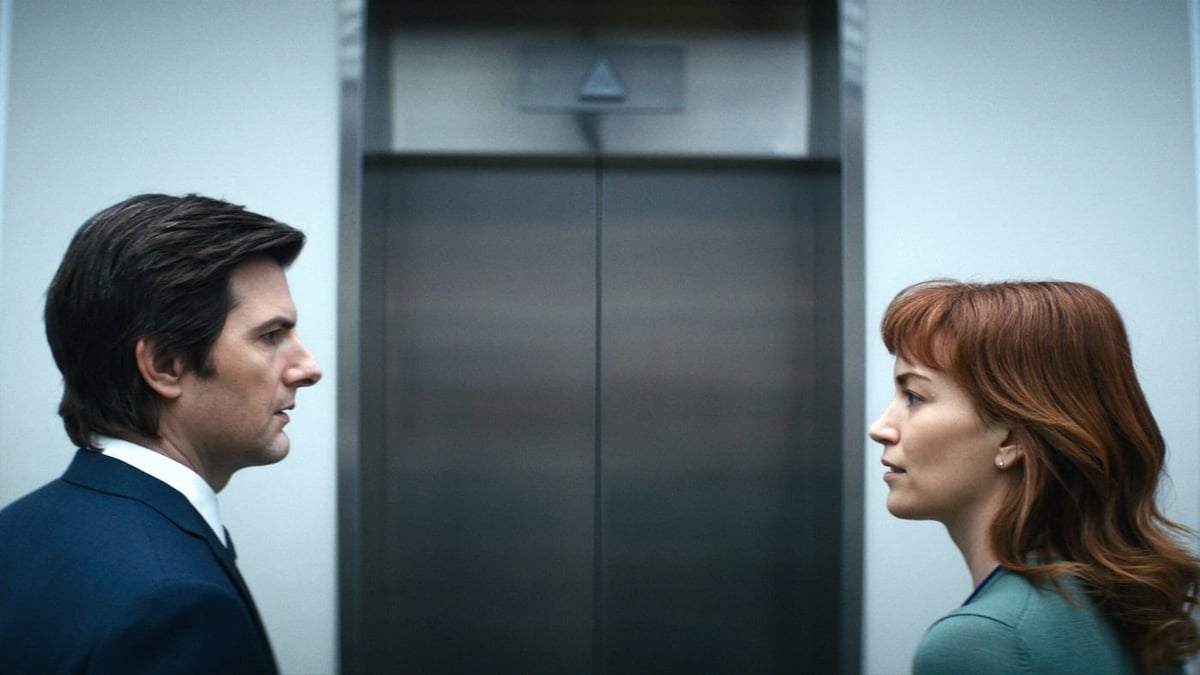 For the past few months I've been wondering whether I'll ever feel the desire to return to the office full time.

After watching Severance, I think I have my answer. And that answer is... hell no.

Severance is a dystopian thriller that takes all your anxieties about work and the corporate world and turns them into a true horror story.

Created by Dan Erikson and mostly directed by Ben Stiller, the series follows a group of "severed" employees working at a mysterious company called Lumon.

Mark (Adam Scott) chose to be severed after the death of his wife, in the hope it would lessen his grief.

On the inside, he’s the happy-go-lucky department head of the macrodata refinement division at Lumon, where he and three other employees - Dylan (Zach Cherry), Helly (Britt Lower), and Irving (John Turturro) - organise some mysterious numbers all day.

But after one of his ex-colleagues reaches out to him, Mark's "outie" begins to have doubts about what's really going on at Lumon.

After a slow start, Severance builds to a cliffhanger finale that will leave you on the edge of your seat.

Severance is streaming on Apple TV Plus. 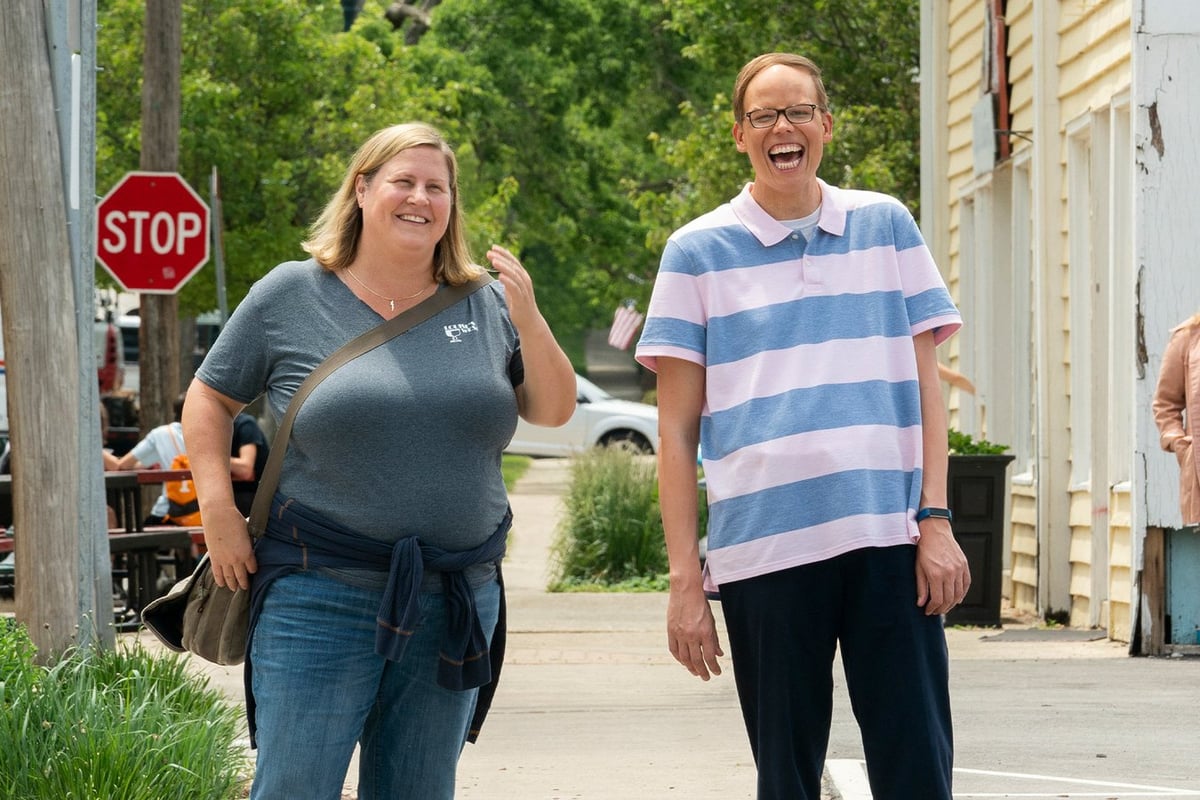 It's not often that you find a TV show that's both laugh out loud funny and so bloody touching, it'll leave you in tears at the most unexpected moments.

But that's exactly what comedian Bridget Everett's semi-autobiographical series Somebody, Somewhere is.

The series, which was created by Hannah Bos and Paul Thureen and is loosely based on Everett's own life, follows the story of Sam (Everett) a woman who moved back to her small hometown to look after her sister who had terminal cancer.

After her sister dies, Sam reassesses her place in the world and begins to connect with a group of local misfits.

Somebody, Somewhere is a series about grief, failure, adult friendships, and finding hope in the most unexpected places.

Somebody, Somewhere is streaming on Binge. 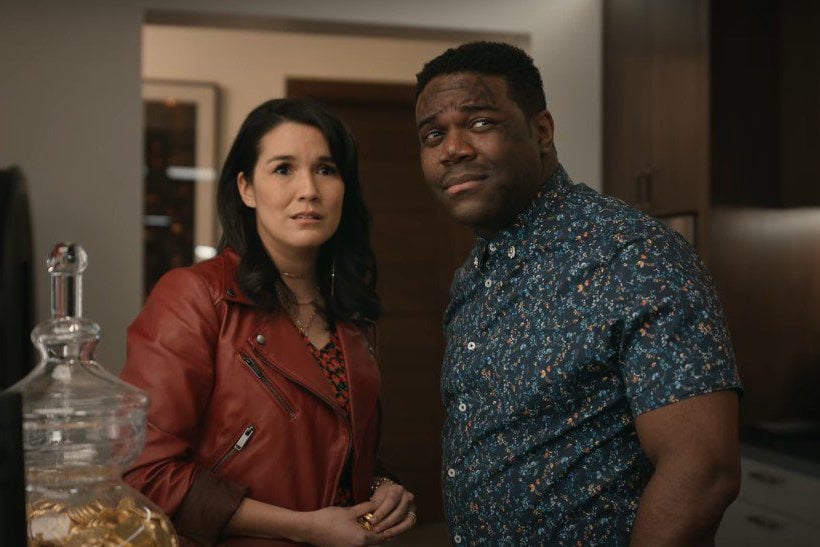 The Afterparty is just a whole lot of fun.

The series follows a group of former high school friends who come together for their 15 year high school reunion. When someone dies at the reunion afterparty, everyone else immediately becomes a suspect.

Each episode is told from the perspective of one character/suspect as they tell their own version of events to a rogue detective (Tiffany Haddish) who is trying to crack the case before it's taken off her.

The Afterparty is streaming on Apple TV Plus. 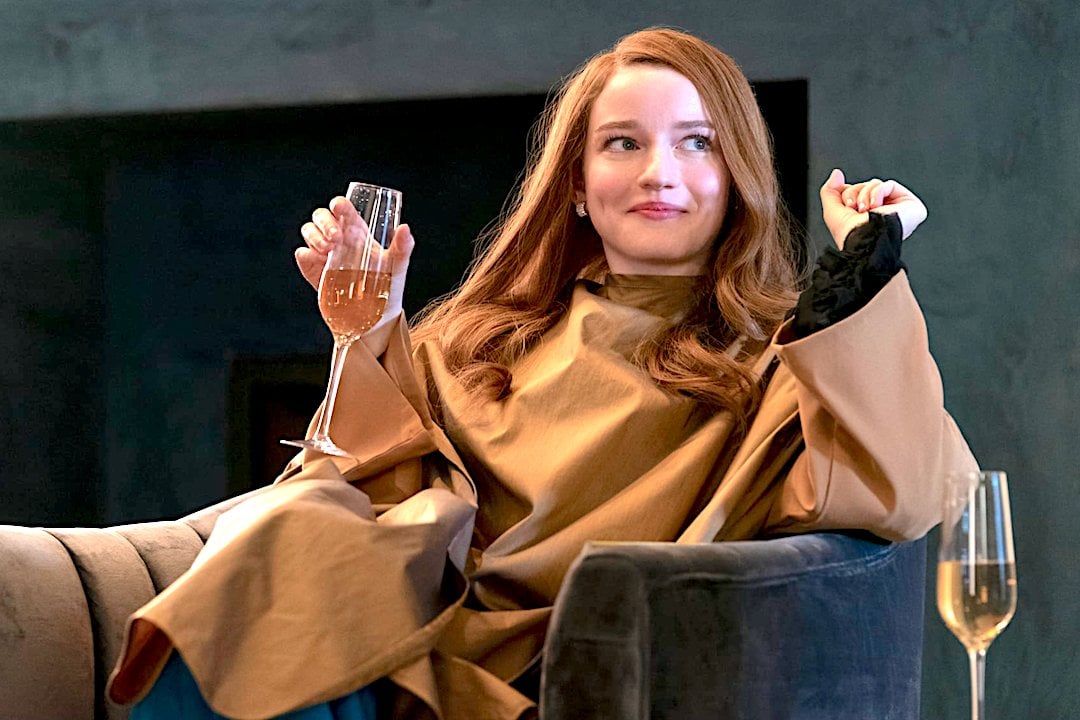 Inventing Anna was created by Shonda Rhimes' Shondaland for Netflix, so you know you're in for a good time.

The series tells the (mostly) true story of Anna Delvey, a Russian-born German woman who pretended to be a German heiress worth millions of dollars.

After she moved to New York City in 2013, she convinced the city's most elite socialites that she was an heiress with a huge trust fund, and infiltrated their close-knit social circles.

In 2017, she was arrested for defrauding international banking institutions, hotels, and even some of her closest friends.

Inventing Anna follows Anna's rise and fall plus the story of the journalist who broke the story.

It's soapy, thrilling ride through one woman's delusions and another woman's determination to get the story, no matter the cost.

Inventing Anna is streaming on Netflix and you can listen to a full review of it on this episode of The Spill:

Reply
Upvote
Severance all the way. I clicked on this article ready to comment it if it wasn’t on the list, lol. Best and most original show I’ve seen in YEARS.
M
mamamia-user-482898552 a month ago