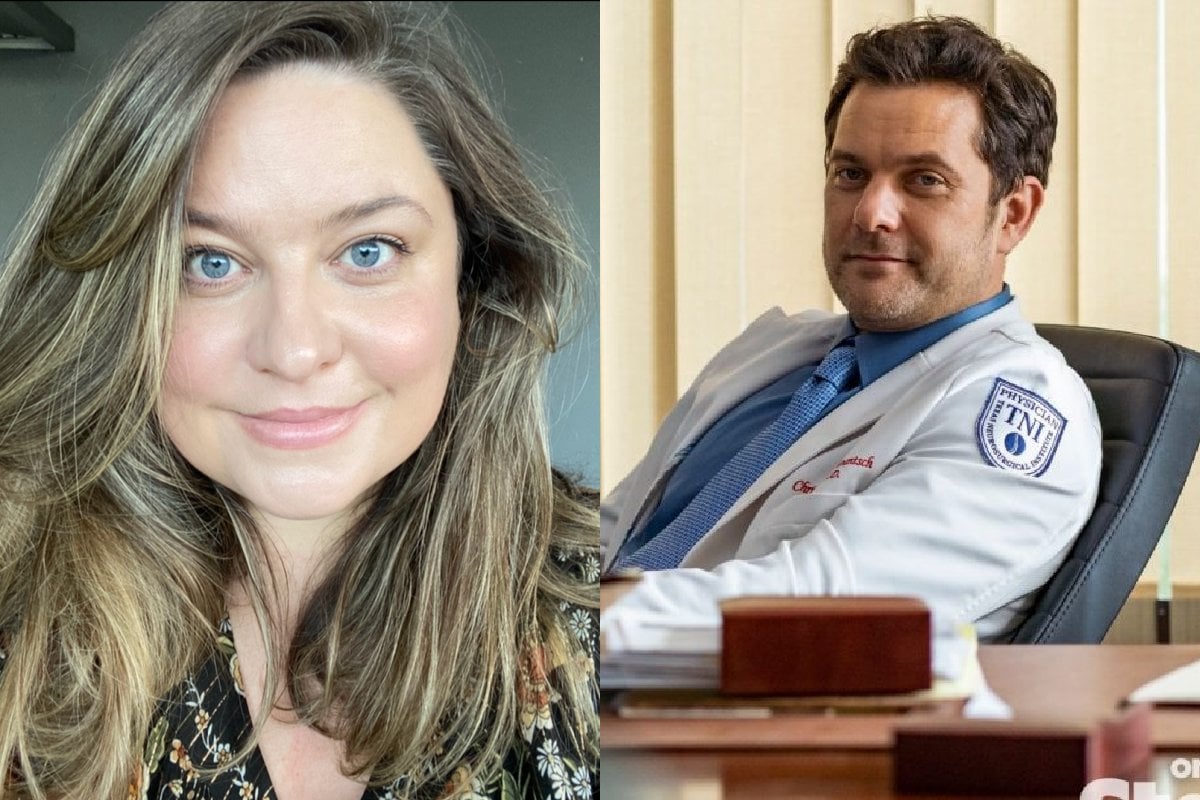 I have exactly two hobbies - true crime and TV.

I get particularly excited when those two personal interest areas overlap. And I hazard a guess that if you've clicked on this article you too like to watch glamorous Hollywood types reenact the most brutal crimes in history.

So, to help you out, I've rounded up the very best true-crime inspired TV series across Netflix, Stan, BritBox, Binge, Apple TV+ and ABC iview.

While you're here, you might like to check out my roundup of the best murder mysteries you may not have seen, and the best UK crime thrillers you probably haven't watched.

Here are the very best true crime-inspired TV series and where to watch them: 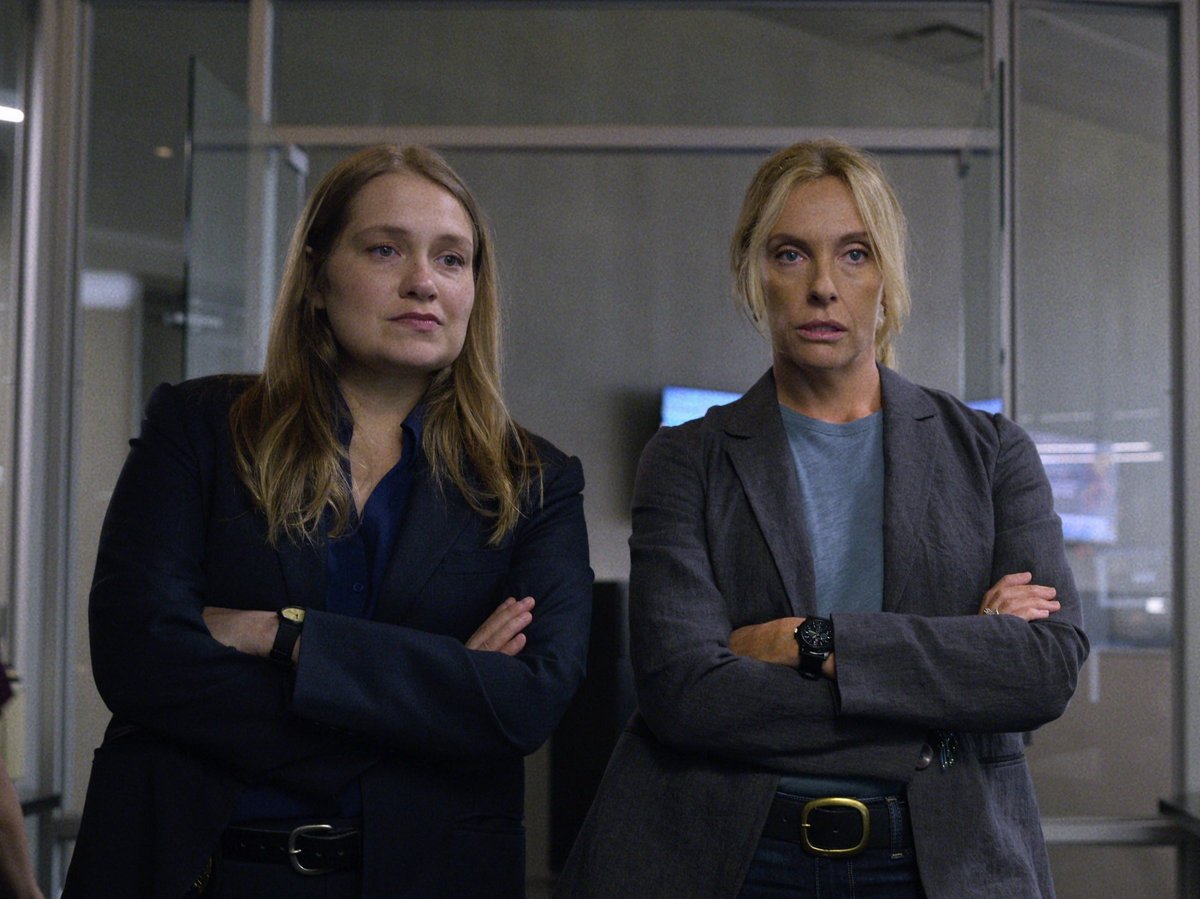 Unbelievable is one of the best mini-series Netflix has ever made.

The series, which stars Toni Collette, Merritt Wever and Kaitlyn Dever, is based on the 2015 news article "An Unbelievable Story of Rape", which went viral globally at the time of publication.

In the series, Dever plays Marie, a teenager who is charged with falsely reporting a rape. Collette and Wever play two detectives who uncover a serial rapist and finally get justice for Marie.

Watch it if you like: Badass female detectives, anything Toni Collette touches, and happy-ish endings.

You can watch Unbelievable on Netflix now. 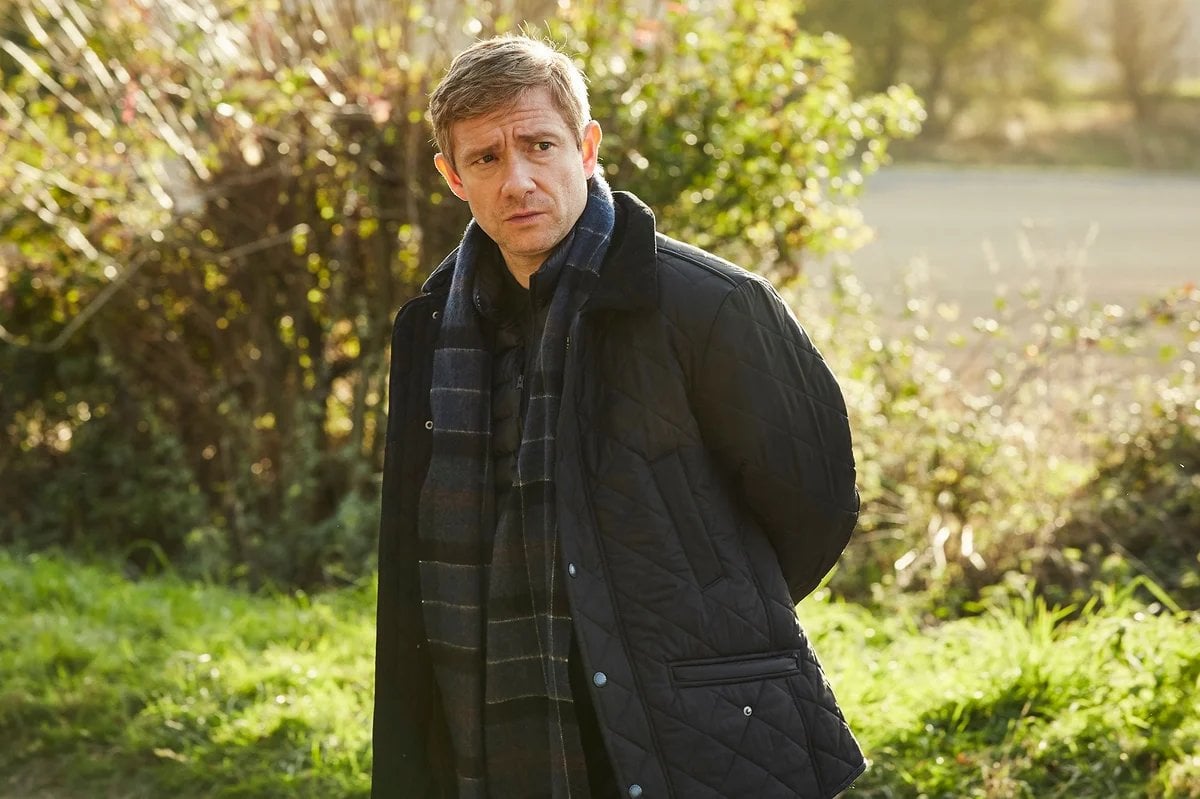 A Confession tells the story behind one of Britain's most notorious true crimes.

The mini-series stars Martin Freeman as Detective Steve Fulcher, whose hunt for missing 22-year-old Sian O’Callaghan led him to extracting a confession from the killer.

However, the confession came at an enormous cost to the case and also Fulcher's career.

Watch if you like: Martin Freeman, learning about the stories behind the headlines, and Des.

A Confession is streaming on Britbox now. They currently have a 30-day free trial. 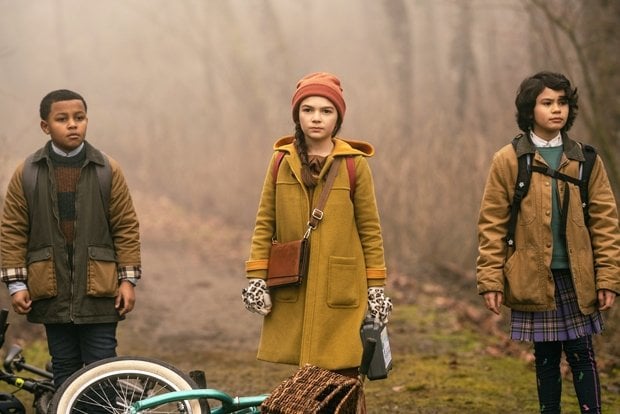 Home Before Dark, which is one of Apple TV+'s best originals, is based on the true story of a young investigative journalist named Hilde Lysiak, the youngest member of the Society of Professional Journalists who founded the newspaper Orange Street News at 12 years old.

In the series, nine-year-old Lysiak moves from Brooklyn to a small lakeside town. She soon stumbles upon a cold case and attempts to discover the truth that the town, including her own dad, buried long ago.

Watch it if you like: Reading Nancy Drew books as a kid, solving murders in your hometown, small towns by a lake, and hot dads.

The entire first season of Home Before Dark is streaming on Apple TV+ now, with new episodes for the second season dropping weekly. 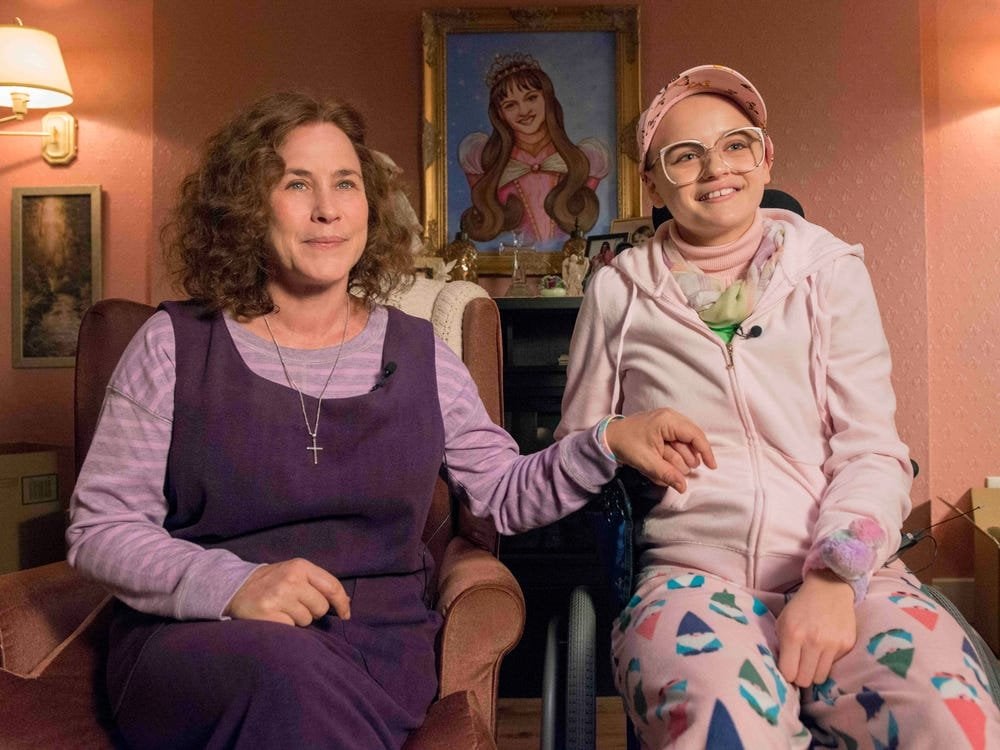 The Act tells the true story of Gypsy Rose Blanchard and her mother Dee Dee.

Gypsy Rose (played by Joey King) has spent most of her life confined to her house while her mother Dee Dee (Patricia Arquette) administers the medicine she needs for all of her life-threatening illnesses.

After meeting a man online, Gypsy Rose realises that her mother may not being telling her the truth about her health. The realisation leads to deadly consequences.

Watch it if you like: Absolutely bonkers true crime stories, Tiger King, and two wrongs definitely not making a right.

You can watch The Act on Binge and Foxtel. 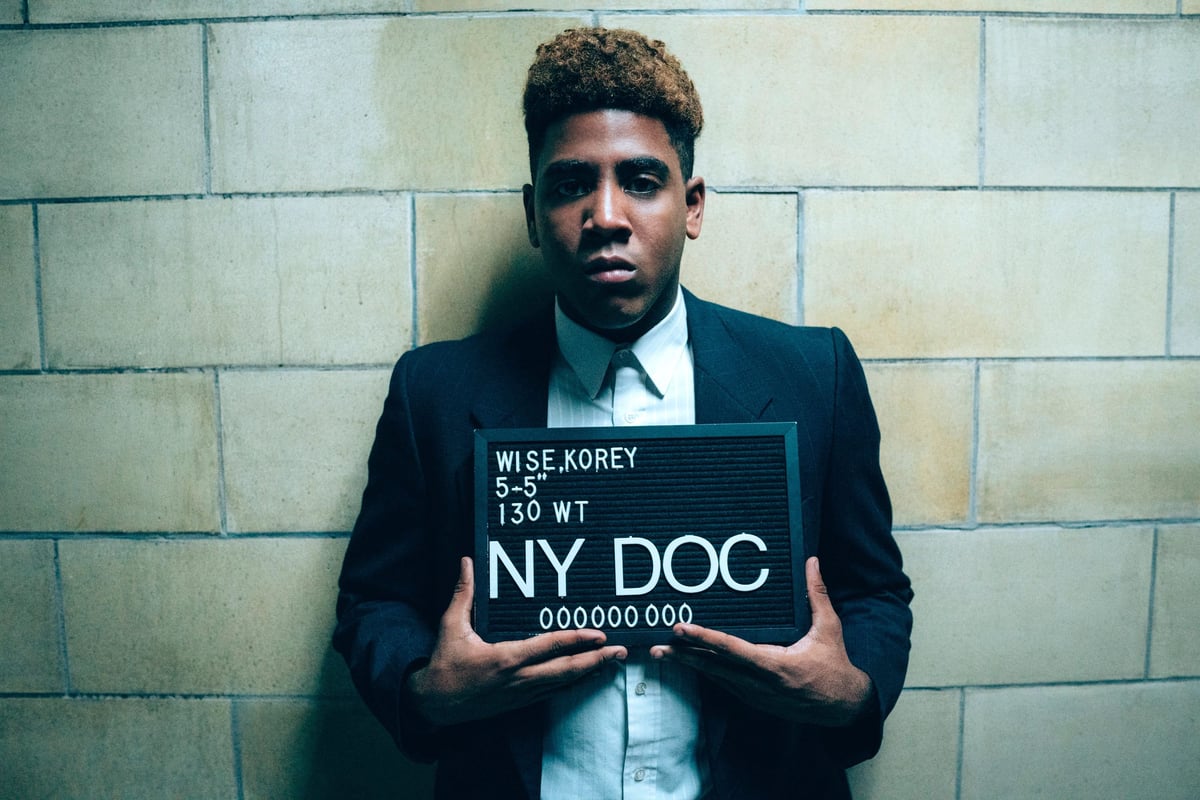 On the night of April 19, 1989, Trisha Meili set out for her nightly jog in New York’s Central Park.

That night, her regular run was cut brutally short. Meili was struck on the head with a tree branch and dragged into a wooded area.

A few hours later, two men found Meili naked, bound and gagged. She had been severely beaten and raped. Her eye socket was crushed, and she had several skull fractures.

While Meili was in a coma, the police had arrested and built a case against five young boys from Harlem, who were aged between 14 and 16. The police said the 'Central Park Five' had gang raped Meilie while "wilding" in the park.

Despite there being no physical evidence against the boys, and the fact that most of them had never even met before they were charged.

Raymond Santana, Kevin Richardson, Antron McCray, Yusef Salaam, and Korey Wise were convicted on a range of charges, and spent between six and 14 years in jail.

The four-part series tells their story from the night of the rape until their eventual exonerations.

You can watch When They See Us on Netflix now. 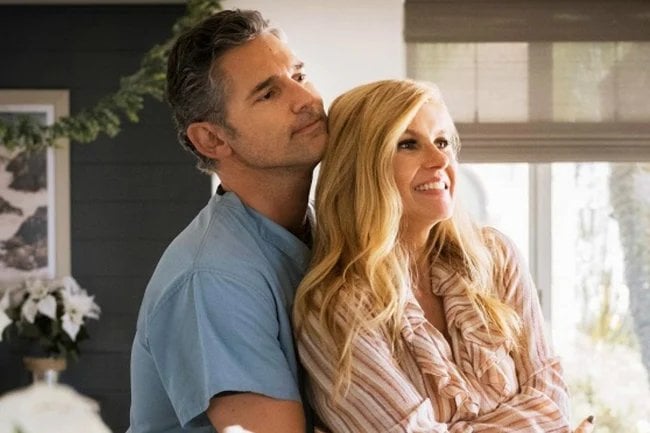 He was 55, six foot two, and he had the kind of good looks you’d associate with an old-school Hollywood heart-throb.

John, an anaesthetist, had just spent a year in Iraq with Doctors Without Borders, but all he wanted to do was listen to Debra. To hear about her life, to empathise when she spoke about the struggles she faced with her listless daughters.

To John, Debra was the most fascinating woman in the world. And he was exactly what was missing from her life.

Within a few weeks, they moved in together. Less than two months later, they married in secret.

Debra would later find out that John was a compulsive liar, a manipulator who had a history of taking advantage of vulnerable women and stealing their money.

Watch it if you like: A very naughty Eric Bana, anything Connie Britton touches, and satisfying endings.

You can watch Dirty John on Netflix. 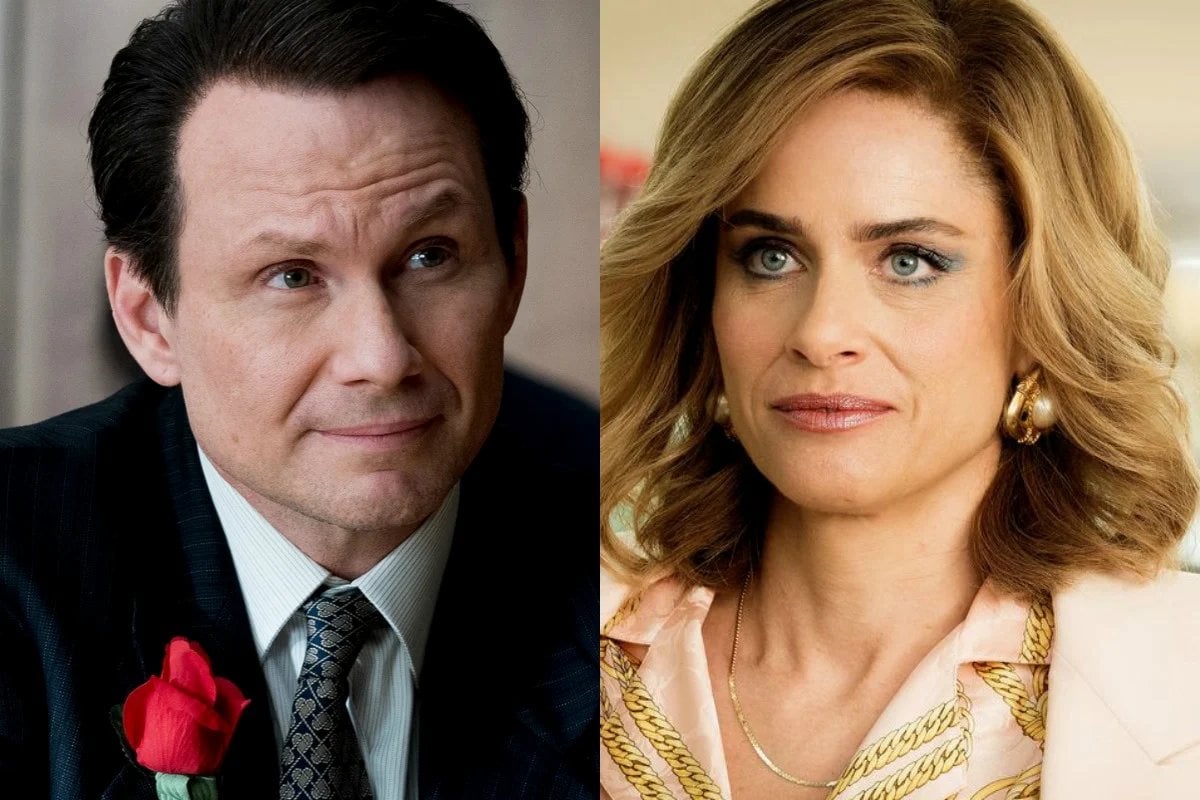 There's a montage at the end of Dirty John: The Betty Broderick Story which shows how things could have ended differently for Dan and Betty Broderick if they had made a series of slightly different decisions.

If they had approached their divorce amicably.

If Betty hadn't given up the kids.

If Dan had told Betty the truth about his affair.

Perhaps, if they hadn't married in the first place.

The second season of the Dirty John anthology series tells the story of the Californian couple who met and married in the late 1960s. By the early 1980s, their marriage was breaking down. By the end of the decade, Dan and his new wife, Linda Kolkena, were dead and Betty was on trial for double homicide.

Watch it if you like: The first season, Christian Slater having a little comeback, and the kind of killer we don't often see.

You can watch Dirty John: The Betty Broderick Story on Netflix. 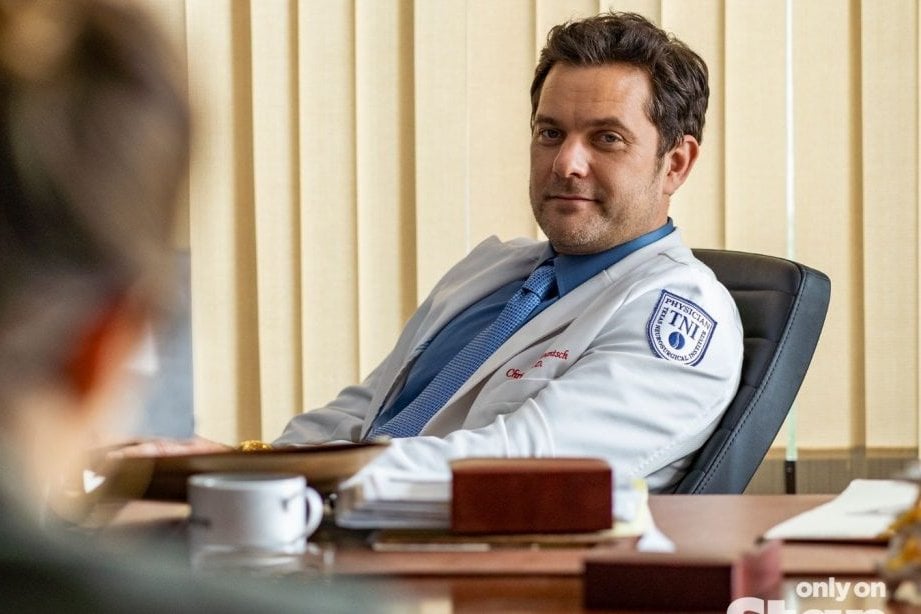 Christopher Duntsch has always been the kind of person who never gives up.

If he sets himself a goal, he’ll stop at nothing to achieve it - even if it means innocent people have to die.

Based on the hit Wondery podcast, Stan's true crime series Dr. Death follows Duntsch's short yet deadly surgical career and the surgeons who finally brought him to justice.

Watch it if you like: Pacey all grown up and being a bit murder-y, Dirty John, and plenty of twists and turns. 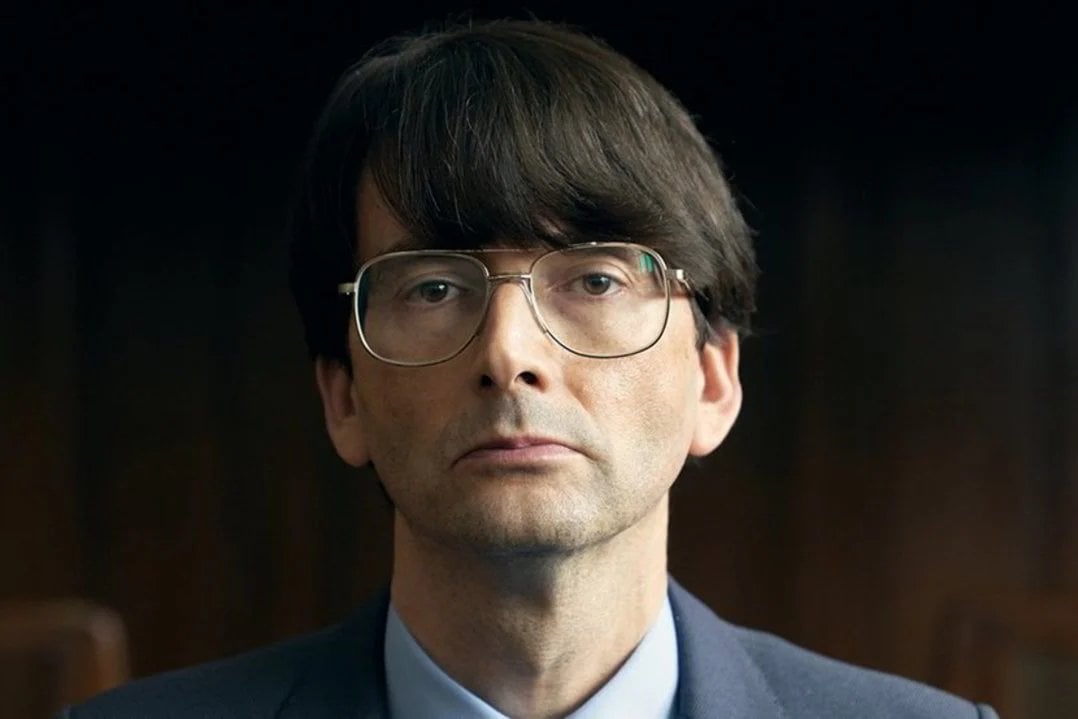 In the first episode of Stan's true crime series, Des, the character based on notorious UK serial killer Dennis Nilsen (David Tennant) calmly sits in an interview room at the local police station.

It's January 1983 and earlier that day the police discovered human remains in the drains of his attic flat at 23 Cranley Gardens in Muswell Hill, London. When asked about the remains as he returned home from his job at a local job centre that evening, Nilsen immediately confessed to killing 15 to 16 young boys and men.

Once in the interview room, the 37-year-old Scottish civil servant rattles off his inventory of murder victims like it is a grocery shopping list.

The series explores how a seemingly normal guy could be capable of such heinous crimes.

Watch it if you like: An evil David Tennant, British true crime stories, and exploring the minds of serial killers.

Des is streaming on Stan now. 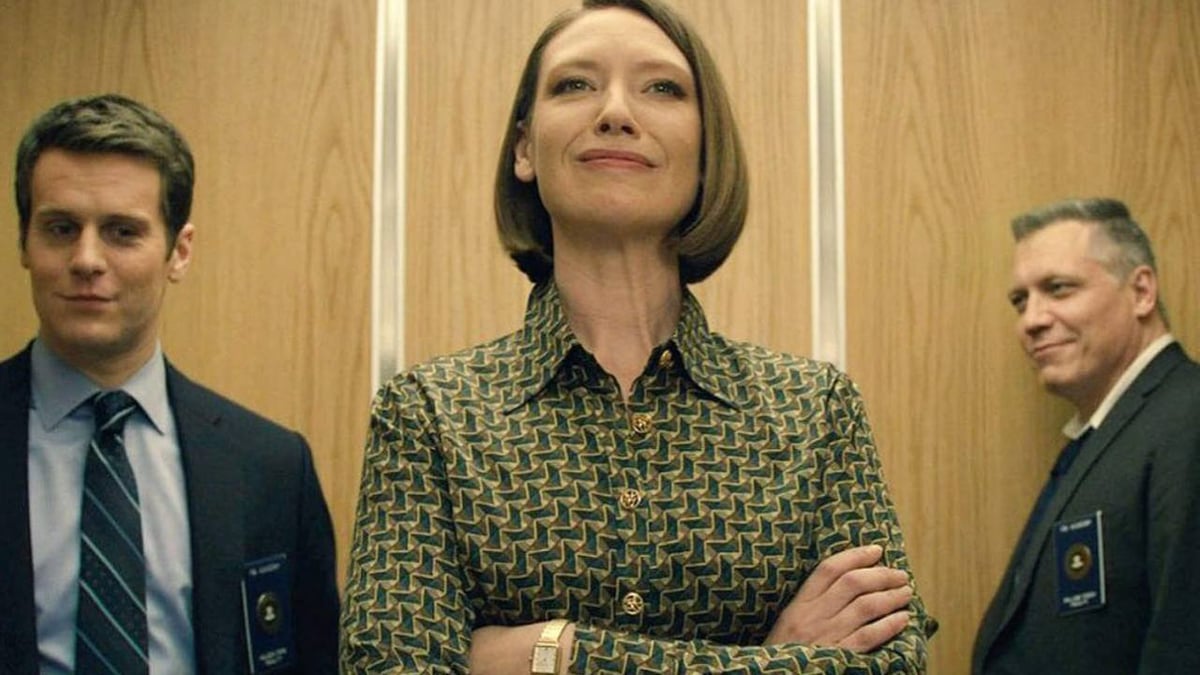 If you’ve ever wondered what it would be like to sit across from a serial killer and ask them anything you like, this is the series for you.

The David Finch-helmed series takes us into the early days of criminal profiling, to a time before the term 'serial killer' was a part of our vernacular and Ted Bundy was a household name.

Watch it if you like: Anything about serial killers and how they work, fun office politics, and learning about how things came about.

Both seasons of Mindhunter are streaming on Netflix. 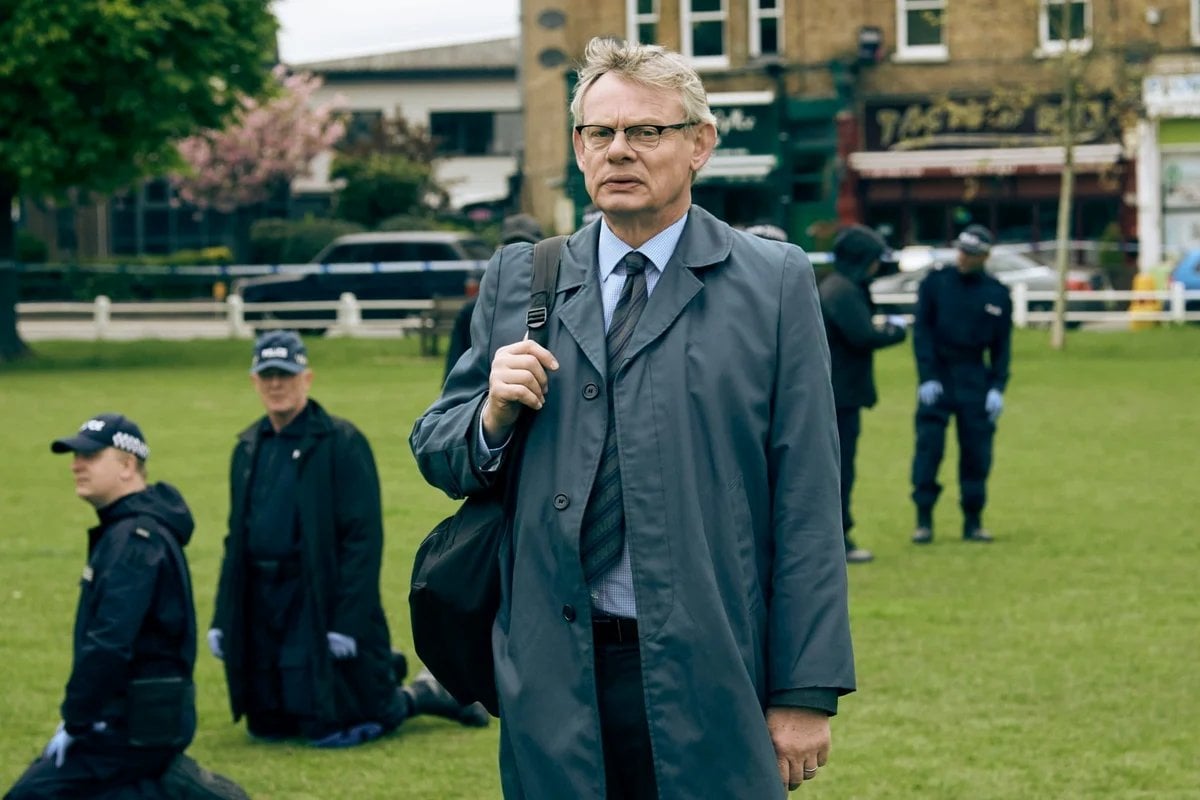 Manhunt is another British series based on a notorious true crime.

The three-part series is based on the true story surrounding the investigation into the death of French student Amélie Delagrange.

On the evening of August 19, 2004, 22-year-old Delagrange is attacked on Twickenham Green, in the south-west of Greater London. She later dies in hospital from serious head injuries.

Watch it if you like: Martin Clunes, true crime podcasts, and seeing how murder investigations work behind the scenes.