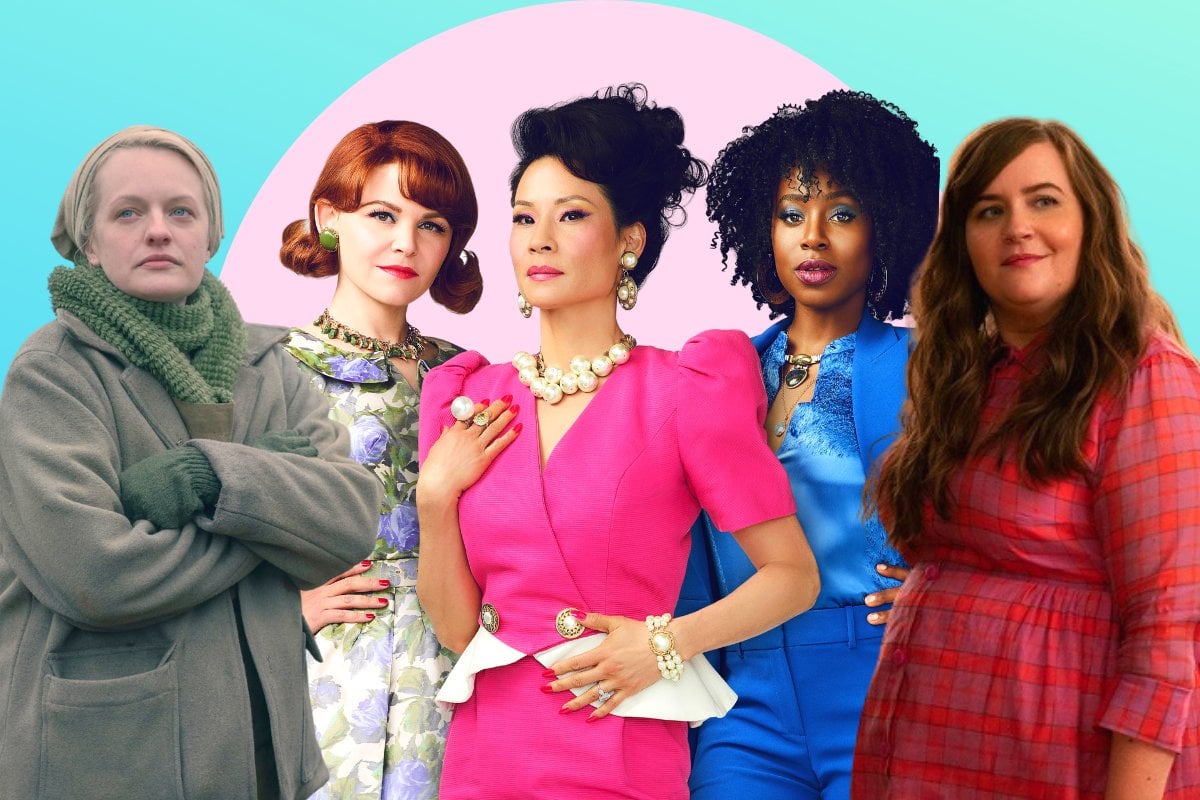 When I say the words 'streaming service', your mind is probably not going to go directly to SBS On Demand.

But while SBS' streaming arm is often overlooked, it's a treasure trove of great TV.

And best of all: it's free.

To help you out, I've rounded up the best TV series on the streaming platform, from bingeable comedies to mysteries to... literally my favourite show of all time. 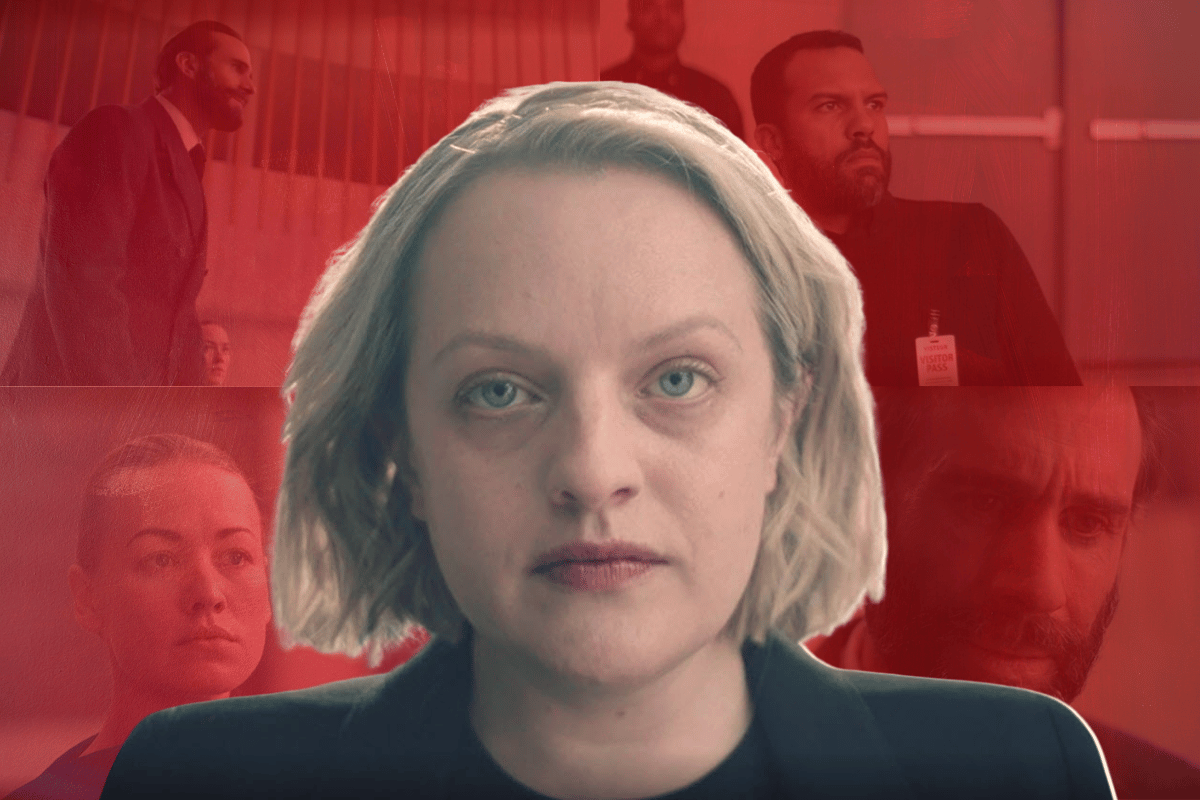 Waiting for The Handmaid's Tale season four felt like an eternity, but holy heck was it worth the wait.

In season four, June et al. are on the run from Gilead after the epic events of season three (I don't want to spoil anything in case you haven't... seen it.)

Season four of the show, for which basically every cast member received an Emmy nom for their work, is dark and twisty and, at points, unusually sweet. Plus... the season finale was one of the most satisfying episodes of television I've ever watched.

I can't say much more without giving away some major "OMG" moments, but Handmaid's is my holy grail TV show and I would never lead you astray!

(Oh, and after each ep, you can read my recaps here.)

The first three seasons of The Handmaid's Tale have moved to Stan, but season four will be at home on SBS until April 2022. Blessed day. 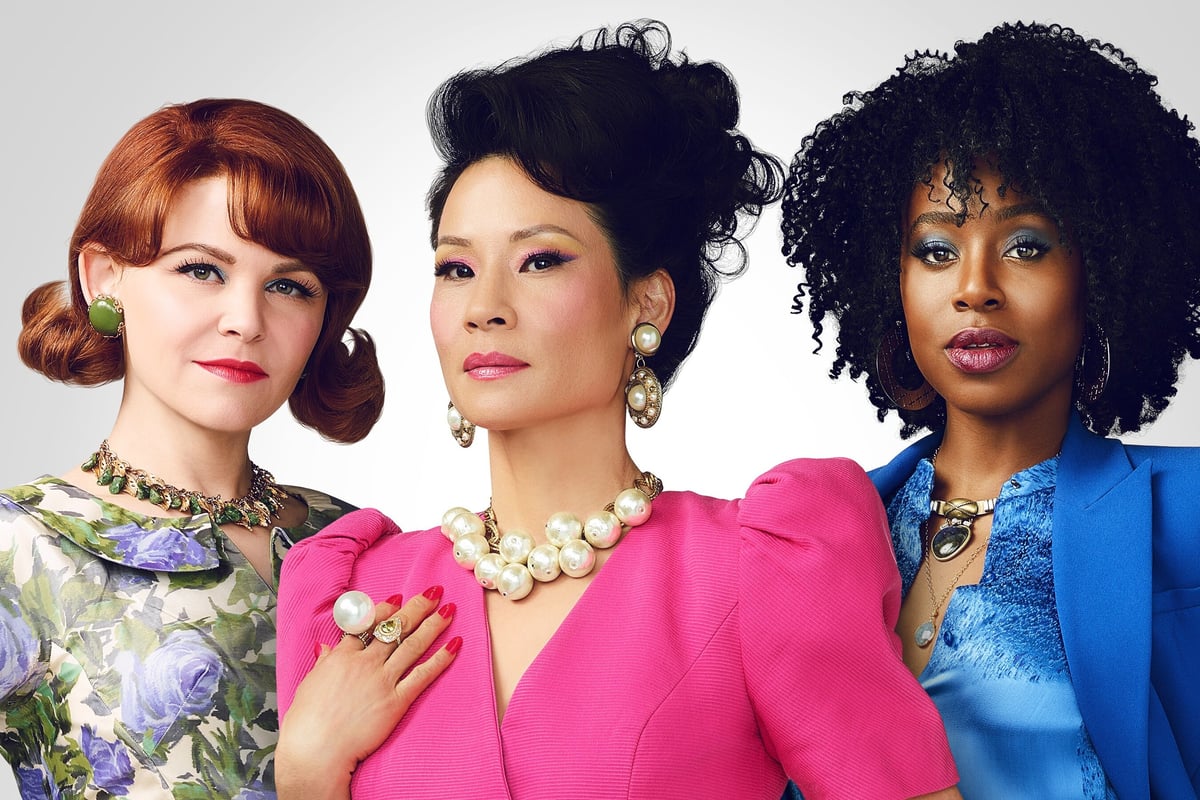 Why Women Kill sounds dark, and it is, but it's also... funny.

The first season follows three women from different decades who are connected by having all lived in the same Californian mansion and experienced infidelity in their marriages.

Beth Ann Stanton remains content as a housewife in 1963 until she learns of her husband Rob's unfaithfulness; socialite Simone Grove discovers her third husband Karl's homosexuality and begins her own affair with a younger man in 1984; and in 2019, bisexual attorney Taylor Harding finds her open marriage tested when she and her husband Eli become attracted to the same woman, Jade. Each infidelity sets off a chain of events that lead to a death caused by a woman.

Why Women Kill season one is streaming on SBS On Demand. 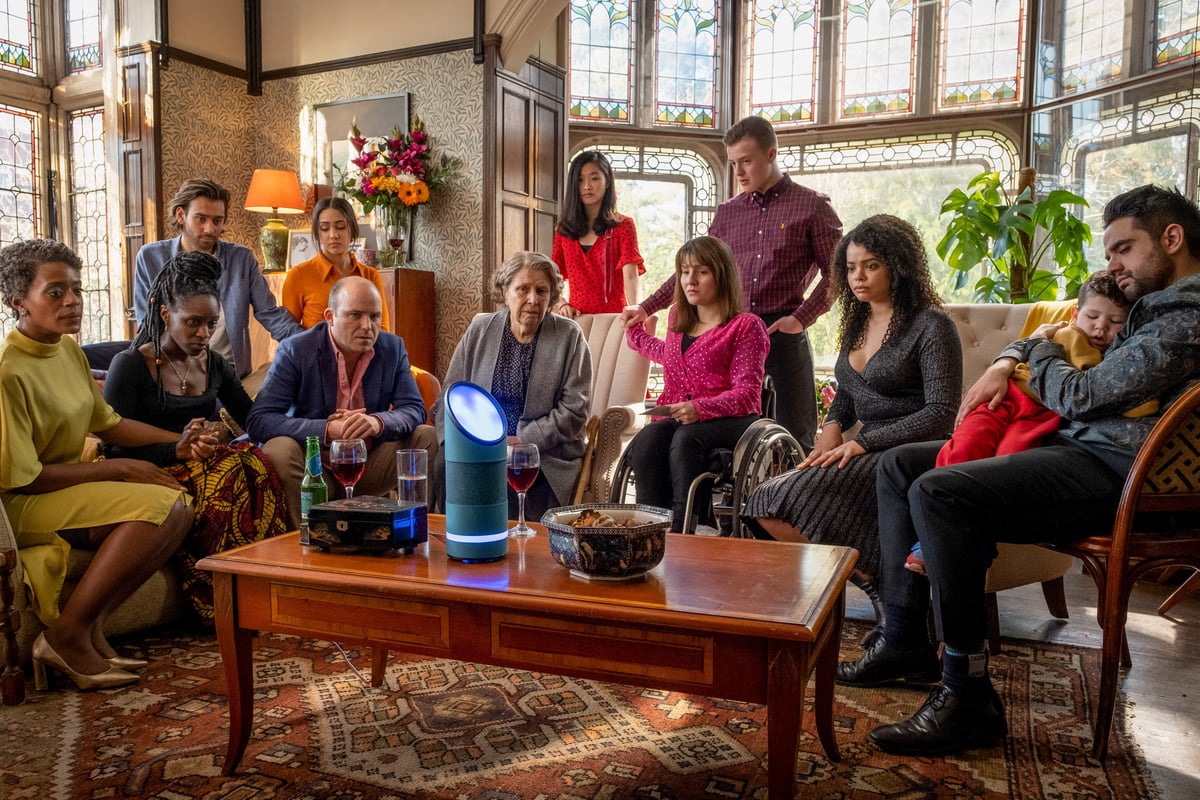 IF ONLY I'D KNOWN.

But even after 18 months of the unimaginable, Years and Years makes the future seem even scarier than ever. The miniseries follows a pretty ordinary Manchester family, the Lyons, beginning on one crucial night in 2019. Then we watch their lives play out over the next 15 years, against a backdrop full of climate crises, terrifying technological advancement, nuclear threats, immigration issues and Trump-esque politics (personified spectacularly by the legendary Emma Thompson).

Watch: The Years and Years trailer. Post continues below video.

There is - thankfully - no pandemic, but everything else that takes place is scarily believable.

The premise is bleak, but the story is not totally hopeless. Sure, the world is falling in around them, but the Lyons family also deliver a heap of lovely, fun and laugh-out-loud moments. The world throws a lot - and I mean a lot - of crap at them, but despite it all, they just keep plodding along.

All six episodes of Years and Years are streaming on SBS On Demand. 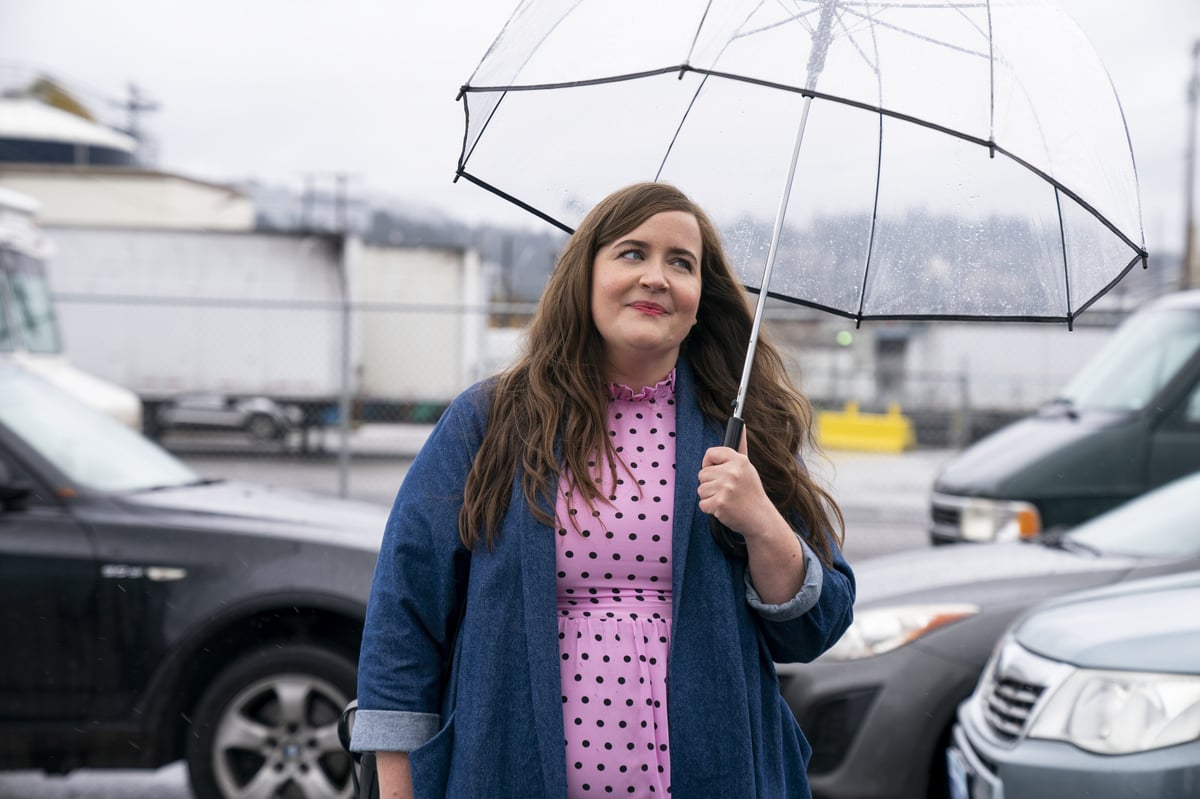 Shrill is based on Lindy West's book Shrill: Notes from a Loud Woman, and stars Saturday Night Live veteran Aidy Bryant as Annie Easton, a plus-size woman who sets out to change her life, but never her body.

In season one, Annie, a writer living in Portland, shakes up her life after going against her body-shaming editor's wishes and covertly publishing an opinion piece called "Hello, I'm Fat" on the company website which quickly goes viral.

Buoyed on by her newfound writing rhythm, Annie systematically begins to change up other parts of her life, doing everything from walking away from her useless boyfriend Ryan (Luka Jones) to baring her body at a pool party for the first time and even tracking down a vicious online troll who was mercilessly tormenting her.

Now with three seasons, Shrill remains funny, authentic and sharp throughout (oh, and it's totally bingeable).

All three seasons of Shrill are streaming on SBS On Demand. 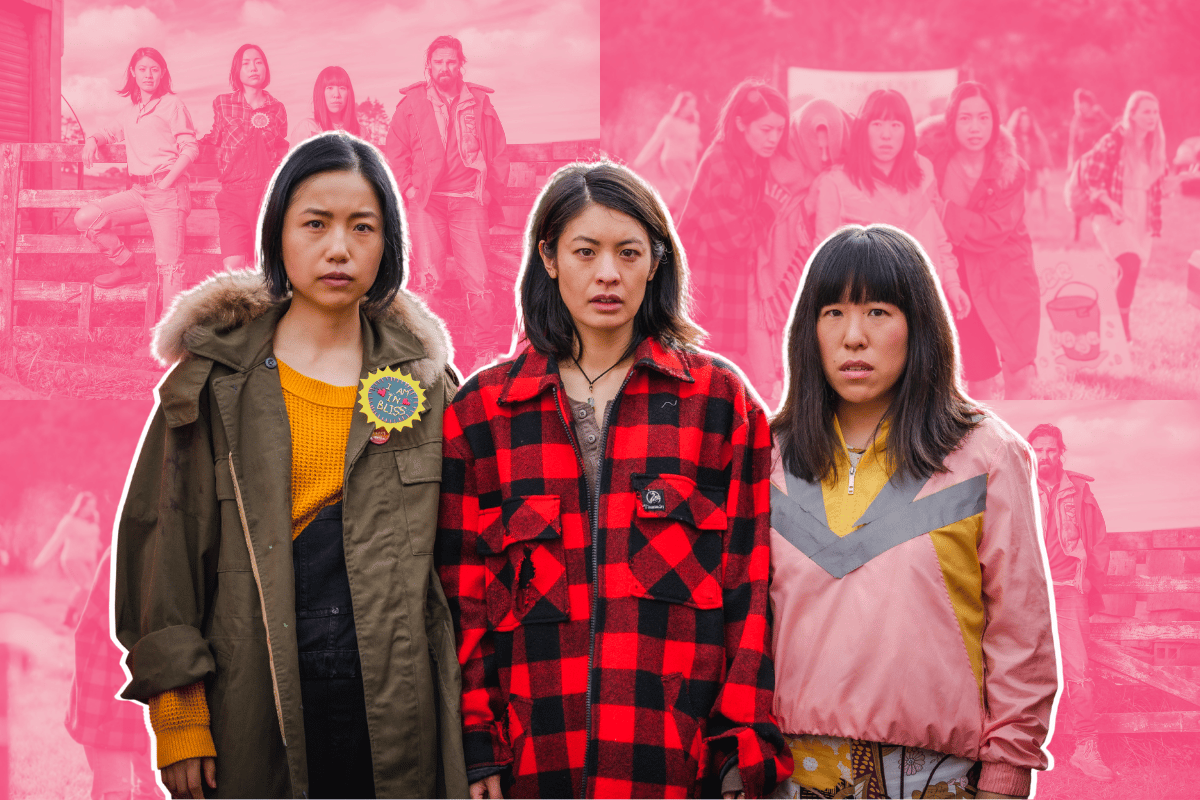 Creamerie is set in the not too distant future, in a post-pandemic world. I know, it's a bit on-the-nose.

Sure, there're no men anymore, but the careful dissemination from pre-virus sperm banks keeps the population ticking along for now (although only girls have a chance of being born).

Eight years since the virus, on an organic dairy farm in rural New Zealand, a trio of women - Alex (Ally Xue), Jamie (J.J Fong) and Pip (Perlina Lau) - live in various levels of satisfaction at the state of their society.

Trouble arises when they stumble upon a woman who happens to have a magnificent beard and... wait. Upon closer inspection, that's definitely a man. Where the hell did he come from?

Creamerie is hilarious, while tackling some really dark topics including grief, power and sexual assault. It's a quick and easy watch at just two-and-a-half hours long, but you'll be left thinking about it long after the final credits.

All six episodes on Creamerie are available on SBS On Demand.

See What You Made Me Do. 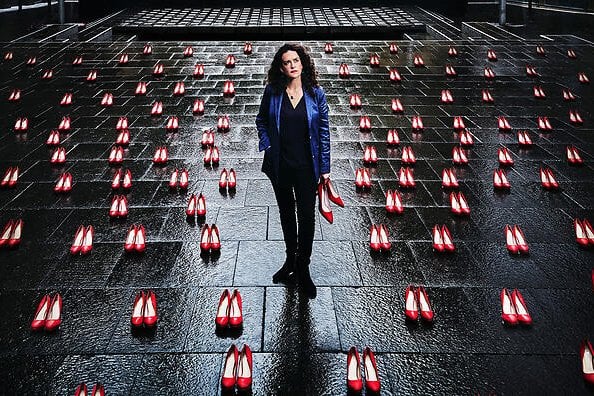 See What You Made Me Do on SBS.

See What You Made Me Do is not light viewing, but it's crucial viewing: the three-part documentary series that explores one of the most complex and urgent issues of our time - domestic abuse.

On average, one woman a week is killed by a current or former partner in Australia, and well over three million adults and children are victims of domestic abuse.

Behind these sobering figures are a series of stories and faces of everyday Australians, many of whom will never have their voices heard.

Unearthing these hidden stories is the premise behind See What You Made Me Do, a landmark three-part series hosted by Jess Hill, a Walkley-award winning investigative journalist and author who has been reporting exclusively on domestic abuse since 2014.

See What You Made Me Do shines an important light on how domestic abuse is still so badly misunderstood in Australia and how all of our systems, including police and family law, need to change in order to be truly protective.

See What You Made Me Do is streaming on SBS On Demand. 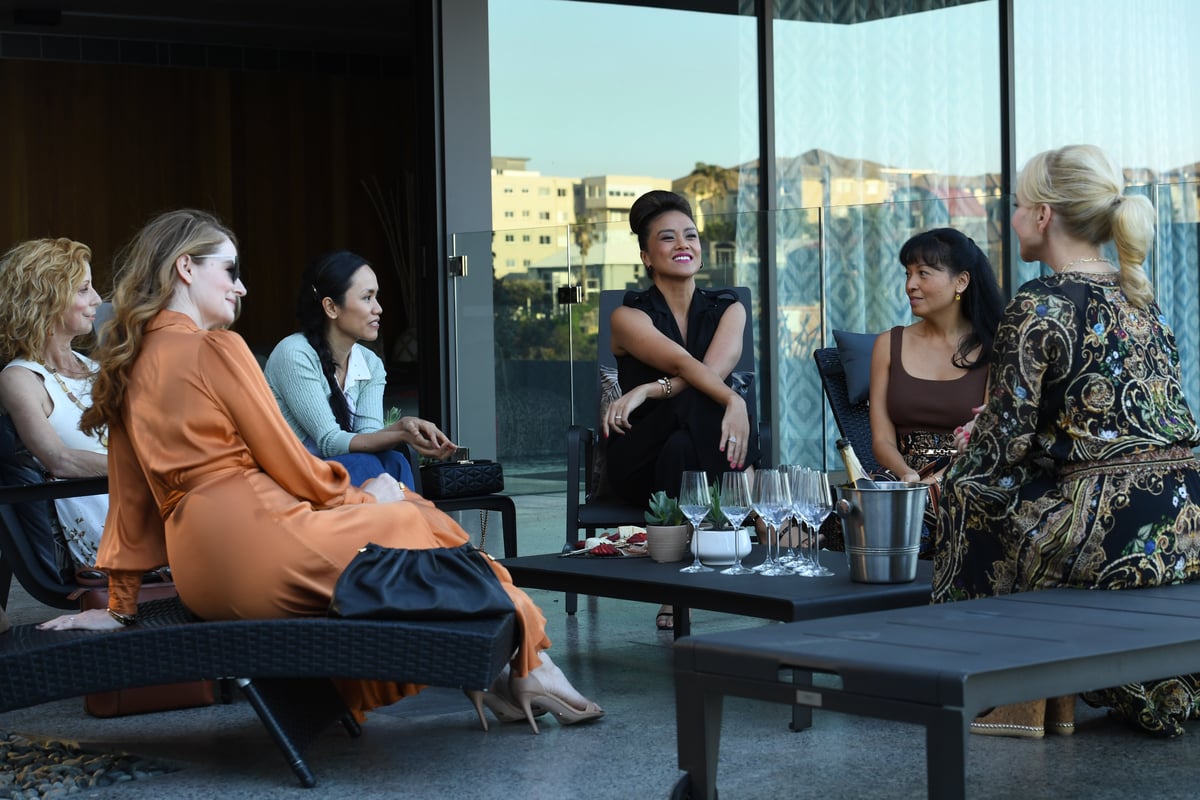 The cast of The Unusual Suspects. Image: Supplied/SBS.

My colleague Jess described The Unusual Suspects as "a mix between Ocean's Eight and The Real Housewives of Sydney", which got me so curious I immediately began streaming it.

Turns out she nailed it. The Unusual Suspects takes place in Sydney's Eastern Suburbs, where a $16 million necklace has been swiped from Roxanne and Jordan Waters' (played by real-life couple Michelle Vergara Moore and Toby Leonard Moore) home in an elaborate female-led heist.

As the name of the series suggests, it's a whodunnit where everyone is hiding something and soon everyone is a suspect.

With strong performances from the diverse ensemble cast and laugh-out-loud funny dialogue, the four-part series is itching to be your next binge-watch.

Plus, underneath all the fun, the series uncovers a side of Australia that we've never seen on our screens before, delving into themes ranging from female friendship to Filipino–Australian culture.

All four episodes of The Unusual Suspects are streaming now on SBS On Demand. 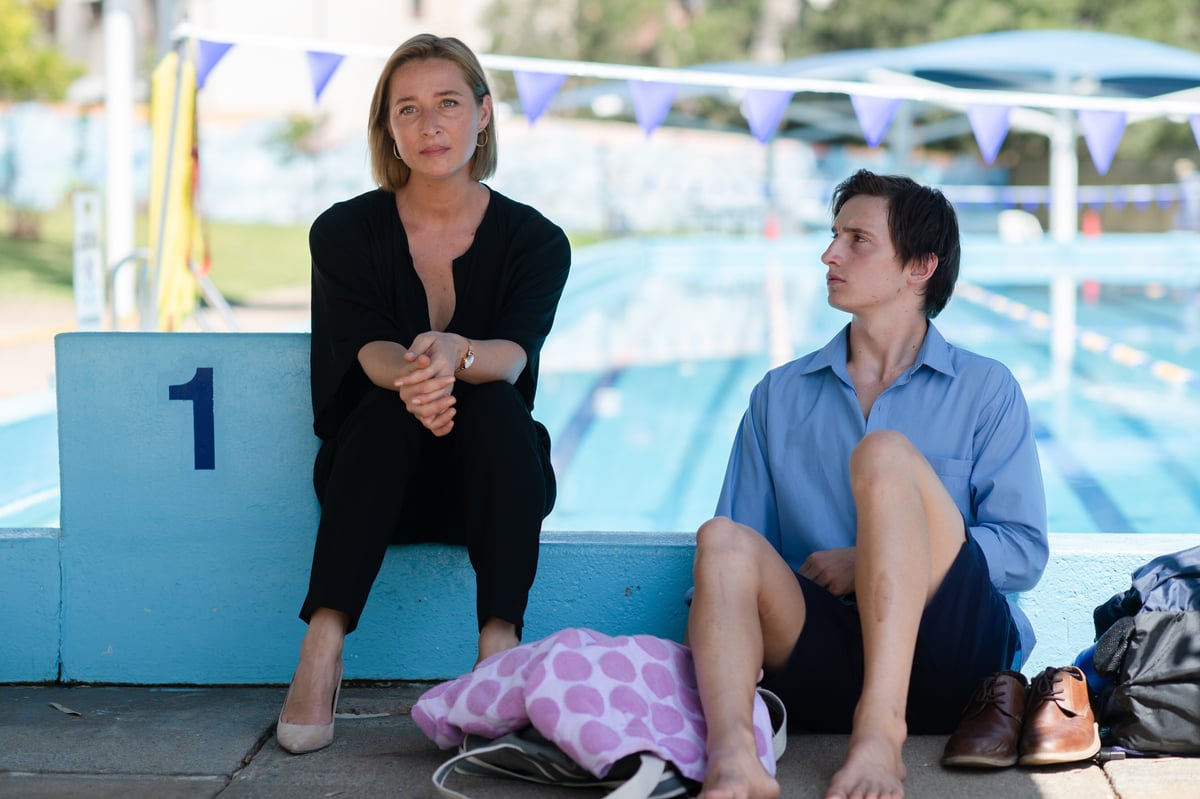 The Hunting traces the lives of four teenagers, their teachers and their families throughout the lead up to, and then through the aftermath of, a nude teen photo scandal where two high school teachers discover students are sharing explicit photos of their underage friends online.

Featuring Aussie icon Asher Keddie, the series offers up a melting pot of social themes to examine including misogyny, privacy, sexualisation, online exploitation, toxic masculinity, playing out through the eyes of both the teenagers and adults in their lives.

It's infuriating, tense, and one of the best Australian productions of recent years.

All four episodes of The Hunting are streaming now on SBS On Demand. 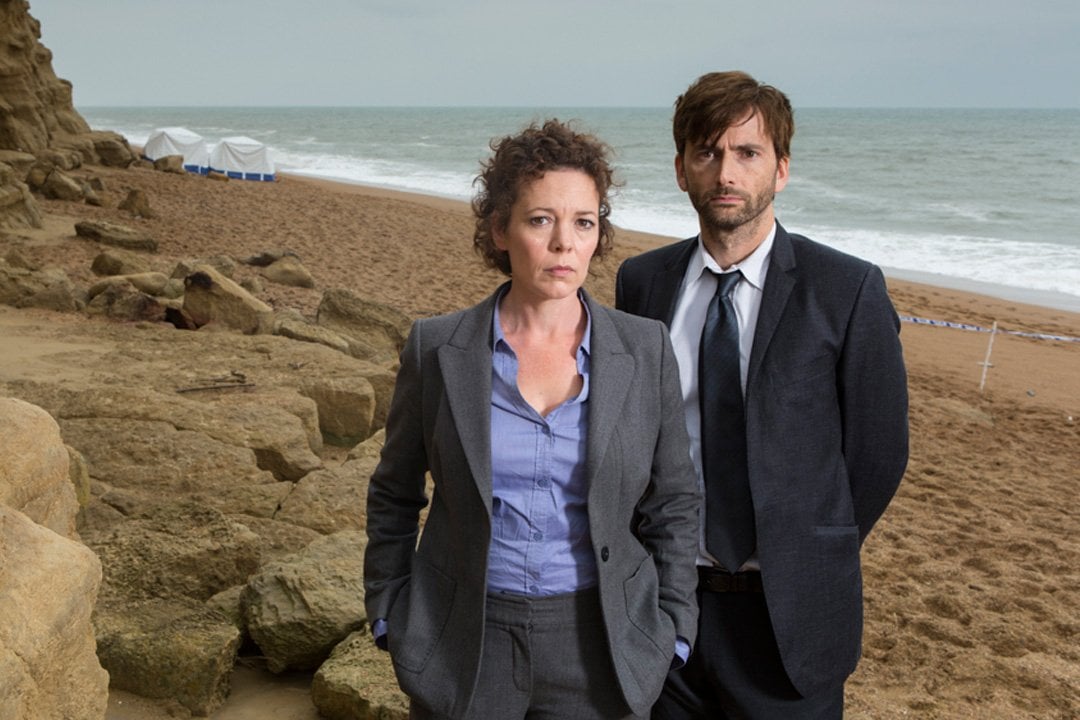 Broadchurch is one of the most iconic British crime dramas of all time, and until the end of October 2021 you can catch it for free on SBS On Demand.

The first season of Broadchurch premiered in 2013, and received almost universal praise. It's been nominated for a BAFTA, was the highest rating drama of the year, and became a "national obsession" in the UK.

Detectives Alec Hardy (David Tennant) and Ellie Miller (Olivia Colman) give outstanding performances as two flawed and fundamentally different people trying to catch the killer of 11-year-old Danny Latimer in a small town. Throughout the series, the two are forced to uncover the community's many secrets - whether they're related to Danny's murder or not.

While season one solves Danny's murder, season two follows the criminal trial and delves into another case involving the murder of a child. Season three, set three years later, focuses on the rape of a young woman, and has been applauded for the powerful way it deals with its subject matter.

Broadchurch is a clever, bewitching series. And if you missed it originally, then this is your call to start.

All three seasons of Broadchurch are streaming on SBS On Demand. 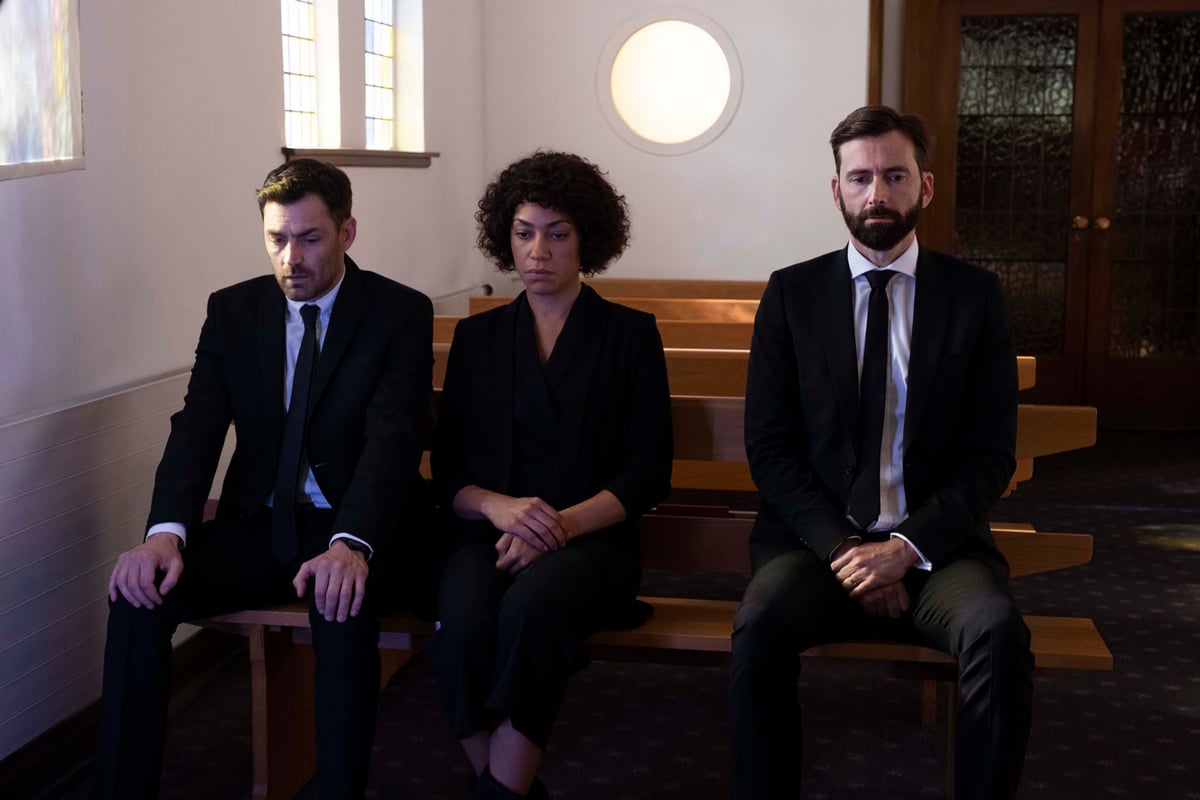 Deadwater Fell is a complex mystery that packs a major emotional punch. Tennant plays Dr Tom Kendrick, the local GP of a remote Scottish village who soon finds himself a suspect after an unimaginable crime.

When Tom's wife and three children are killed in a house fire - in which he is the only survivor - the tightknit community they call home becomes riven with doubt and suspicion.

All four episodes of Deadwater Fell are streaming on SBS On Demand. 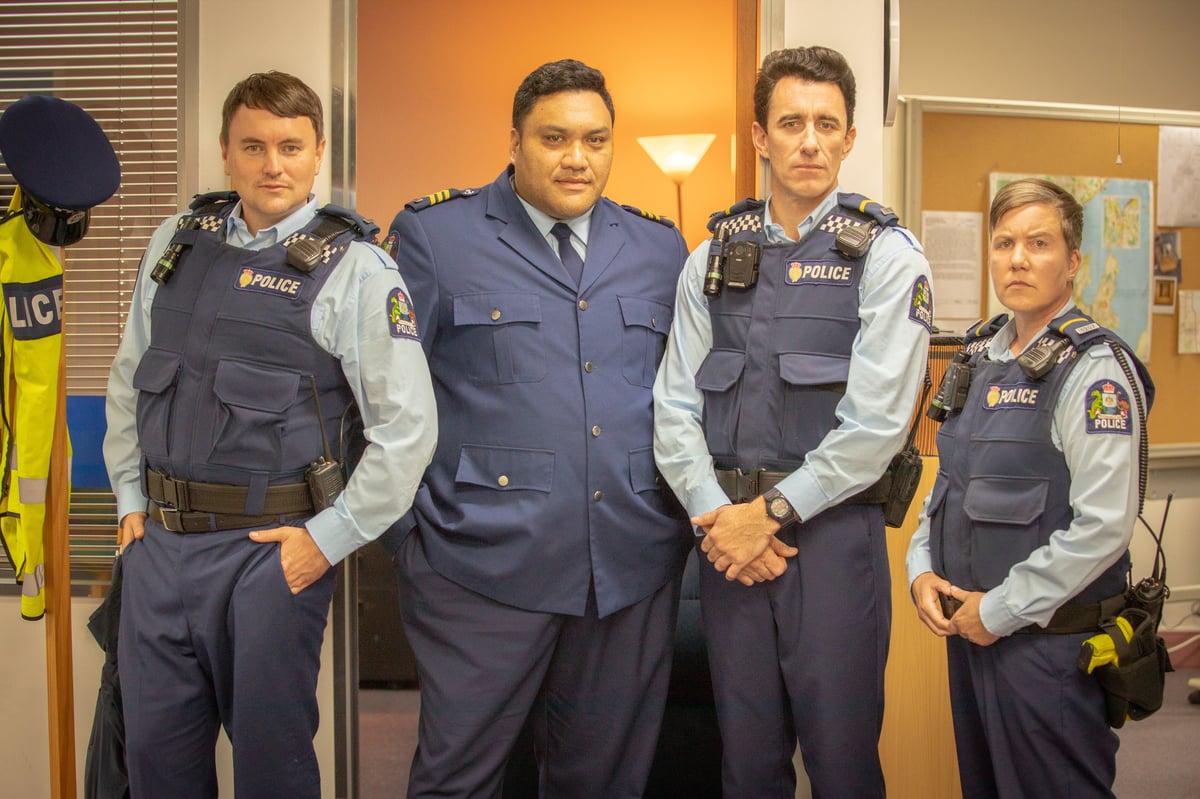 If you like your TV shows to be... ridiculous, and love the absurdist humour of Taika Waititi, Wellington Paranormal is right up your alley.

It's a mockumentary comedy horror television series which expands on Waititi and Jemaine Clement's What We Do in the Shadows universe. In the series, incompetent but loveable officers Minogue and O'Leary front the police's new Paranormal Unit tasked with investigating strange phenomena in and around the NZ capital.

Originally just a very niche Kiwi comedy, the series has been so well received it's now streaming worldwide, rocketing to the top of US streaming charts upon its release in July 2021.

It's laugh-out-loud ridiculous, and pretty much exactly what the world needs right now.

All three seasons of Wellington Paranormal are streaming on SBS On Demand.