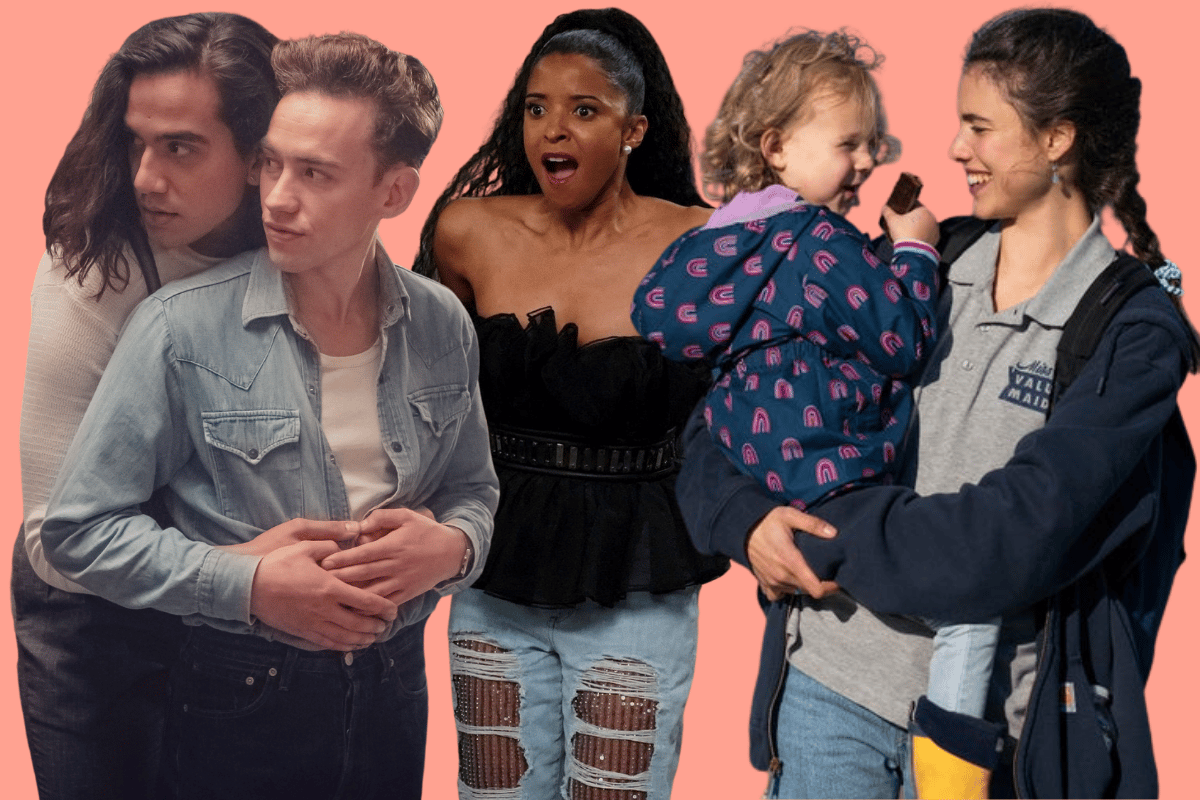 But like all troubling times in our lives, one of the things that always gets us through is stories, incredible characters and getting to escape the bad moments in our lives, even if it's just for a few hours.

2021, while a not-so-great year, did deliver us some beautifully made new TV shows with characters we've grown to love.

Here are the seven best new TV shows from 2021, including quite a few you probably missed.

If there's one series that has stuck in my head (and not to be sappy, but also, my heart) from this year it would be It’s A Sin.

The five-part prestige Stan drama is set against the gritty and glamorous world of London at the kickoff of the 1980s, focusing on the city’s vibrant gay scene and the friendships, or rather chosen family, that flourished within it.

The lives of the five friends living together in London are rocked by a mysterious new disease that begins to spread through their community - a disease that threatens the buoyant world of first jobs, first loves, and first explorations of sexuality they are living in.

It's A Sin is more than just a brilliant drama series; it's a reminder of our history and the work that still needs to be done.

Watch It's A Sin on Stan.

If there's one show on this list that needs no introduction, it's Netflix's Squid Game.

The South Korean dystopian survival drama took the world by storm when it launched in September 2021 and is now racking up award nominations while also being green-lit for season two.

The series revolved around a contest where hundreds of people, all of whom were in deep financial debt, were lured into playing a series of deadly children's games for the chance to win an enormous cash prize.

It was a masterclass in creating suspenseful television, while also shining a light on social issues and ensuring we never look at marbles the same way again.

Stan's series Girls5eva is pretty much a perfect pop song come to life.

The series was created by Meredith Scardino, known for her work on Unbreakable Kimmy Schmidt and Saturday Night Live, and executive produced by Tina Fey.

The show picks up over a decade after a manufactured pop group called Girls5Eva have all gone their separate ways after a brief stint of stardom.

Now in their forties, and trapped in lackluster jobs, the women get the band back together and the results are both hilarious and heartwarming.

The strongest element of Girls5Eva is the cast, a blend of comedy and musical powerhouses comprised of Sara Bareilles as Dawn, Busy Philipps as Summer, Paula Pell as Gloria and Renée Elise Goldsberry as Wickie.

The songs in the series may have been created for a fake girl group, but that doesn't mean they are not a bop...just ask my Spotify Wrapped, where 4 Stars made an appearance.

Placing Oscar winner Kate Winslet at the centre of a gritty crime drama was always going to lure the viewers in, but what Mare of Easttown offered up was more than just a great one-woman performance.

Set in a suburb of Philadelphia, Kate Winslet played police detective Mare Sheehan who is tasked with investigating the recent murder of a teenage mother while also trying to hold her own family together.

Watch Mare of Easttown on Binge.

Written by and starring Edinburgh Comedy Award-winning comedian, writer and actor Rose Matafeo, this series follows the life of a millennial woman named Jessie, who lives in East London.

Jessie spends her life juggling two jobs in order to afford the pricey apartment she shares with her best friend, Kate.

On New Year's Eve she decides to let her hair down a little and hooks up with a seemingly nice and normal guy named Tom.

All seems to be going well until Jessie wakes up the next morning and discovers 'nice normal' Tom is actually a very famous movie star.

A truly unique and hilarious TV rom-com, Starstruck deserves a spot on your watch list if you've yet to devour this series.

Take a look at the trailer for It's A Sin on Stan.

In Hacks, Jean Smart stars as Deborah Vance, a legendary entertainer, and comedian whose long-standing dates at a Las Vegas casino are on the verge of being slashed to make room for younger talent.

Deborah and Ava are then brought together by their mutual agent, Jimmy (Paul W. Downs), who packs Ava off to Las Vegas to work for Deborah.

When the two women come together for the first time, it's instant dislike at first sight. 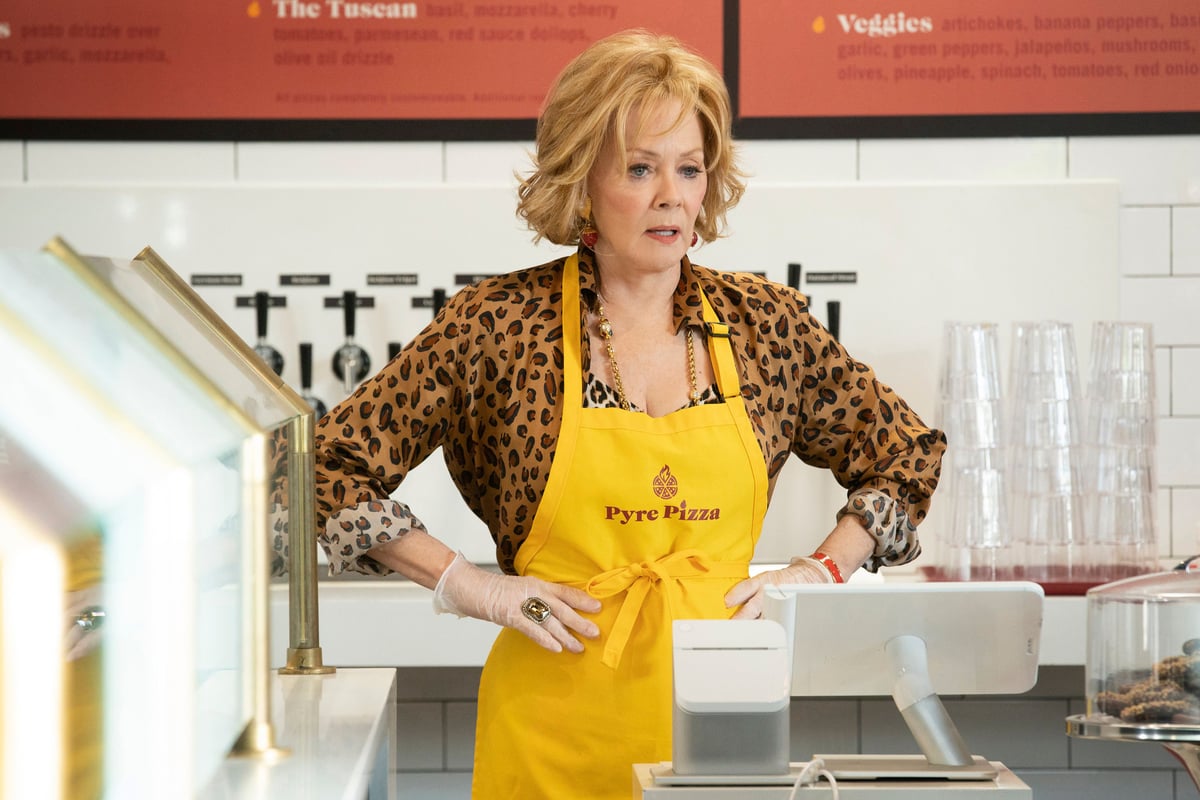 It's essentially a show about a bunch of unlikeable characters enjoying a luxury holiday, but made more interesting thanks to a murder mystery that does not reveal its final twist until the very end.

The series takes place at The White Lotus, a fictional luxury resort in Maui, and tells the story from the perspectives of both the resort guests and the staff who have to suffer as they take care of them.

The White Lotus drew viewers in thanks to an all-star cast including Connie Britton and Alexandra Daddario with a standout performance by Jennifer Coolidge who plays a cocktail-loving woman named Tanya, who arrives at the resort carrying her late mother's ashes.

The show was such a hit with viewers that it will be back for a surprise season two.

Watch The White Lotus on Binge.

Otherwise known as the series that seems to reduce every adult to a puddle as they watch it.

The show is about a small-time American football coach called Ted Lasso (Jason Sudeikis) who is hired to coach a professional football club in England (football as in... soccer), even though he has no experience coaching football.

Not only did the series seem to offer up a much-needed escape for people during the pandemic, it also swept the Emmy awards, with Apple TV+ becoming the first streaming service in history to land the top program award in its second year of eligibility, by winning 11 awards overall.

Only Murders in the Building

The show that reunited longtime friends and collaborators Steve Martin and Martin Short was always going to be a pleasant viewing experience. But Selena Gomez's quirky performance was an unexpected bonus.

The three actors star as strangers who live in the same apartment building and are brought together by their shared obsession with true crime.

Then a mysterious death occurs inside their very own Upper West Side apartment building and they band together to track down the killer themselves by piecing together a series of clues.

For a show hooked on murder, Only Murders in the Building is a surprisingly cosy, hilarious and ultimately touching series with some great comedic performances.

Thank goodness it's coming back for a second season.

Watch Only Murders in the Building on Disney Plus.

Margaret Qualley stars as a young woman named Alex who leaves her abusive boyfriend and moves herself and their two-year-old daughter into a shelter before getting a job as a maid and trying to put their lives back together.

Maid, while sometimes difficult to watch, was a beautifully crafted series that really held a mirror up to society and the difficulty women face when leaving abusive relationships.

K
kittyb a month ago