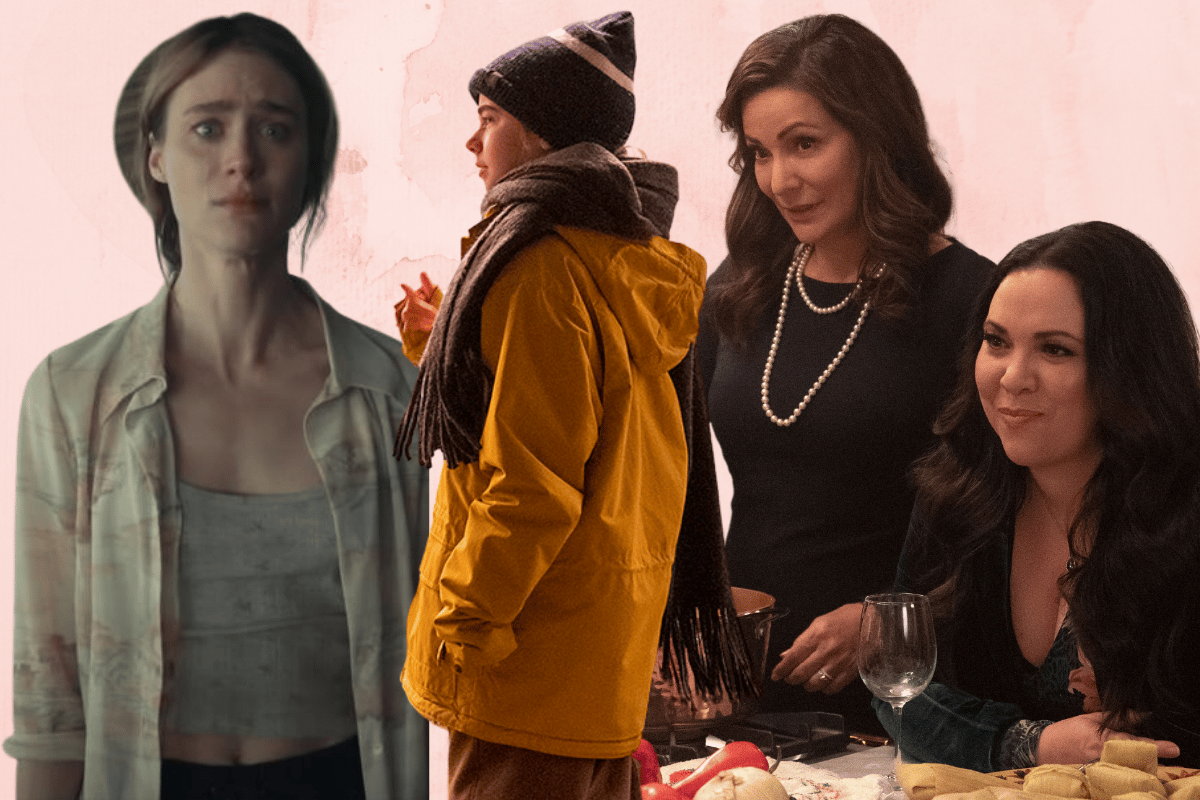 If there's one time of the year where you can give yourself permission to binge endless hours of great new TV, it's the summer holidays.

With that in mind here are four new TV shows, that might not yet be on your radar yet, that will keep you entertained over the holiday season.

A new series looking at what the world would be like following the outbreak of a deadly virus might not seem like something you'd want to watch right now, but Station Eleven is less about devastation and more about the small moments of humanity that are left behind.

Station Eleven takes place decades after a flu pandemic wiped out the majority of the world's population and basically caused the collapse of civilization. The story moves backwards and forwards in time but mostly centres on a group of survivors who make their living as travelling performers, reminding what's left of the world about the magic of the arts.

Unlike other post-apocalyptic shows, Station Eleven doesn't take place in a dark and desolate world, instead offering up a lush landscape where groups of humans have found a new way to survive.

Of course, like any good post-apocalyptic show, there are dangers for our main characters to face, and encountering a violent cult, led by a man with a dark secret, is just one of them.

Watch it on Stan from December 17.

Watch the trailer for the Stan series Station Eleven.

We love an Australian-created series, and that's just one of the reasons why Love Me earns a spot on the 'must watch' list.

Love Me is Binge’s very first original series and stars Hugo Weaving, Bojana Novakovic, and William Lodder in a story about three different family members facing a crossroads in their lives while all looking for love, in different forms.

Not only does Love Me feature an all-star cast, it's also been created by a team of  Australian powerhouses including director Emma Freeman (Stateless, Glitch) and lead writer Alison Bell (The Letdown).

Watch it on Binge from December 26.

The summer holidays feel like the perfect time to immerse yourself in a sweet family series (especially if your own family is starting to get on your nerves) and the new Amazon Original Series With Love fits the bill.

This new romantic comedy series, which was written and created by Gloria Calderón Kellett, follows the Diaz siblings, Lily (Emeraude Toubia) and Jorge (Mark Indelicato) who find themselves on a mission to find love and purpose in their lives.

In a fun storytelling twist, each of the five episodes in the series is set during a different holiday throughout the year.

This means the audience can follow Lily, Jorge, (and the entire Diaz family) over the course of a year as they move through the most emotionally heightened days of the year looking for love and finding out what family really means.

That's exactly the level of emotional mushiness most of us are looking for over the holidays.

Watch it on Amazon Prime from December 17.

Anxious People is a new comedy-drama based on the book of the same name by bestselling author Fredrik Backman.

The series is about a bank robber who, not being very good at his job, ends up robbing a cashless bank and is forced to then take eight people hostage during an open house.

The open home is then stormed by the two dysfunctional police officers, called Jack and Jim, who are also father and son.

But in an unexpected twist, they find the home empty.

What follows is a series of contradictory testimonies where the hostages all tell their own versions of what they think really happened, leading to an even bigger mystery to unravel.

The audience soon finds out that these hostages are holding on to a pretty big secret, a secret that has strongly bonded them all.

Watch it on Netflix from December 29.