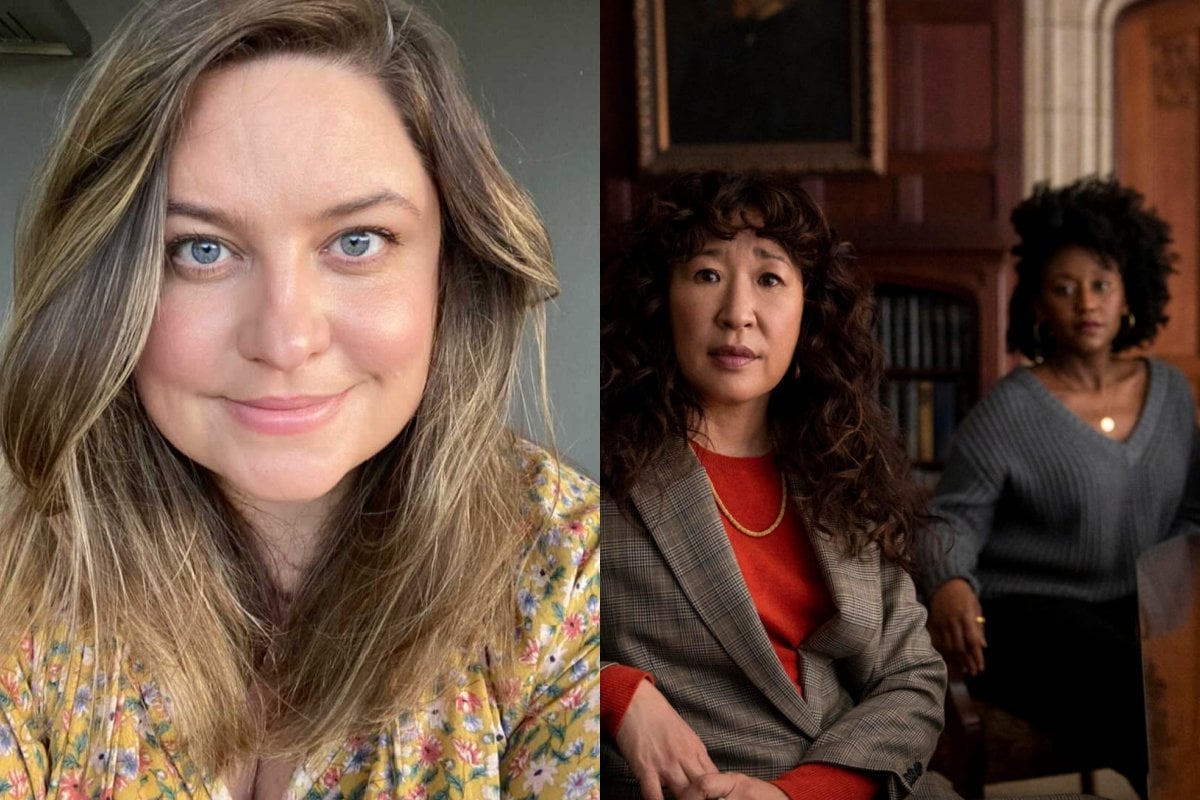 Ok, we all know why we're here.

You need TV show recommendations and I've got a bunch of them.

So without further ado, here are 11 Netflix series that are seriously underrated. 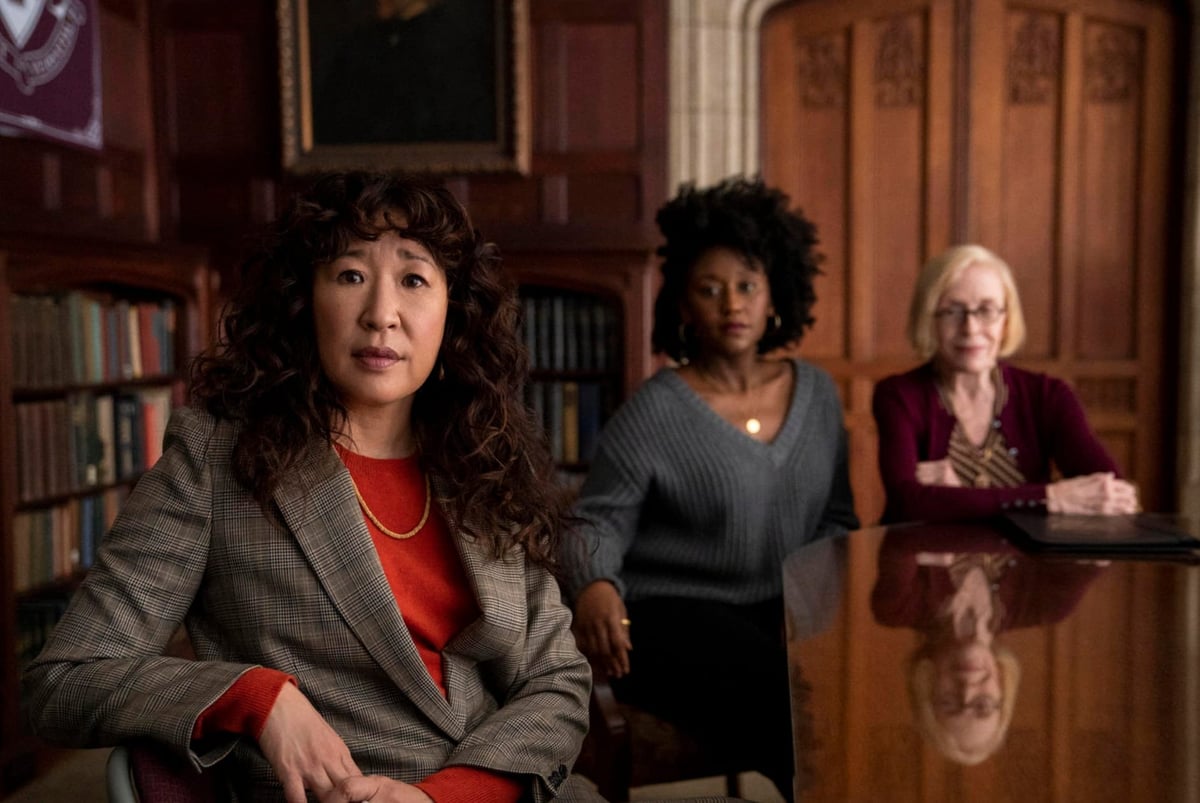 Watch it if you like: Anything Sandra Oh touches, fun novelty plaques, David Duchovny in budgie smugglers, and having a lol at cancel culture. 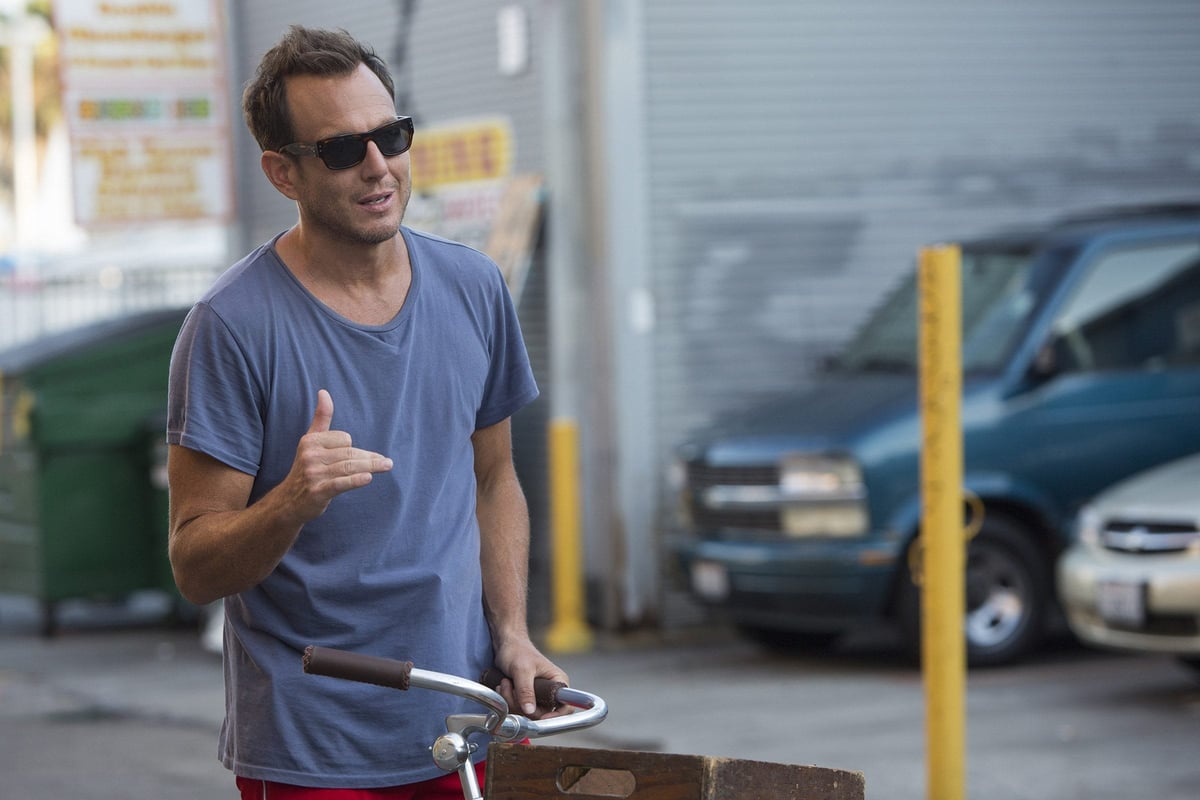 Flaked stars Will Arnett as a self-appointed guru named Chip, who is actually recovering alcoholic with a whole lot of baggage.

Throughout the two season run, Chip learns to let people into his life, to show people who he really is and to fall in love.

Yep, it's a series about a navel-gazing middle aged white man, but it's also really funny and has some brilliantly poignant moments scattered throughout the two seasons.

Watch it if you like: Arrested Development, After Life, tall men on bikes, and figuring sh*t out. 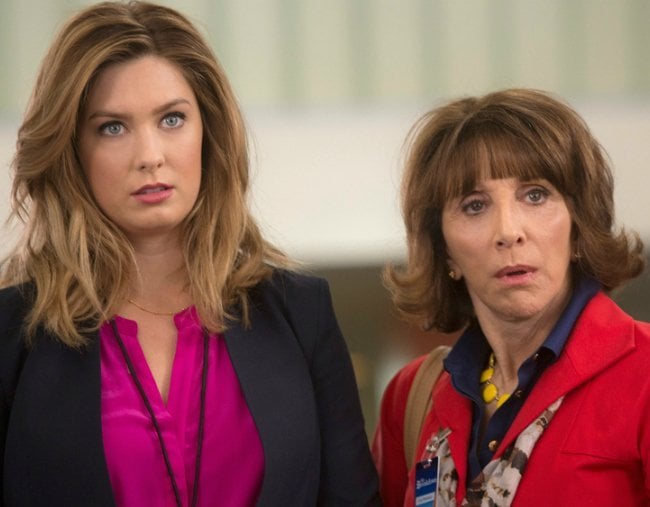 Great News is what would happen if my mum Carmel just started working at Mamamia one day.

It would be my worst nightmare but it would also create a lot of lols.

The series, which was co-produced by 30 Rock's Tina Fey, follows the story of Katie Wendelson, a segment producer on a cable news show called The Breakdown, who suddenly has to deal with her mum Carol (Andrea Martin) joining the company as an intern.

Fair warning - Great News was cancelled after two seasons and it will definitely leave you wanting more.

Watch it if you like: Taking your mum to work with you, 30 Rock, Morning Wars, and intergenerational comedy. 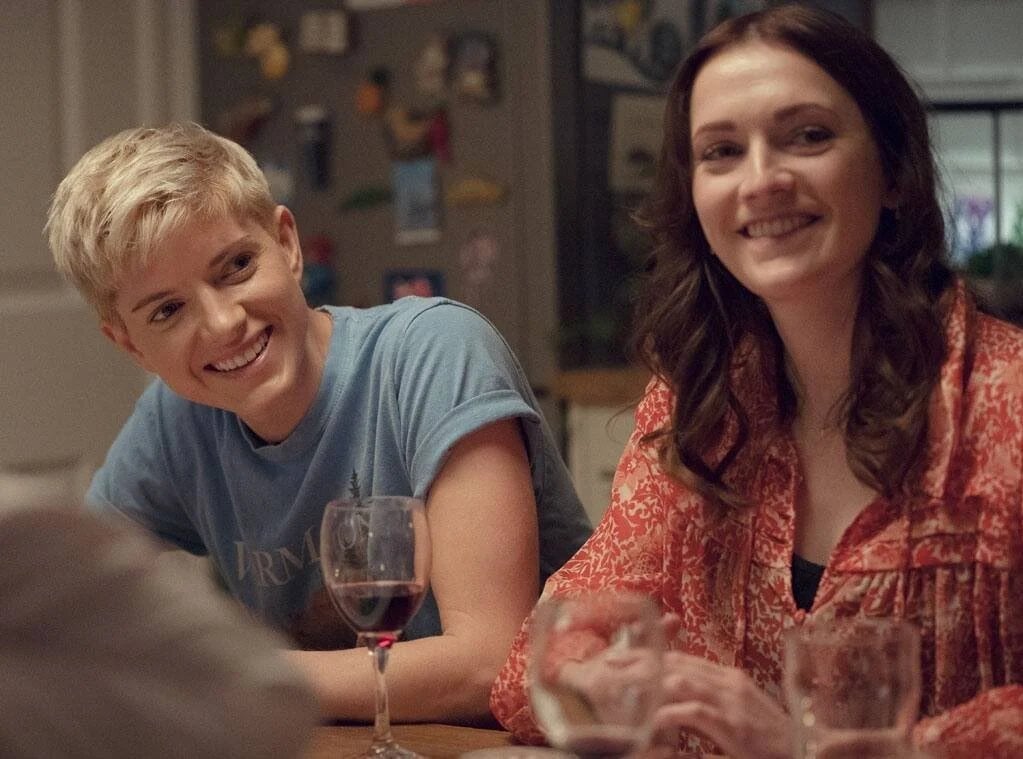 As my colleague and good friend Belinda Jepsen described it: "Feel Good is the Netflix show that sometimes... doesn't".

Canadian comedian Mae Martin writes and stars in the show, which is a semi-biographical account of her own life.

In the first season Mae, a recovering cocaine addict, replaces drugs with the natural, oxytocin-driven high of love, diving headlong into a relationship with George (played by Charlotte Ritchie), a repressed London school teacher who has only ever previously dated men.

Their partnership is intense, endearing, frustrating, bitter, and chaotic, with each contributing their own strengths and neuroses. As Mae puts it in the BAFTA-nominated first season, "She’s like a dangerous Mary Poppins, and I’m Bart Simpson."

The first season is a little lighter, while the second season digs deeper into the reasons behind Mae's addiction issues.

Did I mention it's one of the funniest series I watched this year and that Lisa Kudrow plays Mae's mum?

Watch it if you like: Whip smart dialogue, Fleabag, messy love stories, and Lisa Kudrow cameos. 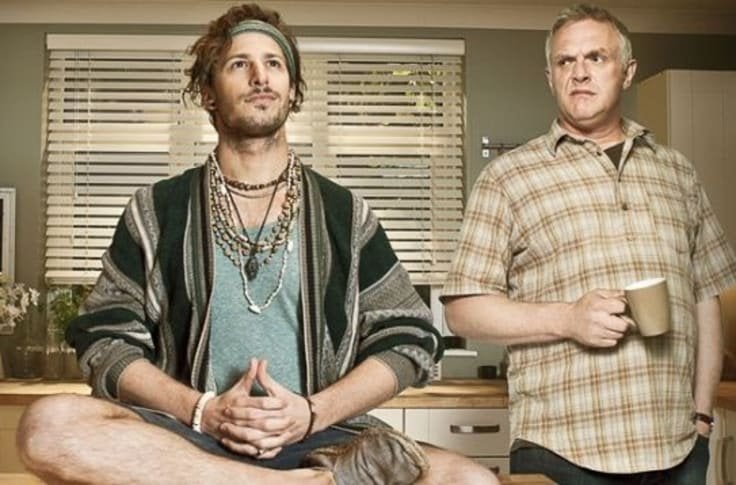 Ok Cuckoo is exactly what it says on the tin... a little bit cuckoo.

This British comedy series follows the Thompson family whose lives are thrown into chaos when their daughter Rachel marries a hippie named Cuckoo (Andy Samberg) during her gap year abroad.

The lols are ever increasing when Rachel and Cuckoo move into her family home and her parents Ken and Lorna slowly learn to adjust to living with Cuckoo.

Watch it if you like: Brooklyn Nine Nine, Friday Night Dinners, the hippies you meet on gap years, and stuff middle-aged Brits. 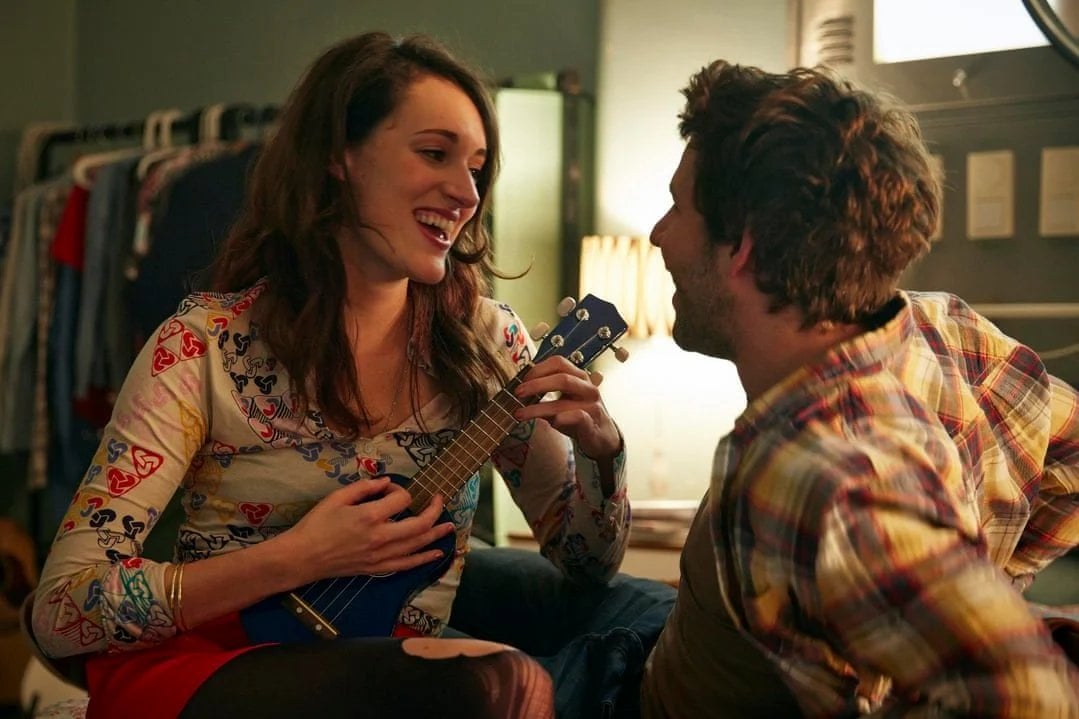 Fans of Fleabag and British series like Lovesick, will love this short-lived series from Phoebe Waller-Bridge.

The series follows the lives of six twenty somethings living together as property guardians of a disused hospital in exchange for cheap rent.

Watch it if you like: The Secret Life of Us, fighting over fridge space, The Young Ones, and anything Phoebe Waller-Bridge touches. 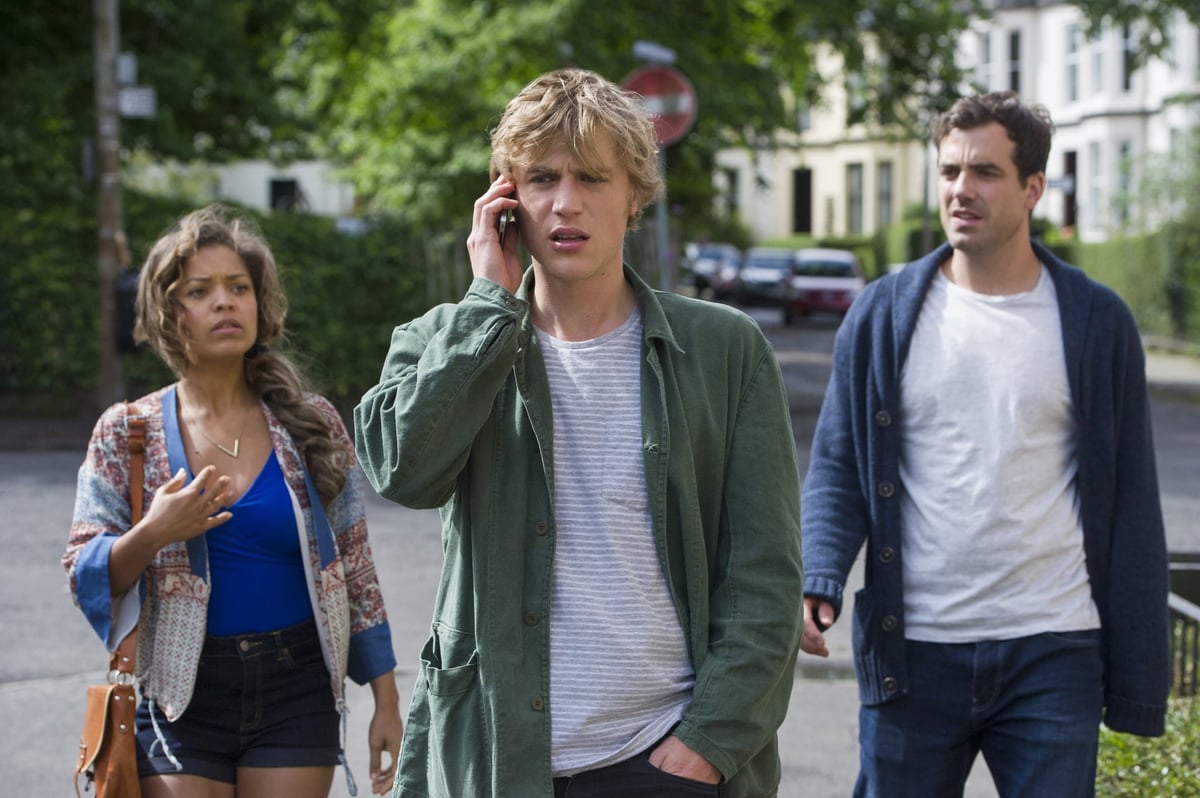 Lovesick is a British rom-com that was originally called... Scrotal Recall. ¯\_(ツ)_/¯

When Dylan discovers he has an STI he has to contact all of his ex girlfriends, leading to some hilarious moments and opportunities for growth.

Dylan and Evie also have this will they/won't they thing going on that is absolutely brilliant.

Watch it if you like: Scrotums (lol), Four Weddings and a Funeral, How I Met Your Mother, and growing up with your best mates. 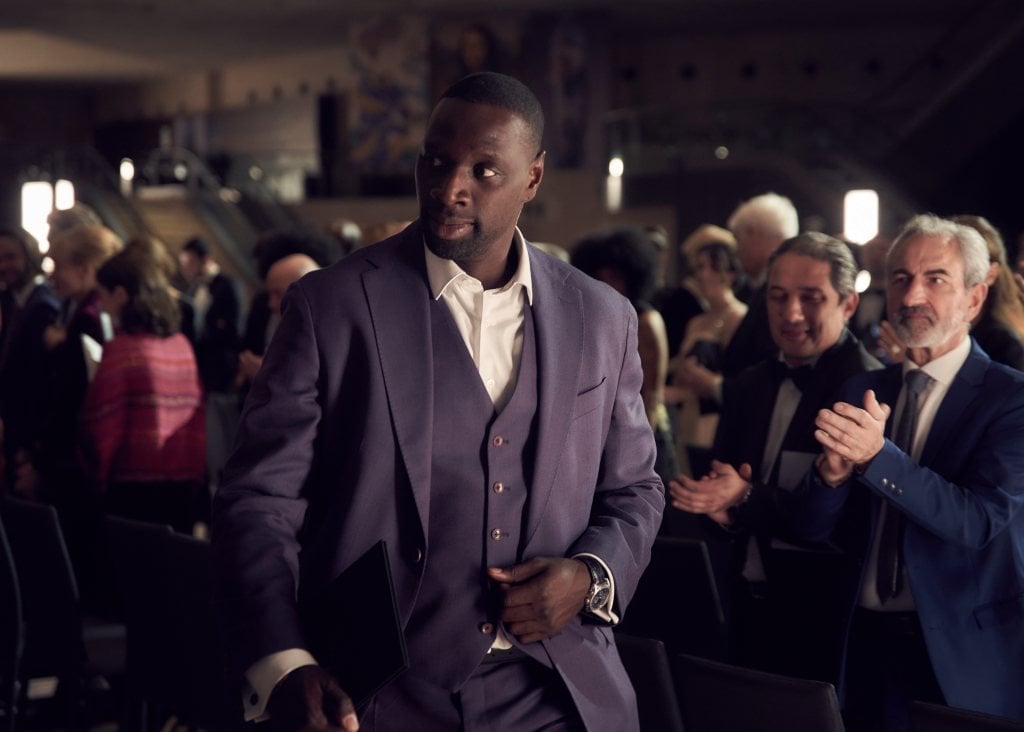 When Assane was young, his father worked as a chauffer and butler for a wealthy white family. When the family patriarch accused Assane's father of stealing a diamond necklace that was once associated with Marie Antionette, he was thrown in jail. He later signed a confession and then ended his own life.

The first and second season of Lupin are streaming on Netflix now and the final season is coming soon.

Watch it if you like: Ocean's 11, tall handsome fellas plotting heists, and plenty of twists and turns. 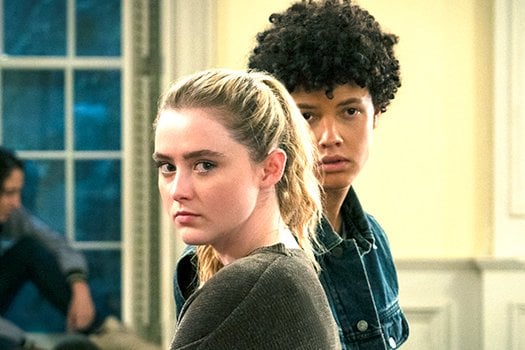 The Society follows a group of American teenagers who arrive back from a field trip to discover they're the last people alive.

The high school students then have to band together to create a new society, new laws and a way to ration their remaining food and water supplies.

It's bloody brilliant. The series is packed full of twists, and at times heartbreaking, but most of all you will find yourself completely invested in these kids' lives.

Fair warning though - The Society was cancelled after one season which is... ridiculous.

Watch it if you like: The 100, your teen dramas with a touch of dystopia, and rationing out your snacks. 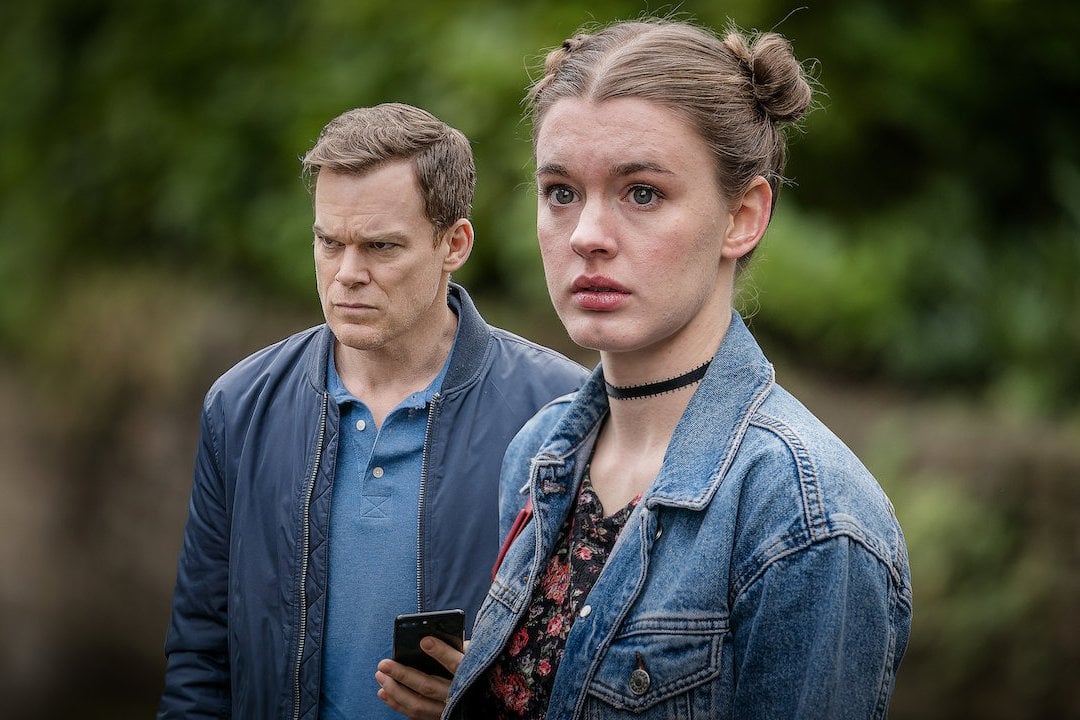 Safe is based on a Harlan Coben novel so you know it's going to be packed full of twists.

When Tom's daughter Jenny suddenly goes missing, he is thrust into a game of cat and mouse and ends up discovering everyone in the neighbourhood is hiding some dark secrets.

Watch it if you like: Broadchurch, Dexter, nice gardens, and spying on your neighbours.

The End Of The F***ing World 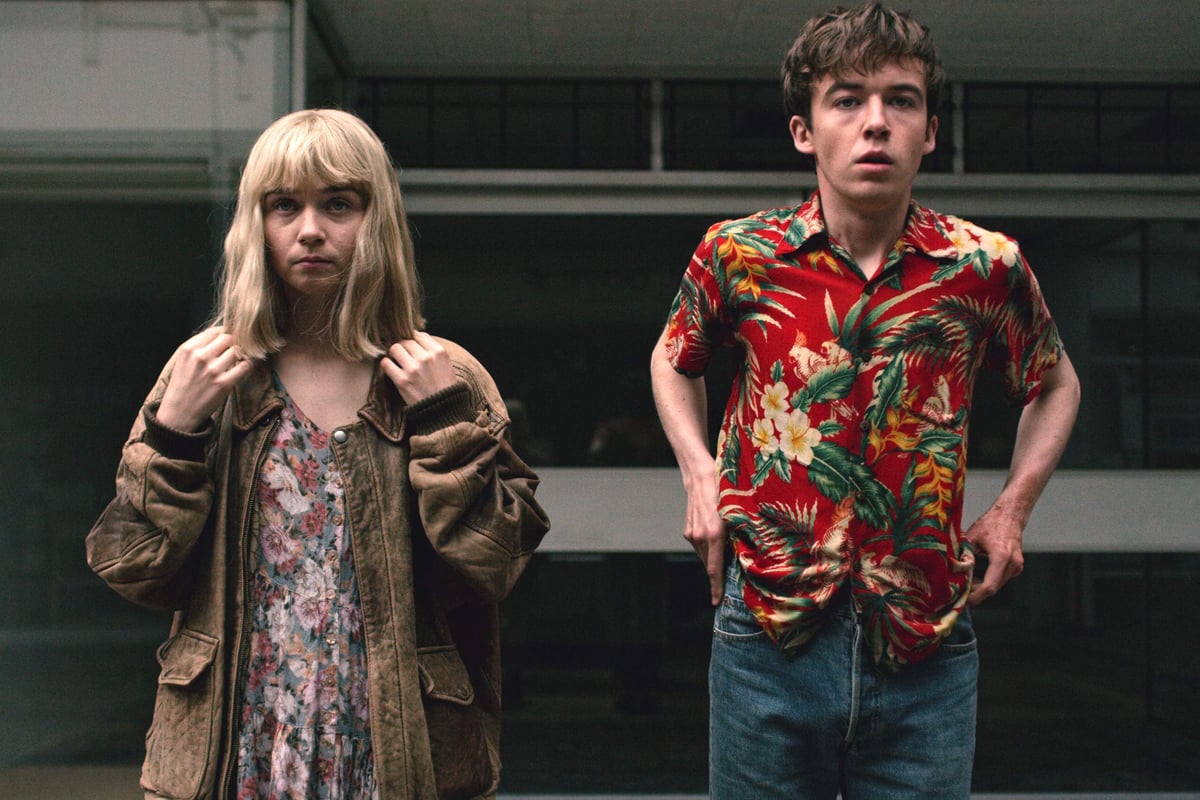 The End Of The F***ing World is British dark comedy series that follows 17-year-old James (Alex Lawther), who believes he is a psychopath.

He sets his sights on his classmate Alyssa (Jessica Barden) as his first potential murder victim.

But then the pair embark on a road trip with... fatal consequences.

Watch it if you like: Road trips with psychopaths, making new friends, and unexpected twists.