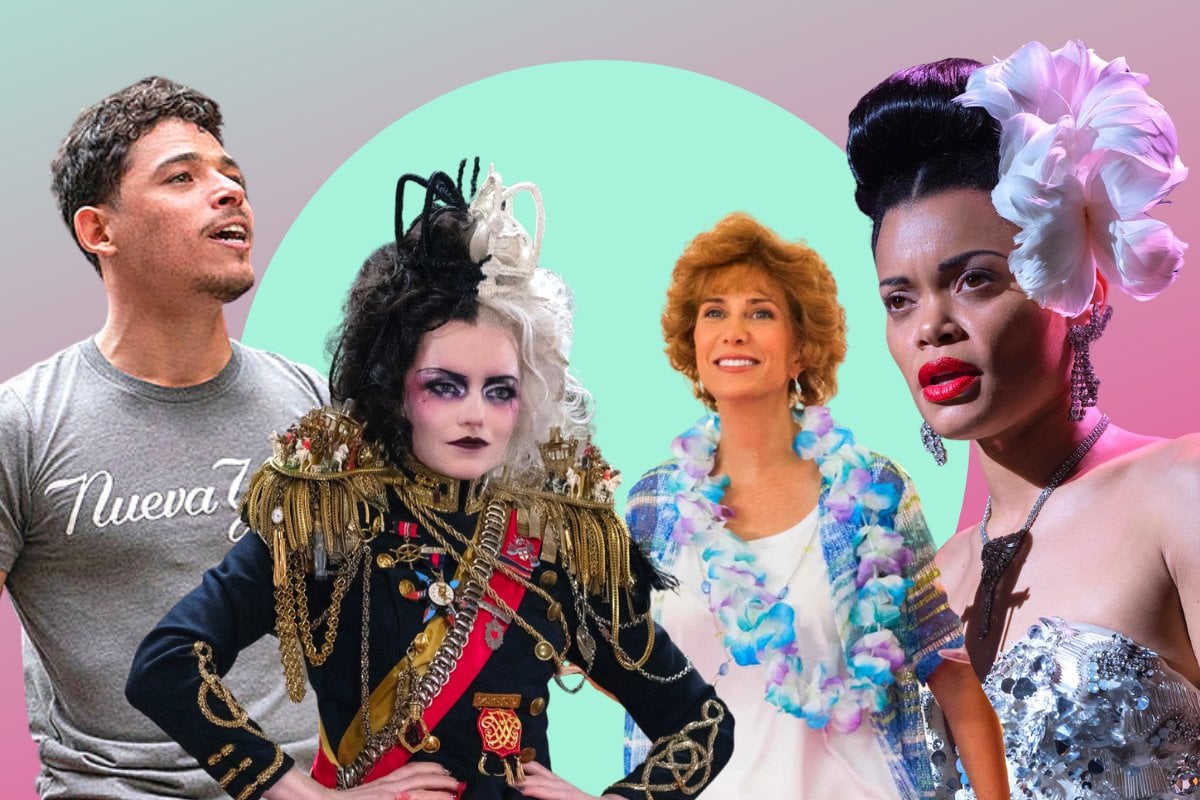 In some ways, movies have 'returned'. Filming has been underway around the world after the initial shutdowns caused by COVID-19, we here in Australia have had months back at the cinema (although, sigh, they're currently closed in many parts of the country due to lockdown) and award shows and film festivals are back IRL, rather than just on Zoom.

Here are the best films of 2021 so far (in no particular order): 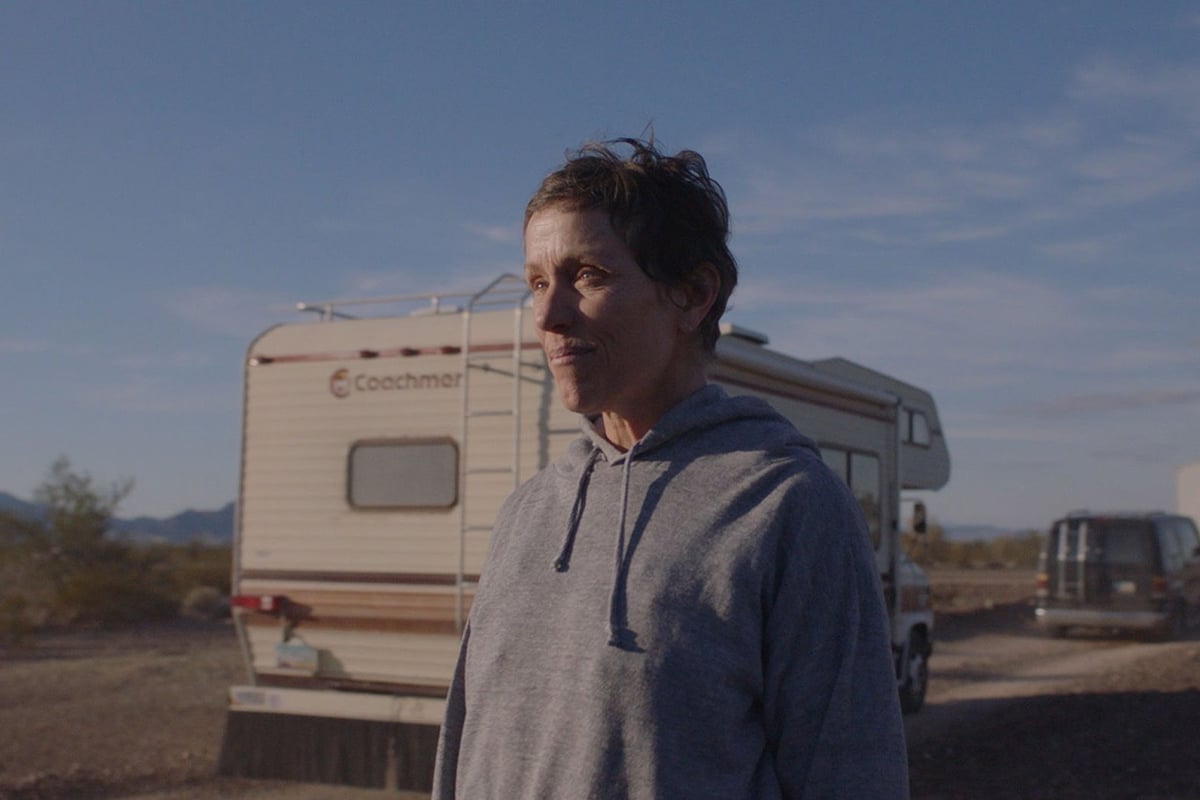 Directed by Chloé Zhao, Nomadland is the American drama starring Frances McDormand that took the 2021 awards season by storm.

After Fern (McDormand) loses her husband and her life savings in the Great Recession, she decides to travel across the United States, living in a van as a modern-day nomad.

Where to watch: Nomadland is available to watch on Disney+. 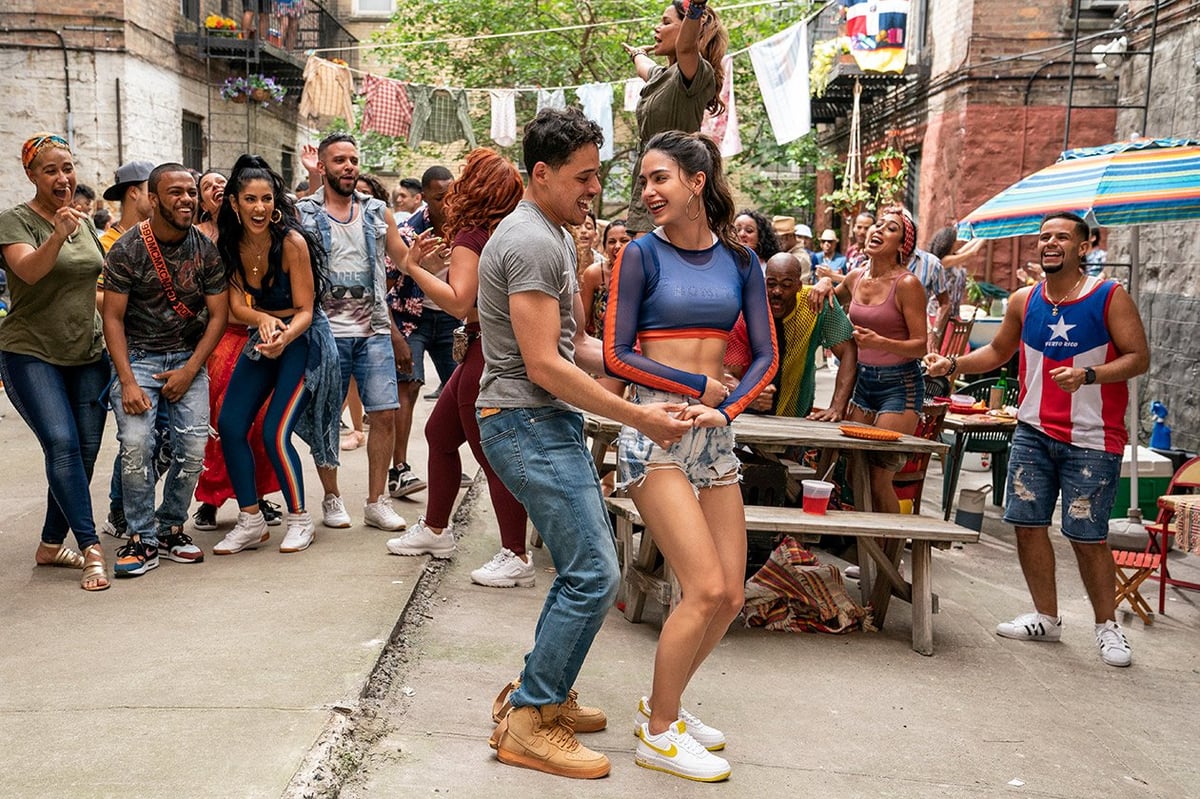 Anthony Ramos as Usnavi and Melissa Barrera as Vanessa in In The Heights. Image: Warner Bros.

In the Heights came from the same brain as Hamilton, but that really is where the similarities end.

The musical tells the story of Usnavi de la Vega (Anthony Ramos), a bodega owner on the block, who dreams of a better life, surrounded by an ensemble cast of vibrant personalities made up of his family and friends.

The music is as good as you'd imagine given its creator, and the film's dance sequences will have you 1. open-mouthed in shock at the scale and 2. tapping your feet... or just fully joining in.

Where to watch: In the Heights is screening at select cinemas now. 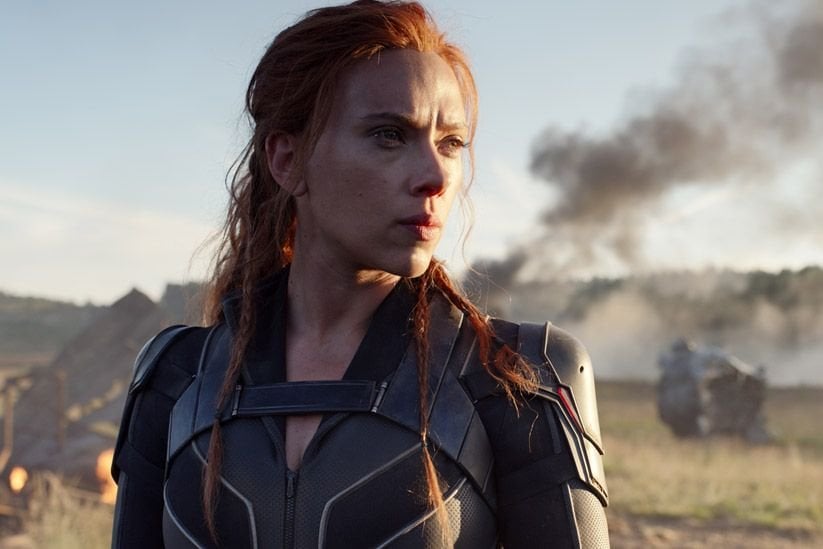 Scarlett Johansson's Marvel superhero finally got her own film, and it was worth the wait.

Black Widow tackles the backstory of Johannson's character and her adoptive sister Yelena, played perfectly by Florence Pugh, who are removed from their adoptive parents, experimented on and brainwashed into assassins.

Yes, it's a superhero film, but Black Widow is coherent and entertaining enough as a standalone film, even for those who aren't versed in the world of Marvel.

Where to watch: Black Widow is screening at select cinemas and is streaming on Disney+ for $34.99 with premiere access. 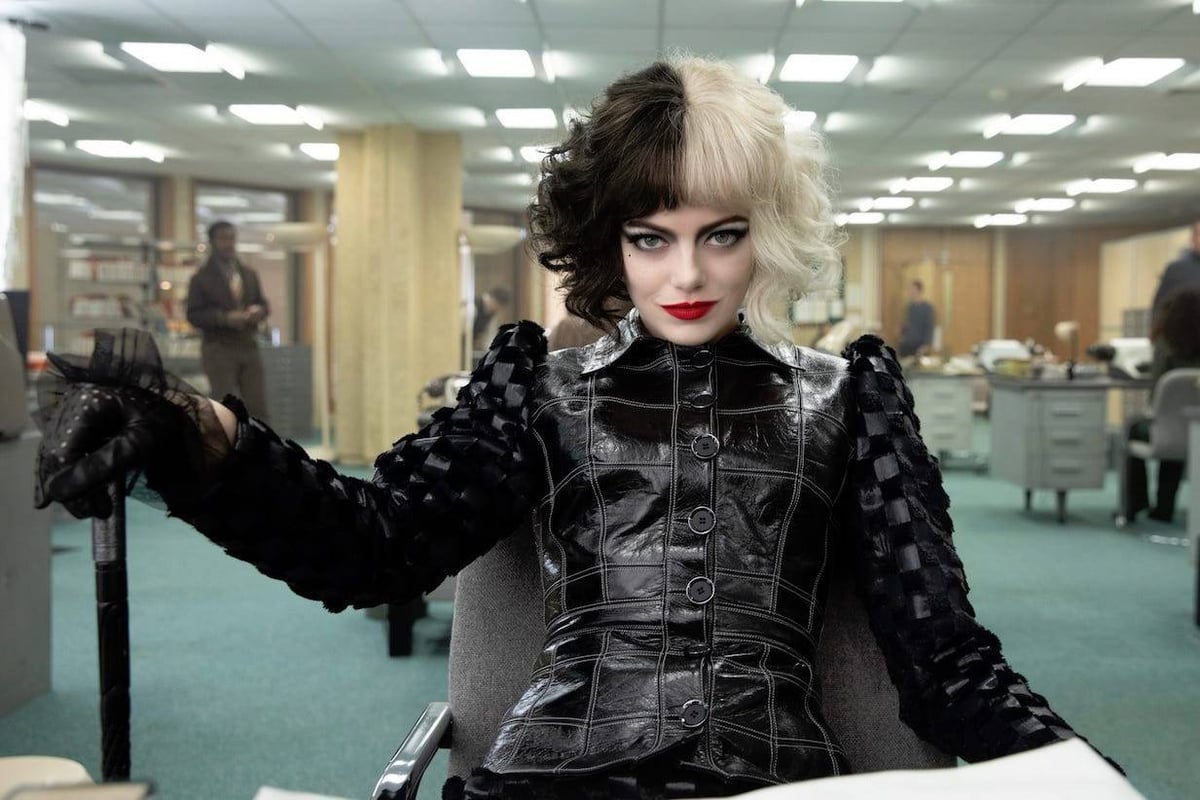 Cruella de Vil is one of the most famous villains in pop culture. But what makes her tick?

That is the question Cruella aims to answer. Starring Emma Stone has the title character, and one of my favourite people in the world, Emma Thompson, Cruella is set in London in the 1970s, before the 101 Dalmatians debacle.

As a budding fashion designer, Estella - soon to become Cruella - gets a job with Baroness von Hellman, before their relationship turns... fierce and Cruella sets out to avenge her mother's death.

Where to watch: Cruella is streaming on Disney+ with Premier Access. 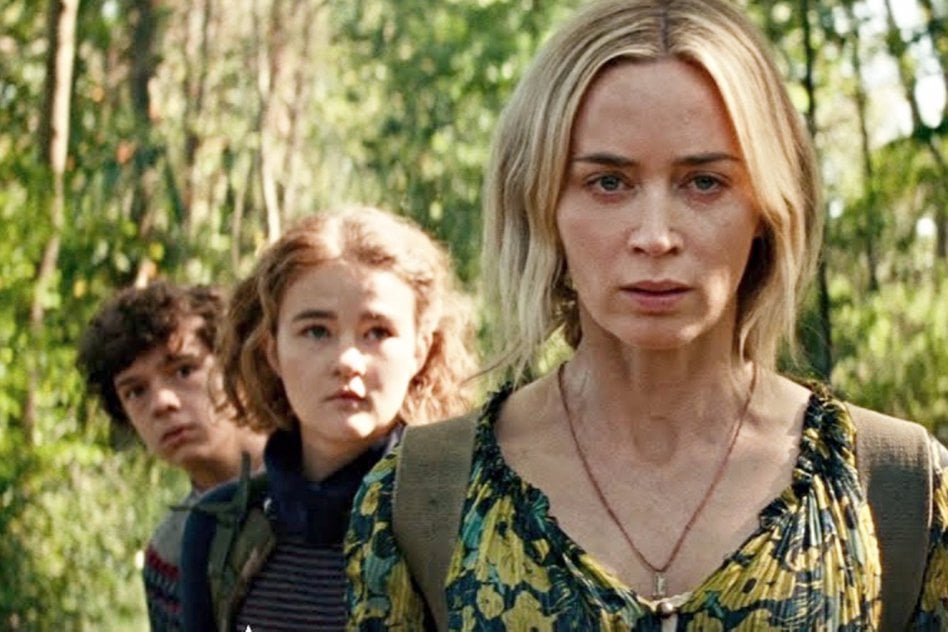 What's a 'best films' list without at least one that will keep you awake at night?

A Quiet Place Part II basically picks up right where it's predecessor left us, with the Abbott family (excluding Lee, played by John Krasinski, because he, uh, died in the first movie) once again trying to survive in a world taken over by terrifying long-limbed aliens.

This time around, they bunker down with Lee's friend Emmett (Cillian Murphy) and make a series of terrible decisions on their way to hopefully stopping the aliens for good.

Where to watch: A Quiet Place Part II can be rented from Amazon Prime Video, Apple TV and Google Play. 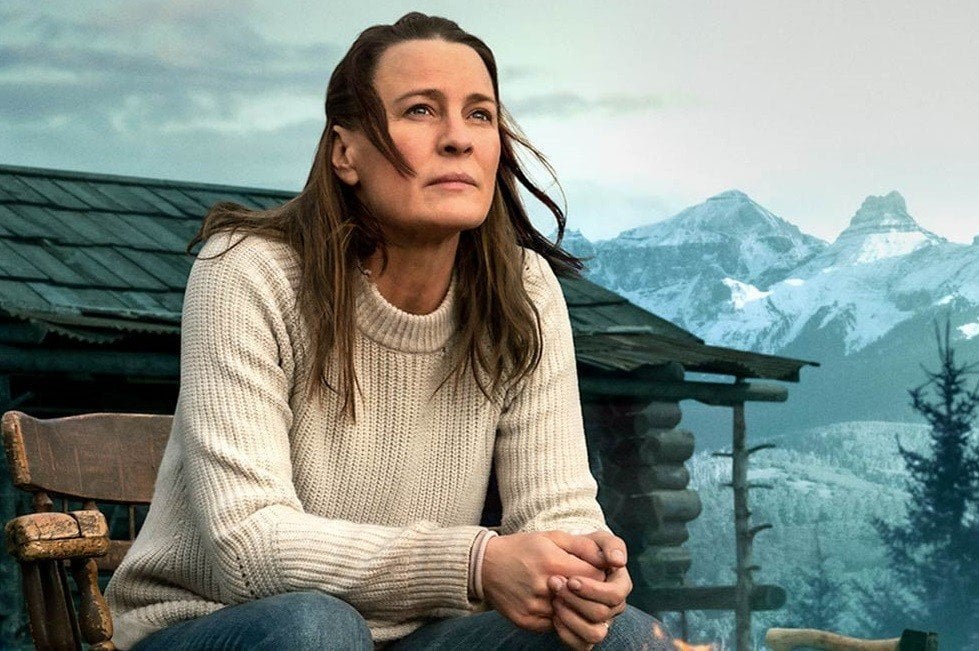 Land is a bit like Nomadland, but without the nomads.

The spectacular Robin Wright's directorial debut - in which she also stars - tells the story of a woman who decides to remove herself from society and retreat to a cabin in the woods. Alone.

Isn't it strange to imagine someone voluntary isolating themselves, while we have been forced into seclusion by the world around us over the past 18 months?

Land doesn't let us in on the reason for her decision until very late in the piece, and the beauty of the film is in her pain, survival and slow healing.

Where to watch: Land is showing in select cinemas, and can also be rented from Amazon Prime Video, Apple TV and Google Play. 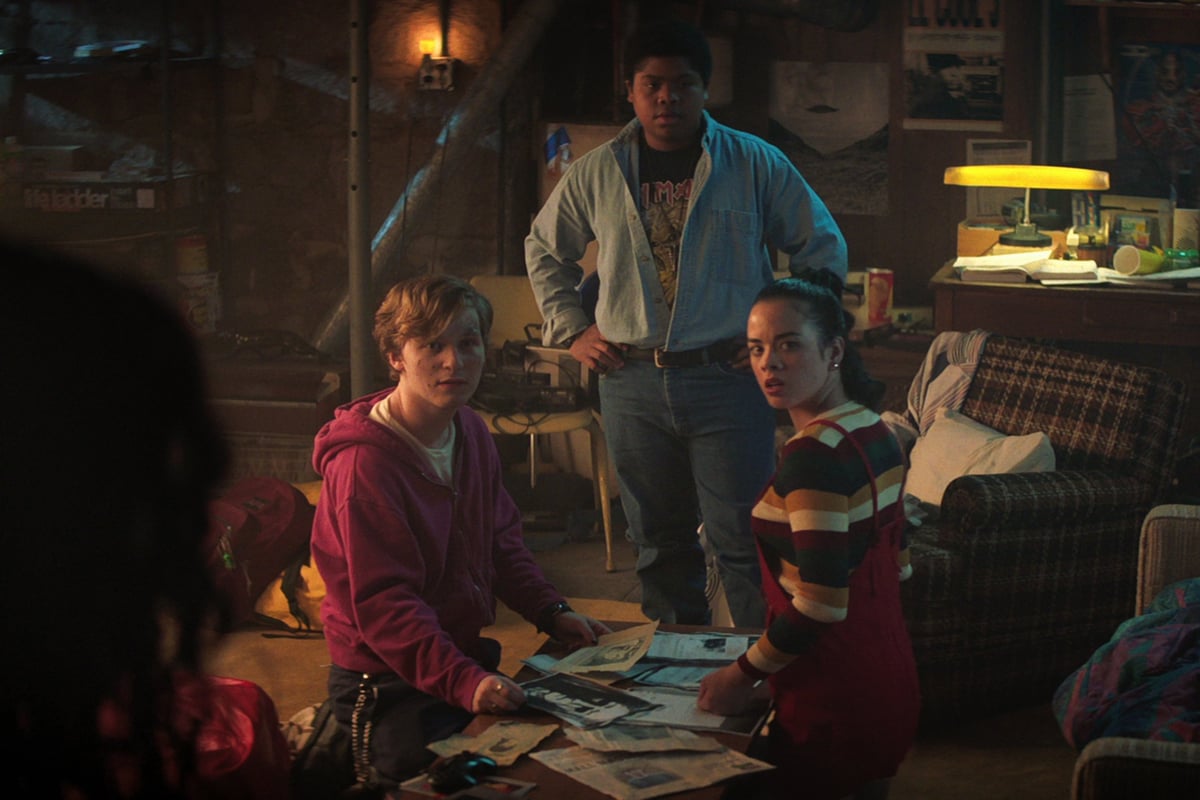 With Fear Street, Netflix has given us a damn good teen slasher trilogy decades after the genre's golden age.

Based on the books by Goosebumps author R. L. Stine, the trilogy follows a group of teenagers in Shadyside, Ohio, who are terrorised by an ancient evil responsible for a series of brutal murders that have plagued the town for centuries.

If you're a horror film buff, keep your eyes out for nods to the classics: there are Easter eggs for Jaws, Poltergeist and Flatliners throughout 1994.

And if you dig it, there's two further films in the trilogy.

Where to watch: All three Fear Street films are available to watch on Netflix. 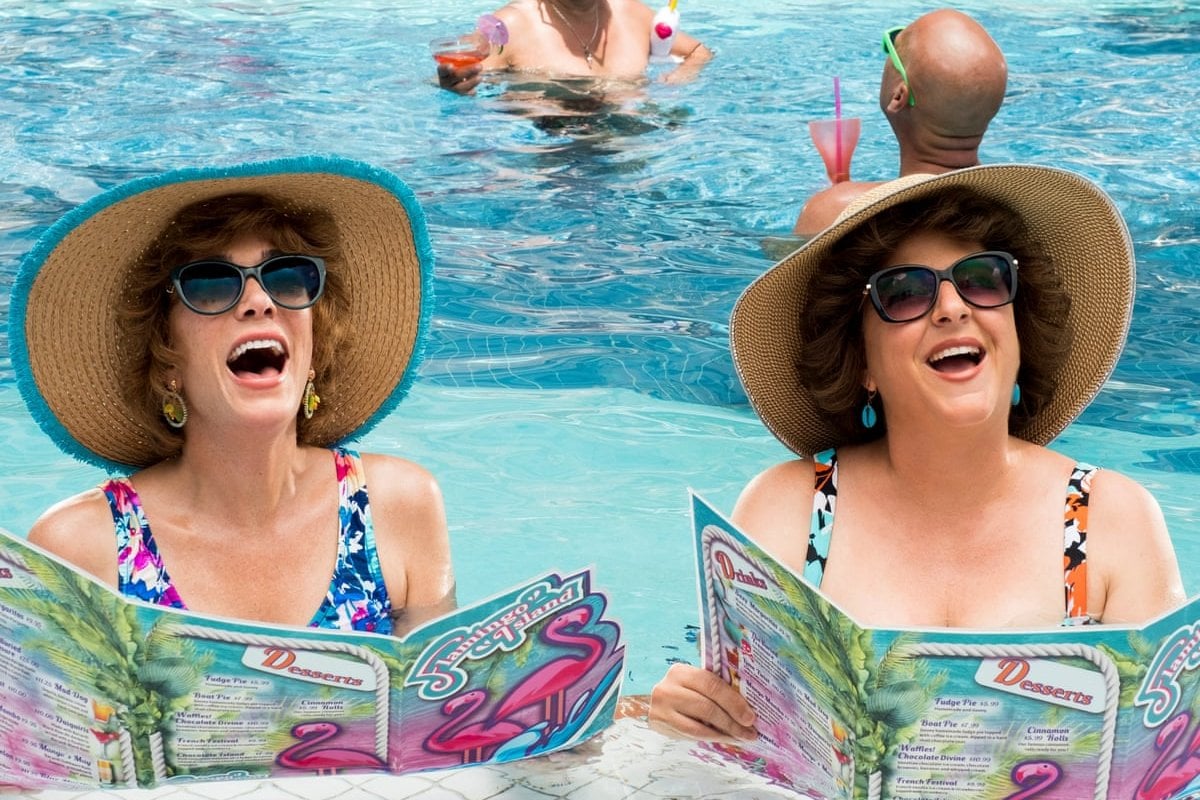 Barb and Star Go to Vista Del Mar is effectively Kristen Wiig and Annie Mumolo being ridiculous, so naturally it's great.

They star as two best friends from Nebraska who travel to Florida for a holiday, but find themselves caught up in the murderous plot of eccentric villain Sharon Fisherman... whose pale skin and sensitivity to the sun has made her so vengeful she wants to kill everyone with lethal mosquitos.

I did warn you it is ridiculous.

Also, Jamie Dornan sings. That is all.

Where to watch: Barb and Star go to Vista Del Mar can be rented from Amazon Prime Video, Apple TV and Google Play. 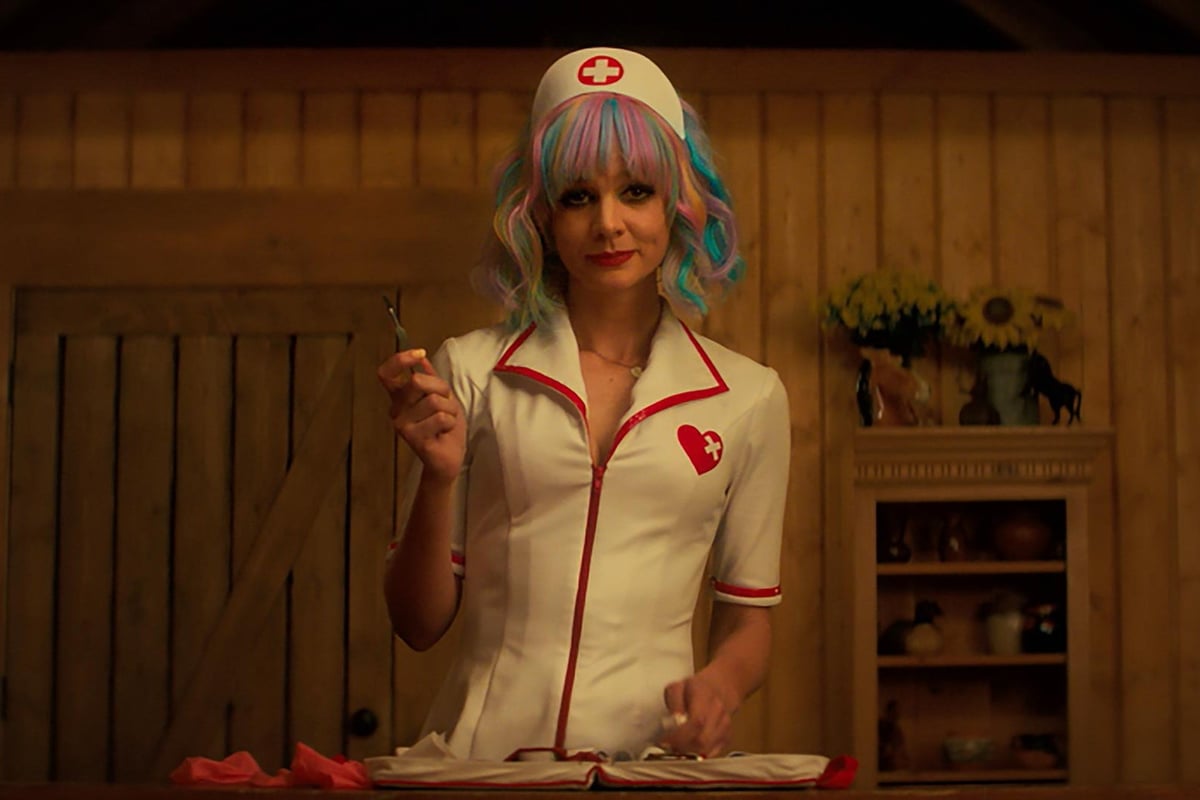 I don't recall ever being moved by a film the way I was by Promising Young Woman.

Carey Mulligan, in the performance of her career, stars as Cassie.

The film's premise is disturbing but sadly unsurprising: Spurred by revenge, Cassie feigns intoxication on night's out and lets "nice guys" take her home, before turning the tables on them as they go to take advantage of an incapacitated woman.

As time goes on, Cassie's vengeance totally consumes her until her life spirals completely out of control.

It's a tough, important watch and the ending will stick with you long, long after the credits have rolled.

Where to watch: Promising Young Woman can be rented from Amazon Prime Video, Apple TV and Google Play.

The Mitchells vs. the Machines. 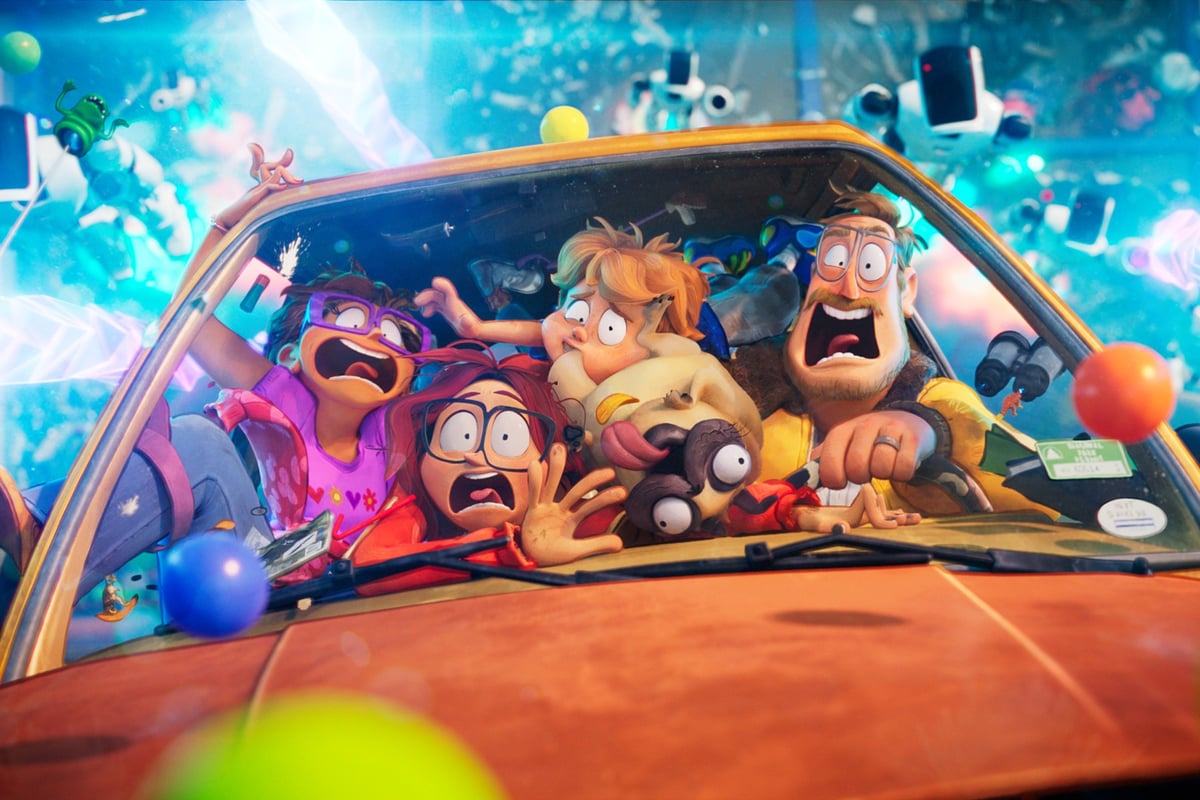 The Mitchells vs. the Machines is a family-friendly delight.

It follows the Mitchell family, who decide to road trip across the country so they can all spend some time together before dropping daughter Katie at college.

The timing is... terrible, however, because this just so happens to align with a robot uprising that not only threatens their plans, but may end human civilisation as we know it. Not ideal.

Where to watch: The Mitchells vs. the Machines is streaming on Netflix. 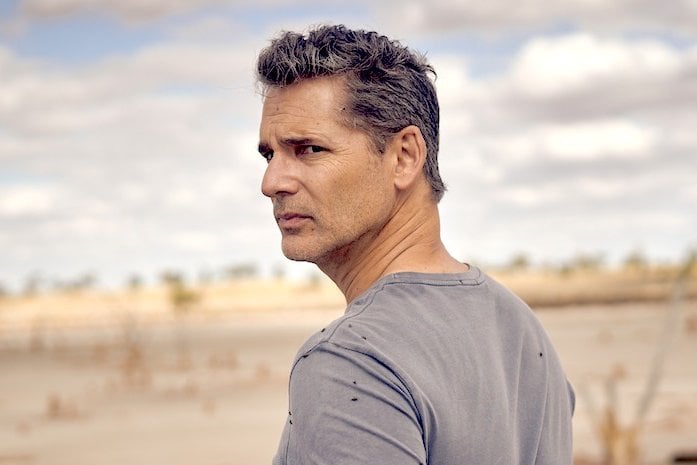 The film adaptation of Jane Harper's best-selling novel The Dry was released on New Year's Day, and what a way it was to begin the year in film.

Eric Bana stars as Aaron Falk, an Australian federal police agent who returns to his fictional hometown of Kiewarra following the apparent murder-suicide of his old friend Luke. It appears like Luke killed his wife and child before turning the gun on himself, and Falk works to uncover the truth.

Where to watch: The Dry can be rented from Amazon Prime Video, Apple TV and Google Play.

Judas and the Black Messiah. 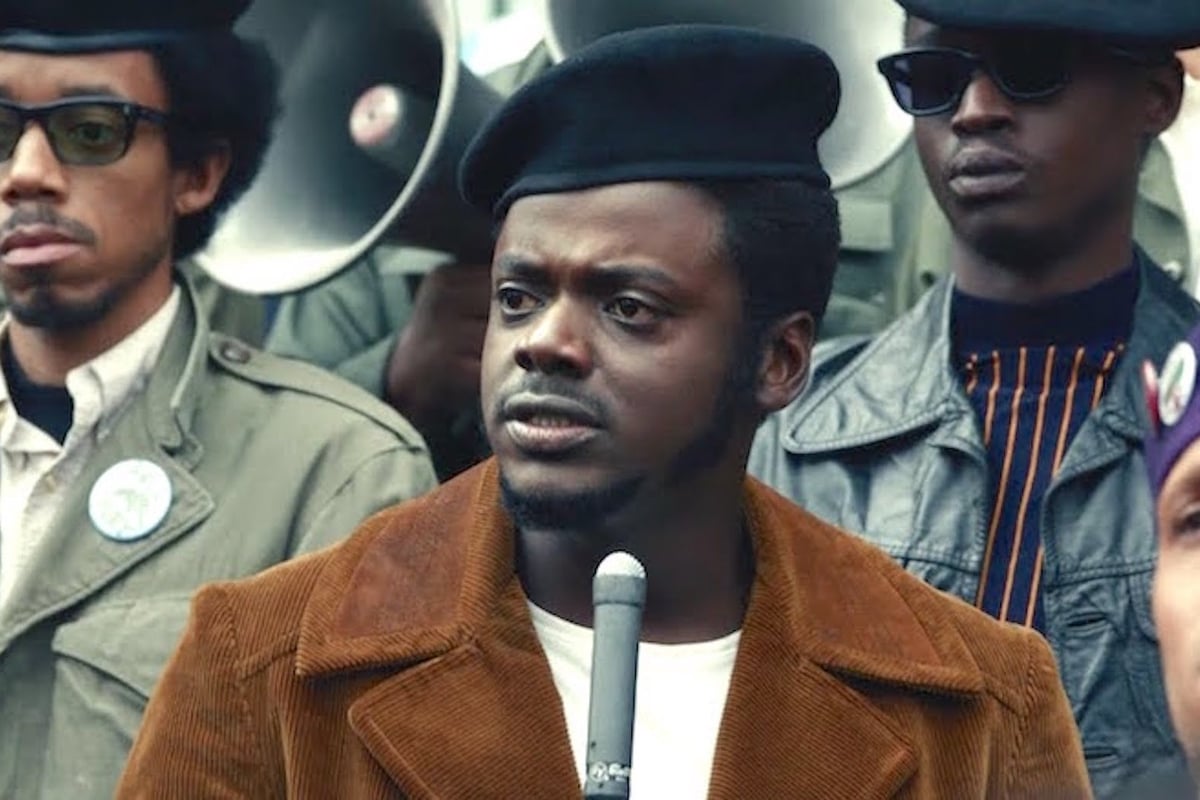 Judas and the Black Messiah is a biographical drama about an FBI informant, William O'Neal (Lakeith Stanfield), who infiltrates the Illinois Black Panther Party to keep tabs on their leader, Chairman Fred Hampton (Daniel Kaluuya, who won the Best Supporting Actor Oscar).

The FBI considers Hampton a dangerous threat: a "Black Messiah" who could incite violence and is in their eyes, as bad as the KKK. But as O'Neil gets closer to the organisation and sees the work the Panthers' do in their Black communities, he becomes more and more conflicted about his mission.

The performances of Stanfield and Kaluuya are spectacular in this story of betrayal and revolution.

Where to watch: Judas and the Black Messiah is screening in select cinemas and can also be rented from Amazon Prime Video, Apple TV and Google Play.

The United States vs. Billie Holiday. 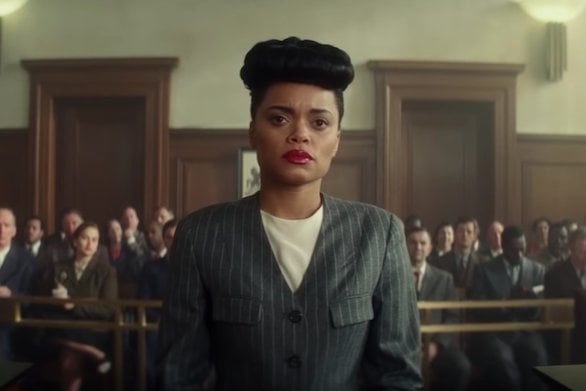 Billie Holiday was one of the biggest jazz stars of all time, but her memory is tainted by tales of drugs and violence.

In The United States vs. Billie Holiday, Andra Day stars as her hero and brings to screen the discriminatory and unfair lengths government officials went to in order to silence one of the most vocal Black voices of the time.

Holiday was relentlessly pursued by The Federal Bureau of Narcotics since at least 1939 until - literally - the moment of her death. But as The United States vs. Billie Holiday explores, the issues were more complicated than just the so-called 'War on Drugs' of the time.

It also involved race, and Holiday's insistence on singing her most commercially successful song, 'Strange Fruit', which protests the lynching of Black Americans.

Where to watch: The United States vs. Billie Holiday is screening in select cinemas and can also be rented from Amazon Prime Video.

Raya and the Last Dragon. 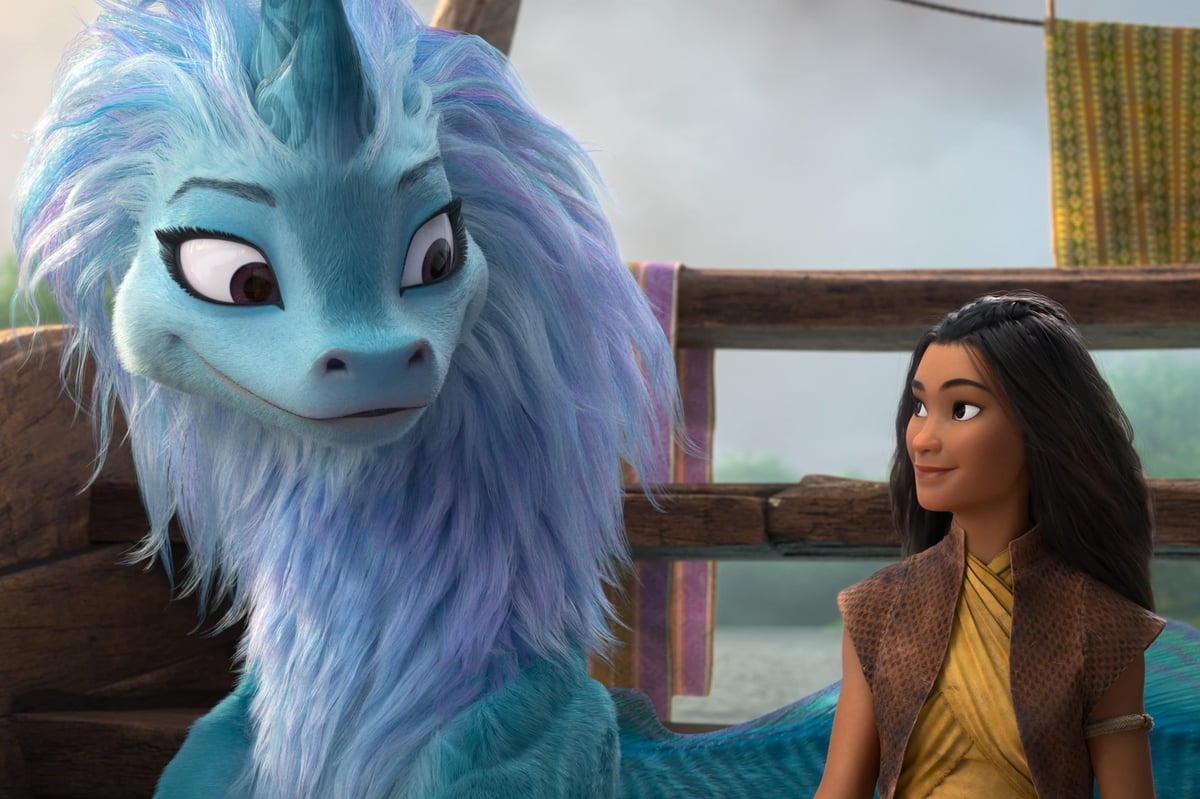 Raya and the Last Dragon is yet another beautiful animation film from Walt Disney Animation Studios, its first since 2019's Frozen II.

It is inspired by traditional Southeast Asian cultures and follows a warrior princess named Raya as she seeks out the last dragon with hopes of banishing a plague, Druun, which turns people and dragons to stone.

Obviously, Disney never falters on the animation front, but Raya is also a heartfelt story with great humour and a really interesting evolution of its 'Disney Princess' brand.

Where to watch: Raya and the Last Dragon is now streaming on Disney+.

What has been your favourite film of 2021 so far? Let us know in a comment.