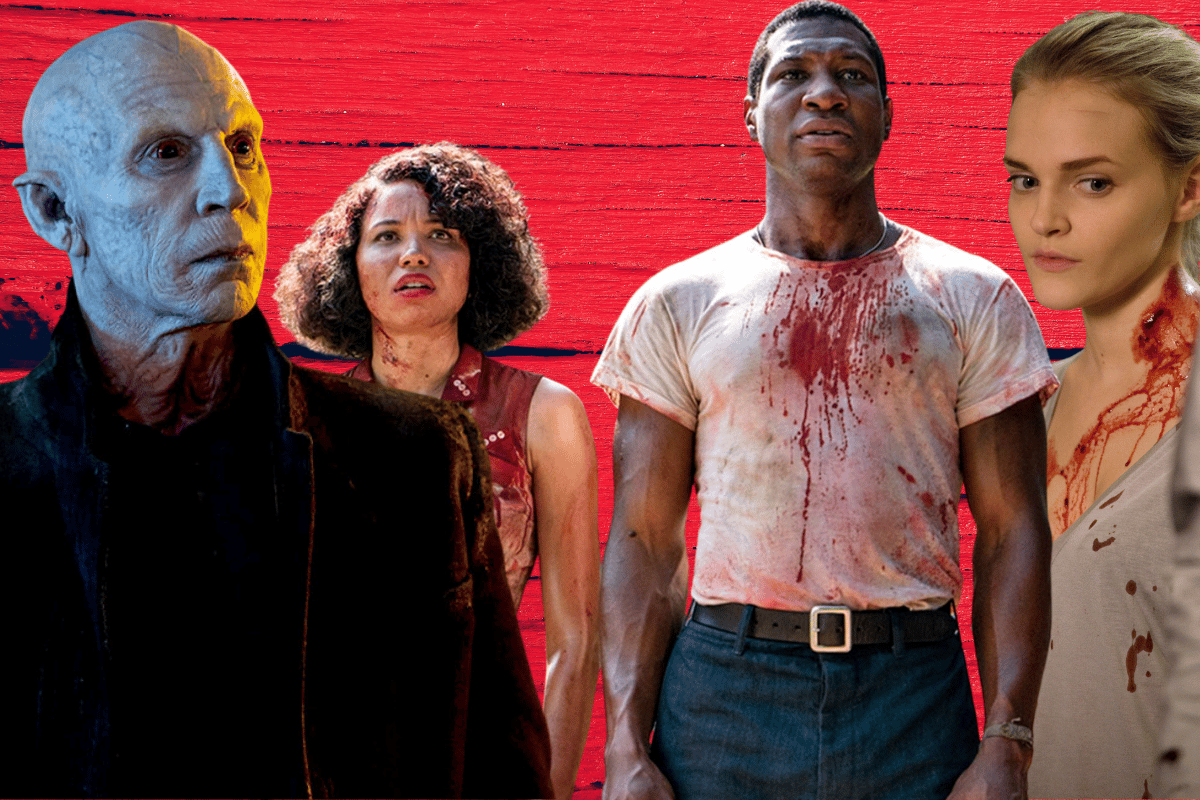 Horror movies traditionally get all the glory when it comes to an entertainment offering that will scare you silly, but I say that TV shows actually hold greater power.

There's more room to flesh out stories, make you fall in love with characters and then brutally do away with them, and more scope to explore the darkest depths of humanity. All with plenty of jump scares thrown in.

Here are 10 truly terrifying TV shows that will make you sleep with the lights on.

Somehow, this absolutely off the rails series seemed to fly under the radar when it first dropped on Netflix, but the grotesque horror of Brand New Cherry Flavor is exactly what makes it so compelling.

Set in Los Angeles in the 90s, the series follows a young filmmaker named Lisa Nova (Rosa Salazar) who sets out to get revenge on a horror director who took advantage of her in order to steal her short film.

Lisa teams up with a witch named Boro (Catherine Keener) to enact a curse against the director, but it comes at a steep price.

There are also scenes of people throwing up kittens, if you're into that. 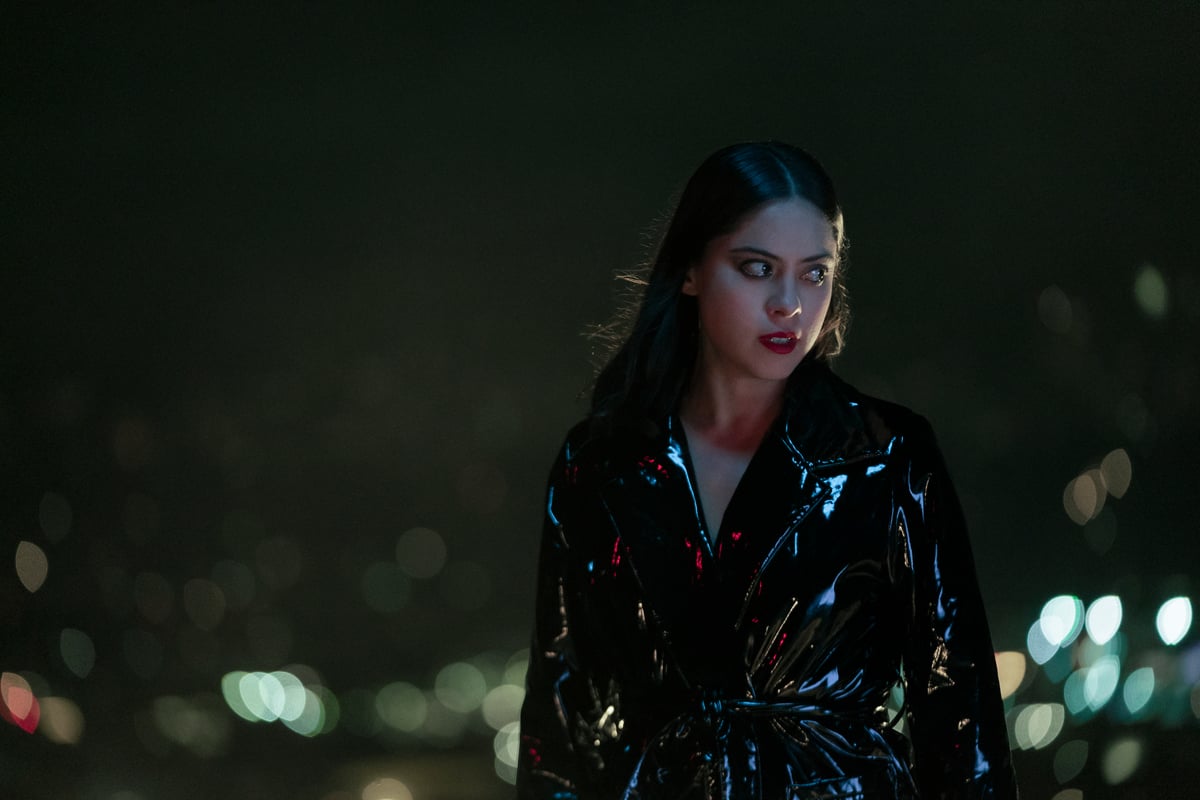 Brand New Cherry Flavor follows a young filmmaker named Lisa Nova (Rosa Salazar) who sets out to get revenge on a horror director who took advantage of her. Image: Netflix.

This anthology series features a series of creepy standalone stories.

The first episode, Gray Matter, is an adaptation of a short Stephen King body horror story and focuses on two small-town police officers investigating a local man whose infected beer appears to have transformed him into something terrifying.

The second episode, The House of the Head, is an adaptation of a short story by Bird Box author Josh Malerman, about a young girl whose dollhouse gets invaded by a mysterious severed head that appears to move around.

You can watch the episodes in any order, as each one comes to its own chilling conclusion.

Servant is a psychological horror executive produced by M. Night Shyamalan. It tells the story of Dorothy and Sean Turner, a wealthy Philadelphia couple who are mourning the tragic death of their 13-week-old son, Jericho.

Dorothy experiences a full psychotic break due to her grief, so the couple undergo therapy using a lifelike doll, which Dorothy soon believes is her real child.

Dorothy and Sean employ a young nanny named Leanne to move in and take care of "Jericho" which leads to a mysterious force also entering their home.

Watch it on Apple TV+.

Listen to The Spill’s bonus episode The Watch, discussing every plot twist in Netflix's Squid Game. Post continues after podcast.

John Jarratt was so terrifying as the outback killer Mick Taylor in the Wolf Creek movies that he was given a spin-off TV series to continue his reign of terror.

The first season of Wolf Creek sees Mick Taylor face off against a 19-year-old American tourist named Eve in a cat-and-mouse style game.

Season two sees Mick meet a coach full of international tourists, who he lures away from their planned route before hunting them down one by one.

Dark is Netflix’s first German-language original series and although it's been likened to Stranger Things, I'd say it's actually a lot more chilling.

The series kicks off with children mysteriously vanishing from the German town of Winden, and not for the first time. It turns out that this mystery spans four generations and is all linked to a cave system beneath the local nuclear power plant.

Make sure you clear your weekend when you sit down to watch Dark, it's truly addictive television.

Set in 1955, Lovecraft Country is based on the dark fantasy horror novel of the same name by Matt Ruff.

The story is hooked on Atticus Turner, a former soldier in the Korean war, who sets off to find his missing father, who was last heard from in the area of Massachusetts known as Lovecraft Country. He is accompanied by his Uncle George, who is the author of safety guides for black travellers, and his childhood friend, Letitia.

There are monsters a plenty in Lovecraft Country, but as a show that shines a light on racism in the 1950s, it's often the regular people who provide the true scares. 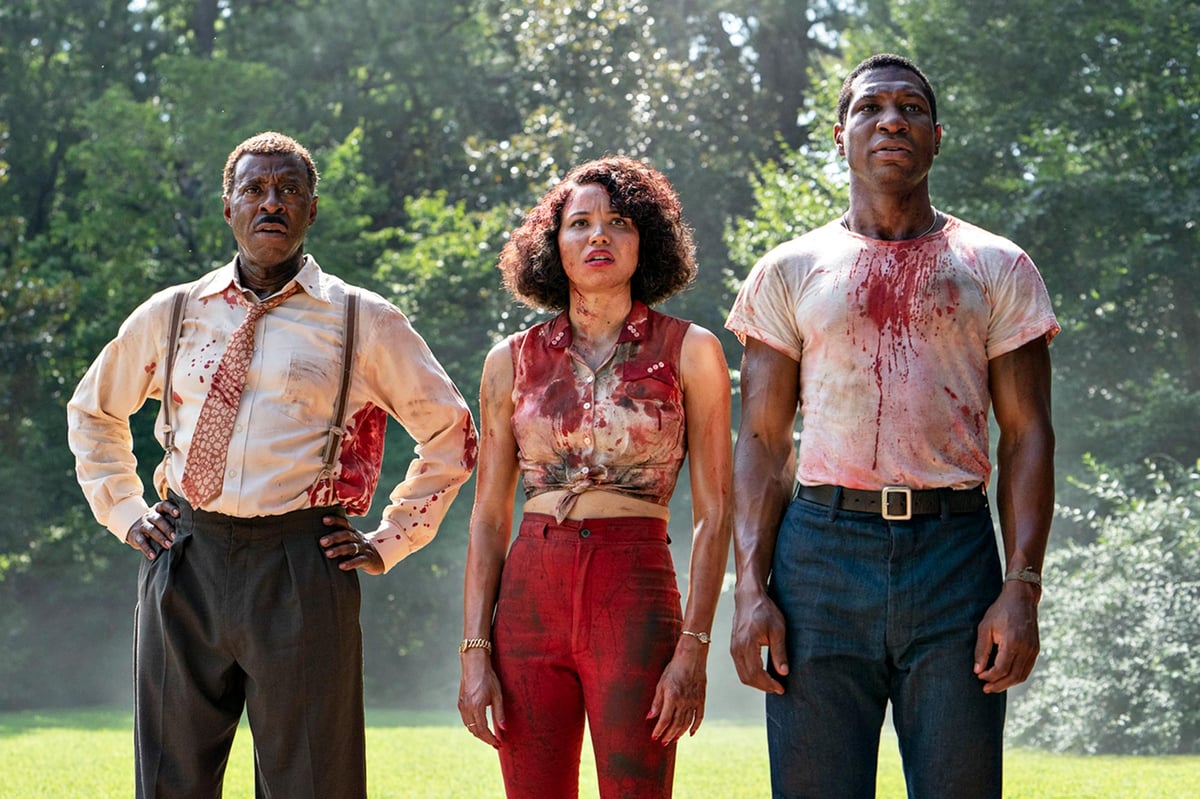 "There are monsters a plenty in Lovecraft Country, but as a show that shines a light on racism in the 1950s, it's often the regular people who provide the true scares." Image: Binge.

Hannibal is a psychological horror series, with quite a bit of graphic violence, based on characters from Thomas Harris' novels Red Dragon, Hannibal, and Hannibal Rising. The series really delves into the relationship between FBI special investigator Will Graham (Hugh Dancy) and Dr. Hannibal Lecter (Mads Mikkelsen).

Dr Lecter, as you probably know from the movies, is a cannibalistic serial killer, but this series fleshes him out like never before.

Not to be confused with the excellent American Horror Story, which contains a new story each season.

Instead, American Horror Stories dives into micro-horror and offers up a new story within each episode.

If you're a die-hard fan of the American Horror Story universe, you'll notice a lot of familiar faces and locations in this series.

For example, the first story focuses on Scarlett Winslow and her house-flipping fathers Michael and Troy who move into the infamous Murder House (you know the one).

This series focuses on the strange happenings in Hemlock Grove, a fictional town in Pennsylvania, and at first it seems like it's just another show about sexy vampires and even sexier werewolves.

But as the series progresses, things become a lot darker for the town's wealthy Godfrey family, and the people who become entangled in their story.

If you feel like turning the TV off when you get to the part about eating baby vampires' faces, keep going. Things only get worse.

The Strain is a horror series co-created by Guillermo del Toro and centres on Dr. Ephraim Goodweather, who is the head of the CDC's New York-based Canary Project. He is called in to investigate a mysterious plane landing where all passengers are found dead. His team soon discovers it can be traced to a viral outbreak that has similarities to an ancient strain of vampirism.

Unless he and his team act fast, this will be the end of humanity.