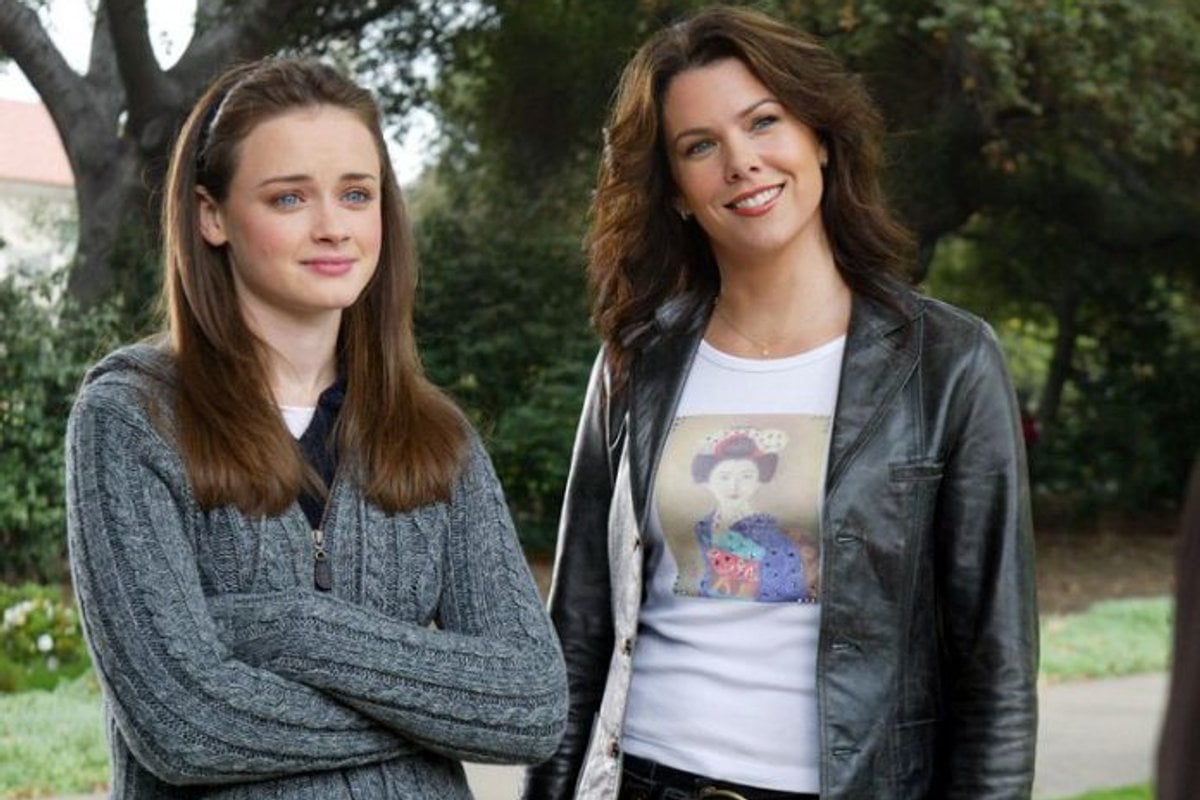 It was the type of relationship that television shows like to glorify.

Think Gilmore Girls – Lorelai and Rory, the dynamic mother-daughter duo, blessed to have a kind of closeness, an unbreakable, enviable bond.

That was how my Mum and I were.

In fact, during high school, other girls would call us Lorelai and Rory, almost wistfully – “I wish I was as close as you are with your Mum" and "your Mum is so laid back and cool, you can tell her anything."

I could, indeed, tell her anything – and I did. My mum, after all, was my best friend.

And that is no bad thing, especially during high school when you want unconditional support, and when parents want their children to feel like they can tell them anything.

Other girls were sneaking out of their houses at midnight to hang with boys in parks, lying about drinking and smoking, living double lives unbeknownst to their parents. Not me (and not just because I was a goody-two-shoes) – I was telling Mum everything. Why wouldn’t I? We gossiped like best friends should. I told her the secrets my friends kept from their parents.

It worked. Our relationship, our friendship, thrived.

I grew older and the secrets that I confided grew more intense. But Mum was my best friend - why wouldn’t I tell her every little thing? Why would that change?

It changed because the dynamic started to change.

When I was between the ages of 18 and 20, it felt like an odd time. You still most likely live under your parent’s roof, but you’re considered an adult - with all that comes with that - and you’re, most likely, drinking and going out and exploring and experimenting. And it was in this space, this pocket of time, that the friendship between my mum and I started to fracture.

The problem with treating your child like your best friend is that it’s easy for both of you to forget the key thing – you are, first and foremost, their parent. This is an entirely different dynamic that exists to that of friendship.

You get drunk with friends, the next day you giggle with them – “oh my god, remember when you did x,y,z?” – you are all on the same wavelength. You get drunk with your Mum, and the next day – “I think you need to reconsider x,y,z, I think you need to give more thought to how your life is going.” I’m sure the feedback I was receiving was valid, the concerns real – but I was thrown.

Mum was switching between her friendship hat and her Mum hat – it was giving me whiplash.

It was different to how we had previously existed. The ground kept shifting beneath me when we interacted – would today she be the gossipy, fun best friend, or the serious Mum casting (admittedly well-deserved) judgment on my life choices and setting down rules?

“What time did you come home last night?” she started to demand. You know – the questions that my friends had experienced all throughout high school, were used to getting from parents. But I wasn’t used to them, because Mum and I were “besties” and she had never thrown this kind of attitude at me.

There was more, and from my side as well – perhaps because I was older, when we drank together and gossiped now, she began to confide things in me.

That’s what you do in friendships, after all, rely on one another, give each other support. That is the reciprocal nature of friendship.

But on hearing these heavy things, suddenly my “I’m your child, not your friend” hat slipped on.

“This is what your friends are for,” I thought, with all the petulance of a child suddenly, “not your kid, you don’t demand support from your kid.”

And so there we were.

Both suddenly flitting between our roles of friend, of child, of mother, of confidant – changing between these in ways that caused conflict between us.

There had never been boundaries between us before, never had been a need for them, so we were operating with no guidelines and with no idea what we were to each other anymore.

In being best friends, we had blurred the lines so significantly that it was almost impossible for us to exist as mother and child anymore.

I stepped back from everything.

I still saw her, and my family because I loved them all, and still loved her. But I kept a distance to let things settle and fall.

We needed time and space apart from each other, I realised, before we could reconnect and rebuild a new relationship, one with established boundaries.

I’m not saying that no mother or father can ever be best friends with their child.

I know that it’s important for children, particularly in adolescence, to know that they can confide in their parents and that they have that support system.

Maybe there are parent-child friendships out there that are thriving, and they’re best friends and it works for them.

I just know for me, not having established boundaries almost destroyed my Mum and I and caused me a wealth of anguish and confusion.

In instances where I wanted a best friend, instead I got a mum, and when she wanted a friend, she got her child. I realised we had lost the ability to fully be one thing or the other, and our roles in each other’s lives were existing in a complicating grey area.

It has taken many years, but I feel that my Mum and I have now reached a good place.

There is a healthy distance between us. She is no longer my best friend and my main support system, and I am no longer hers.

I love her as a mum now, an entirely different kind of love but one that is no smaller, no less valid, and no less important to me.

Just healthier. For the both of us.

Reply
Upvote
It's amazing how this could have been my daughter & I, but fortunately although we have always had a best friends type relationship, we somehow managed to keep the tether of mother & daughter in tact.  We went through a rough patch when she fell for a boy in another state, let her second half of year 12 suffer & was in the process of moving out to be with him when it all fell apart.  During that time, my mother hat was on more than ever & my heart broke when I felt the distance growing.  When it all fell apart & the boy broke her heart, I was there to catch her & help her get back on her feet.  She has many friends & spends lots of time with them but she knows she always has a soft place to land if she needs it & someone to listen & share her joys, sorrows & secrets with.
News
General
Opinion
True Crime
Politics
Sport
Explainer
Entertainment
Celebrity
Reality TV
Movies
TV
Books
Rogue
Royal
Lifestyle
Beauty
Fashion
Weddings
Home
Wellness
Health
Fitness
Travel
Food
Parents
Before The Bump
Pregnancy
Baby
Kids
Teens
School
Parent Opinion
Work & Money
Money
Finance
Career
Lady Startup
Relationships
Sex
Dating
Separation
Friendship
Family
Real Life
Couples