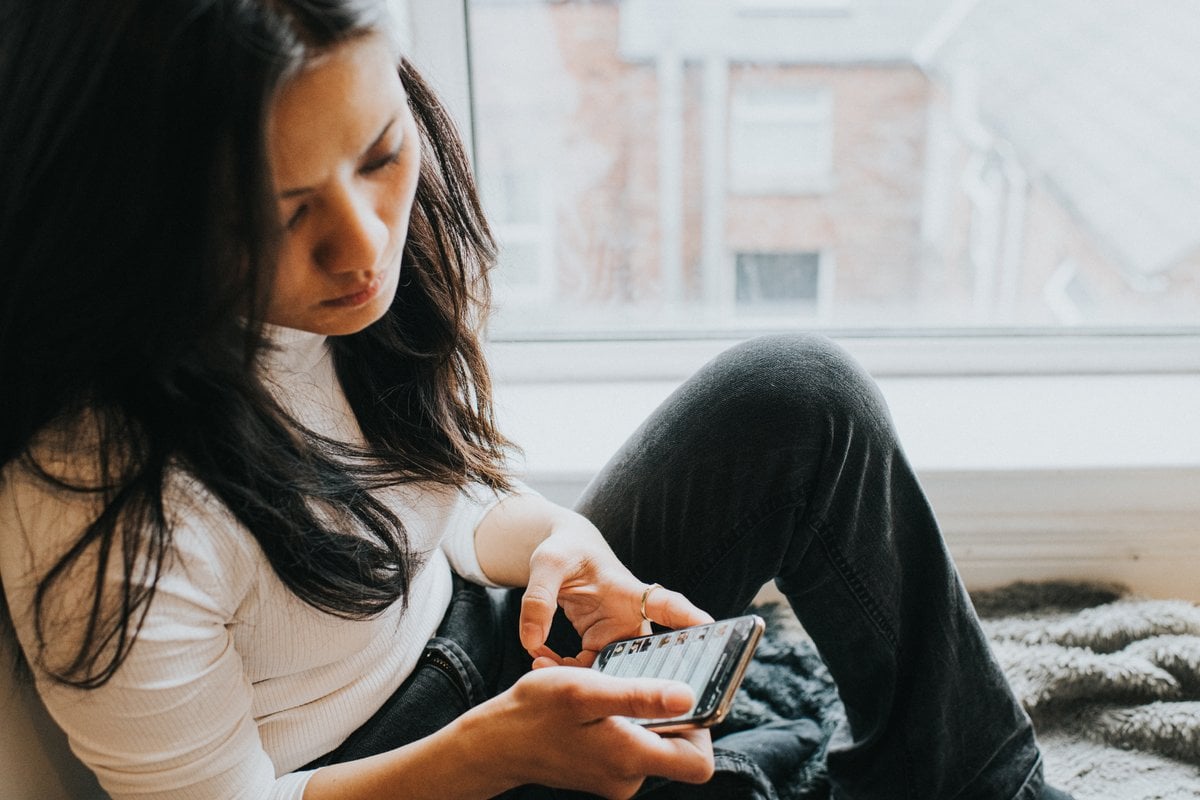 "I’m free on the weekend," my best friend said to me after we finished hanging out. "Just hit me up."

I texted him that weekend, but he didn’t respond. Hmm, weird. Later, I gave him a call. No answer. A few days later, I messaged him on Facebook and saw a "seen" notification from him, but no response.

He never talked to me again.

It was one of the most painful moments in my life. It utterly blindsided me. I knew this person for years; we were even roommates in university; we hung out all the time, and we knew each other’s families. Our mutual friends — and even my parents — were shocked and confused.

To this day, I still have no idea why it happened. But fortunately, I learned some powerful lessons during that saga, which helped me emotionally overcome the situation and build stronger friendships down the road. Here’s what I did — and didn’t do — to help me recover:

I didn’t criticise him.

When I was younger and I had difficulties with my parents, the thing that always poured salt in the wounds was they nagged and admonished me for not reaching out to them.

They would guilt me — even though they didn’t reach out to me either — and it always made the problem worse.

I knew I didn’t want to do the same thing so, instead, I reached out in a friendly way. I didn’t even acknowledge the ghosting; after all, I had no clue what was going on and we had a great friendship for so long. Maybe he just needed some space, some support, or someone to listen to him.

I could’ve attacked his behavior and said things like, "You’re being rude/mean/immature/etc.," but it would’ve killed the odds of him replying, so instead, I just continued to wish him well.

I didn’t personalise it.

I’ve battled low self-esteem for most of my life so it would’ve been easy to blame or second-guess myself. "He found better friends, he got tired of me, I did something to offend him, etc." And even though he didn’t say any of those things, my mind could’ve concocted a million reasons why I was a terrible person and this was all my fault.

By rereading my messages and looking at the situation as objectively as possible, I really couldn’t see how I did anything wrong.

We didn't have a disagreement, argument, or anything like that; if anything, we had a great time during (what would be) our final meetup. So I had to continually remind myself of that fact to maintain my sanity.

It was another kick in the groin when I ran into my ex-friend’s friends who were still regularly meeting with him. But again, I couldn’t blame myself — I simply had no idea what happened so any conclusion would just be a story.

I acted in a way I could be proud of.

The first two points had an extra benefit to help me move on from the ghosting: I was incredibly proud of how I handled it.

I was extremely deliberate and conscientious about every message. I didn’t say one negative thing about him and I was as nice as possible.

In fact, a few months after the ghosting, I wished him a happy birthday via Facebook Messenger. (It said he read it too.)

But if I did the opposite and insulted, condemned, or attacked him, I probably wouldn’t feel that same pride.

Maybe I would’ve felt guilty for my actions or for stooping to his level. And because I didn’t want to have those second-thoughts, I made sure the way I handled it was unimpeachable.

I learned how to communicate.

Getting ghosted by my best friend taught me to never let things get to that point in the first place. No friendship is perfect: You will have ups and downs.

In the years after, I committed myself to always communicating in a fair, respectful, and open way. I was willing to be vulnerable, uncomfortable, and even wrong about my assumptions, and I never made things personal. And by doing that, I could also watch how people responded.

Did they listen and have a calm discussion? Did they get defensive? Or did they blame and attack me?

Sadly, I’ve had to let friends go because of this, but it was the right decision because I wanted my friendships to align with my values.

I made new friends.

My emotions were still raw after the ghosting so it wasn’t easy to just "go out and find new friends." (The hard part about being ghosted is, even though you know when the communication stopped, it takes time before you realise you’ll never hear from them again and you have to move on.)

Thankfully, I got lucky with my timing.

First, I started hanging out with a friend I met while we were both living in South Korea.

Then, I randomly met a study-abroad student at a nearby university and we became great friends — we hung out all the time and I even invited him to dinner with my family.

I wasn’t deliberately trying to forget about my ex-friend, but I found it a lot easier to move on as I filled the emptiness — in my life and social calendar — with new friends. And by having fun with new people, I gradually stopped thinking about my loss.

I became a new person.

The last moment I saw my ex-friend was over 10 years ago. Since then, everything in my life changed a thousand-fold.

It was a decade of self-improvement and personal development. I worked on myself and transformed my mental patterns, habits, body, career, lifestyle, hobbies, finances, social circle, outlook, and even country of residence.

Who I was 10 years ago was long gone, and I stopped thinking about the past as much. But I didn’t simply "bury" those memories; I did years of deep work to process my past and learn from it. And through that hard work, I was able to reframe those memories so I could embrace a better future.

Now, looking back on that ghosting is almost like watching a different person.

My overall thoughts on real friendships.

Sometimes, friendships fall apart. Maybe you get into a disagreement or maybe they ghost you. It’ll sting in the moment, but as time passes, you’ll hopefully grow and improve. Yet with each setback, it will become more obvious who your real friends are.

Years ago, I was at a conference and I asked a New York Times bestselling author on stage for advice.

I was a remote entrepreneur (like him) and asked if constantly relocating to different cities would affect my social life?

He said he used to have a home on the West Coast and East Coast. When his friends on the other coast invited him to events, he had to decline — but after he declined a few times, they eventually stopped asking him.

That’s why his advice to me was, 'If you keep leaving your friends, they might not reach out again.'

A few minutes later during a break, my friends at the conference came up to me. "Don't worry," a friend said kindly. "We won't ditch you like [the speaker’s] friends did."

I smiled and laughed.

He was right. While the speaker had a valid opinion, the fact was he just projected his experience onto me. I didn't know who his friends were, how strong their friendships were, or how much they cared for him.

But I do know that if my friends left for some time, when they came back, I would roll out the red carpet. I would change my schedule just to see them.

Because they’re my real friends.

Hard moments suck, yes, but sometimes you need those moments to remind you of exactly what you’re looking for in your friendship and relationships.

And just know that when you find the right one, it’ll all be worth it.

This post originally appeared on medium and has been republished with full permission. You can read more from Anthony J. Yeung  here.

Reply
Upvote
This is what I’m going through right now.. we just don’t communicate anymore it hurting me.... eventually I’ll move on!
B
bm123 7 months ago

Reply
Upvote
1 upvotes
This could have been written by me! I was ghosted by my best friend, we even had babies at the same time, lived next door to each other and shared the best snd the worst together but one day out of nowhere the communication stopped. It’s not a nice feeling and I still wonder what I had done wrong.
Q
qwerty 7 months ago