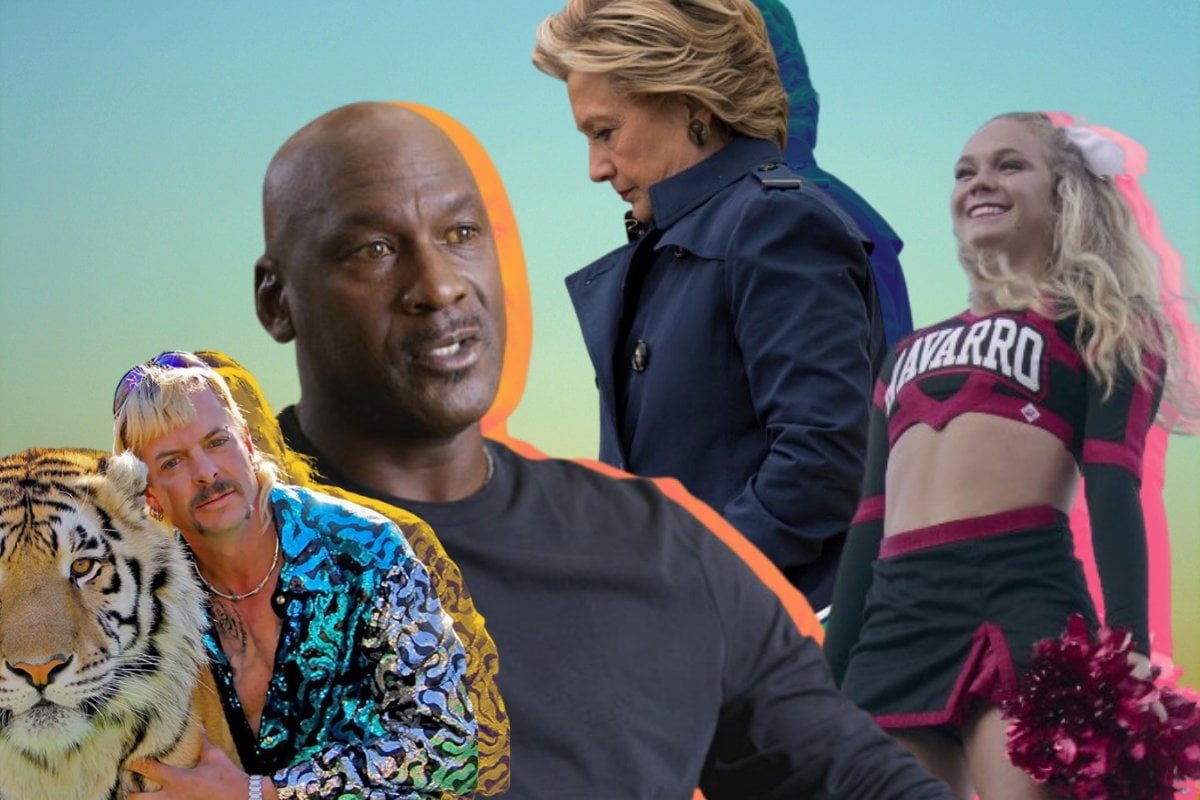 Many of them bad: A pandemic, homeschooling, Zoom calls, track pants... It certainly has been a trying time.

One of the better things to come out of 2020 is the continued rise of the docuseries.

A docuseries really allows the show - and the viewers - to go deeper into a topic than ever before. How could you possibly have condensed the batsh*t craziness of Joe Exotic into a single 90 minute-long documentary? It simply wouldn't have been possible.

But across seven wild episodes, we learned not just about Joe, but his husband(s), Carole Baskin, Jeff Lowe, Doc Antle and so many more characters.

If you find yourself with some free time these holidays, sit down and enjoy one (or eight) of this year's best docuseries. 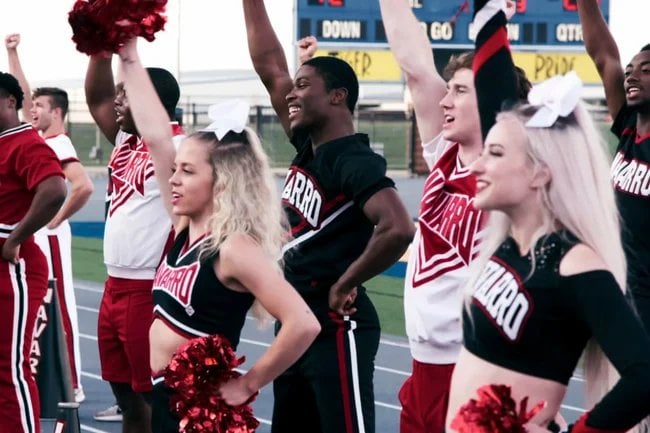 2020 began with bushfires and a WWIII scare - and it also began with Cheer.

This six-part Netflix documentary, which follows the Navarro cheerleading squad in Texas through their preparation for the national title, is to put it simply: bone-crunchingly breathtaking. That's literal bone-crunching, btw.

You'll find yourself on the edge of your seat, offering commentary and very, very clammy.

In September, one of the series' breakout stars Jerry Harris was arrested on child sexual exploitation charges. It's worth pressing on for the rest of the cast's stories, as you can forward through his parts and still make sense of the wider story.

It's heartwarming, brutal and oh so addictive. 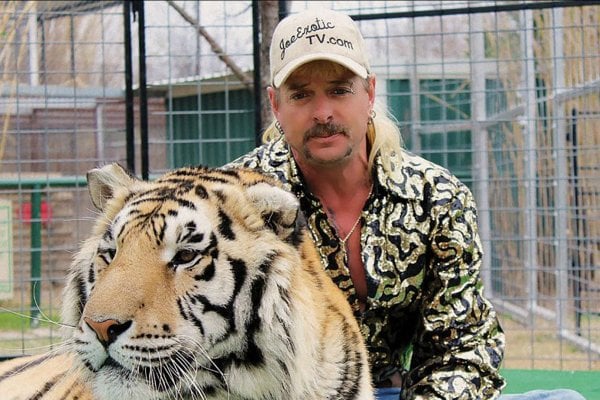 Look - I've put it high up in this article because to not do so would just be... wrong.

It really did seem like for a moment in time - as the world was falling apart, as we were confined to our homes and uncertain of the future - the only thing keeping us going was a mad American big cat owner with multiple husbands and a terribly unhealthy hatred of Carole f***ing Baskin.

For a while, Tiger King was pop culture. Nothing else mattered. There were memes, catchphrases and deep dive investigations, and every celebrities was jumping at the opportunity to star in an on-screen version.

If you are one of the 0.01 per cent yet to watch Tiger King, put it at the very top of your to-do list. Just don't start saying "hey all you cool cats and kittens" afterwards, or you'll give yourself away. 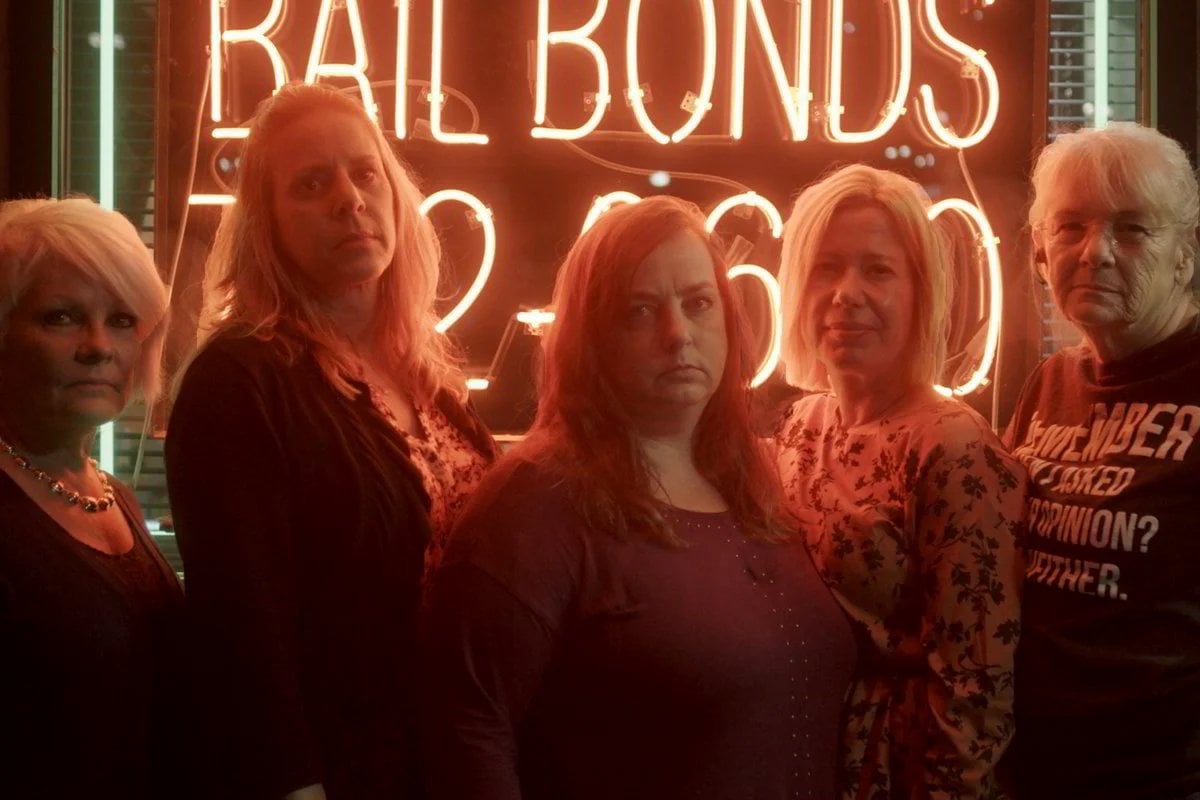 After Tiger King came Love Fraud. They're totally different, besides the fact watching them makes it feel like you're spinning around in a washing machine.

You are verbally asking 'Sorry, what just happened?' every two minutes, and just when you think you've got a handle on everything that has gone on, another twist comes out of nowhere.

Smith spent decades duping women, most in their 40s or 50s, out of their life savings along with their dignity and confidence.

The docuseries features unbelievable crime, a dossier in the form of a blog, a bounty hunter and in at least one case, bigamy, as the women victimised by Smith work to take him down.

The Rise of the Murdoch Dynasty. 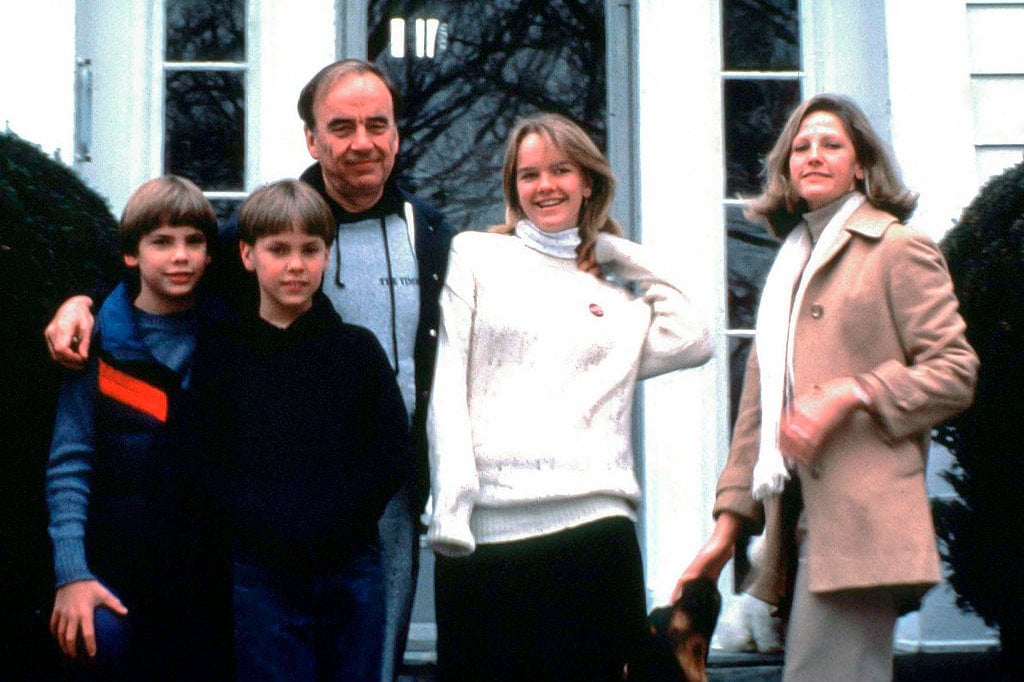 Everyone in Australia knows about the Murdoch family - but how much?

The Rise of the Murdoch Dynasty is available on ABC iview and made headlines around the world - except in News Corp publications, for some reason. ¯\_(ツ)_/¯

The four-part series shares the incredible story of Rupert Murdoch's influence on world events, including Brexit and the election of Donald Trump, the News of the World phone hacking scandal, and the behind-the-scenes family drama over who would succeed him.

It's fascinating and infuriating. 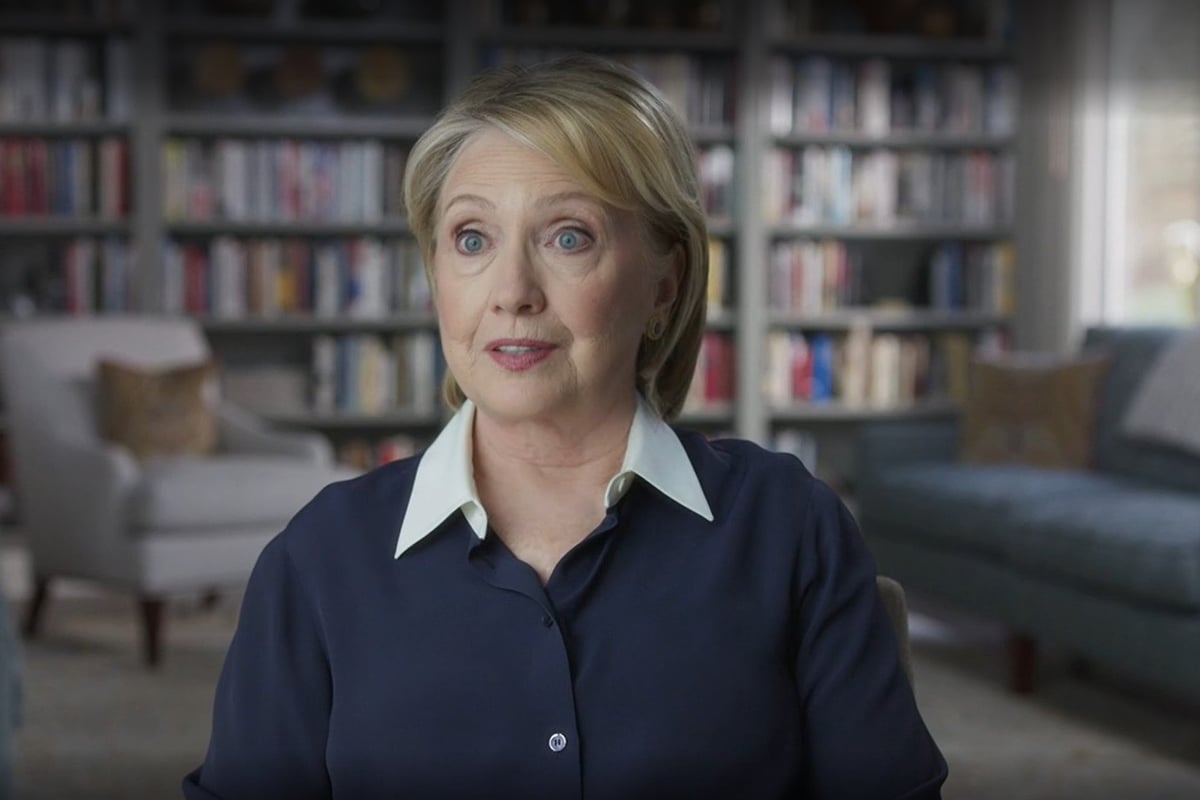 Famed director Nanette Burstein sat down with Hillary Clinton for a total of 35 hours, where no question was off-limits. The result? Four-part documentary series Hillary, available to view on SBS On Demand.

And most of all: Can a woman ever become President of the United States?. 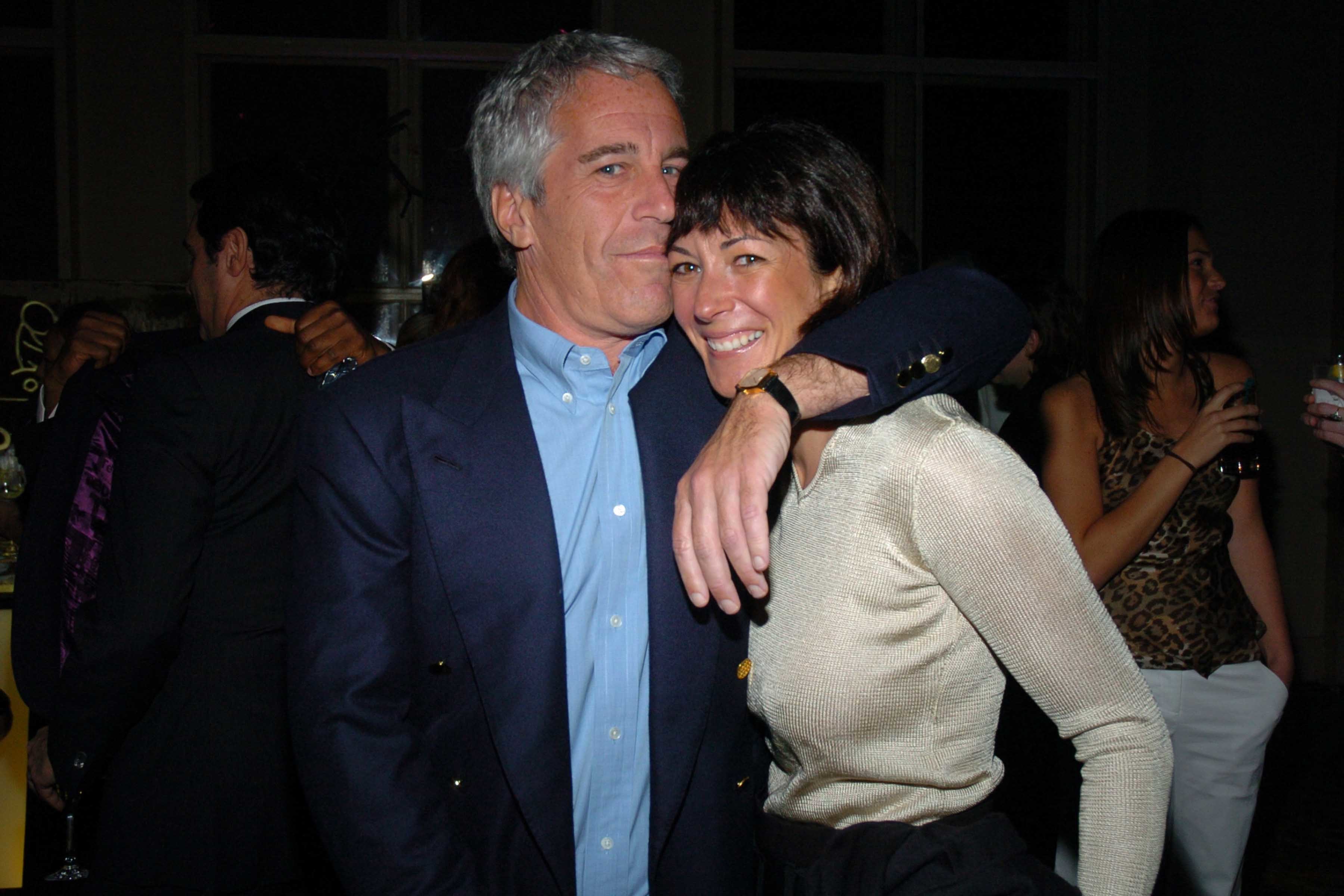 Jeffrey Epstein: Filthy Rich is Netflix's exposé of rapist-financier Epstein, who spent his life with friends in high places and evading accountability for his trafficking of minors.

Based on James Patterson's 2016 book of the same name, Filthy Rich explores how Epstein used his wealth and power to assault countless young girls, the nature of his career and his circle of influence.

There's very little new information in this series and it doesn't solve anything, but it puts a major focus on interviews with survivors, which is immeasurably important. 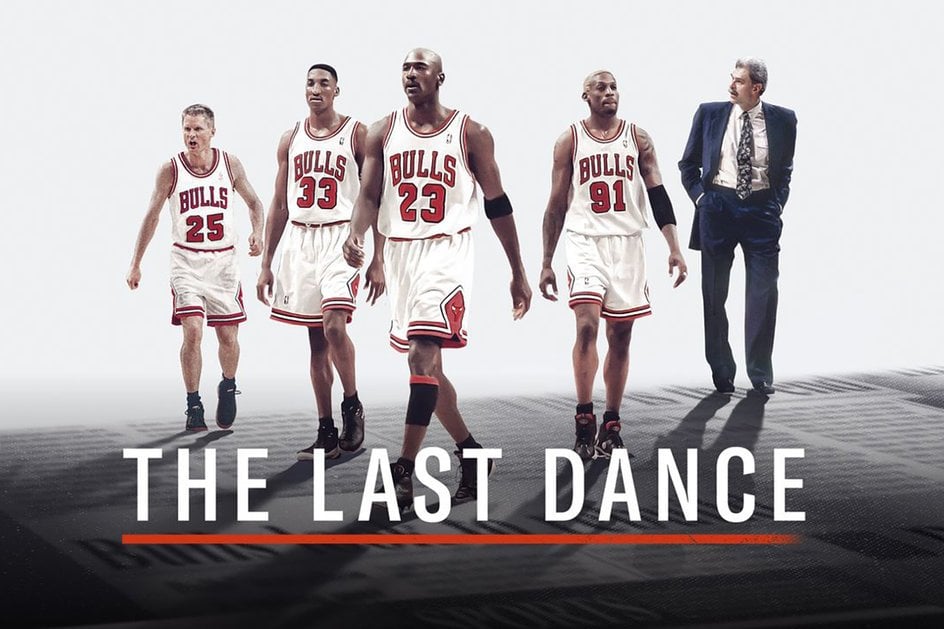 ESPN and Netflix teamed up for The Last Dance, an epic 10-episode docuseries revolving around the career of basketball legend Michael Jordan.

And I promise, as a woman who knows precisely nothing about the sport, you will find it fascinating.

It blends archival footage with over 90 interviews and is basically just... awe-inspiring. Get to it.

Killer Inside: The Mind of Aaron Hernandez. 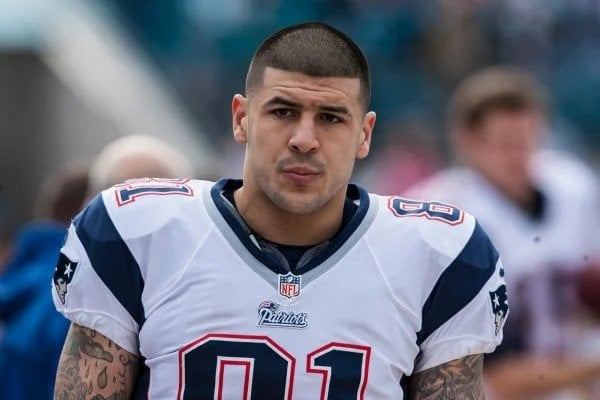 In his early twenties, Aaron Hernandez was a huge star in the NFL. The football player, who initially got his start in high school, landed a $40 million contract with the New England Patriots at just 22 years old.

But within just years of his professional football career kicking off, it all came crashing down when he was arrested and found guilty for the murder of Odin Lloyd, a 27-year-old football player who was dating Hernandez’s fiancé's sister.

Then on April 19, 2017, Hernandez was found dead in his prison cell at 27 years old. His death was ruled a suicide.

Netflix docuseries Killer Inside: The Mind of Aaron Hernandez focuses on the murder of Lloyd and the trial and conviction of Hernandez, and looks into several other crimes that Hernandez has been linked to. 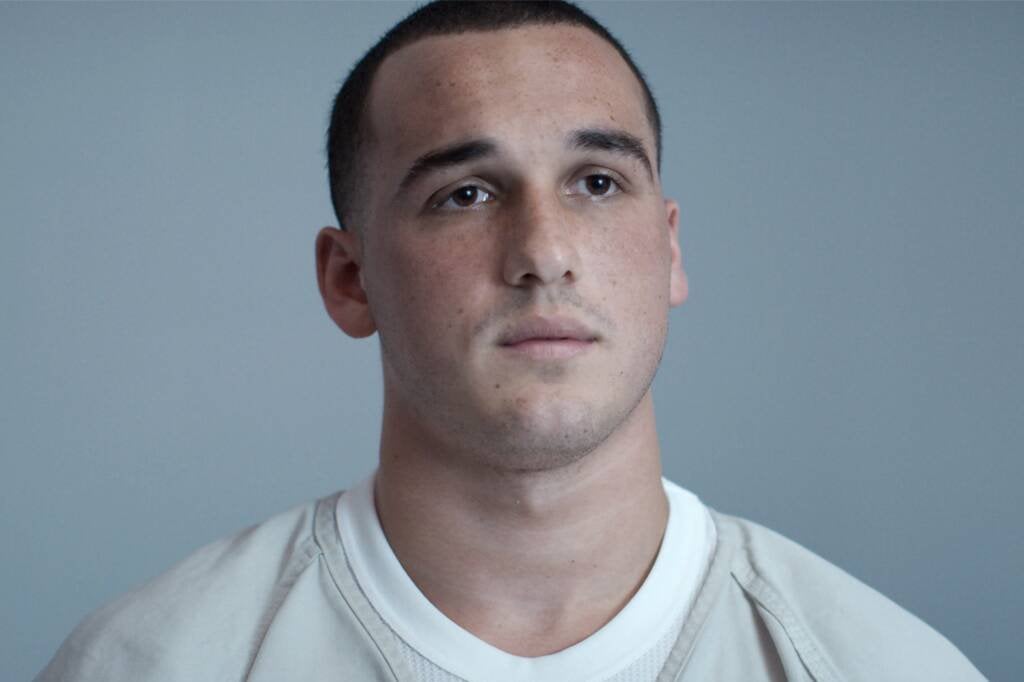 In July 2013, 17-year-old football player Greg Kelley was arrested over the sexual assault of a four-year-old boy. Kelley maintained his innocence, but was convicted of aggravated sexual assault of a child, and sentenced to 25 years in prison without possibility of parole.

But as Outcry shows over its five episodes filmed across three years, the case was actually far more complicated than it appeared.

The series follows the groundswell of support from Kelley's community, the alarming prosecution tactics, politics interfering in small-town justice and ultimately, a resolution to a very polarising case.

It's one of the best true crime shows of the year, and it's available on Stan.

Seduced: Inside the NXIVM Cult and The Vow. 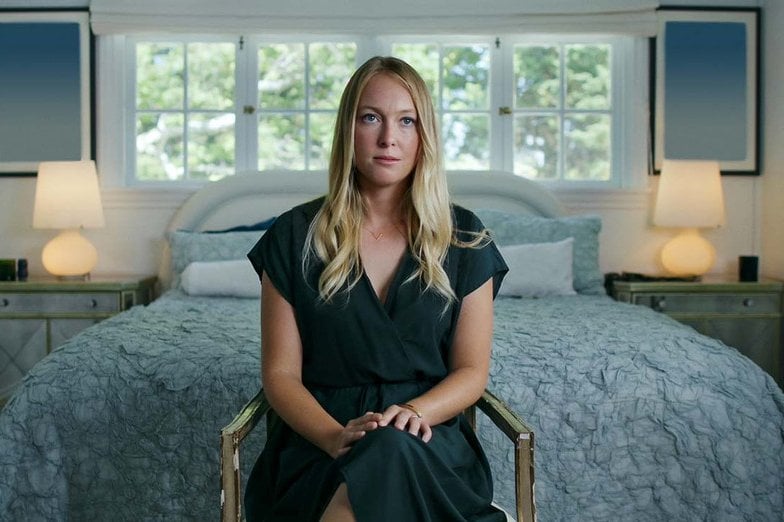 I've included these two together as they both cover the same topic: the NXIVM cult.

Seduced: Inside the NXIVM Cult, on Stan, follows India Oxenberg - daughter of Dynasty star Catherine Oxenberg - as she grapples to make sense of her experience within NXIVM, a self-help organisation which turned out to be a cult. 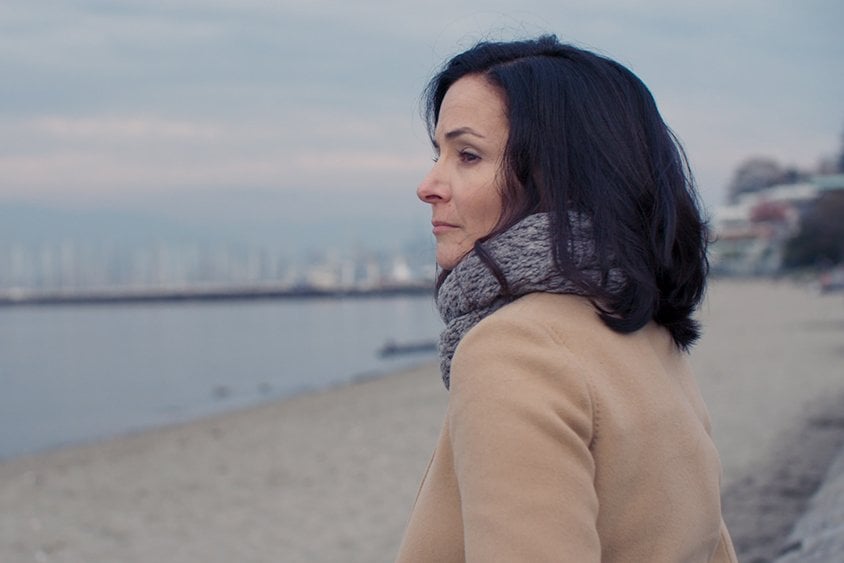 The Vow, on Foxtel, also takes a deep dive into the world of NXIVM, as former members Mark Vicente, Sarah Edmondson and Bonnie Piesse uncover what is actually going on at the organisation which described itself as a multi-level marketing company.

In early 2018, NXIVM's founder, Keith Raniere, and his associate, Smallville actress Allison Mack, were arrested and indicted on federal charges related to DOS, including sex trafficking.

Other accusations include a "secret sisterhood" within NXIVM, in which female members were allegedly forced into sexual slavery, branded with the initials of Raniere and Mack, subjected to corporal punishment from their "masters", and required to provide nude photos or other potentially damaging information about themselves.