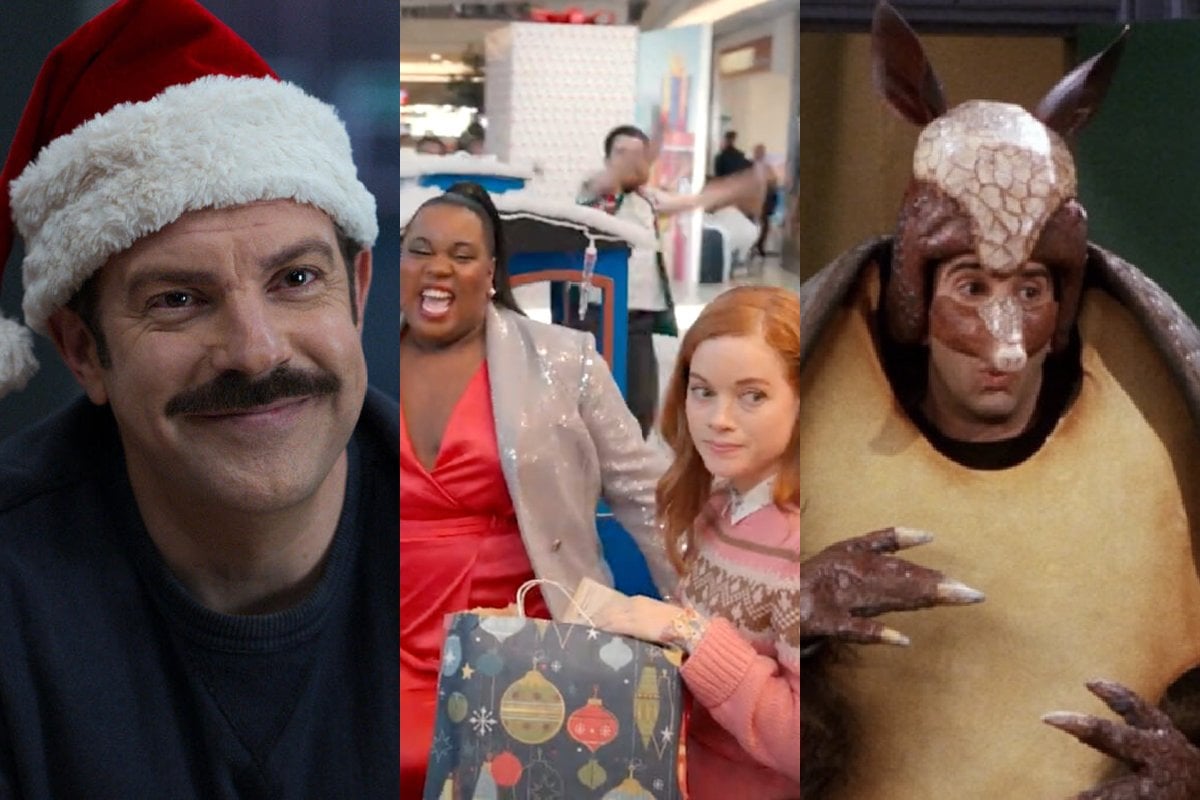 There comes a time during the holidays when you're hot, bothered, and full to the brim with ham.

And when that time comes, there really is nothing better than plonking yourself on the couch and putting on some festive TV.

By now, you’ve no doubt watched all your favourite Christmas movies. So it’s time to move on to binge-watching the holiday episodes of your favourite TV shows.

Things Aussies never say at Christmas, because peeling prawns is the simplest way to bring joy to any Australian… not. Post continues below video.

Here are the very best Christmas episodes to help you work through your food coma.

Friends, Season 7, Episode 10 – The One With The Holiday Armadillo (Netflix, Foxtel Now and Binge). 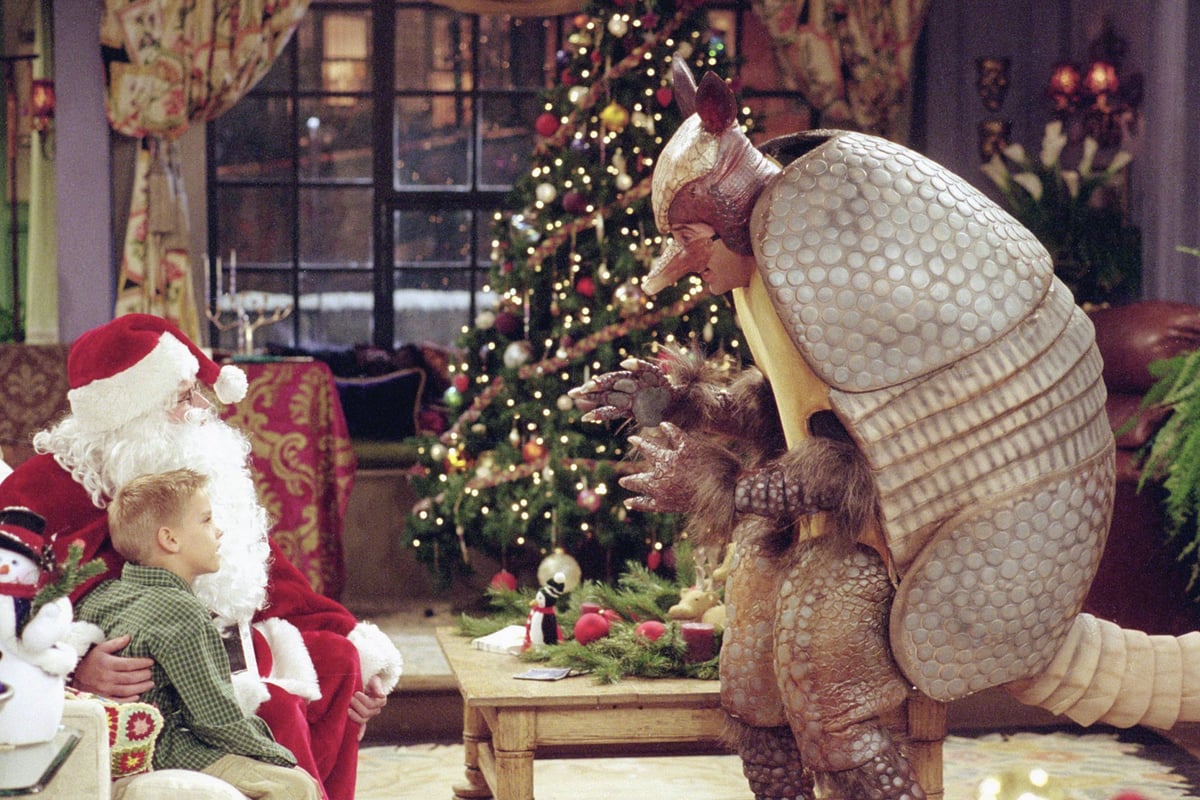 There are many Friends Christmas episodes to work through, but 'The One With The Holiday Armadillo' is the pick of the bunch, because... Ross, in an armadillo suit. Enough said.

If you're keen to binge them all, here's a list: 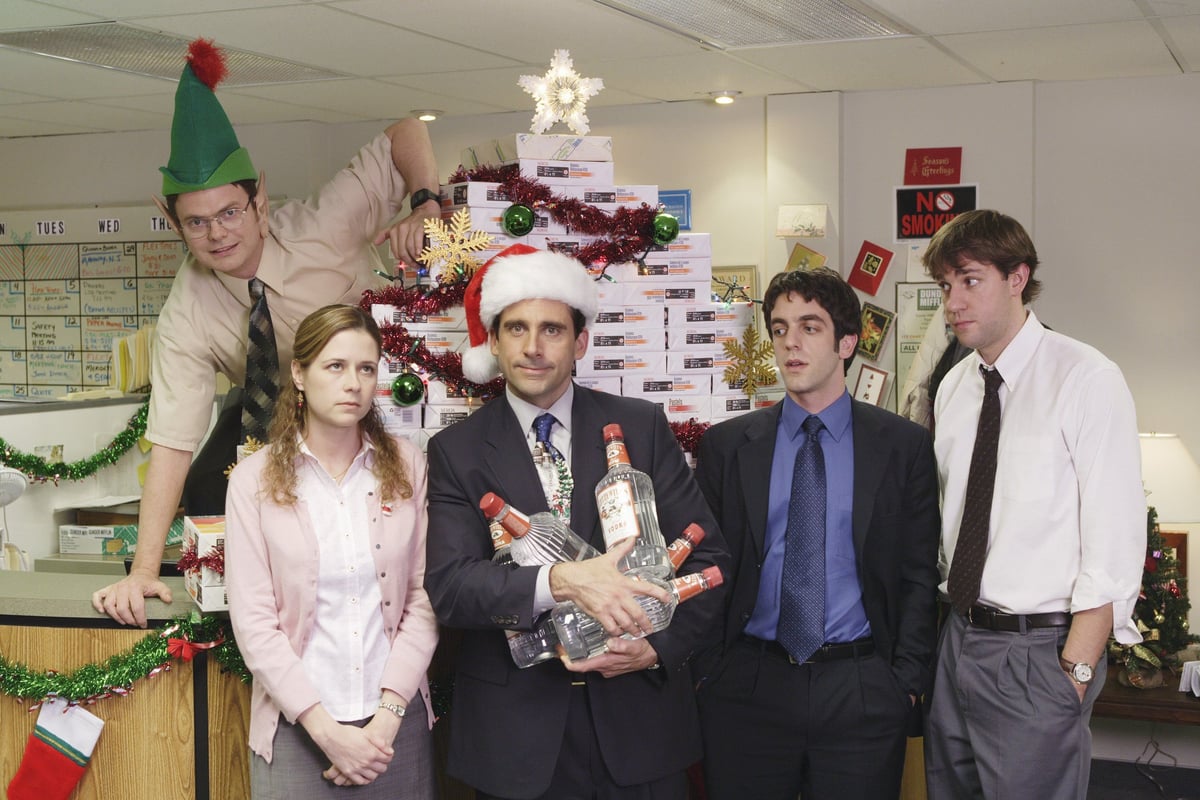 Again, there are enough Christmas episodes of The Office for a full-on binge watch.

Season two's Christmas Party and season three's A Benihana Christmas are perhaps the most iconic: Both hilarious, both peak-Office.

The whole lot are available on... almost every streaming service in the country. Convenient: 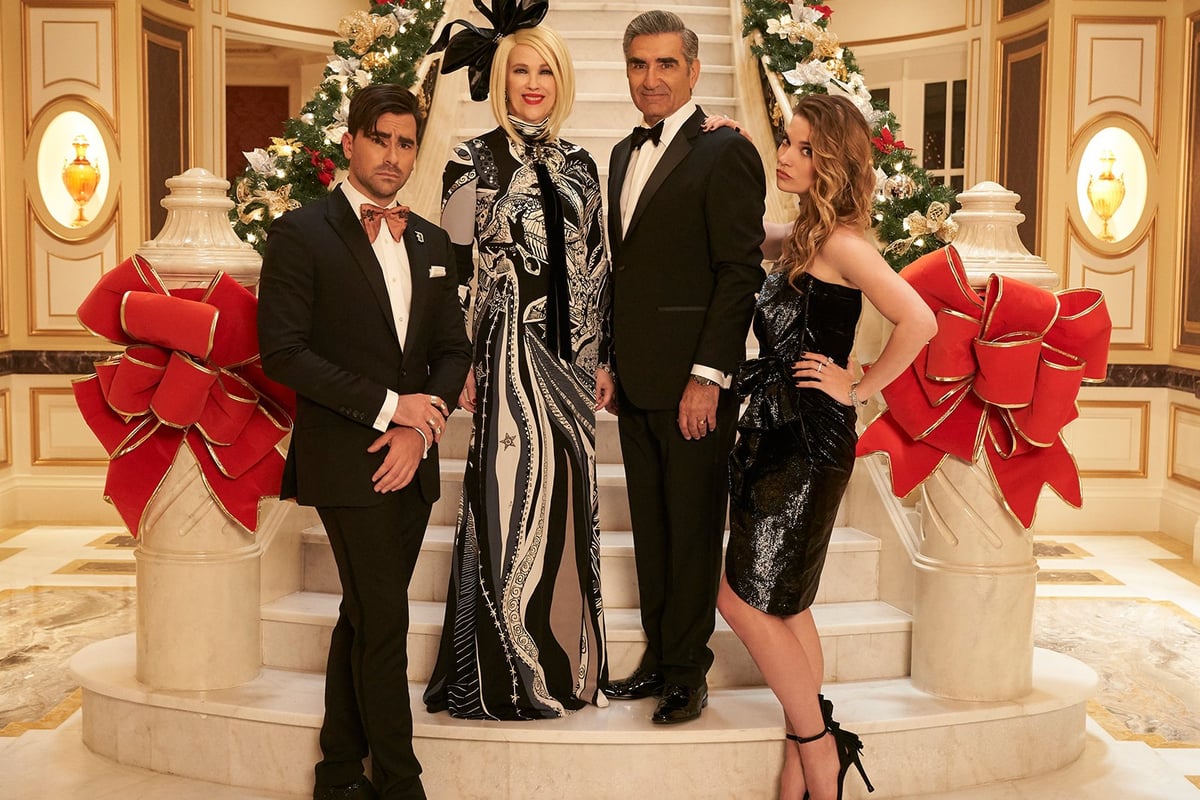 Do you also miss the Rose family??? Well, fear not.

Schitt's Creek's season four finale is a Christmas special, where Johnny reminisces on the extravagant holiday parties his family used to throw and attempts to throw another, on a much stricter budget this time around. 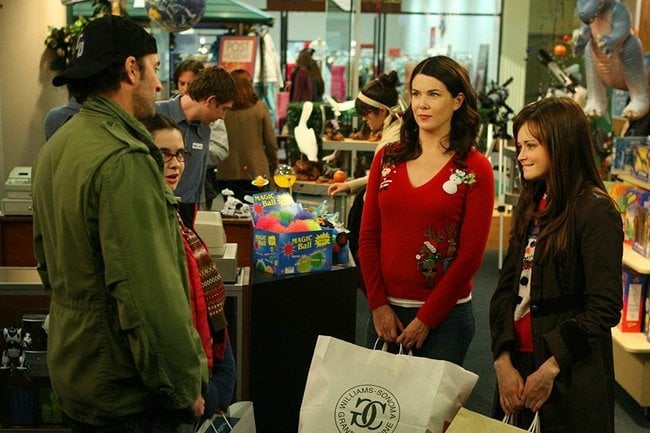 Weirdly, Christmas is only properly acknowledged in three of seven Gilmore Girls seasons, but season seven is where we really get to enjoy Christmas in Stars Hollow.

In Santa's Secret Stuff, Christmas Day has already been and gone but the Gilmore fam are determined to celebrate together, decorating the tree, going shopping and of course... engaging in a little bit of drama. 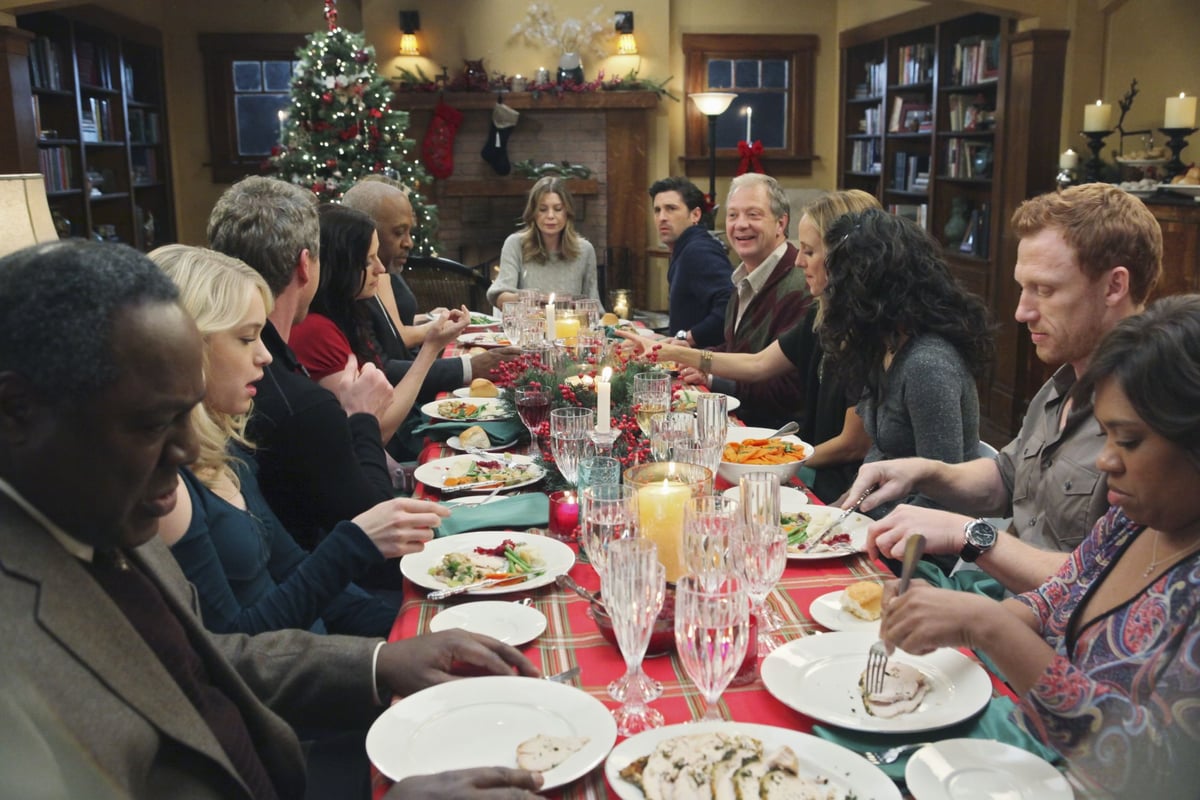 Grey's Anatomy is bloody iconic, but it never really had great Christmas episodes... Mainly because the drama of working at a hospital never really went away. Which is fair, because it's not like all the doctors can just shut the doors and head away on holiday.

The best of the bunch is 'Holidaze', which follows the cast over Thanksgiving, Christmas and New Year's, but Christmas takes centre stage.

Highlights include Bailey standing up to her dad who shames her for getting a divorce and the cast all gathering for dinner at Meredith and Derek's, where a Christmas sing-a-long goes down. 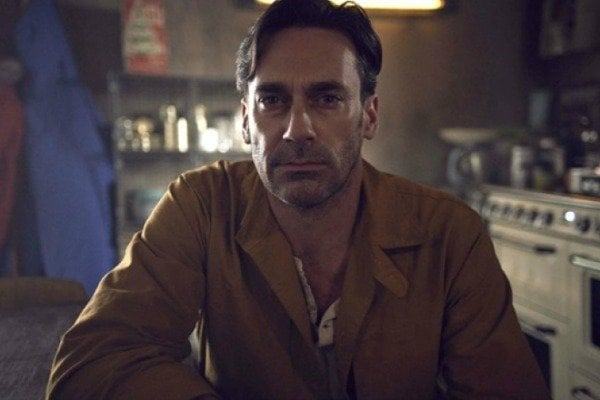 If you prefer your Christmas content a little less festive and a little more... tech paranoia, you'll need to put on Black Mirror.

This season two episode starts with two men, Matt (Jon Hamm) and Joe (Rafe Spall) stationed at a remote outpost in the middle of a snowy wilderness. As they tell each other about their respective lives to pass the time, the events form three mini-stories ultimately relating to the characters' current situation. And in typical Black Mirror fashion, there's a damn good twist. 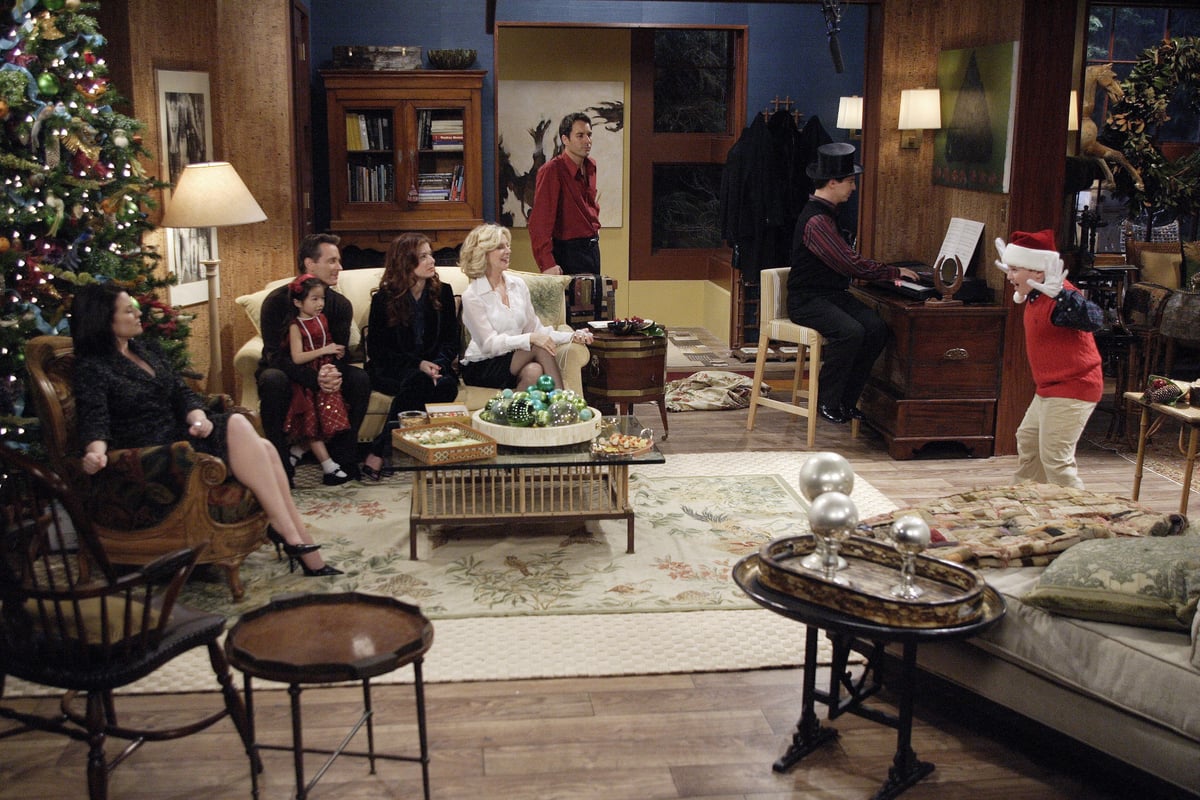 In 'A Little Christmas Queer', the cast spend the holidays at Will's mother's house with Will's brother Sam and his kids - including Will's clearly gay nine-year-old nephew, who wants to put on a Christmas show for the family.

Here are all the Will & Grace Christmas eps, if you want more Karen in your life (because of course, you do): 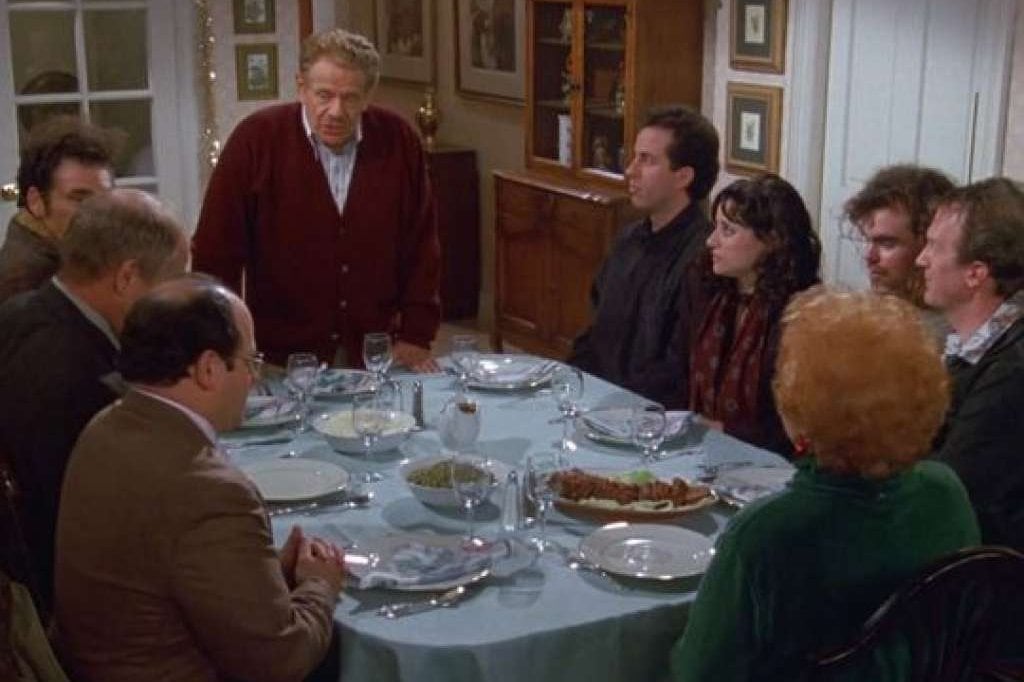 Seinfeld's 'The Strike', a.k.a the Festivus episode, introduced us to the made-up secular holiday of Festivus and is regularly ranked as one of the best Christmas specials ever.

In it, Kramer returns to work at H&H Bagels after a 12-year strike and tries to get the day off once he learns about the holiday of Festivus. His manager refuses, so Kramer protests by resuming his strike.

Plus, we'll take any opportunity to watch Elaine. Because Elaine is the best. It's the Clarke's first holiday together following the death of dad Mitch, and Zoey attempts to re-create the perfect Christmas. And obviously, there's lots of festive (and not festive!) musical numbers. 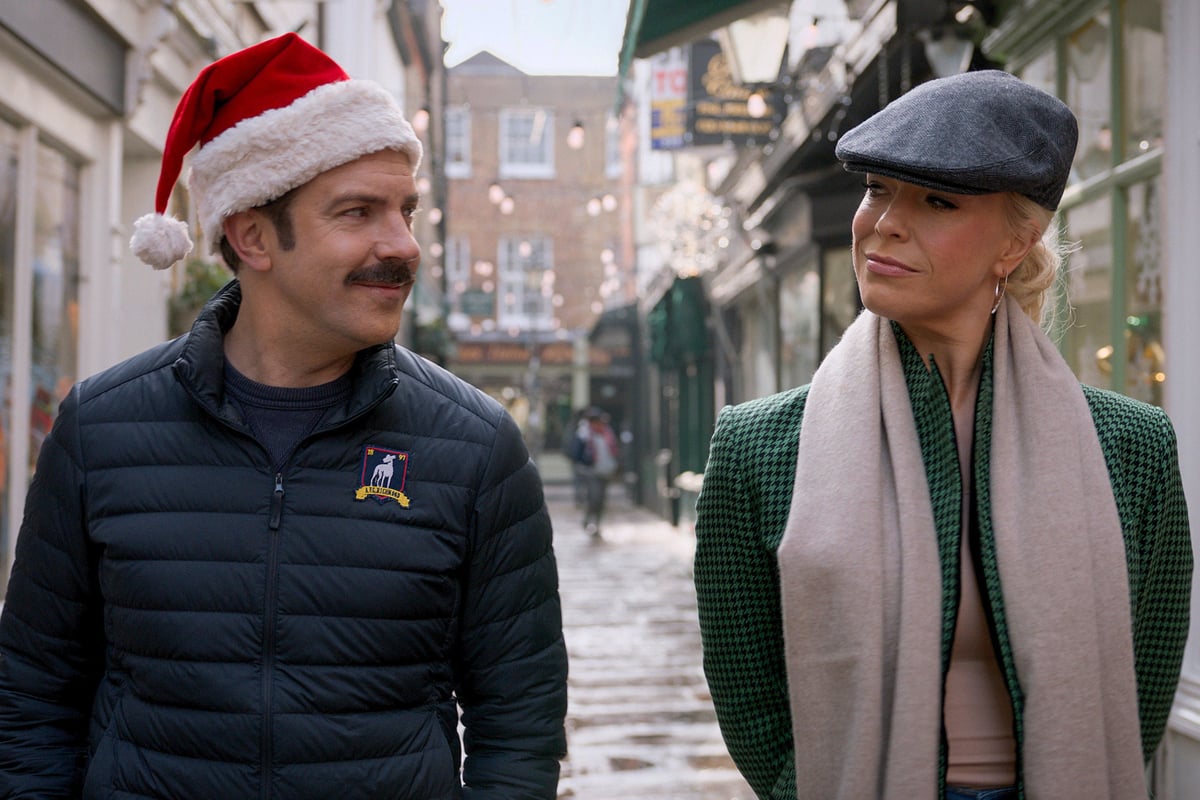 Yes, here is your excuse to re-watch Ted Lasso so soon after season two's wrap.

In 'Carol of the Bells', it's Christmas time in Richmond and Ted is having a hard time feeling the holiday spirit, until he gets a little help from his pals.

In true Ted Lasso fashion, the episode is incredibly wholesome and feel-good. Plus, Ted wears a Santa hat and there is a Love Actually moment featuring Roy Kent. What more could you want? 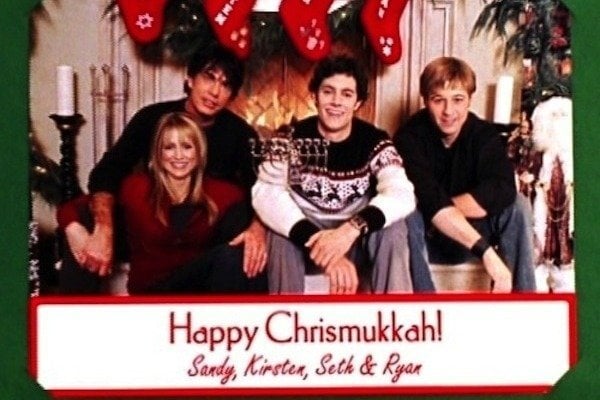 It would be remiss not to include The O.C. in this list, seeing as it introduced us to the wonderful holiday of Chrismukkah.

Season one's 'The Best Chrismukkah Ever' is filled with holiday cheer as Seth teaches the spirit of Chrismukkah to Ryan, and Anna and Summer compete for Seth's affection with their best gifts.

Plus, the Chrismukkah celebrations continue throughout the series in:

What's your favourite TV Christmas episode? Let us know in a comment.

This article was originally published on December 25, 2019 and has been updated.