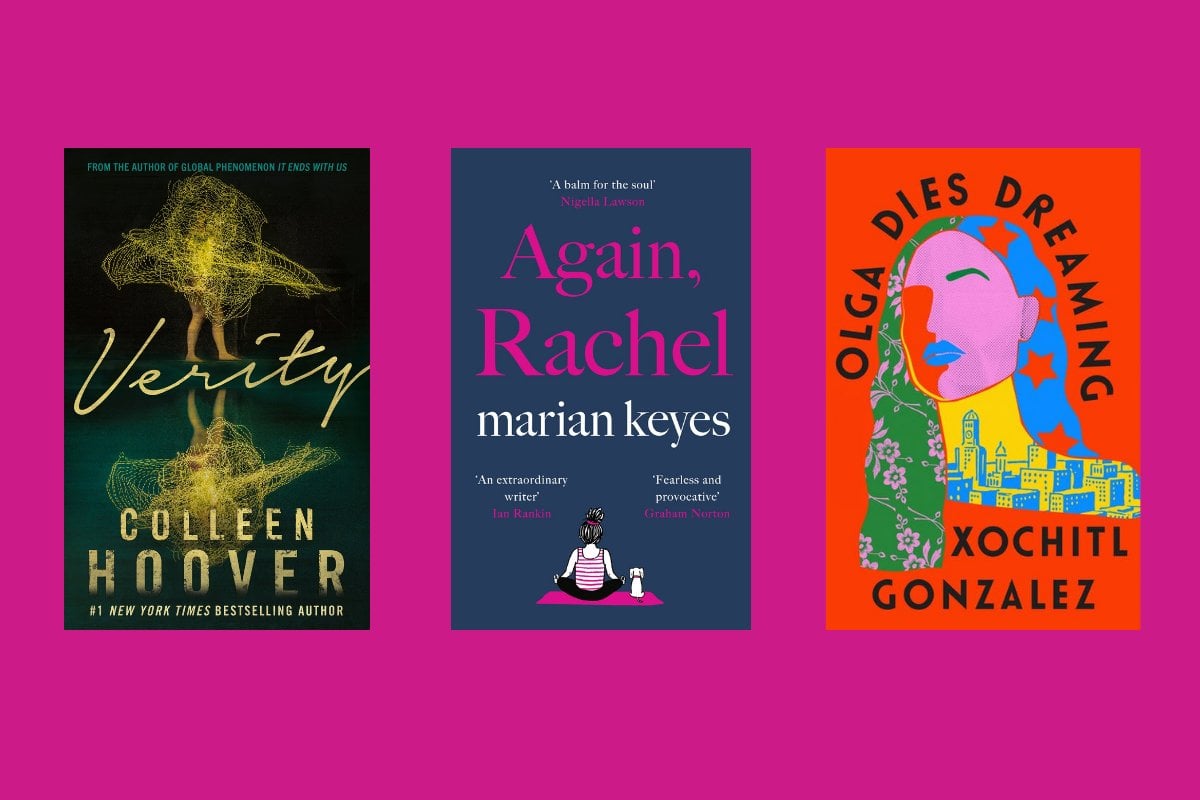 Occasionally you read a book that sticks with you.

That happened to me when I read Marian Keyes' novel Rachel's Holiday in the late 1990s. The book made me feel seen and I've often thought about Rachel and the Walsh family since.

And now, over two decades later, I get to revisit Rachel and her family in the much anticipated sequel Again, Rachel, which comes out in Australia on February 15.

Earlier this week, Colleen Hoover's international bestseller Verity was released in Australia and it's already keeping people up at night. And some brave folks are already making their way through To Paradise, A Little Life author Hanya Yanagihara's latest epic novel.

Here are the seven books everyone will be reading in February: 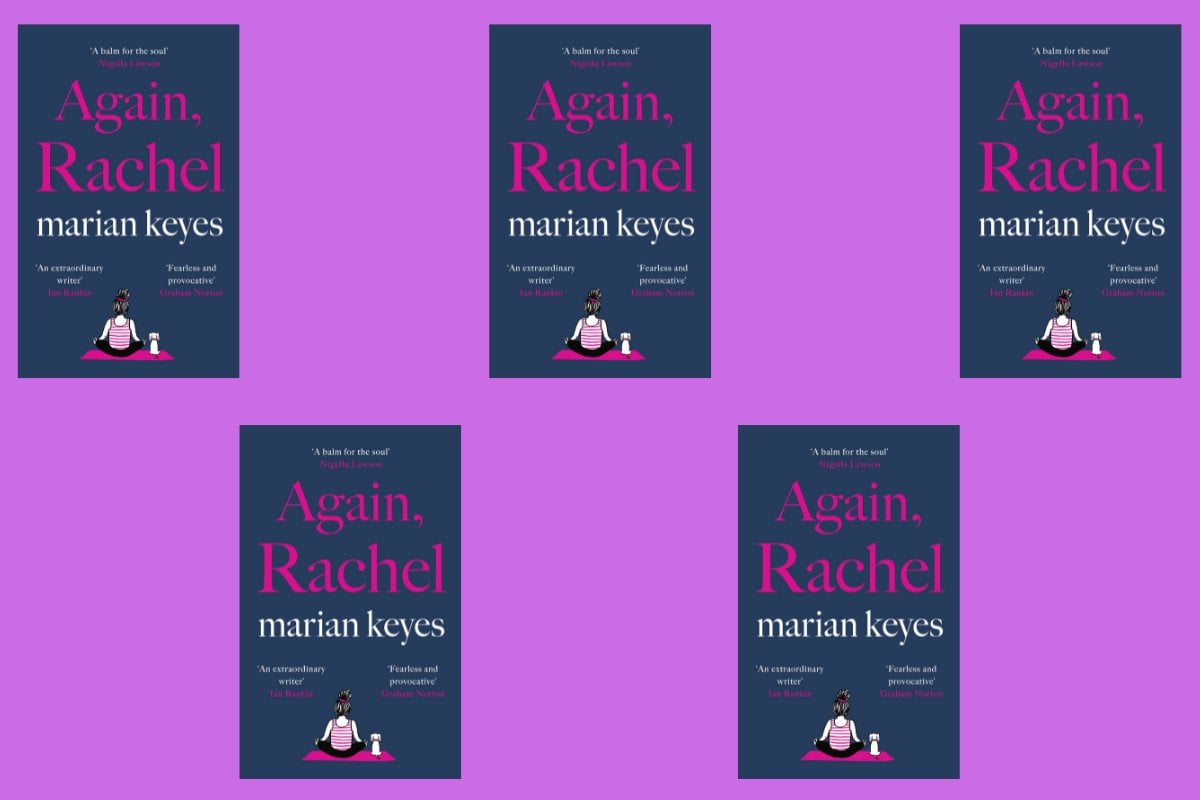 It's hard to sum up the impact Marian Keyes' books had on me when I was in my late teens/early 20s.

They made me laugh and cry. They reminded me that everyone has their own demons. And they made me feel less alone.

Rachel's Holiday was one of my absolute favourites. The novel follows the story of 27-year-old Rachel Walsh, whose family has admitted her to Cloisters — Dublin’s answer to the Betty Ford Clinic.

During her time at Cloisters, Rachel has to face some hard truths about herself and learns that it's never too late to start over.

In Again, Rachel, Keyes revisits Rachel, who is now in her 50s. She's happily married with kids, works as an addiction counsellor and even... gardens.

She's the poster girl for getting your sh*t together.

But with the sudden reappearance of a man she once loved, Rachel's life wobbles. Maybe she's not as settled as she thought? And maybe it's time for her to rethink things.

Again, Rachel comes out on February 15, but you can pre-order it now.

To Paradise by Hanya Yanagihara 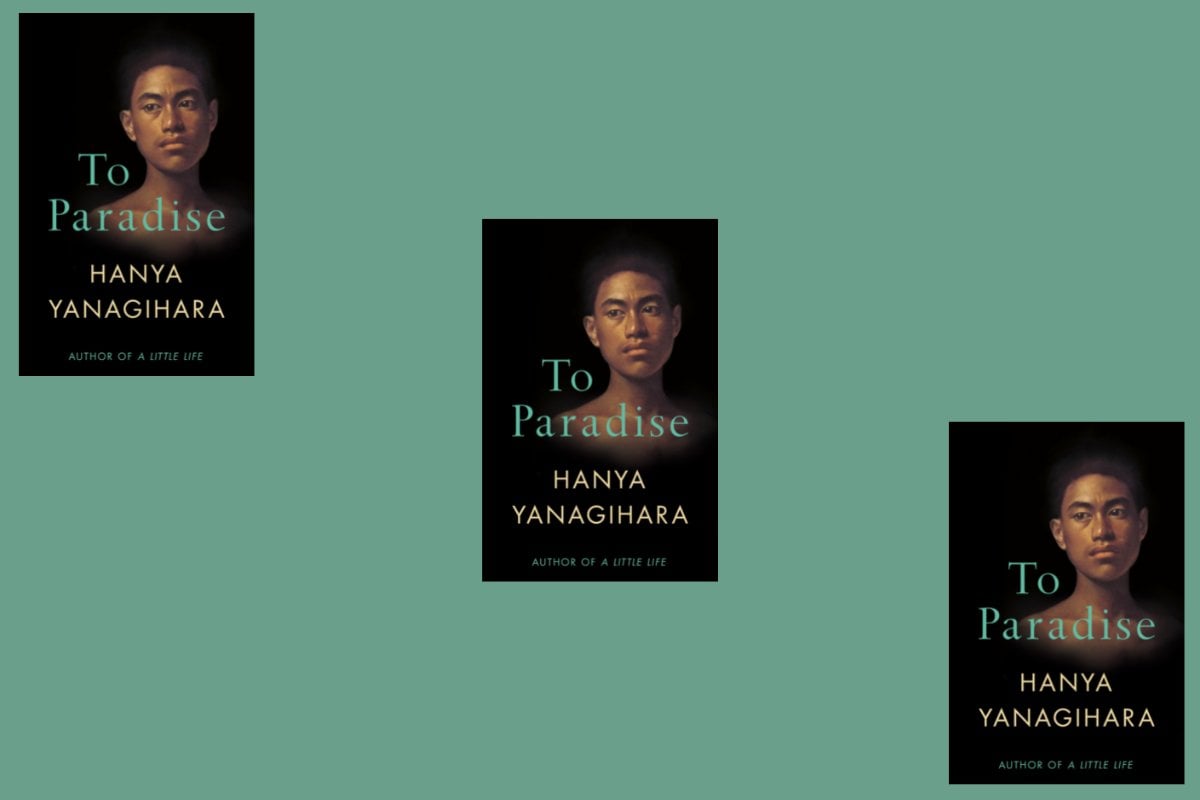 While most of us have been recovering from the brilliantly brutal experience of reading A Little Life, Hanya Yanagihara has been busy writing another epic novel that's guaranteed to emotionally destroy us.

To Paradise spans three centuries and follows the story of three sets of people living in the same house.

The novel begins in an alternate version of 1893 America, in which New York is part of the Free States, where people may live and love whomever they please (or so it seems).

It then moves to 1993 version of Manhattan, which is besieged by the AIDS epidemic. This part of the book follows a young Hawaiian man who lives with his much older, wealthier partner, and who is hiding his troubled childhood and the fate of his father.

And finally, Yanagihara takes us to 2093, and a world ravaged by plagues and governed by totalitarian rule. This part of the novel follows a powerful scientist's damaged granddaughter who tries to navigate life without him, and solve the mystery of her husband's disappearances.

To Paradise is a harrowing novel about love, family, loss, and the elusive promise of utopia. 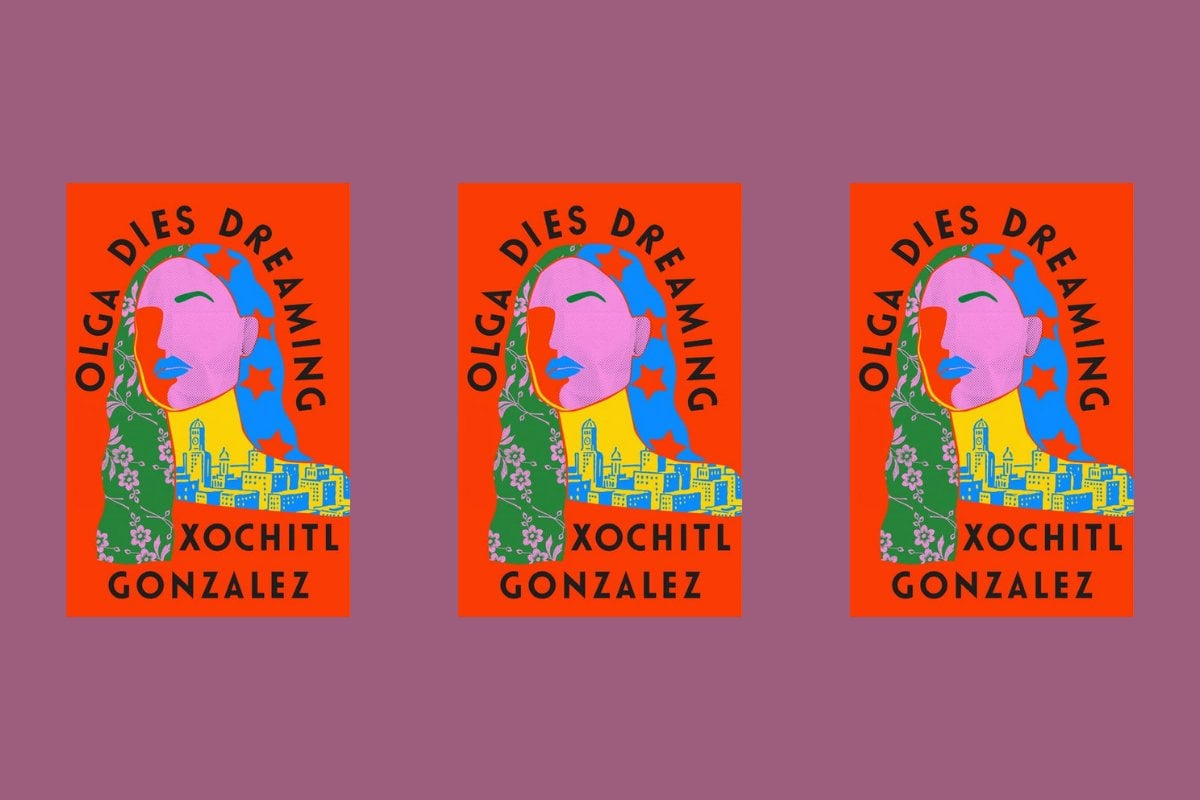 It's 2017, and Olga and her brother, Pedro 'Prieto' Acevedo, are a New York success story. Prieto is a popular congressman representing their gentrifying, Latinx neighbourhood in Brooklyn, while Olga plans the weddings of Manhattan's power brokers.

Then Olga meets a man named Matteo, and she's finally forced to face her family's secret past.

Twenty-seven years ago, their mother, Blanca, a Young Lord-turned-radical, abandoned her children to advance a militant political cause, leaving them to be raised by their grandmother. Now, with the winds of hurricane season, Blanca has come barreling back into their lives.

Olga Dies Dreaming is a novel about family secrets, political upheaval and the very notion of the American dream.

Burnt Out By Victoria Brookman 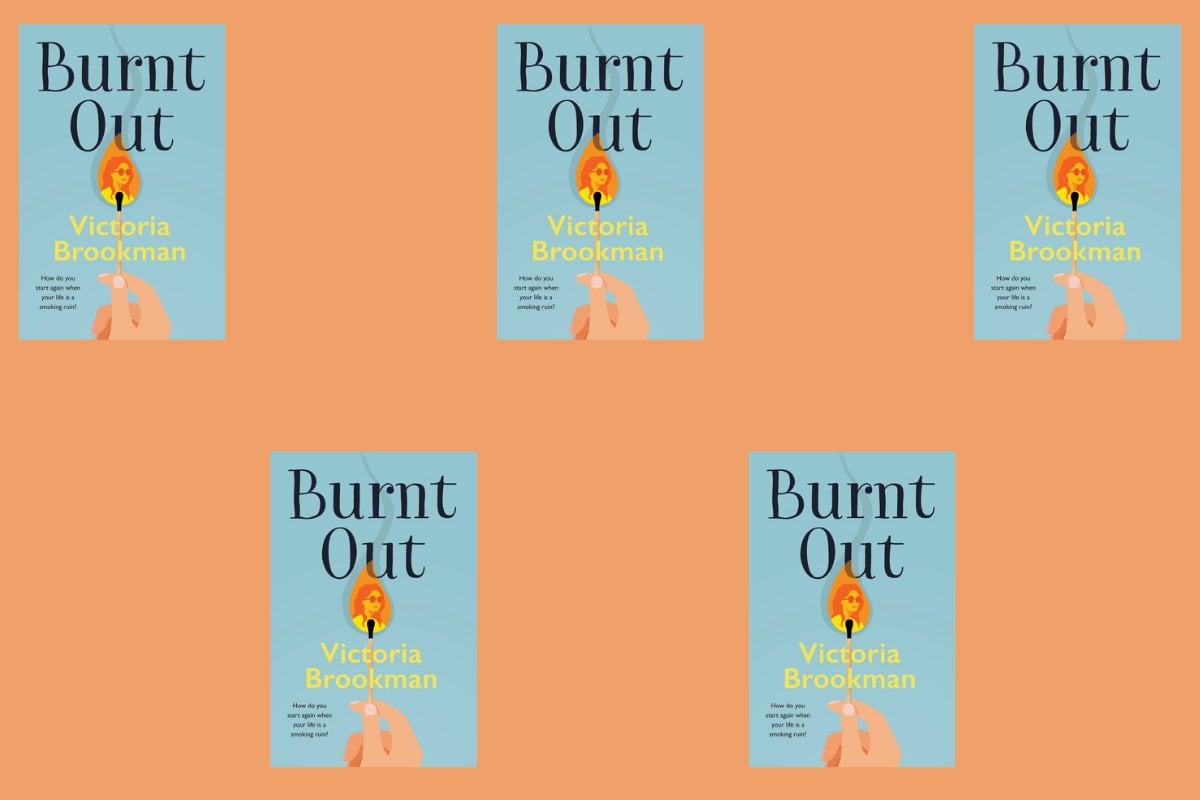 Burnt Out is the book we all need to read right now.

Calida Lyons is having a very bad week. She's past her deadline for her second book, her husband has just left her, and her Blue Mountains community is being threatened by bushfires.

After the fire incinerates everything she owns, Calida delivers a blistering monologue on the news, asking the nation's rich to do something.

It goes viral and soon Calida becomes the latest celebrity face of the climate change movement.

But not everything is quite what it seems. 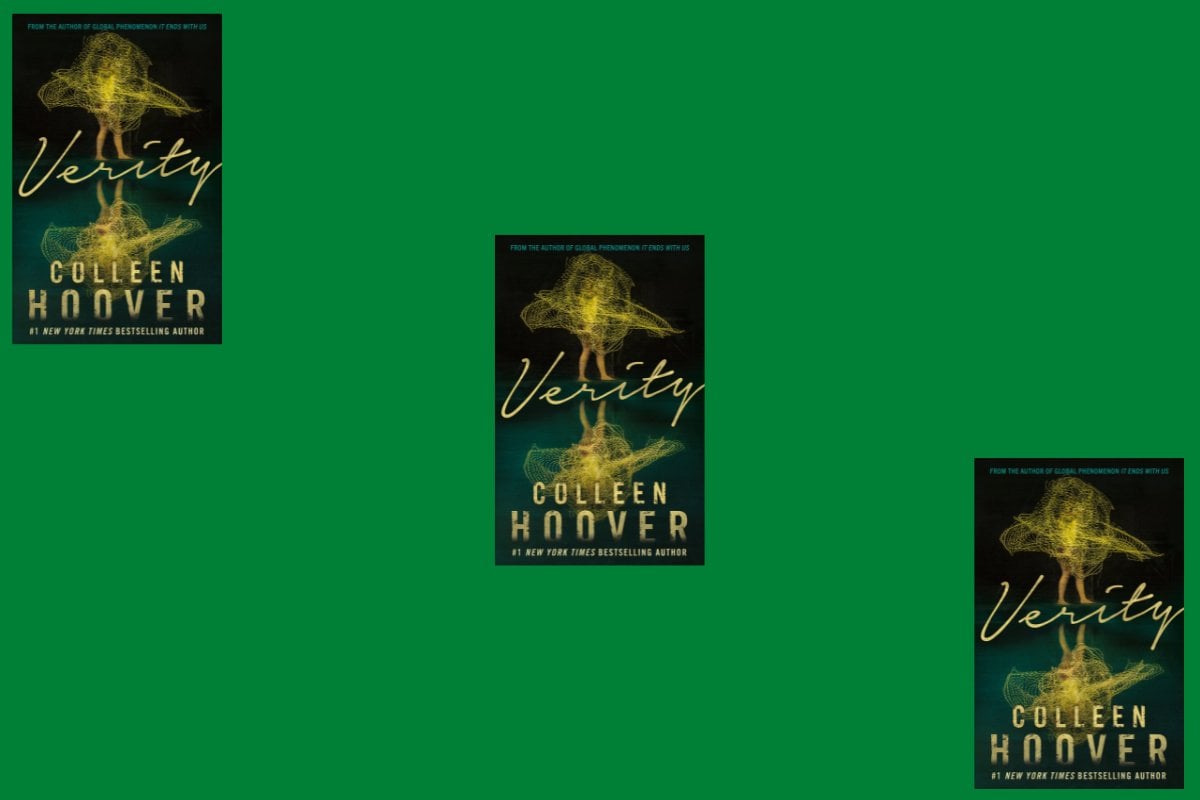 Verity is the kind of book you'll pick up and not be able to put down until you've read the final sentence.

It follows the story of Lowen Ashleigh, a struggling writer who is on the brink of financial ruin when she accepts the opportunity of a lifetime. Jeremy Crawford, husband of bestselling author Verity Crawford, has hired Lowen to complete the remaining books in a successful series his injured wife is unable to finish.

After Lowen arrives at the Crawford home to go through Verity's research notes, she discovers a manuscript that Verity never intended for anyone to read.

As she gets closer and closer to Jeremy, Lowen struggles to decide whether she should tell Jeremy who his wife really is.

Verity is a thoroughly enjoyable thriller, packed full of plot twists and 'gasp out loud' moments.

Joan Is Okay by Weike Wang 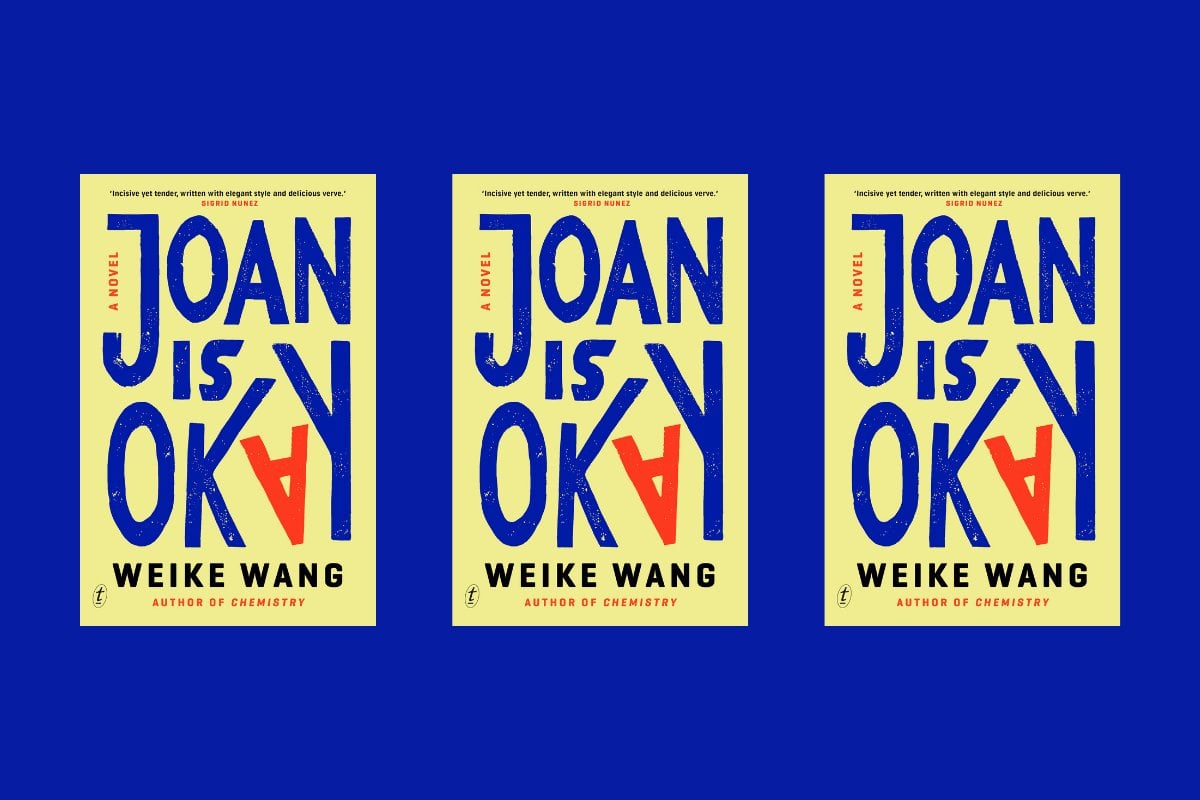 Joan, a thirty-something ICU doctor at a busy New York City hospital, is relieved when her parents move back to China for their retirement.

She loves her job and only occasionally questions whether this is all there is.

But when her father suddenly dies, a series of events sends Joan spiralling out of her comfort zone, forcing her to consider her life anew.

Joan Is Okay is a brilliantly funny and powerful story about a woman who will surprise everyone, even herself.

The Very Last List Of Vivian Walker by Megan Albany 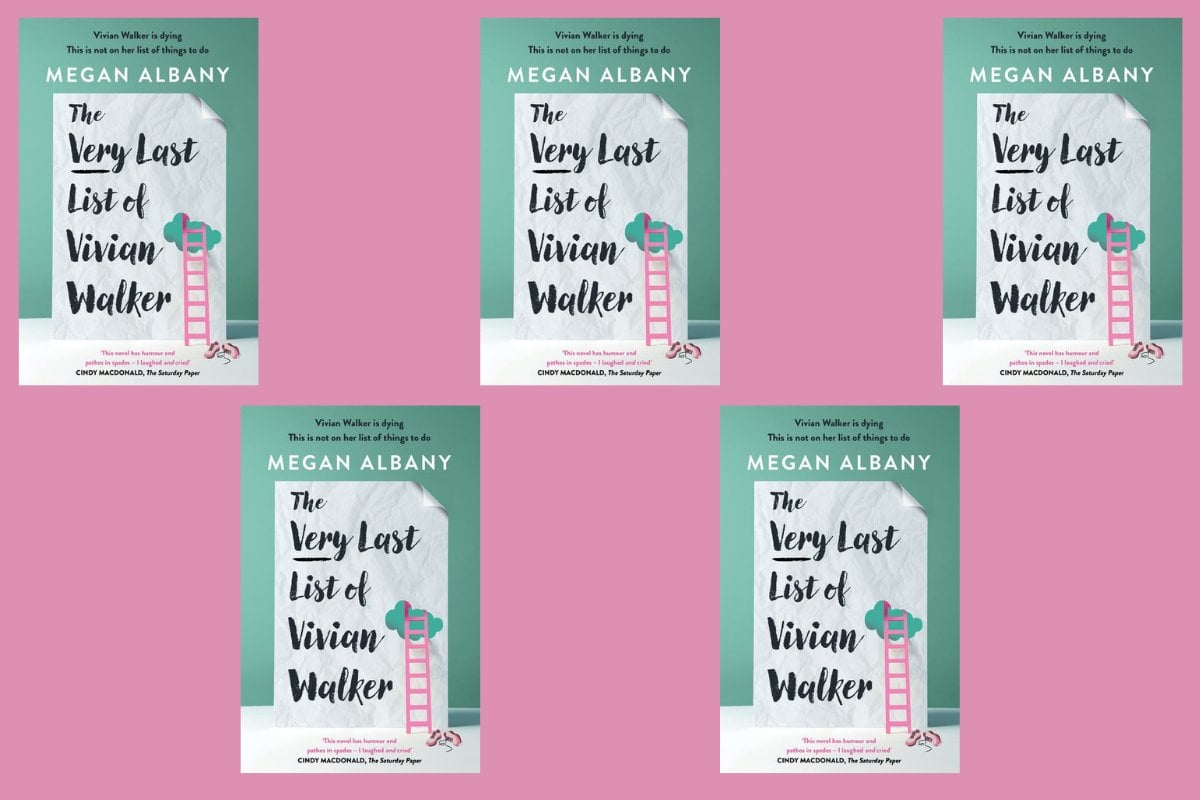 In preparation for D-day, Vivian has made a list of essential things to do, such as decluttering the playroom and preparing her taxes. She doesn't expect to become spiritually enlightened or have any outlandish last-minute successes. All she wants is to finish her unfinished business.

As her final days unfold, Viv realises her life has become a love letter to the mundane, but she still manages to keep her dry sense of humour and cynical take on life intact.

The Very Last List of Vivian Walker will make you laugh, cry and realise that even the most ordinary life is full of extraordinary moments.