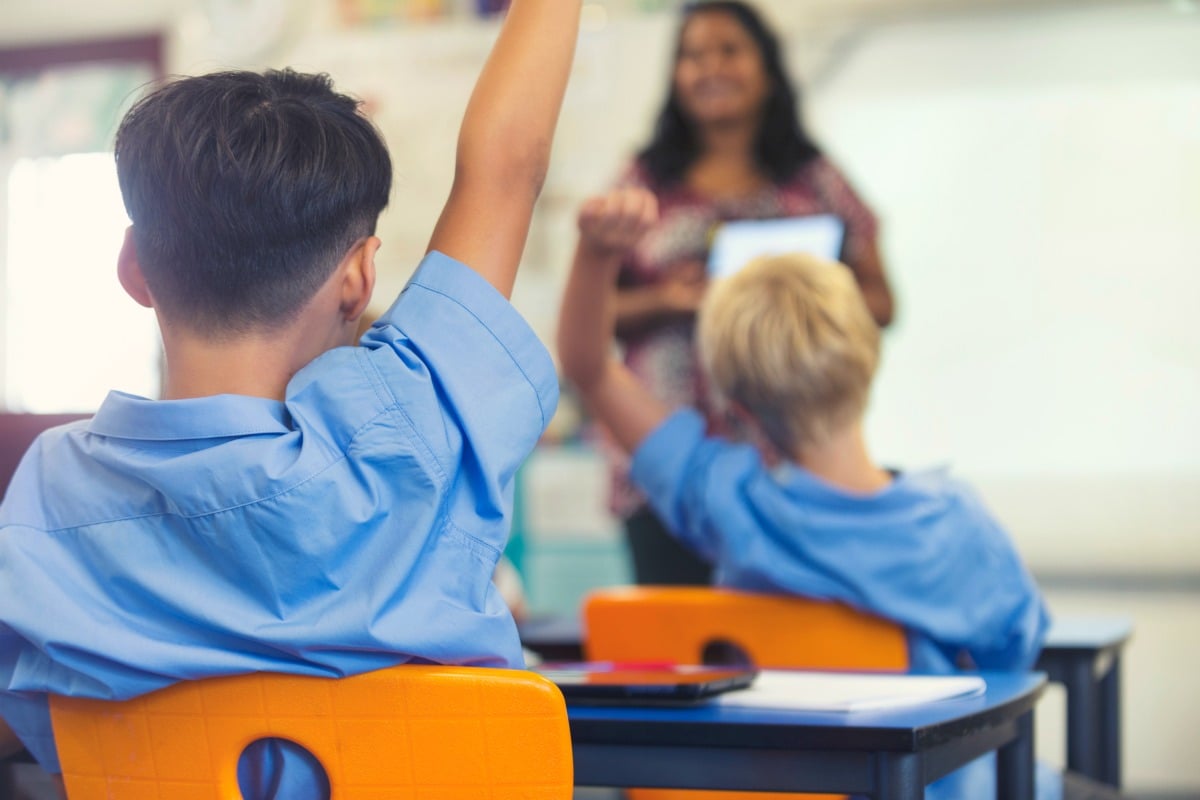 It’s a decision that so many parents agonise over. Should they start their child at school as soon as they’re old enough, or hold them back as long as they can?

This is a huge issue in states like NSW, where children born between January and July can start school when they’re as young as four and a half, or wait one more year.

There are two types of parents when it comes to school shopping. Post continues after video.

Well, the latest research has come down firmly on the side of waiting. A study of more than 100,000 children, led by the University of NSW, has found that almost half of all parents of January-July kids are choosing to hold them back. And, in general, these kids are more likely to thrive at school.

“In general, the older kids were more developed, which means they’re more likely to hit the ground running in terms of learning in the classroom environment,” study director Dr Kathleen Falster tells Mamamia. “But there is going to be variation between kids.”

The study looked at how children in their first year of school scored in five areas, ranging from emotional maturity to communication skills and general knowledge. These are the developmental skills that schoolkids need.

“We found that there were these small month-on-month differences in the likelihood that kids were school-ready,” Dr Falster explains. “So it means there’s not much difference between August- and September-born children, for example, but when you’re looking at over six months or more, then these differences just start to stack up.”

One thing the study found was that parents from more advantaged neighbourhoods of Sydney are more likely to hold their kids back.

But before everyone who held their kid back jumps up and down, yelling, “I knew it!” there are a couple of big “buts” to take into account. Firstly, these are general findings and don’t apply to all children. Parents need to make the decision that is right for their child. Dr Falster suggests checking with the child’s preschool teacher and the local school.

“Every parent knows their child best,” she adds.

Secondly, this study only looked at kids in their first year of school. Other studies have suggested that the gap between older and younger children closes after that first year. Dr Falster says the international evidence is “really mixed”.

“We would certainly like to follow up to see how this pans out in terms of academic outcome in the later years, to understand whether or not it really is important.”