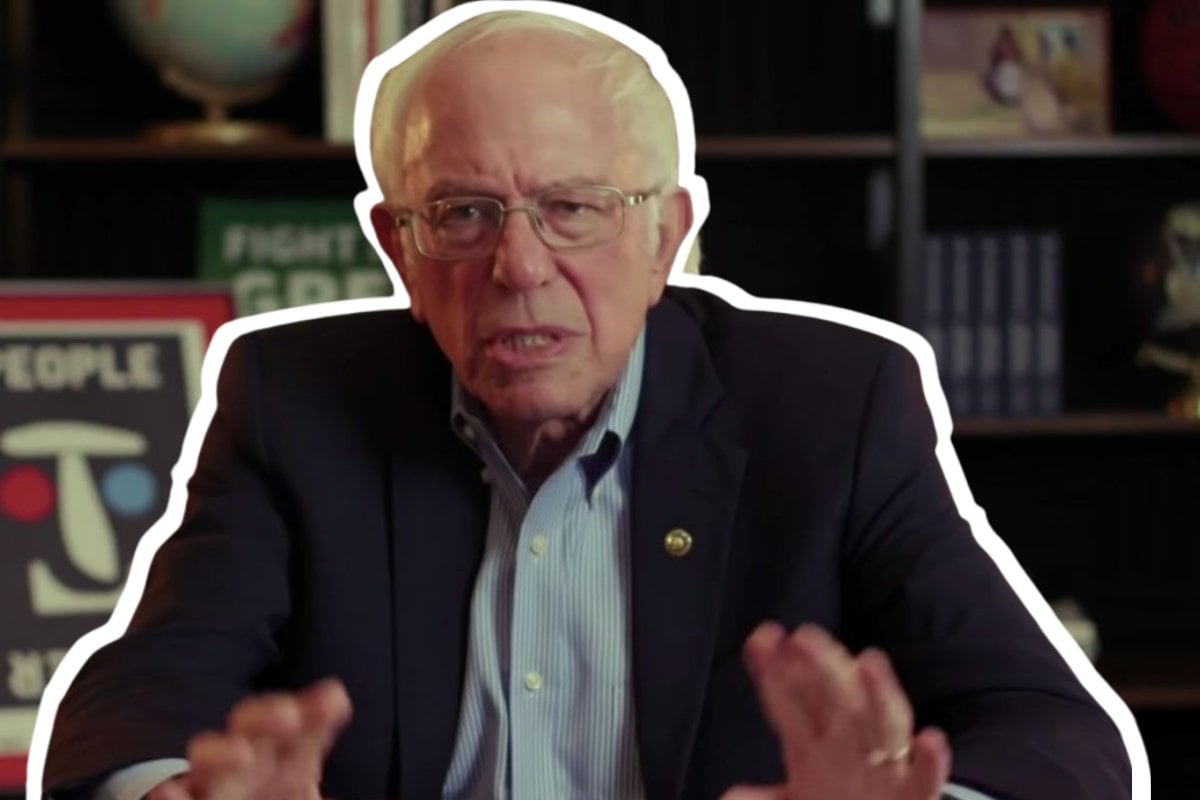 The current calamity happening in the United States is hard to believe.

The chaos. The uncertainty. The deep, deep partisan divide between the country's opposing sides.

But everything going on right now - including the Trump campaign's unfounded claims of fraud, the legal challenges and the 'blue wave' in the counted mail-in ballots - has been predicted.

By Bernie Sanders. More than a week ago.

On October 24, Sanders appeared on The Tonight Show Starring Jimmy Fallon, where he gave an interview about his fears of how election night could go. With election night done and dusted, Sanders' fears have come true.

"You're gonna have a situation – I suspect – in states like Pennsylvania, Michigan, Wisconsin, other states, where they are going to be receiving huge amounts of mail-in ballots," Sanders said.

"And unlike states like Florida or Vermont, they're not able, for bad reasons, to begin processing those ballots until – I don't know – election day, or maybe when the polls close.

"That means you're gonna have states dealing with perhaps millions of mail-in ballots."

Before election day, about 100 million Americans had already cast their votes early through in-person early voting and by mail. For perspective, the total number of votes cast in 2016 was 136 million.

Sanders' worry was in regard to the 'red mirage' this could create. The 'red mirage' refers to how the results expected to come in, looking rosy for Trump early in the night thanks to in-person numbers, before flipping to Biden once early votes are counted. In many important states, these votes could not be counted before election day.

man... he called it WORD for WORD. pic.twitter.com/9uBn1Sm8xa

"There is my worry," Sanders told Fallon.

"It is likely that the first votes that will be counted will be those people who came in on election day, which will be Republican."

Yep, so far, so very accurate.

"And here is the feat – and I hope everybody hears that – it could well be that at 10 o'clock on election night, Trump is winning in Michigan, he's winning in Pennsylvania, he's winning in Wisconsin, and he gets on the television and says: 'Thank you, Americans, for re-electing me! It's all over, have a good day!'" Sanders said.

"But then the next day, and the day following, all of those mail-in ballots start getting counted, and it turns out that Biden has won those states.

"At which point Trump says, 'See? I told you the whole thing was fraudulent, I told you those mail-in ballots were crooked, and we're not gonna leave office'. So that is a worry that I and a lot of people have." 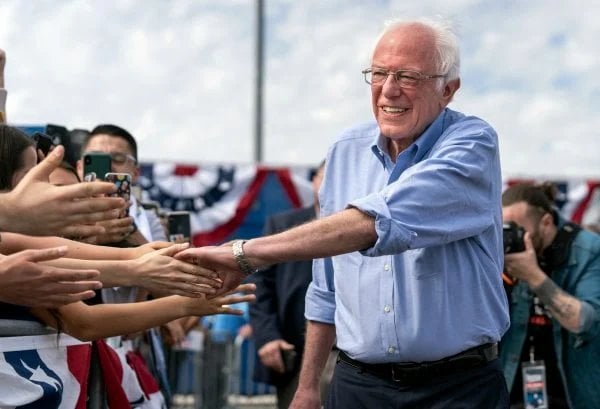 This is eerily close to what happened on election night, where Trump declared victory before all the vote had come in.

"This is a fraud on the American public," he said.

"Frankly we did win this election.

"So we'll be going to the U.S. Supreme Court. We want all voting to stop."

Trump has been casting doubt on the validity of mail-in ballots for months, despite the FBI debunking his claims and the fact he, his family and many Trump insiders have cast their votes this way many times in the past.

With Universal Mail-In Voting (not Absentee Voting, which is good), 2020 will be the most INACCURATE & FRAUDULENT Election in history. It will be a great embarrassment to the USA. Delay the Election until people can properly, securely and safely vote???

In an August op-ed for the New York Times, political scientist Rick Hasen argued that delegitimising the election results may have been a long-time Trump strategy.

"We cannot count on Mr. Trump to speak responsibly about the fairness of the 2020 vote count," Hasen wrote.

"Indeed, he is one of the biggest threats to the integrity of the election."

Around the same time, University of Sydney lecturer in American Politics and Foreign Policy David Smith wrote about the same idea for The Conversation, and perfectly explained the situation we now find ourselves in.

"Some commentators fear Trump will declare victory based on early results, then claim the election is being stolen by 'fraudulent' mail ballots."

Politico wrote about the same scenario in April. MSNBC commentator Chris Hayes tweeted about this possibility in August.

Whether he's actually aware of it or not Trump's play here seems to be:

3) Fight against counting mail-in ballots bc they're fraudulent/tainted

At the time of writing, Trump is claiming to have won a number of swing states. His campaign has filed lawsuits in Pennsylvania, Michigan and Georgia, and is demanding a recount in Wisconsin.

Now, in this unprecedented moment, is the time to reaffirm our belief in democracy and to give states the time they need to count every ballot so that the will of the American people is heard. That's what this country is about and must always be about.

Even so, given the current situation, Biden appears to have the numbers for the required 270 Electoral College votes.

But how the next few days, weeks and months play out? Not even Bernie Sanders knows.