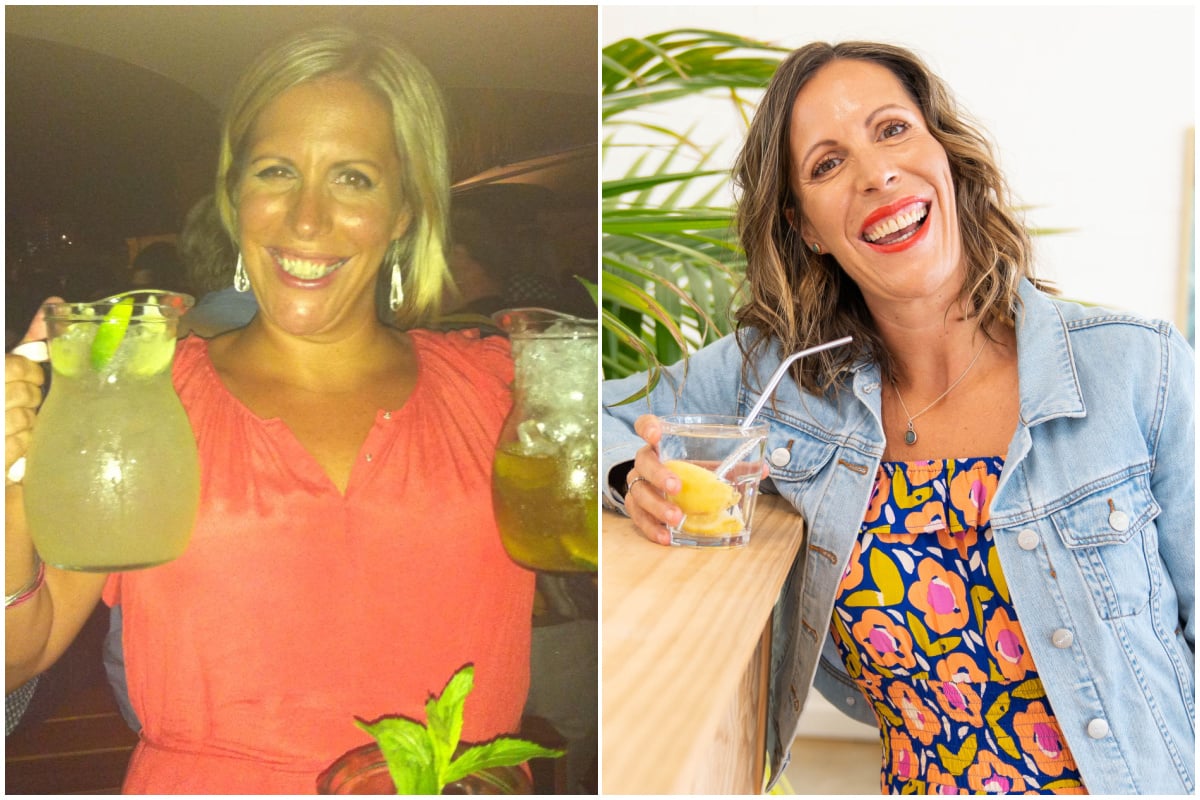 I was a big drinker from the first time I had my first sip of cider aged 15.

Back in the UK growing up in the 90s, it was standard to spend the weekend down at the local park, sharing bottles of cider or passing around soda stream bottles filled to the brim with whatever we’d been able to sneak out of our parents' drinks cabinet.

This carried on through uni and my first years moving to London and while pints and snakebites soon changed to cocktails and Bollinger, the desire to drink until I was drunk still stayed the same. In those days I was most definitely a binge drinker, drinking heavily when I did drink but rarely drinking at home or alone.

After having kids and moving to Australia, this changed. I was bored, lonely, fed up and I’d lost my identity. My high flying career had been replaced by baby rhyme time and grueling sleep schedules, and soon wine became my reward at the end of the day.

My ‘adult’ switch off time.

Watch: Your body one year without alcohol. Post continues below.

I didn’t really socialise any more with the big nights out of my 20s, so the days of the weekend binge drinking had been replaced by mid-week 5pm wine time and boozy lunchtime sessions.

By the time I hit my early 40s, I most definitely identified as a ‘grey area drinker’ and while I was presenting outwardly as high functioning and capable (running half marathons, director of a successful business, managing a family, busy social life), inside I was suffering with the impact alcohol was having on my self-esteem, anxiety, confidence and physical health.

It had reached the point where alcohol was starting to take so much more than it was giving. Every time I drank, whether it was two glasses or two bottles, I would sleep poorly, waking at 3am unable to get back to sleep. My hormones were completely out of balance with oestrogen so high it was off the charts. My hangovers had gone from being a bit of nausea and tiredness in my 20s and 30s, to severe anxiety, sometimes panic attacks, low mood and self loathing in my 40s. Weight gain, dull and grey skin, low motivation and an overarching feeling of ‘is this it?’ continued to niggle at me until I finally decided it was time to take a break from alcohol.

So in April 2017, I decided to take a month off to see how it made me feel. Little did I know this decision would be one of the most pivotal, life-changing moments I would ever experience. 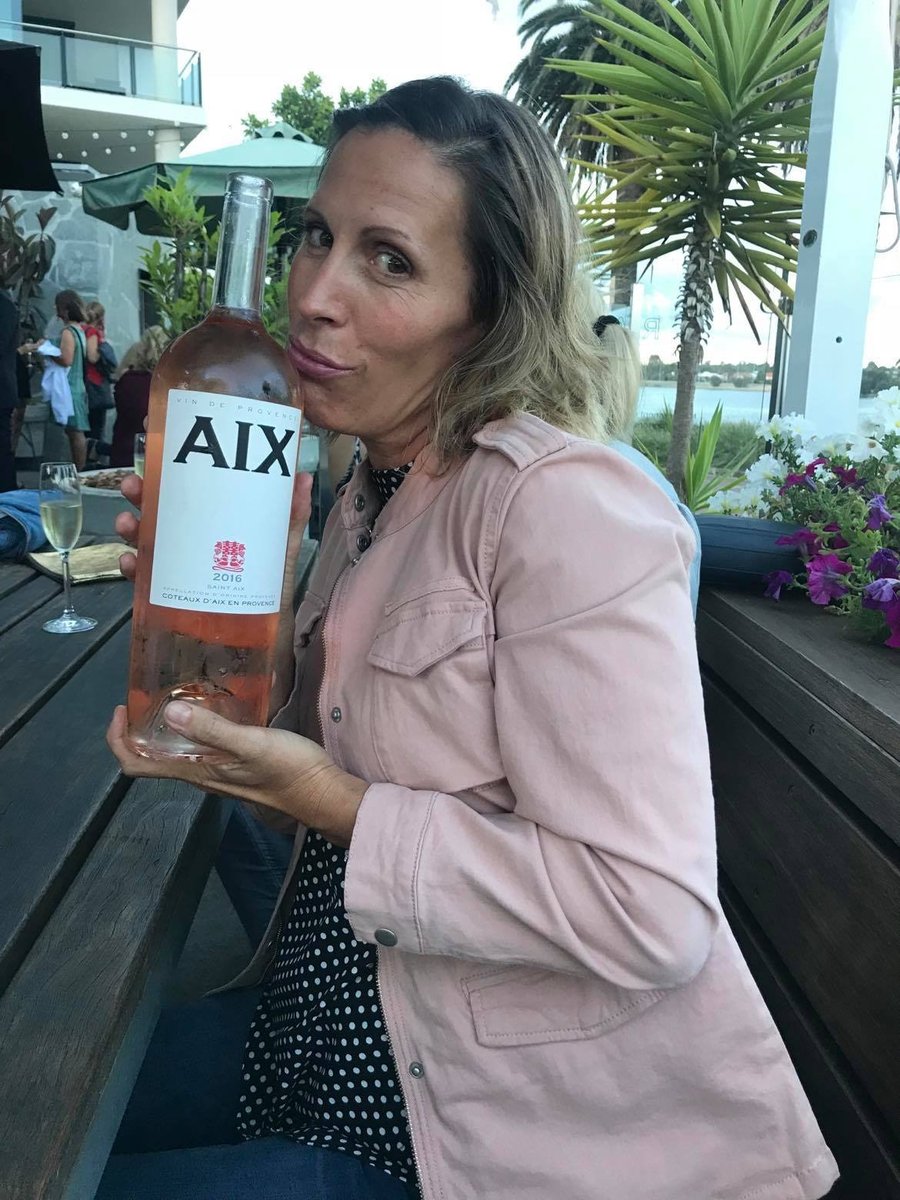 As my sleep dramatically improved, so too did my energy and motivation. I made better food choices because I wasn’t tired and hungover which then led to more energy to exercise. My performance at work dramatically improved as I was clear-headed and motivated every day, which led to a huge spike in new business and new clients signing up with me, meaning my pay checks got bigger.

My skin began to have a glow I’d never had before and my eyes got their sparkle back.

I noticed my confidence was slowly but surely increasing, the negative self talk wasn’t as apparent and my anxiety all but disappeared. Day to day I felt more positive, more connected to myself and my family and in all honesty, I just felt so much happier.

For the first time in 25 years I was getting a glimpse of who I was without booze. And I really liked her. The latest hormone check with my naturopath showed my oestrogen dominance had reduced and my hormones were almost balanced for the first time.

And the greatest gift? Time. I had so much precious time to do exactly as I wanted. Weekends would stretch out ahead of me with so much potential to fill as I wished. Late night cocktails with the girls became beach walks and brunches. Saturday afternoon boozy lunches were replaced with family time and connection and I felt the bond with my kids growing stronger day by day.

It felt like being let into the world’s biggest secret. I joined sober communities and made new friends and connections across the globe. It turned out there was this whole other world of people living their life without booze too and reaping all the benefits. I started to feel like I’d been given a second chance at life and I knew it was one I wanted to grab with both hands and never let go. 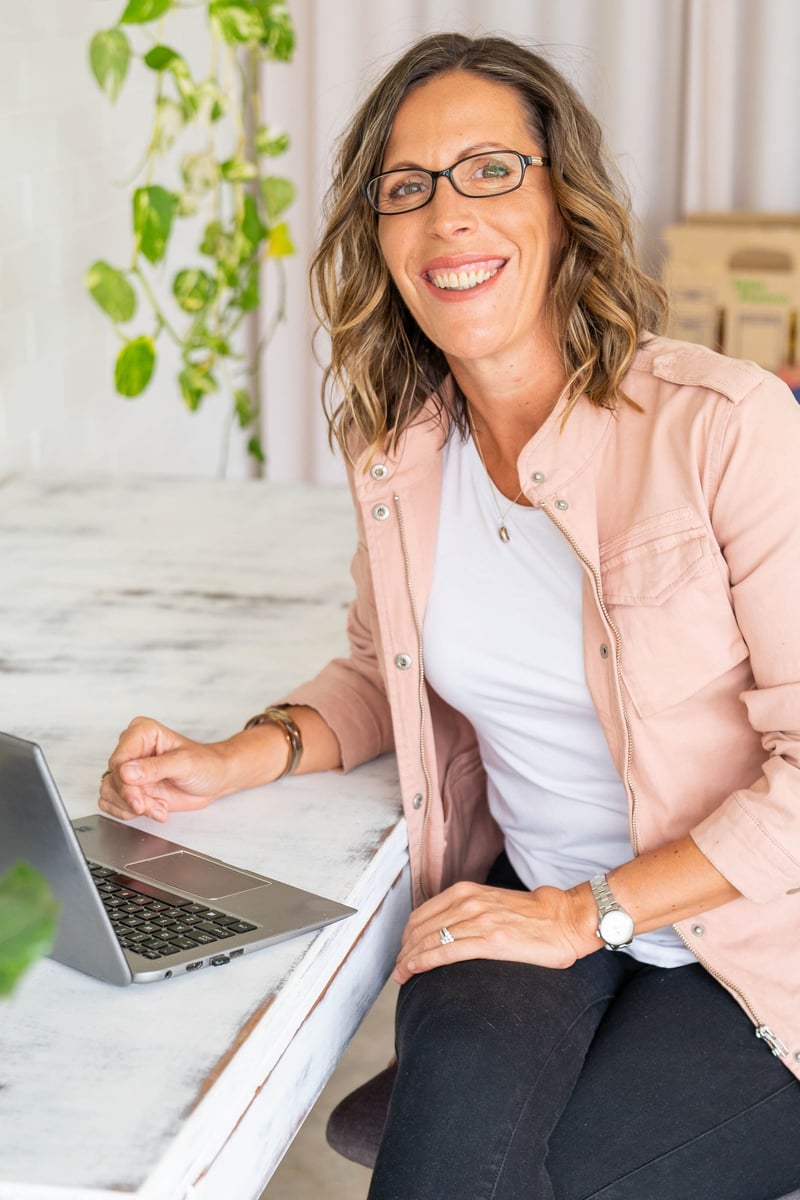 In 2020, I re-trained as a women’s health and wellness coach and then followed this up with an accreditation in ‘grey area drinking’, to become one of Australia’s first accredited grey area drinking coaches. I now work with women all over the world to support them in changing their relationship with alcohol and the feedback I’ve received has been astounding.

I never expected that removing alcohol would have this huge knock on effect on so many other areas of my life. But the benefits have been undeniable.

I am running an alcohol-free challenge for women in July. It offers to support as we go through the 31 days in a private group together where I share extensive resources that helped me when I made the decision to quit for the first time. For more details of the challenge and to reserve your spot click here.

I also run a global Facebook community offering support on all areas of grey area drinking which you can join here for free.