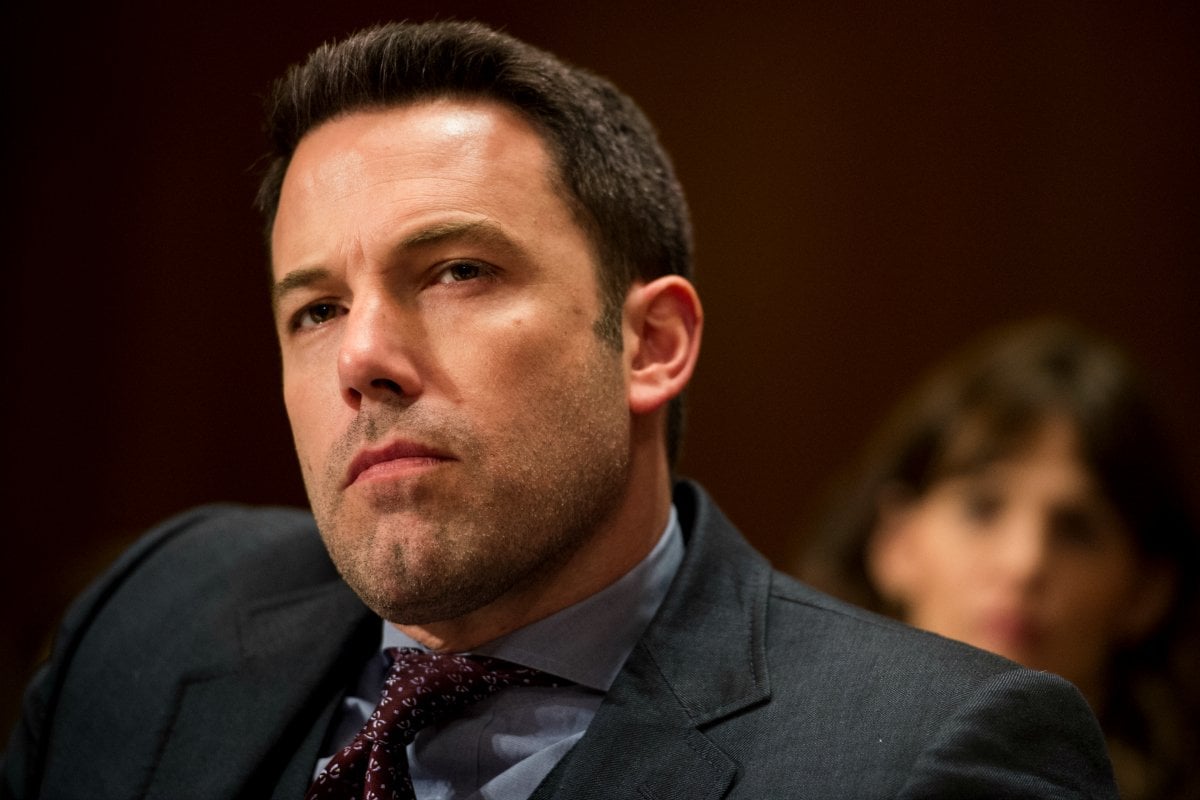 When writing about Ben Affleck and his film, The Way Back, the temptation of the art-imitating-life cliché is nigh on impossible to resist.

The hero (in the film's case, a former high school basketball star) — isolated, divorced and believing his peak is long behind him — clings white-knuckled to alcohol until the craft he once excelled in beckons with a shot at redemption.

Watch: "I didn't want to get divorced". Ben Affleck's reckoning.

Recently released in Australia on Netflix, The Way Back was deeply familiar to the actor and recovering addict.

The well of promotional interviews he gave earlier this year was filled with words like 'cathartic', 'close to home' and 'therapeutic'.

"Sometimes just feeling those feelings again purges them a little bit and frees you a little bit," the 48-year-old told Associated Press back in February.

The legacy of addiction.

The first time Ben Affleck encountered Alcoholics Anonymous he was a child growing up in Massachusetts. His father had a crippling addiction — “bottom of the barrel, terrible”, as Affleck’s younger brother and fellow actor, Casey, once described it.

To help them understand, their mother sent them to Alateen, a US program that runs workshops for young people affected by a relative’s drinking.

"She’d drive us across town to a church and we’d sit in this room with other kids we didn’t know," Casey recalled during an acceptance speech at the 2017 Santa Barbara International Film Festival.

"The people who were running it would walk us through these exercises basically reenacting what was happening at home. So you’d watch these other kids behaving like their drunk mum or dad, and yelling and throwing things and hitting them and so forth, and then you’d get up and do your thing. I was 9 years old. That was the first acting I ever did." 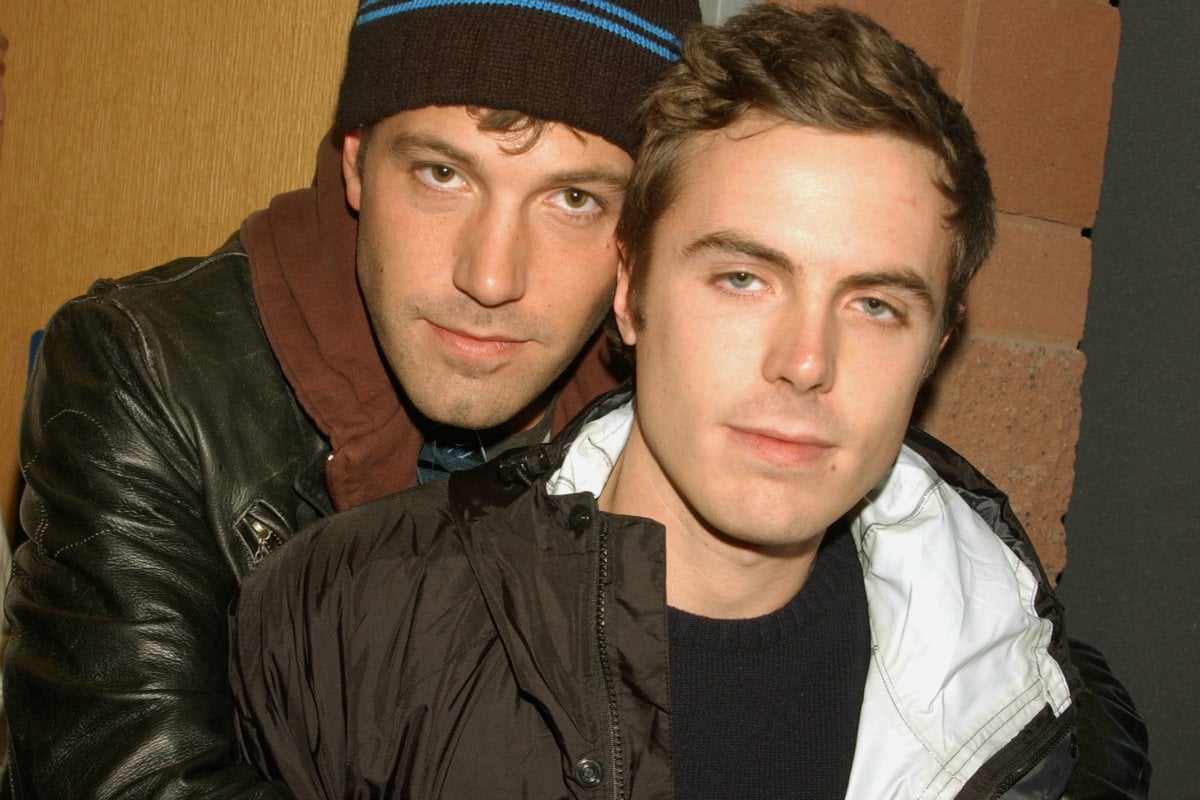 Addiction and mental illness ran deep in their family. According to The New York Times, their grandmother and uncle died by suicide, and an aunt depended on heroin.

Ben and Casey's father ultimately became sober when Ben was around 19, but not before enduring divorce, two years of homelessness and rehabilitation.

That "legacy", as he's called it, was powerful, and the brothers later developed their own addictions to alcohol.

Just four years after the success of the Academy Award-winning Good Will Hunting (1997), which he co-wrote and starred in with Matt Damon, Ben went to rehab for the first time. He did so again following public relapses in 2017 and 2018.

"It took me a long time to fundamentally, deeply, without a hint of doubt, admit to myself that I am an alcoholic," he told the publication. "The next drink will not be different."

He credited his 13-year relationship with actor Jennifer Garner with keeping him stable for more than a decade in between, during which he focused on his three children (Violet, born in 2005; Seraphina, born in 2009; and son Samuel, born in 2012) and his career. 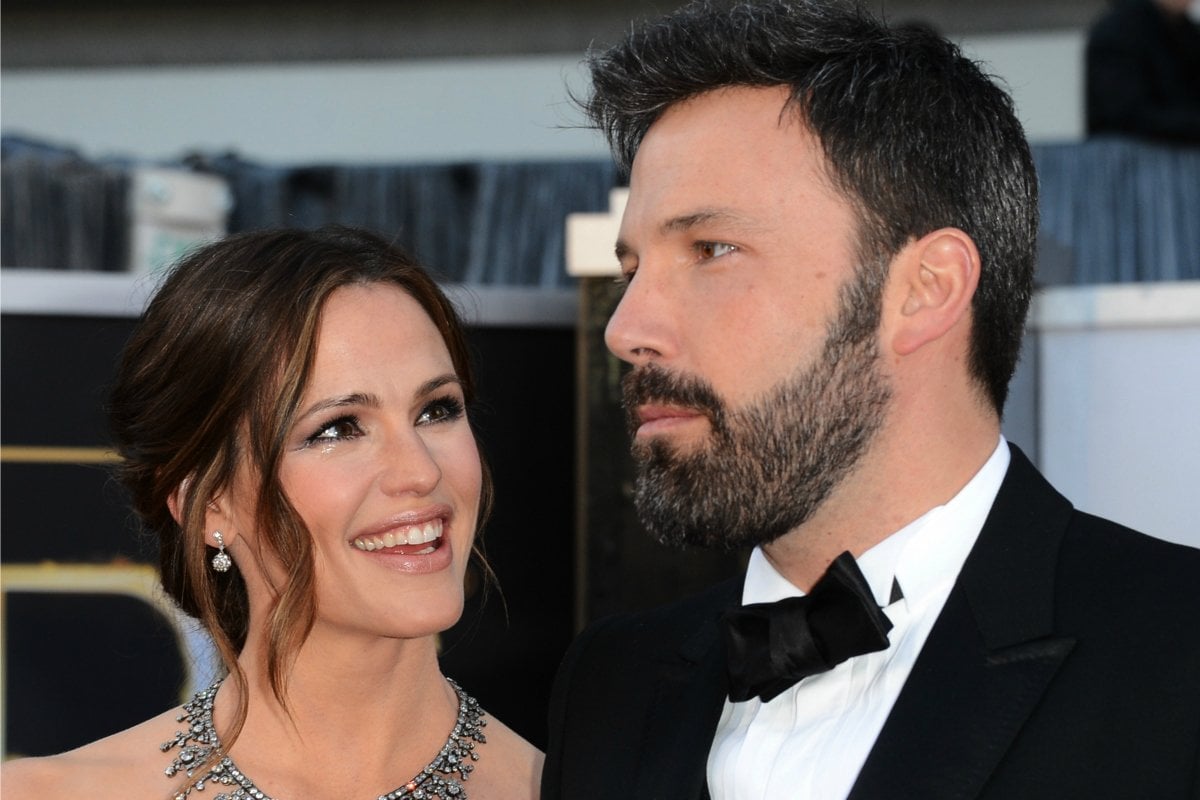 He went from critical flops like Gigli, to the celebrated director of Gone Baby Gone, The Town and (Academy Award-winning Best Picture) Argo, and star of critical and commercial hit Gone Girl.

But come the mid teens, his sobriety collapsed and his marriage followed. He later described his 2018 divorce from Garner as the "biggest regret" of his life.

From the 'Sad Affleck' meme to a redemption narrative.

After the 2015 separation, the media painted Ben as a paled, melancholic version of his former self.

Tabloids published persistent rumours that (brace for another cliche) he'd had a relationship with his children's nanny. Paparazzi photos captured him sitting alone in his car, eyes closed, vaping. And later, in 2018, staring out to sea pensively, a towel wrapped high around his belly and a garish new phoenix tattoo sprawled across his back.

It all fed into the 'Sad Affleck' meme that littered social media courtesy of a viral 2016 interview, in which he stared hollow-eyed at the floor, apparently contemplating the lacklustre critical reception for Batman v Superman: Dawn of Justice.

A YouTuber clipped and uploaded the footage with a Simon and Garfunkel refrain echoing beneath.

Now sober and having answered that beckoning call of moviemaking, the 'Sad Affleck' label doesn't quite stick.

He's in a relationship with Cuban-born actor/model Ana de Armas, who he met on the set of Deep Water in 2019 and has been spending COVID-19 lockdown with (according to tabloids, she recently moved into his California home).

He also has a handful of films in post-production, including whodunnit Deep Water and Ridley Scott's King Charles VI biopic The Last Duel.

But with titles like those, let's leave the symbolism to The Way Back, shall we?

"I'd like people to get a sense of hope seeing this," Ben told People. "Not false hope. Nothing saccharine or cloying because there’s a lot of suffering around addiction but I also think it’s important to know you can get better. I know a lot of people who have changed their lives dramatically and become happier, healthier people who’ve experienced all kinds of adversity."

Art imita... well, you know how it goes.