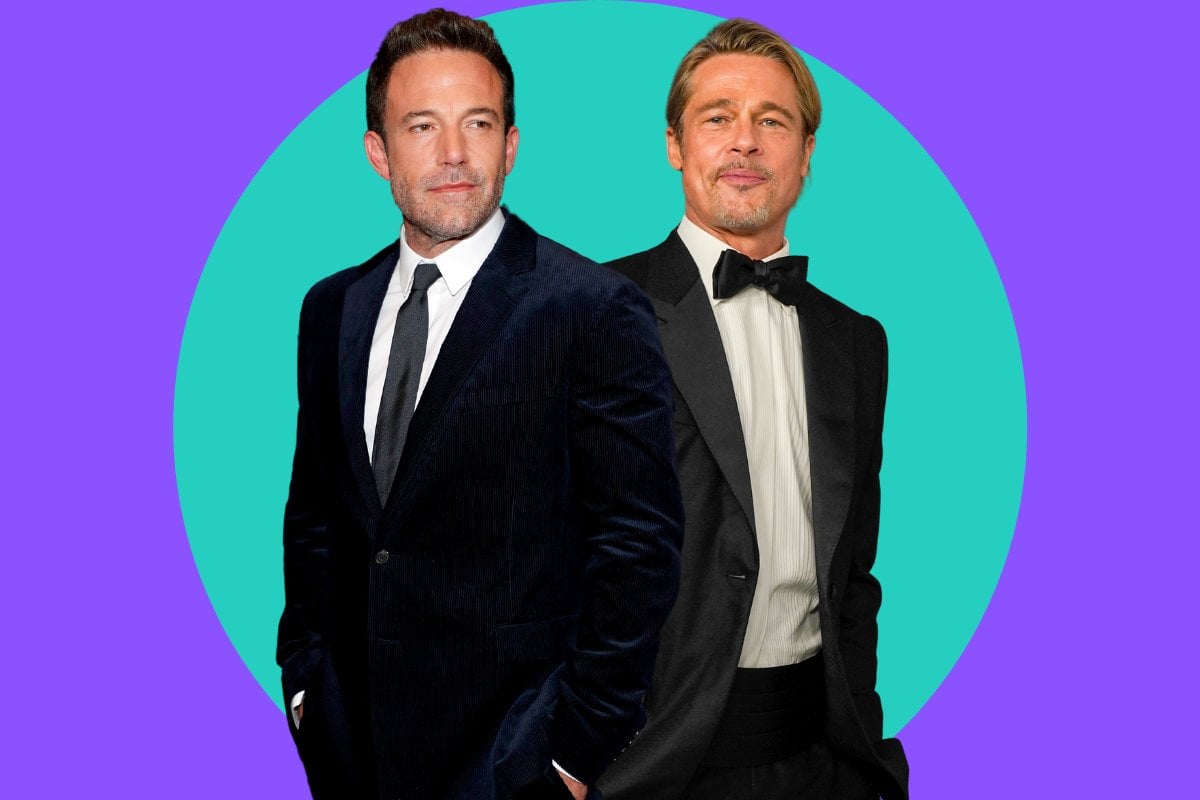 In 2021, we've well and truly witnessed the phoenix rising from the ashes.

The phoenix of course is Ben Affleck. And the ashes are his affair with the nanny, his substance abuse and gambling problems, and his subsequent divorce from America's sweetheart Jennifer Garner.

For a few years there, Affleck both metaphorically and physically represented what it looked like to have it all and then lose it.

A Boston boy with a great chin, he first burst into the public consciousness in the late 1990s when he wrote and co-starred in Good Will Hunting with his best mate, Matt Damon (another possessor of a great chin).

From there, Affleck's career went from strength to strength. He was at the top of his game when he met, and later started dating Jennifer Lopez, in the early noughties. At the time, their story dominated headlines for months on end. The media, and the public, couldn't get enough of the bad boy from Boston and the diva from The Bronx creating their own narrative of what success looks like.

The matching tracksuits. The designer cars. The expensive watches. The yachts. The butt kissing on the yachts.

Then Bennifer split up and grew up. Affleck married another famous Jennifer (Garner) and continued to dominate at the box office. For a while there, they were Hollywood's golden couple. And then, in 2015, Affleck and Garner announced they were getting a divorce.

Then came the headlines about Affleck's affair with their children's nanny. The rumours of his heavy drinking. And the pap shots of Garner literally picking him off the floor and driving him to rehab, long after they'd gone their separate ways.

Affleck later cleaned up his act and entered the 'Sad Affleck' era. The most memorable moment from that period was the much talked about beach pap shot. Now entering middle age and losing roles to much younger men, Affleck was photographed standing on the beach in a towel, staring out at the ocean, a giant tattoo of a phoenix rising from the ashes on his back.

Then there was the photo of Affleck standing outside, smoking, exhaling, like it's all gotten a bit too much for him.

Finally, there were photos of 'Sad Affleck' morosely walking around the streets of LA, carrying his Dunkin' Donuts order.

Sad Affleck became a meme. A state of being. A reference point for someone hitting rock bottom. 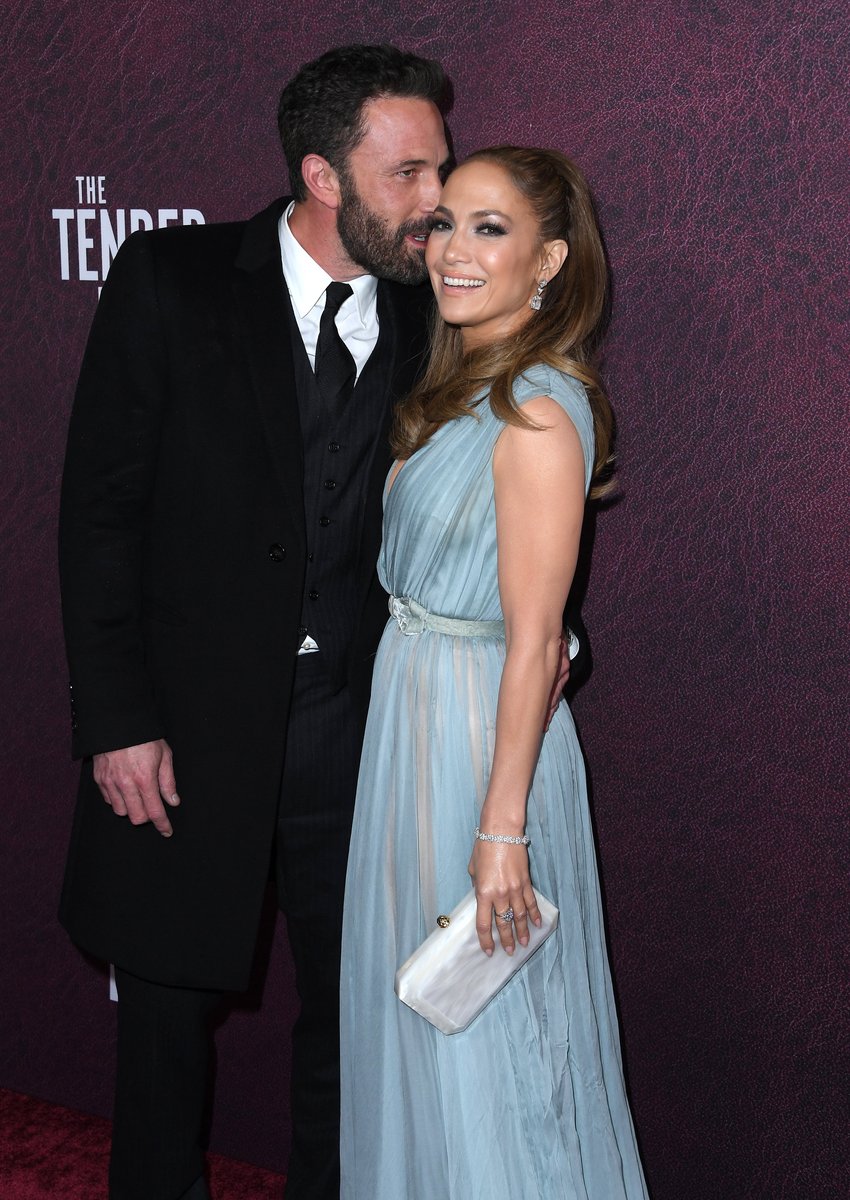 In early 2020, just as everyone was entering lockdown, 'Sad Affleck' began to turn his image around. His (much younger) Deep Water co-star Ana de Armas started accompanying him on Dunkin' Donuts runs and it was soon confirmed the couple were locking down together.

They later broke up and there was a brief moment where we thought Sad Affleck might return. Then something miraculous happened. Affleck and JLo reunited.

Over a period of months, they drip fed us tiny morsels of their new, blossoming relationship.

Then in July, on Lopez's 52nd birthday, they became Instagram official.

And just like that, Sad Affleck had disappeared. The phoenix had risen from the metaphorical ashes on the back of a middle-aged man who was morosely starring out into the ocean. Or something like that.

Their story was so good, we ate it up. And we forgot about Affleck's checkered past. We chose not to remember what he'd put Garner through. Affleck, Lopez, and countless PR people behind the scenes had pulled off one of the best redemption arcs of all time. And just in time for Affleck to begin the publicity rounds for his Oscar contending film The Tender Bar.

Then this week, Affleck tempted fate.

He got a little bit too comfortable with his new image and spoke openly about his marriage breakdown, insinuating that the marriage was to blame for his problems. Not the other way around.

He implied he was "trapped" in his marriage, and the only way to escape his life with possibly the nicest person in Hollywood was through the bottom of a bottle.

"Part of why I started drinking was because I was trapped," he told Howard Stern.

"I was like, 'I can't leave because of my kids, but I'm not happy, what do I do?' And what I did was [I] drank a bottle of scotch and fell asleep on the couch, which turned out not to be the solution."

The backlash to Affleck's comments has been swift and suddenly we're seeing through the shiny facade of his new image.

This was a man who put his ex-wife through hell and then was afforded a redemption arc that a woman in his position would never have been given. And then he blamed his problems on said ex wife.

It's a pretty sh*tty thing to do. And Affleck probably would have stayed in the public's good graces if he'd just admitted he'd made a lot of mistakes.

Affleck isn't the only famous man to do this.

In 2005, Brad Pitt split from Jennifer Aniston and began dating Angelina Jolie a short time later. Despite Pitt being the one who left one relationship for another, it was the women who were pitted against each other.

Aniston became an object of pity. A woman whose life choices were questioned by the tabloids time and time again. And Jolie became the 'other woman', the villain of the story who stole Pitt from Aniston.

Pitt's role in the story was very rarely mentioned. Then in 2011, Pitt made vague comments about his marriage to Aniston making him unhappy. That it was marriage (read Aniston) that made him leave and begin dating Jolie.

"It became very clear to me that... I wasn’t living an interesting life myself," he said.

"I think that my marriage had something to do with it. Trying to pretend the marriage was something that it wasn’t."

Pitt repeated this behaviour after his split from Jolie, rebranding himself as Hollywood's nice guy again. We all remember that viral moment with Jennifer Aniston backstage at the 2020 SAG awards. 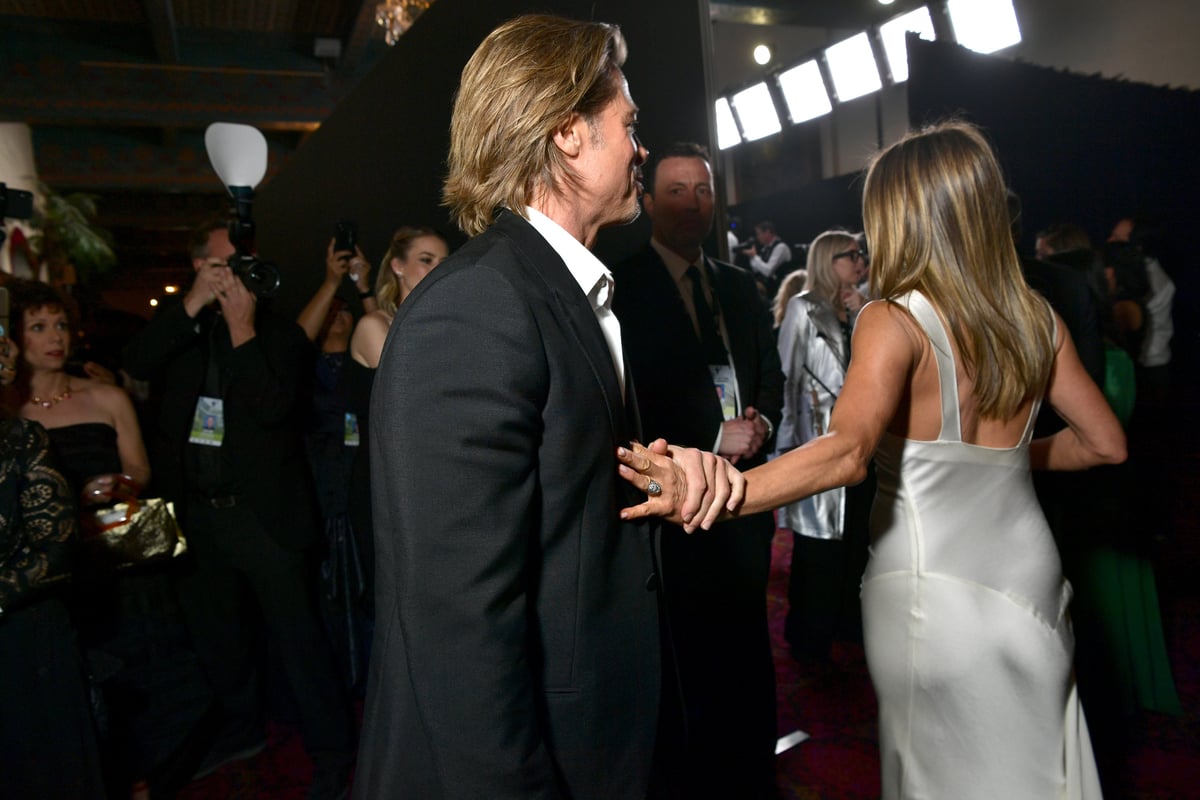 Again we ate this up. And we've been pretty happy to buy in to Pitt's redemption arc.

But here's the thing, these very famous men have enjoyed their redemption arcs off the backs of the women they have hurt in the past.

While they've never been overly explicit in their comments, they've implied that maybe all their problems were just because they were with the wrong woman.

And perhaps the right woman - JLo in Affleck's case - will make everything better and bring out their best side.

The truth is - we'd probably have a lot more respect for them if they just admitted they had been pretty shitty husbands and made some pretty shitty mistakes.

If they'd just said "I f**ked up" and stopped blaming the women in their lives for their own problems.

Now that would be a real redemption arc.

Reply
Upvote
3 upvotes
There is an assumption here that their wives were blameless. People are not perfect and I’m sure their wives weren’t perfect either. Ultimately they are actors. I don’t look to them for relationship guidance, I look at their work, their movies. As long as they are not being abusive or criminal in their behaviour they can marry as many times as they want to. It’s their life.
Resources
Very Peri
Skin
News
General
Opinion
True Crime
Politics
Sport
Explainer
Entertainment
Celebrity
Reality TV
Movies
TV
Books
Rogue
Royal
Lifestyle
Beauty
Fashion
Weddings
Home
Wellness
Health
Fitness
Travel
Food
Family
Before The Bump
Pregnancy
Baby
Kids
Teens
School
Parent Opinion
Work & Money
Money
Finance
Career
Lady Startup