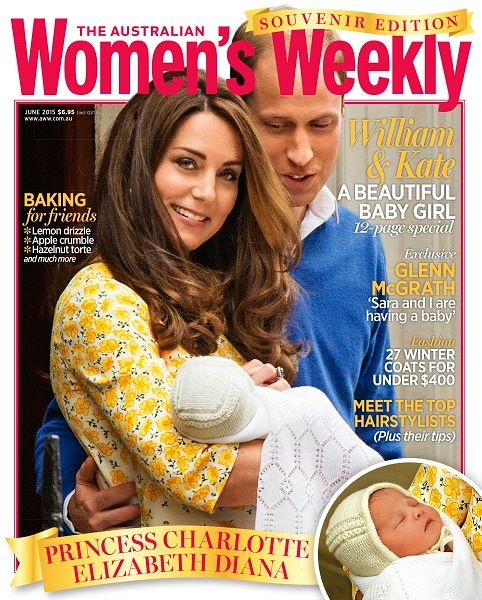 She hasn’t spoken to her daughter in four years. Then one day, she woke up and found out who Belle Gibson was — and it wasn’t the little girl she thought she knew.

The mother of infamous health and wellness ‘guru’ Belle Gibson, has spoken for the first time since it was discovered her daughter built her empire on a foundation of lies.

Speaking in an exclusive interview with The Australian Women’s Weekly, Natalia Dal-Bello (formerly Gibson) said, “I can’t tell you how embarrassed we are about what she has done,”

“And we sincerely wish to apologise to anyone who was deceived by Belle. For what small part we played in her life, we would like to say sorry.”

Belle Gibson, author of The Whole Pantry cookbook and wellness app, shot to fame after she claimed a healthy diet cured her terminal cancer. Last month, she admitted to making this up.

EXCLUSIVE: The mother of disgraced wellness advocate #BelleGibson has broken her silence in our June issue, which is on sale today. #AusWW

Posted by The Australian Women’s Weekly on Sunday, 17 May 2015

Ms Dal-Bello, 54, hasn’t spoken to her daughter in four years, but refutes 23-year-old Ms Gibson’s tale about her childhood.

Belle Gibson had previously told The Weekly her mother had multiple sclerosis, her brother had autism and she spent much of her childhood years caring for her family.

Her mother, while confirming she has multiple sclerosis, has a different version of events.

“What a lot of rubbish,” she said.

“Belle never cared for me, her brother is not autistic and she’s barely done a minute’s housework in her life.”

Gibson’s older brother Nick, 26, also confirmed he does not have autism.

“I’m disgusted with Belle and what she’s done,” he told The Weekly.

Nick also didn’t know about his sister’s health and wellness empire until their grandmother called him and asked if he knew about Belle having her own app.

“I looked it up on the internet. I couldn’t believe it — her living this life of luxury and being into this funny [alternative health] stuff. It’s like it wasn’t my sister — like a different person by the same name,” he explained.

The family suggest they weren’t aware of Belle Gibson, the so-called health and wellness guru, and were shocked to find out her story.

“I read the story [Belle’s exclusive interview with The Weekly] and I was in a state of shock,” Ms Del-Ballo admits.

“I couldn’t believe what she had done and I felt like I had been erased from her life — dead.”

“She had a heart problem growing up but that was it.

“I thought [her interview with The Weekly] was going to be an apology on Belle’s behalf — an admission of guilt — but it wasn’t. She doesn’t seem to be sorry.

“There doesn’t appear to be any remorse. I’ve never seen her cry in her life.

“I’m not even sure she’s capable of empathy.”

Last year, Belle built a health blog, a cookbook, an app and a reputation off the back of surviving multiple serious illnesses, including brain cancer, through healthy eating.

After it was revealed earlier this year she never paid millions of dollars promised to charity, Belle’s empire started to unravel.

In March, Gibson admitted to making up her health woes.

The family would like to be reunited with their estranged daughter and sister — but most of all, they want to see her apologise.

“I would tell her I love her, that she needs to take care of her son, but at the end of the day, she neds to take responsibility for her actions,” her mother said.

The full June issue of the Australian Women’s Weekly is out today.

Do you think Belle Gibson should apologise?

This woman has been charged with fraud. So why hasn’t Belle Gibson?

Why Belle Gibson can’t blame an illness for her lies.

“Belle Gibson, you said you cured yourself, so I thought I could too.”

Looks like Belle is writing a lot of comments using her trademark 'fake' personas. Ironically whilst reading above story I suspected 'the actual truth' by her mother would make 'psycho-Belle' furious. Guess I was right. Boo hoo she didn't have a perfect child hood. Should have made her a more empathic person. Rings so true with Mum saying she never saw her cry ever. A sign of a person with a personality disorder. Have basically no feelings of guilt remorse or empathy. Everything revolves around themselves. I am really surprised she has maintained a partner relationship this long. Bets bf will come out with a whopper of a story soon. Many naturally believe he knew damn well she wasn't 'dying' from multiple cancers. And to ruin your son's 4th birthday party by faking a seisure for attention? Where are VCS in all of this?

Nothing like i kick in the teeth when you're down hey mum...