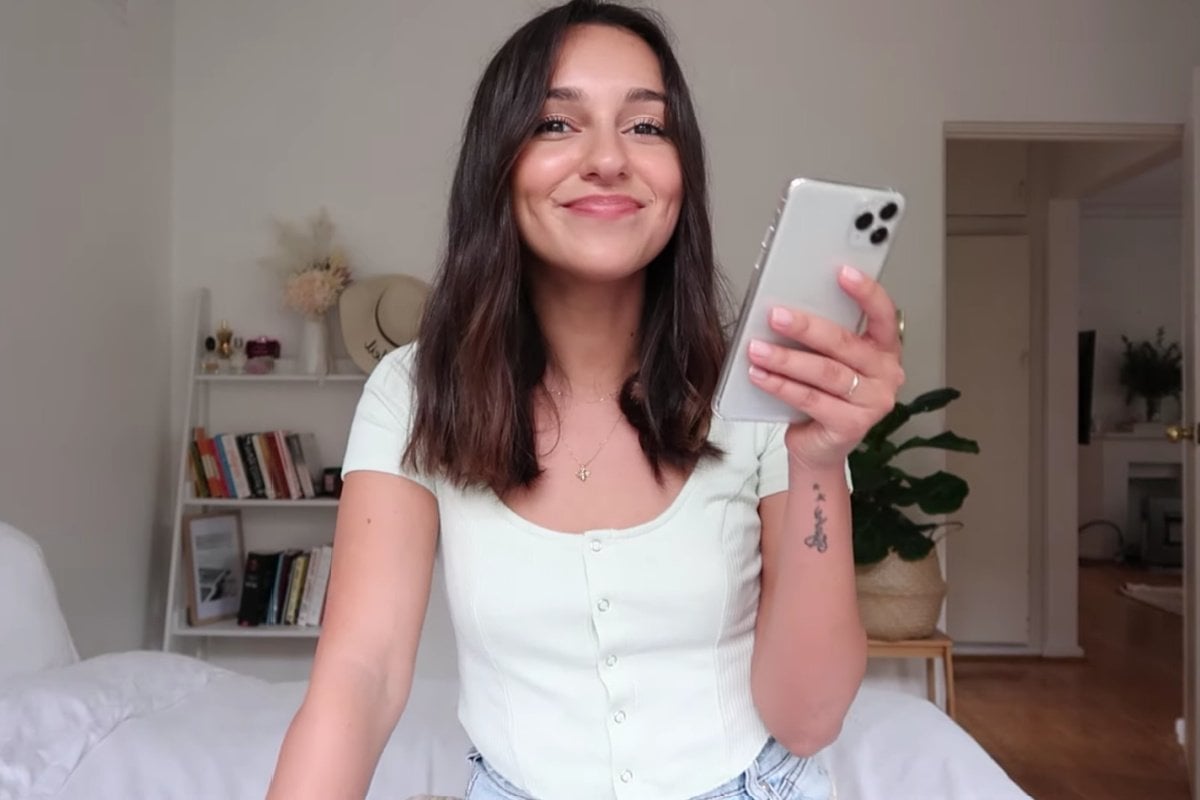 Just over a month after The Bachelor finale aired, runner-up Bella Varelis has gotten candid about the show.

Uploading a question-and-answer video to YouTube on Tuesday, the 25-year-old addressed plenty of questions that fans had about her season, including how she feels about Locky now and what her life looks like post-reality TV.

When Locky broke up with Bella during The Bachelor finale. Post continues below.

As expected, Bella was asked whether she has started dating anyone since the show wrapped up.

"No. Guys suck," Bella responded. "If the right person came along, I would definitely be open to a relationship, but I think I just want to focus on myself at the moment and get back to Bella."

During The Bachelor finale, viewers were shocked when Locky Gilbert dumped Bella after saying "I love you" to both her and Irena Srbinovska. During that moment, Bella looked heartbroken.

But when asked about whether she had any regrets from her time on the show, Bella had a surprising answer.

"I don't regret anything," she said. "At the end of the day, everything happens for a reason and I'm actually really grateful that Locky dumped me.

"If Locky hadn't of dumped me, Bec [Cvilikas] and I wouldn't have moved in together; she's now become one of my best friends and I'm just really excited for life," she continued.

"At the end of the day, yes, I absolutely loved Locky and I really could see a future with him. You know, every relationship and every person that comes into your life is a lesson. And Locky was just a big lesson for me.

"I'm happy for them both and I wish them the best. This just wasn't supposed to be my happily ever after."

Later on in the video, a fan asked, "If tables were turned and he [Locky] said he loved Irena but picked you, would you stay with him?"

After a long pause, Bella replied, "Probably not."

"Look, I don't know. It's hard to give an answer for a situation that I'm not in. Would I stay in a relationship knowing that he loved someone else? I'm not sure. It's a hard question," she added.

And when asked about how she really felt being dumped on air, Bella "spilled some tea".

"Walking into the finale, I kind of said to myself, 'Look, after everything Locky has said to me, if he's actually not going to follow through with the relationship, he's not really the kind of person I'd want to be in a relationship with, anyway.'"

At the beginning of her season, Bella came across as the frontrunner. But later down the track, she was given a 'villain edit' as her friendship with Irena imploded.

As Bella explained, the different versions of herself that we saw on-screen were all down to editing.

"Probably about five per cent of what was filmed has been used," Bella explained. "People kind of see the Bella that was shown on The Bachelor and they think that's all I have to me and that's the person I am. I have more depth to me than that."

"There were a couple of weeks there where I definitely wasn't happy with my edit on the show," she later said. "I think at the end of the day, they could only show so much. And unfortunately, what they did show wasn't the whole story.

"For me, yeah, the editing sucked at one point. But at the beginning of the season, I am a complete, hopeless romantic, I love fairytales and I love Disney. Yes, they did show me getting angry but I'm a woman. I have more than one emotion."

And when asked whether she'd be open to becoming the next Bachelorette?

"It's such a hard role to take on," Bella said.

"Knowing that I was hurt at the end of The Bachelor, I wouldn't want to do that to someone, but it is the nature of the beast. And ultimately, it is a sure way of finding someone that you could be in a relationship with for the rest of your life and genuinely find love," she continued.

"I know it works because I genuinely found love, and it's like, having your own little fairytale."