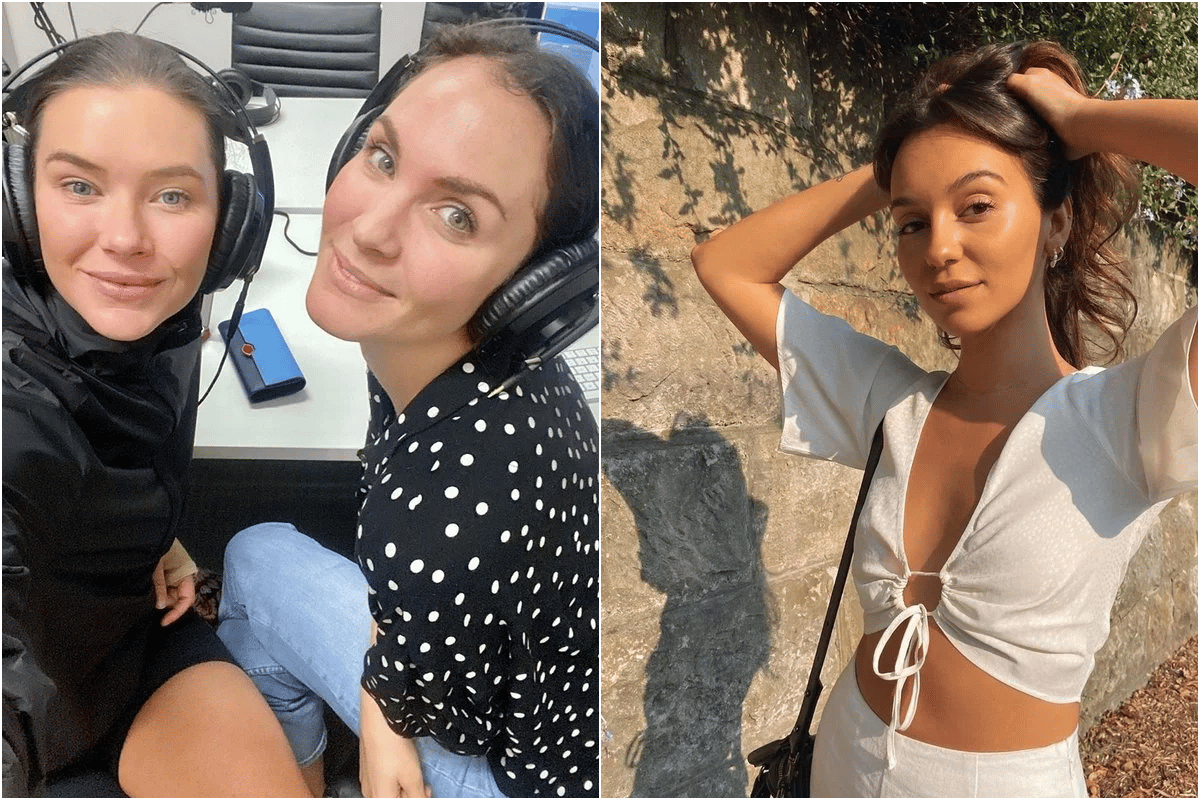 1. Apparently Locky asked Bella, “What would you do if I proposed to you at the end?”

Bachelor runner up, Bella Varelis has opened up about all things Locky on the Life Uncut podcast, and oh boy, we've got some good gossip.

Chatting to hosts: former Bachelor finalists, Brittany Hockley and Laura Byrne, she shared that Locky discussed engagement rings with her, before asking what she would do if he proposed.

"During lockdown, we were talking about engagement rings," she began.

"He was like: 'what would you do if I proposed to you at the end?'

Lifers, last week was Bach finale and we saw our Bachi Locky tell both the the finale women that he was in love with them. So on today’s episode we sit down with runner up @bellavarelis to ask the question on the tip of everyone’s tongue.... what the actual f***?! Bella shares everything from her perspective, her relationship with the girls in the house, what happened during lock down and why she felt confident it would be her at the very end. Get it where you get your podcasts ❤️

"The one thing that really got me was when he said, "I can't wait to make you happy for the rest of your life." You don't just say that to someone unless you really want that to happen.

She then added that she was so certain she would win, that she told her mother: "I think I've actually found the person who wants to be with me.'"

We can't get over this.

Fromer Bachie star Tara Pavlovic has shared the sweetest video from her wedding to Nick Shepherdson, and it's seriously the best thing we've seen all day.

Tara, who appeared on Matty J's season of The Bachelor and season one of Bachelor in Paradise, posted the video on Instagram on Monday night.

The video shows Tara walking down the aisle at the ceremony which was held at the Sol Gardens in the Currumbin Valley, Queensland.

There's also a very special moment where Tara and Nick share a husband and wife cheeseburger together.

You can watch the video for yourself below.

The couple, who announced their engagement in September last year, were originally planning on getting married in April but had to postpone their wedding due to COVID-19 restrictions.

We're glad Tara finally got to celebrate her big day!

3. Sienna Miller just realised that Chadwick Boseman donated money from his own salary to boost her pay.

Actress Sienna Miller has shared that Chadwick Boseman donated money from his own salary to boost her pay when they worked together on 21 Bridges.

Speaking to Empire, the 38-year-old explained that Boseman, who tragically died from colon cancer last month, added to her pay cheque after her figure was turned down by the studio.

"This was a pretty big budget film, and I know that everybody understands about the pay disparity in Hollywood, but I asked for a number that the studio wouldn't get to," she told the publication.

"And because I was hesitant to go back to work and my daughter was starting school and it was an inconvenient time, I said: 'I'll do it if I'm compensated in the right way.' And Chadwick ended up donating some of his salary to get me to the number that I had asked for. He said that that was what I deserved to be paid." 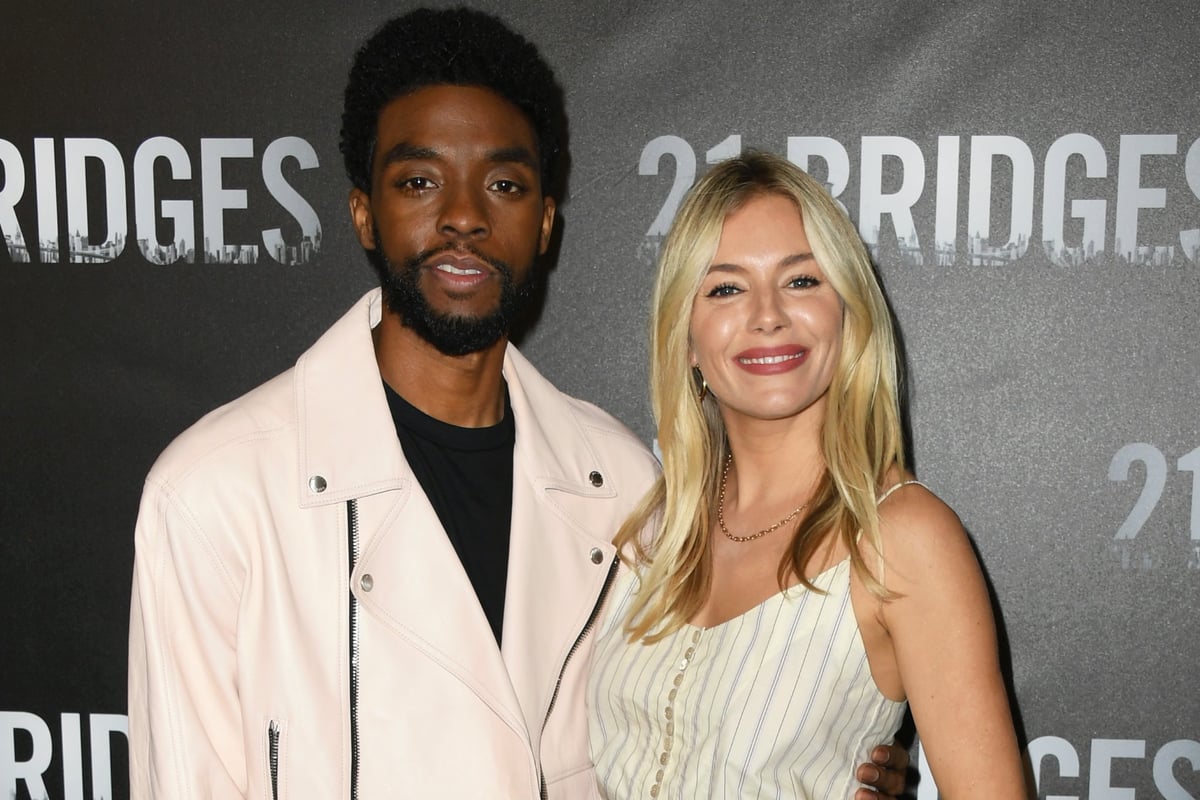 Chadwick Boseman and Sienna Miller. Image: Getty. She went on to say that Boseman's generosity was "the most astounding thing" she'd ever experience.

“That kind of thing just doesn't happen," she said, adding that Boseman told her ‘You're getting paid what you deserve, and what you're worth'".

4. So, Robert Pattinson says he kinda wants to “mess up” his portrayal of The Batman.

Something you might've realised by now is that Robert Pattinson is an interesting guy. Remember that time he said he smells like crayons?

Now, he's sharing some more quirks with us.

In a recent interview with Total Film magazine, the 34-year-old actor noted that he weirdly enjoys the idea of messing up his portrayal of The Batman.

"There's a slightly different feeling when you know loads and loads of people are going to watch something you're working on," Pattinson said.

"I weirdly enjoyed it during Twilight the idea that you can mess it up. I guess I felt confident. I wanted to be on the big stage." 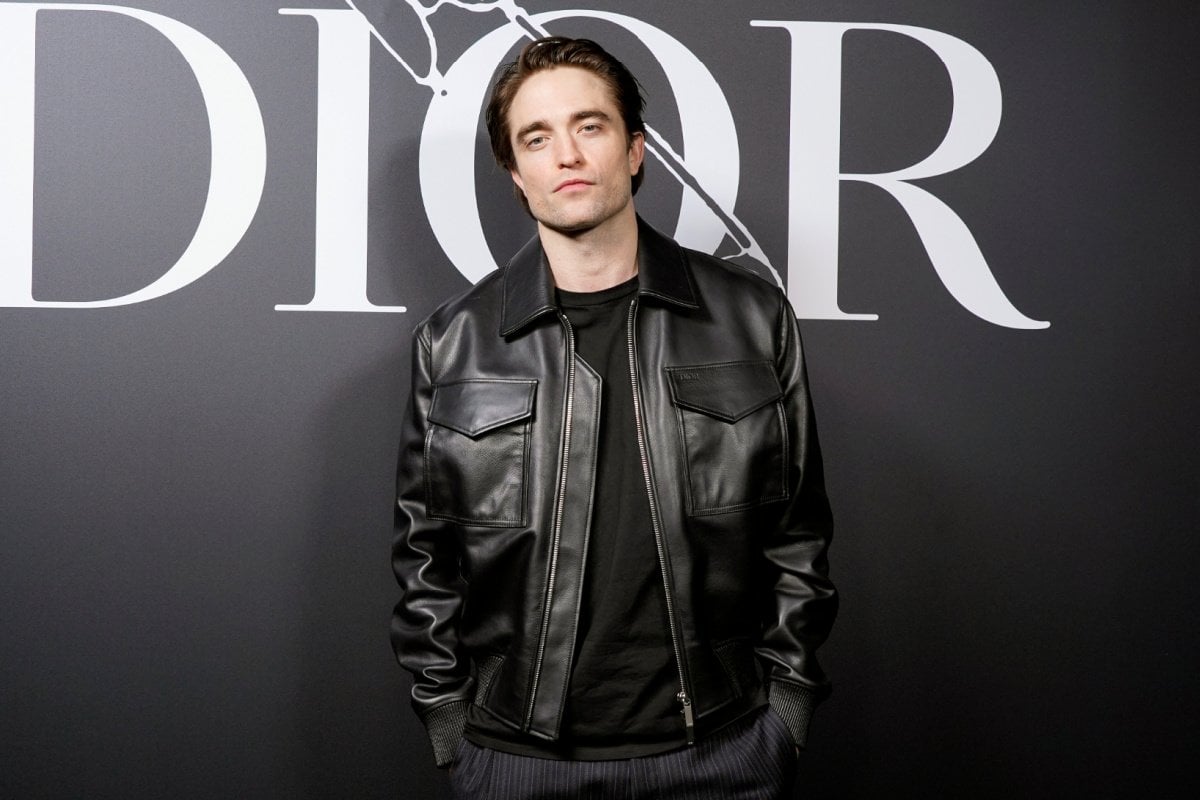 Image: Getty. He then explained why this film isn't an origin tale.

"For me, what's really important about this iteration is that you know a lot of the other stories are about how he had to master his fear and master himself in order to become Batman," he continued.

"I think this interpretation is incredible. I hope what's different about what we're doing is try and do it in exactly that sort of manner and then of course the other things that are from the earlier history of the context of him being the world's greatest detective and how we got there."

Robert Pattinson has recently returned to set to film The Batman after taking a two-week break when he tested positive for COVID-19.

The film is set to be released in October 2021.

5. "They were shocked!" How Bachelorettes Elly and Becky explained their dating rules to contestants.

If you're heading into the new season of The Bachelorette Australia looking for catfights, drama or broken hearts, the show's leading ladies think you'll leave disappointed.

While Australia might have been a little puzzled about how the whole televised love game would work now with two women sharing the dating spotlight, Becky and Elly said they went in with a very clear plan of attack.

"It’s definitely a new dynamic, having two Bachelorettes," Elly told Mamamia's The Spill podcast. "Essentially, we’re meeting all the same guys, we got to know them and then figure out who we each want to go on dates with."

"We weren’t making out with the same guys, that's just not what we’re all about," Becky added. "Our strategy was, because there’s two of us, we had to figure out who the guys liked too."

"We met all the guys on the red carpet and there were a few who we both looked at and thought ‘oh, he’s quite cute!’ but we’re not possessive.

"One of the first things we said to the boys was ‘look, there are no guidelines on what we should and shouldn’t do here'," Elly continued. "We’re not here to battle it out. So we said to the guys, 'When you figure out who you’re interested in let us know as well'."

"They were definitely shocked at first," Becky confirmed. "We had to explain there’s two of us, we’re both looking for love and we want to find a guy each."