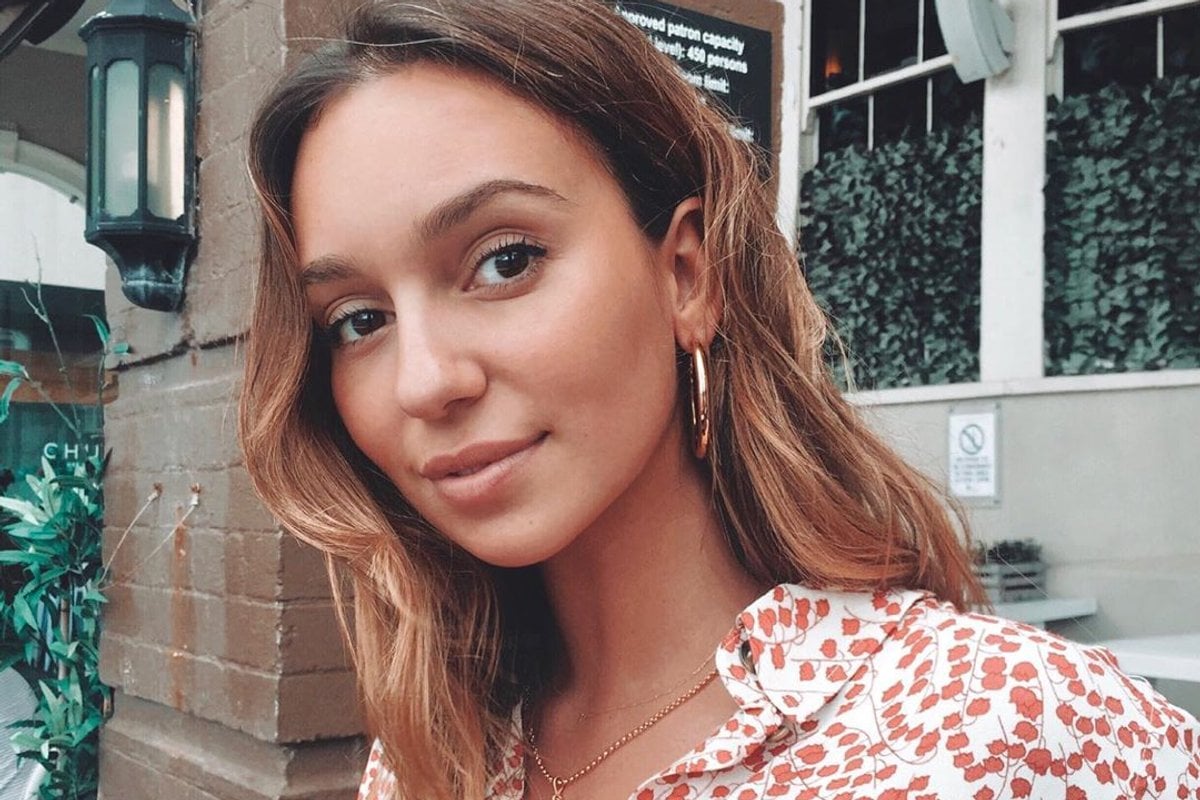 1. Rumour confirmed: Bella Varelis did, indeed, have a ‘thing’ with Cody Simpson.

The Bachelor may have ended but the rumours are still coming in thick and fast.

And this time, it turns out the rumour that Bella once had a fling with Cody Simpson is actually true. Well, sort of.

Speaking to the Life Uncut podcast on Tuesday, the 25-year-old said she had a "thing" with the singer after meeting him at a bar on Valentine's Day.

"He bought me a rose and then slow danced with me around Mrs Sippy in Double Bay."

"It was like one of things where you're like, 'This is really cute, who is this guy?' she added.

But before you get to excited, Bella insisted that it was only for one night.

"Literally that was it, it was just that one night... we had a little bit of a sleepover... but no that was literally it."

So there we go, Bella did in fact spend some time with The Masked Singer winner.

Listen to The Spill, Mamamia's daily entertainment podcast. In this episode, Laura Brodnik and Clare Stephens discuss Deborra-Lee Furness' response to the long-running rumours that her husband Hugh Jackman is 'gay' and that she’s lucky to be with him. Post continues below.

2. Demi Lovato’s ex is having a conversation with himself about their breakup and no one should listen.

It's been a week since Demi Lovato and Max Ehrich reportedly called off their engagement. But Ehrich still has some things to say about it on social media.

After first claiming that he found out about the split "through a tabloid" on his Instagram stories, Ehrich has shared yet another series of posts about the breakup.

"Goodnight :). Please stop trying to thank you, next… Me," he wrote in one of the posts.

"For I’m just a human being who has to go to work tomorrow AM where there are families with kids relying on me," he added in another. 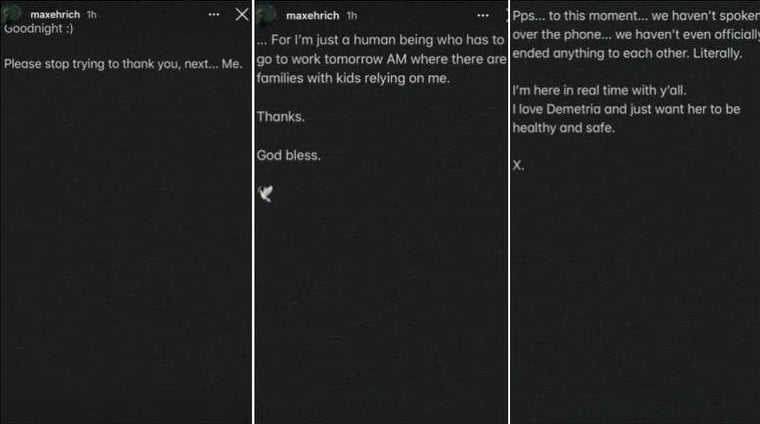 Then in a third post, he addresses Lovato directly, calling her by her full name, Demetria.

"PPS… to this moment… we haven’t spoken over the phone… we haven’t even officially ended anything to each other. Literally."

"I'm here in real time with y’all. I love Demetria and just want her to be healthy and safe."

His comments come after a source told E! News that the singer "wants no contact" with her her ex fiancé.

"She is completely embarrassed at the way he's been acting and putting their relationship on blast via social media. She wants nothing to do with him."

The source also told the publication that Ehrich has "tried to reach out" to Lovato and says he's "in denial" their engagement is over.

"Demi is completely done and doesn’t want to see him again at this point."

3. Frankie Muniz (AKA Malcolm in the Middle) is having a baby! And we feel 467 years old.

In quite possibly the cutest IGTV video ever, Frankie Muniz and his wife Paige Price announced that they are having a baby!

Uploading the video to social media on Monday, the 34-year-old actor wrote, "I'm gonna be a dad!!! I'm so excited for the next big adventure. I love @pogmuniz and our little one!"

In the video, the couple adorably danced, showed off the sonogram photos and Price's baby bump, and discussed their four and a half years together.

The couple has been married since February 2020.

This will be their first child together.

4. Abbie Chatfield had to pull an episode of her podcast because her ex didn’t consent to her oversharing.

Reality TV star Abbie Chatfield has just had to pull an episode of her conversation style podcast It's A Lot because her ex-boyfriend didn't consent to her discussing their relationship.

Sharing the news in a short five-minute podcast episode, the 25-year-old explained that despite getting prior consent to discuss their relationship in the second half of her 'The Ex-boyfriend That I Love' series, her ex suddenly changed his mind.

"This week, I was supposed to have out the second half of 'The Ex-boyfriend That I Love' episode," Abbie said.

"Unfortunately, despite giving me prior consent and despite giving me ongoing consent to leave up part one, he and I spent all of the better half of this week on the phone, talking about how he doesn't want to the second part up."

"Bit annoyed. Wish I'd have uploaded it all in one go. It was a lot of work, as well, which I was upset about," she continued.

Abbie then explained that although she's frustrated that she doesn't get the chance to discuss the second half of their story, she realises that since he said no, she can't share it.

"But, I worry about him - unfortunately, first and foremost. I think it was confronting for him to hear what he actually did.

"I got the most sincere apology that I'd gotten over the years. So that was good. But unfortunately, I can't release part two because he won't let me. So, I'm not going to," she said.

"I'm just feeling a bit sad about it. I felt like it was my chance to have a cathartic moment about it. Unfortunately, some people in Brisbane are more interested in their reputation than they are about the truth," she added.

5. We need to talk about all the drama that's gone down since The Bachelor finale.

Although many of us thought (hoped) that all The Bachelor drama would be over once the finale ended, we were mistaken.

Since Locky Gilbert broke up with Bella Varelis and proclaimed his love for Irena Srbinovska on live television, plenty of drama has gone down.

As the contestants are no longer tied to any rules, they are free to share and say anything about the show and the people that appeared on it with them. And thank god for that.

From an angry text through to a potential Bachelorette, here is everything that's gone down since The Bachelor ended.

After we watched Locky Gilbert's controversial breakup with Bella Varelis, we assumed that would be the end of their communication.

But when she appeared on Brittany Hockley and Laura Byrne's podcast Life Uncut, Bella explained that she sent him a "pretty angry" message via text.

"I did send him a message after just to be like, I mean, it was like two days after, I was devastated, I was shattered, I was upset, I was angry," she said.

"It was a pretty angry text, to be honest. The first part was like, 'I feel like I’ve lost my best friend not just my boyfriend. It was a relationship for me.'

While Bella didn't elaborate on what was said that was angry, she did later explain that it's been difficult to get over the whole situation. And we don't blame her.

"Obviously there are moments when I thought, 'I’m fine, I’m fine, I’m fine'. Then [I] go to dinner with the girlfriends, had champagne and three minutes later I was bawling my eyes out," she shared on the podcast.

"I think I just genuinely thought he was in love with me and I think watching it back was a lot."

For more drama that's gone down since The Bachelor finale, read our earlier post here.