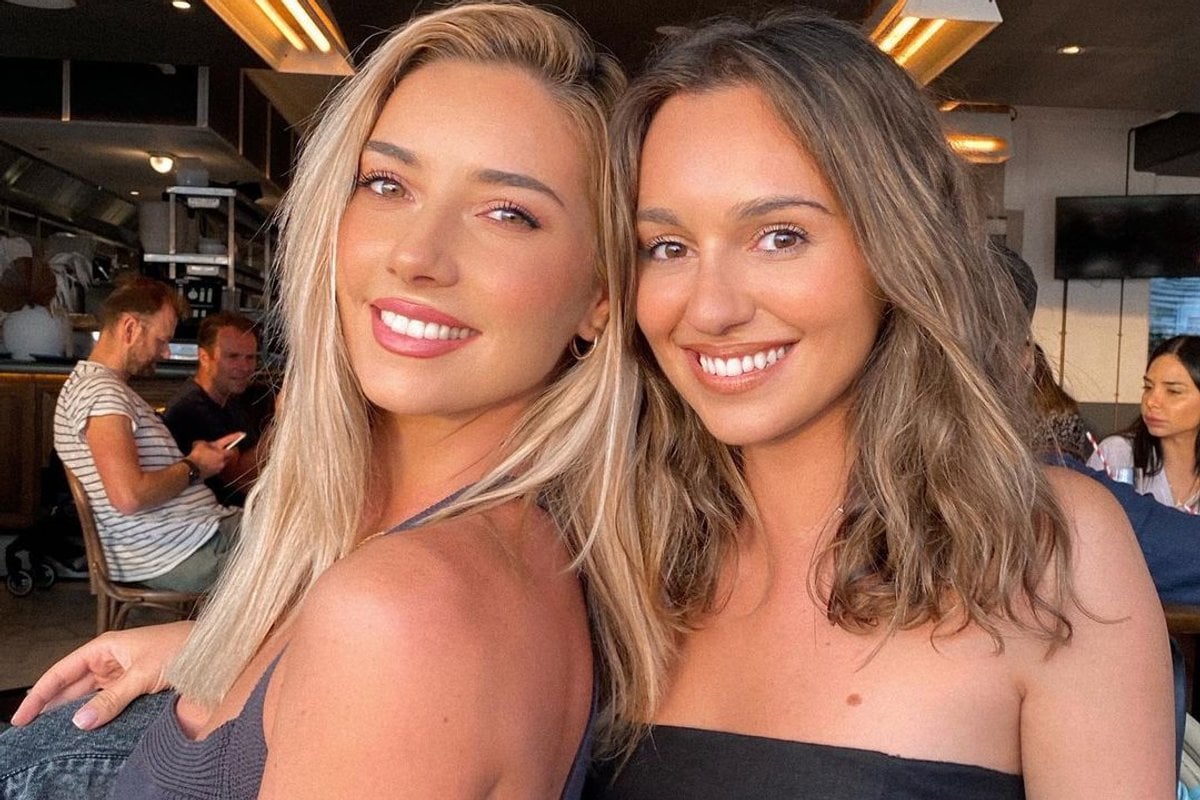 "Why are you writing about this?"

Look, I know you're asking these questions right now. I know you are.

But we need to talk about Bella Varelis and Bec Cvilikas' friendship breakup, okay?

Watch the trailer for The Bachelor 2021 below. Post continues after video.

It all began when the duo met on Locky Gilbert's season of The Bachelor last year. (Yes, I'm still thinking about last year's season. And no, I'm not ashamed to admit that.)

But as the duo became frontrunners in the competition, Bella and Irena's friendship ultimately ended in a cocktail party confrontation, which ended with an epic storm out.

"I'm f**king over your bullsh*t, to be honest," Bella told Irena as she stormed off. "You're a manipulative little b*tch."

When the show wrapped up, Irena ended up with Locky.

But Bella didn't walk away from the show empty-handed. In fact, she left The Bachelor with a new best friend – fellow contestant Bec Cvilikas, who she grew close with following her confrontation with Irena.

As both Bella and Bec were looking to move out at the time, they decided to move in together.

They met each other's parents. They filmed YouTube videos together. And most importantly in post-Bachelor land, they shared countless Instagram photos together.

"No one will fully understand what it’s like to go through this experience and, to have someone who has been through it with you, you really get it," Bec shared at the time.

"It’s been really nice to have Bella with me, we give each other support. It’s been like that the whole way through."

But then the selfies just... stopped.

On Wednesday, The Daily Telegraph reported that the once inseparable duo were no longer friends.

"They had a disagreement a few months ago and unfollowed each other on Instagram," a source told Confidential.

Although it's unclear when the duo unfollowed each other, Bella hasn't appeared on Bec's Instagram Feed since April, which is a bloody long time in influencer land.

To make things even more interesting, The Wash actually asked them what happened.

"Small details are irrelevant and unnecessary for it to be public information."

On the other hand, Bec said: "No real comment from me. We're just two different kinds of people."

Reply
Upvote
2 upvotes
Look, if there's no monster cock, I'm just not interested.
The bar has been raised.

Reply
Upvote
1 upvotes
Soooo... two people were friends for a bit, and now they're not?

"Why are you writing about this?