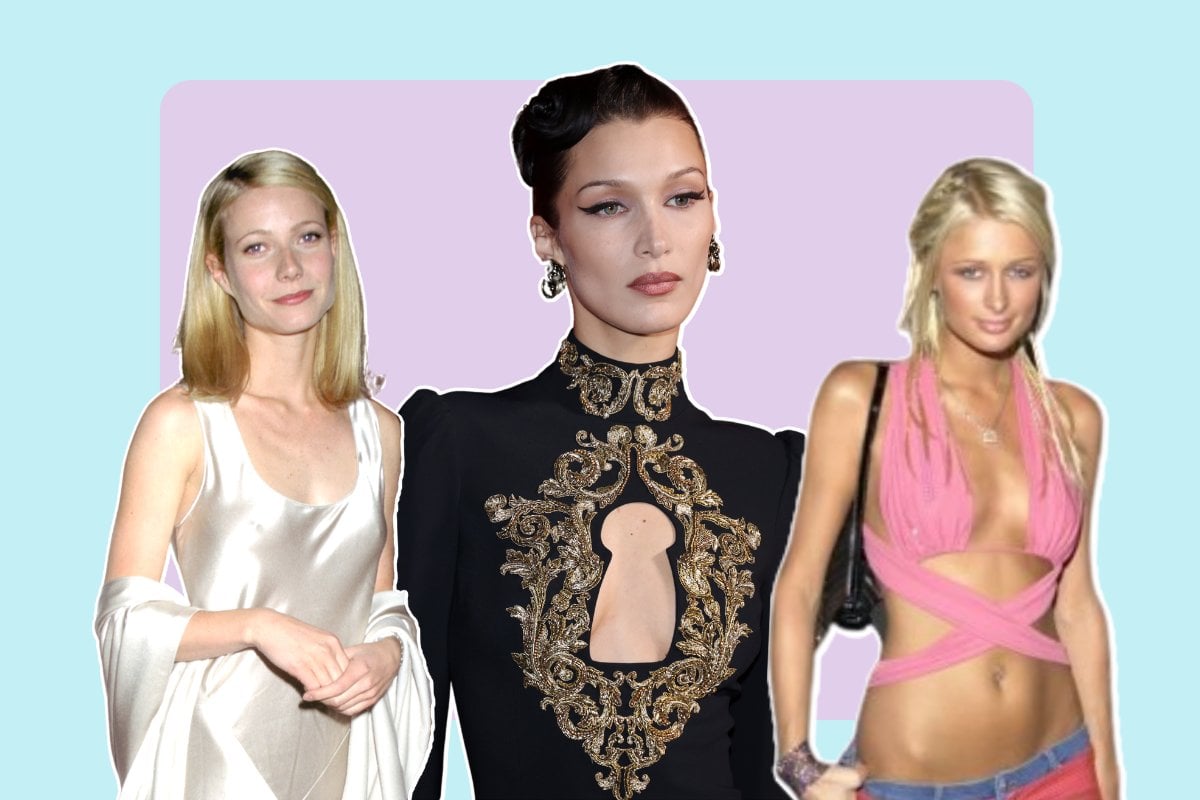 It's International Women's Day and I'm worried about eyebrows.

I know, on a day when we're discussing the biases that affect women's lives globally, the arch of a brow doesn't seem important, but bear with me.

You know the ones. The ones that were everywhere last time our brows looked like they'd been drawn on by a Sharpie-wielding toddler. Those jeans were low. Lower than hipbones, lower than your knicker-line, lower than Chris Hemsworth's Thor voice on a chilly day. 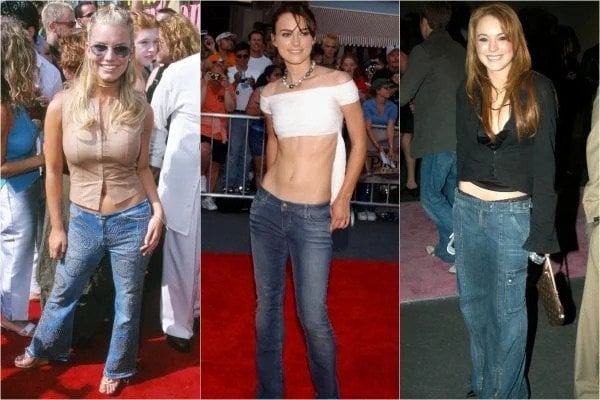 They're back too, in case you hadn't got the memo.

And so are these, slippery little silky bias cut dresses, the ones that used to skim over the concave stomachs of the Supers back when there was only one acceptable body shape for It Girls, and it was... dangerous. 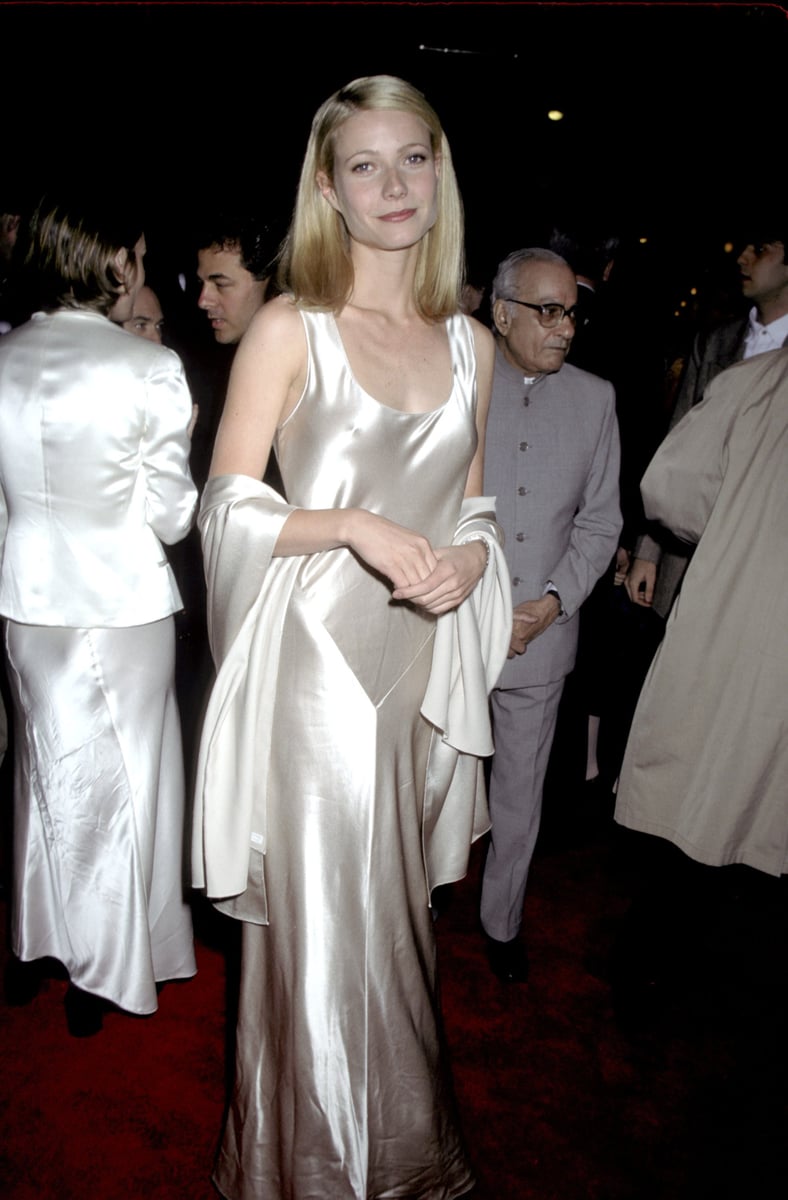 It's International Women's Day and fashion is making me anxious because... I've been here before.

And it was bad for us.

Ageing gets a bad rap. For women, in particular. Today is about Breaking The Bias, and there's plenty of bias abounding about the value of older women. And, for that matter, in our workplaces and our universities and our parliament, the value of younger women. The number attached to your name is yet another arena in which women can't win. But there is an advantage of gaining years and wisdom that far outweighs the visuals that get so much attention. More important than the stripy forehead and the crepey shoulders, is hindsight. And my hindsight tells me that the decade or so when almost every visible woman on a TV screen or magazine cover was literally starving herself, something that later many admitted to, was not a great one to be a young woman.

Now those days are back, fashion-wise, and being met by a very different demographic of women. Young people who have heard of the term "diet culture", who have come of age in a time of "body positivity", women whose feeds are, if they choose to curate them, celebrating women of varying sizes, shapes and abilities. Women whose definition of "hot" goes beyond white, fragile, and waifish.

But I worry about the eyebrows.

Because there are some issues that affect women that just keep coming around, with each generation, as predictably as eyebrow shapes changing and body parts being deemed fashionable or not (what are we supposed to do if waifs are 'back', jettison our bottoms?).

Like the landscape of work and family. This year my oldest child started high school. I have been a mother for more than a decade. And yet the issues of the new parents are exactly the same. The rude shock that women experience when they discover - when leaving hospital with an infant, maybe before, while struggling with pregnancy, maybe even before that while wrestling with the fertility gap - that this next phase is going to impact them way more any male who might be involved.

"But we were so equal, so 50-50, before we had kids," is still the cry from shaken new mums who have just realised that the culture, as much as biology, has deemed that it is their life that is about to suffer a tremoring earthquake of instability, as they learn how to eat, sleep, be, all over again, but this time as a mother, the creature of supreme self-sacrifice. It is their identity that is swallowed by their status of parent, not any males who might be involved. And the older stateswomen among us sit and nod and listen as the realisation dawns... "This isn't fair."

No, it's not. And nor is the unquestionable pay disparity that will follow you through your career, still, even though we have learned so much, gained so much, shifted so much, since my own mother's feminist awakening. Despite all that, the struggle to see us able to be employed after marriage, to not be (officially) looked over for a job because of our gender, to not be abused in our own homes lawfully, and to not be harassed in our workplaces with impunity, Despite all that hard fought progress, there is much that is still not fair.

It's not fair that women still do 75 per cent of unpaid household and caring labour, regardless of their employment status. It's not fair that mothers will - like it or not - overwhelmingly work part time, or not at all, causing a huge gap in financial security, come super time. It's not fair that our intimate health issues are only now, perhaps, being broadly studied. It's not fair that we are intimidated, beaten and murdered by men who profess to love us, driving around 5000 Australian women a week to call for police assistance. It's not fair that teenage girls just accept the fact they are not safe at parties where there are boys and alcohol, when anything that "happens" will be their damned fault for adventuring in exactly the same way as their male counterparts, but inevitably cast as a victim, whose guard was not sufficiently high.

It's not fair that women living in a wealthy democracy are still overlooked and side-lined for meaningful political leadership. It's not fair that these are some of the most fortunate women in the world, in terms of freedoms, rights and life-expectancy, and yet they still must push and struggle and weather abuse for every seat at every table.

And it's not fair that girls my daughter's age are still realising today that how they look is going to be one of the defining predictors of their success, and their self-esteem.

And so, I'm back to the eyebrows.

I worry. I liked the bushy ones. I liked the return to permitting women to have hair on their bodies and faces, flesh on their bones, human marks on their skin, jeans that didn't require three months of laser. I liked all that for my daughter's cohort, and for mine.

But then, here I am, on International Women's Day, talking about the way women look. Because really, eyebrows are about so much more.

Reply
Upvote
As someone with naturally fine and light eyebrows I am so glad for this trend to come back. I would receive judgement for my skinny eyebrows from other women (friends/hairdressers/beauticians), telling me I needed to use pencils/get them tinted. I wish people just stopped following ‘trends’, like seriously who cares??
M
mb1111 5 months ago

Reply
Upvote
@mamamia-user-450417826 me too. I will take up that trend with gusto. I will ignore low rise jeans and satin dresses.
M
mniz 5 months ago

Reply
Upvote
5 upvotes
Body types are not a “fashion” and accepting how people look isn’t either. And to the people worried about low rise jeans, just don’t wear them. We don’t have to follow fashion like slaves, develop your own personal sense of style and you will never need to buy or follow fast fashion and you will be contributing to a better environment and your own well-being.
Eyebrows are the same thing, go with what suits your face. Not what some magazine editor or reality star says you should be doing.
For IWD why don’t we focus on celebrating our own individuality rather than talking about trends. I realise it may mean not posting articles about the hottest piece of clothing on sale at Kmart right now but, considering how much clothing ends up in landfill each year, that’s not actually a bad thing.
Resources
Very Peri
Skin
News
General
Opinion
True Crime
Politics
Sport
Explainer
Entertainment
Celebrity
Reality TV
Movies
TV
Books
Rogue
Royal
Lifestyle
Beauty
Fashion
Weddings
Home
Wellness
Health
Fitness
Travel
Food
Family
Before The Bump
Pregnancy
Baby
Kids
Teens
School
Parent Opinion
Work & Money
Money
Finance
Career
Lady Startup