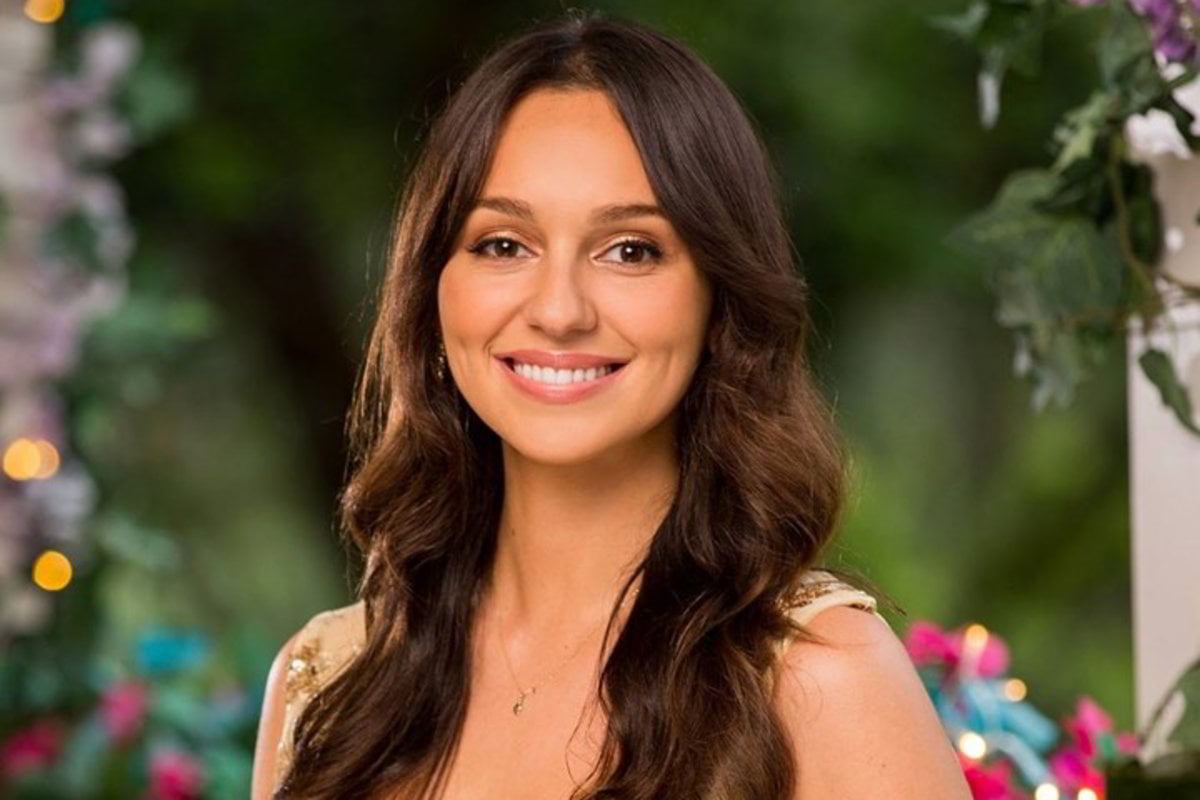 Confession time: I have lovingly/angrily/begrudgingly watched every single second of The Bachelor.

Over the course of 7,256 minutes of watching (yes, I have counted), there are a few major pieces of evidence that I have gathered that prove to me that I know exactly who will be the unfortunate runner-up of every season

And with this, I am confident that Bella Valeris is about to be dumped on national television.

Listen to Mamamia’s entertainment podcast The Spill where the hosts discuss where the heck The Bachelor’s moral compass is pointing. Post continues after podcast.

To triple check that my theory checks out I have looked back at runners-up of Bachelors past and reviewed the patterns that pop up literally every damn time.

Funnily enough, the Honey Badger has thrown a lot of my stats off by not picking any winner, so for the sake of ~science~ I am removing him and his lovely contestants from my research.

Let me present the three pieces of evidence that prove Bella was never going to win The Bachelor.

THEORY #1: The runner up is never from the same place as the Bachelor.

Despite The Bachelor inviting contestants from across Australia to compete for the Bachelor’s heart, I’ve noticed a glaringly obvious trend by recapping winners and runners-up from previous seasons.

The winner is (almost) always from the same city that the Bachelor lives in, and the runner-up is never from there.

TBH, maybe the real theory is no one from Perth can win The Bachelor?

...But this means that Bella, who lives in Sydney, is fighting an uphill battle for sometimes-Perth-sometimes-Bali local, Locky.

THEORY #2: The runner-up wears a floor-length sparkly dress with a big old plunge neck on the first red carpet.

Honestly, I’m not kidding with this. And I have screenshots to prove my point.

All evidence has been lined up for you so you can AGREE WITH ME. 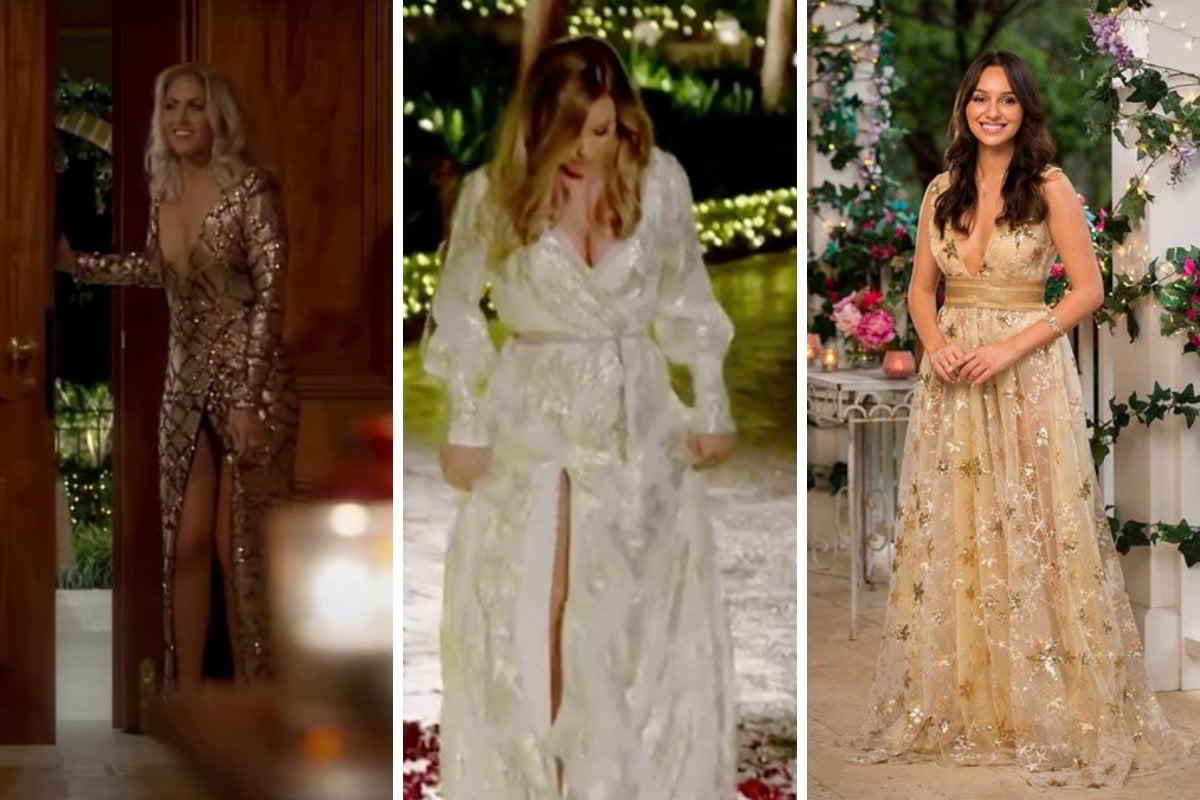 THEORY #3: On the red carpet, the Bachelor will compliment their dress.

Seeing as we’re on the theme of dresses, there’s a secondary nugget of evidence surrounding these elusive frocks: the Bachelor will compliment the runner-up on her outfit of choice.

First spotted in the arrival of Nikki Gogan in aforementioned sequin get-up, Richie Stratan said (in perhaps the most Aussie way possible): “Crikey, you make that dress look amazing!”

Which was not a lie, but is a clue…

Secondly, Matty J congratulated his future runner-up on a corker of a frock saying, “That is one hell of a dress”. This compliment was followed by a lot of gawking, which you can see in full in this video:

And what happened this year when Locky met Bella on the red carpet?  The ex-Survivor star looked the lass up and down, fixating on certain ~areas~ of her dress and said, “Wow, you look absolutely amazing.” Followed up with the age-old, “I just got lost in your eyes”. Causing an entire nation to simultaneously roll their own eyes.

For hardcore Bachelor fans, you will have spotted a chink in my armour. Yes, Locky did compliment Irena on her dress during her red carpet entrance. BUT I believe that this is because the Bachelor producers are aware that their audience is outwitting them, and so deliberately decided to throw us off scent.

(Editor's note: I think you’ve gotten too into this Katie.)

Only time will tell if my theory stacks up as we all prepare for the grand finale of The Bachelor, which is set to air Thursday 23rd September, 2020.

If I’m wrong, you all have permission to come for me in the comments.

B
bittersweet 2 years ago