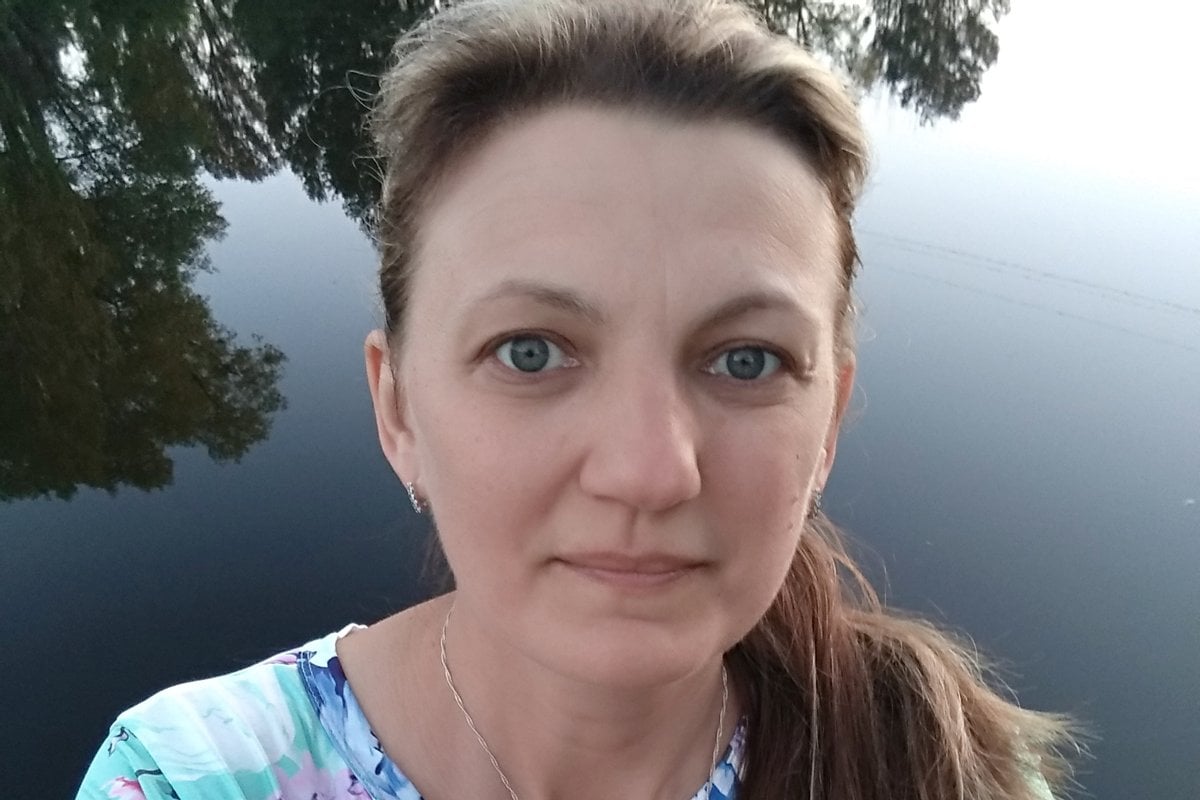 “Do you know, when Dad and I get married I’ll be your stepmum?” I caught the basketball he’d bounced to me, tucked it into my stomach, and bent down so I could see his eyes as I waited for a reaction.

I wasn’t sure what my soon-to-be-stepson understood as a seven-year-old. He’d been playing weddings with his toys and seemed excited about the idea but it can be hard to tell with shy kids.

“Actually, you’ll be my only mum,” he said quietly.

I never wanted to have boys. Before I had kids, I prayed my future babies would be girls. It’s not that I would’ve been upset if I’d had a boy, I just had no idea how I’d cope.

I’m not a high-energy person and the small boys I knew were loud, active, and chaotic. I wasn’t sure how I’d handle that. Would I be constantly telling them off and sending them outside?

I imagined myself rocking in a corner, surrounded by broken furniture, and piles of muddy clothes. I knew it was an irrational thought, but I couldn’t help it.

I’d been raised with sisters and I knew how to deal with girls. Babies did come along eventually and, to my great relief, both were girls.

When I started seeing my new partner a couple of years ago, I knew he had a little boy and it made me nervous.

Initially, we didn’t tell his son we were dating. We wanted to make sure it was a long-term thing before we involved the kids. I suspect his son guessed though.

I’d catch him eyeing me up sideways, as if he was trying to figure out why this strange lady kept hanging around him and his dad. I tried to give them space for dad-son alone time as much as possible.

After all, I was getting used to the idea of a potential stepson too. But the more time we spent together the more I found myself wanting to win him over. I started to wonder if raising boys wasn’t as scary as I thought, although I still felt clueless.

My stepson, rather than loud and busy, is the deep-thinking, quiet type. He’s reserved with most people, even family members, so when he finally relaxed around me, I was honoured.

At the swimming pool my partner and his son were playing, splashing each other and being silly, while I floated nearby. My stepson, only six at the time, swam up to me and wrapped his tiny arms around my neck. He whispered in my ear, “Let’s push Dad under! Don’t tell him!” He looked at me and giggled with delight.

I melted. He was making me his accomplice. Later that day I told my partner what had happened.

“He’s finally accepting you!” he said, beaming. It had taken a few months for my stepson to warm up, but he’d decided I was okay after all.

I often wonder if one of the reasons my stepson was wary of me is because I’m a mother-figure.

He was a very young child when his birth mother transitioned to a man and doesn’t remember things being any different.

As far as he’s concerned, he’s never had a mum and doesn’t know what that’s like. My partner is usually the one who gets the Mother’s Day cards and crafts sent home from school.

Although, last year I noticed the school didn’t send any home. Perhaps they’ve realised Mother’s and Father’s Days are complicated for some kids.

When my stepson said, “You’ll be my only mum,” it hit me.

I have no idea how to be a mum to a boy, but he has no idea what a mum is like either. His models of motherhood are from movies, television shows, and his friends' mums (who I haven’t met).

Mothers in movies are often problematic. My girls and I noticed something about them a while ago. Mothers in movies often die near the start. It’s become a joke with us. “But wait,” we say, as a movie approaches a sad part, “The mother’s going to die.”

In fact, it happens so often in movies that when my youngest daughter was a preschooler she asked, “when are you going to die, mummy?” She was convinced dying young was something that happened to all mothers. But at least mothers are usually portrayed as kind and loving.

If my stepson has seen any movies with stepmums, he’ll get a completely different idea of what mothers are like.

Why are stepmothers in movies so often terrifyingly evil?

A few weeks ago, after two years of dating, my partner and I got married.

My stepson was excited, but in his understated way. I’ve gotten used to picking up on his subtle cues.

I could tell he was delighted with his black “grown-up” shoes, just like dad’s, and I knew he’d feel special and important being given the job of holding the rings.

We’d decided to have just our kids up the front with us. Our girls acted as bridesmaids and flowergirls and my partner’s son stood by his side, looking like a mini-man in his pinstriped suit and navy tie.

After the ceremony and speeches, everyone eating chocolate wedding cake and talking, I found my stepson at the front, quietly sitting by himself.

“What does a stepmum do?” I asked, pulling a silly face. “I guess I have to kick you on the butt and wipe boogers on you?” (It’s always about butts and boogers with him.) He giggled and shook his head. “No! I do that to you!” he said.

“No!” I laughed too and sat next to him. “What do only sons do? Do they make Mother’s Day cards?”

“Neither do I.” We sat in silence looking at the stage.

Tonight, three weeks post-wedding, we sit in the lounge eating dinner together. “Oh yeah, I should start calling you your new name,” my stepson announces. “What one?” I ask thinking he’s going to say something funny, call me a silly name.

I guess, together, we’ll figure out exactly what that means for us.