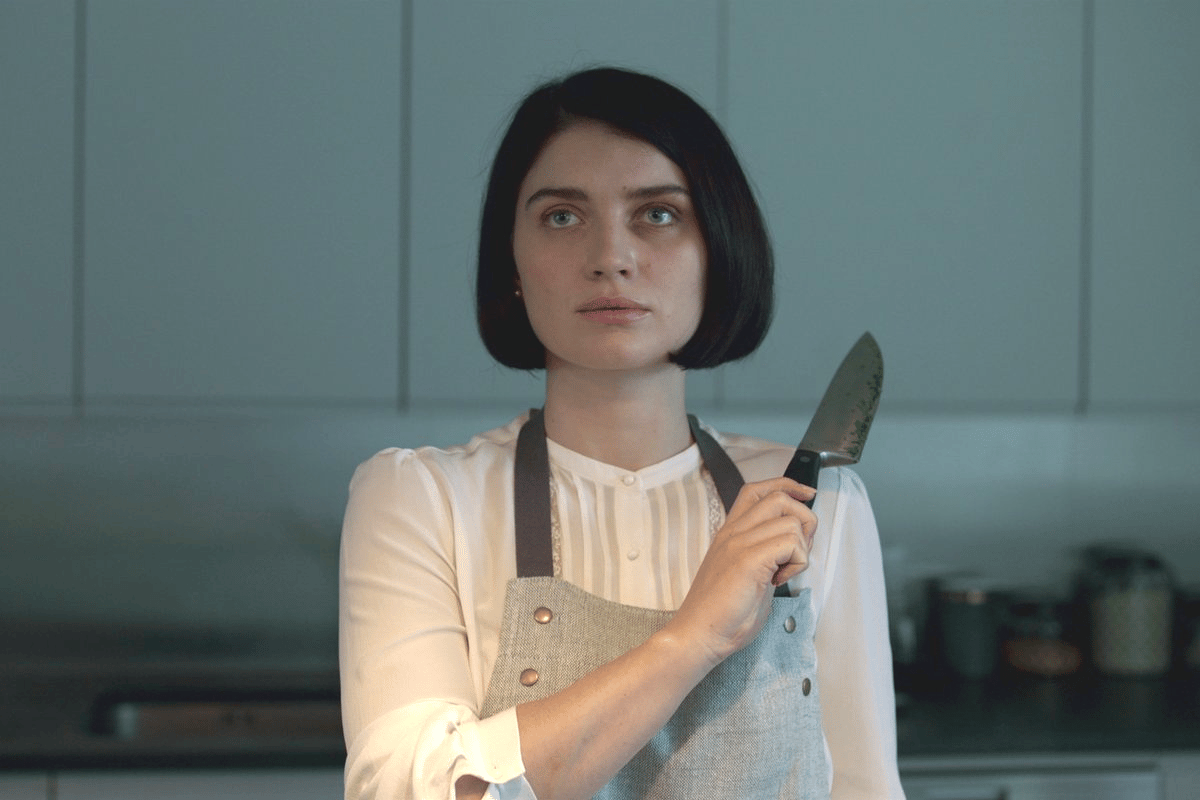 Warning: This post contains MANY spoilers for Netflix's Behind Her Eyes. Read on at your own risk.

In the first camp are those who are yet to watch Netflix's new six-part mini-series, Behind Her Eyes. They're currently going about their day, blissfully ignorant of the viewing experience that awaits them.

They may have seen the buzz around the mini-series, perhaps they've even seen the hashtag #WTFthatending trending on Twitter, but mostly they're completely unaware of the mini-series, the book it's based on, and the ending that will make them do one of these...

Or perhaps one of these...

The second camp is made up of the people who have watched the mini-series. You and I. We're the ones who are still in... shock.

If I asked any of you to describe the mini-series to me, you would probably say something like creepy stalker, murder, unexplained fire, weird marriage, bloody hell did her spirit just leave her body? WHAT THE HECK IS GOING ON HERE? I NEED ANSWERS.

So, how does Behind Her Eyes start?

At the start of the series, single mum Louise (Simona Brown) meets a nice bloke in a bar. They kiss and then go their separate ways and Louise thinks she'll probably never see him again.

The next morning she turns up to work to discover he is her new boss David (Tom Bateman). Louise hides in the toilet while David, who is a psychologist, and his wife Adele (Eve Hewson) are given a tour of the office.

When they finally meet again the next day, Louise and David decide to pretend that nothing ever happened between them.

One day, Louise literally bumps into Adele around the corner from the office and they secretly become friends. At the same time, she starts having an ongoing affair with David. Things get... complicated.

Also at the start of their friendship, Adele gives Louise a journal written by her friend Rob, which she says will help Louise with her sleepwalking problem.

That brings us to...

The bonkers Behind Her Eyes ending, explained.

At the end of the series, Adele is dead. David is now married to Louise, who is actually Rob in Louise's body.

It was actually Louise who died in Adele's body from the overdose/in the fire, and Adele has been dead in Rob's body this whole time and Rob had been living in Adele's body. Thus Louise is now Rob.

At the start of the series we learn that Adele (the real Adele) meets Rob when she's 17 and briefly institutionalised following the death of her parents in a fire at their estate.

She explains to Rob that she blames herself for her parents' deaths because she was astral projecting at the time and couldn't smell the smoke.

Astral projection, for the less woo woo among us, is the process of separating your soul from your body while you're asleep so you can revisit places you've already been to.

Adele teaches Rob how to do it and he suggests they swap bodies briefly for the lols. Adele agrees but as soon as Rob gets into Adele's body, he kills Adele (who is in his body) with a heroin overdose and throws his body (and Adele's soul) down a well.

Rob, who is a drug addict from a disadvantaged background, wants to have access to Adele's wealth and her fiance David.

When David arrives back at the estate, Adele (with Rob's soul) tells him Rob died from an overdose and she threw his body down the well. She adds that David's watch, which she was wearing, also fell down there, implicating David in Rob's death.

David keeps Adele's secret. David notices Adele is different, but he stays with her rather than leaving her and risking having to go to prison for his part in covering up Rob's death. Then he meets Louise.

When Adele/Rob realises there's a new threat to her marriage, she devises a plan to steal Louise's body. She slowly teaches Louise astral projection. After she "finds out" about David and Louise's affair, she takes an overdose and sets her house on fire, knowing Louise will astral project to get into the house to try to save her. That's when Adele jumps into the Louise's body, forcing Louise's soul into her body. Then she administers an overdose to her old body, killing Louise.

The new "Louise" then marries David to keep him close and to have access to the enormous wealth he will inherit from the original Adele's estate.

So both Adele and Louise are dead, and Rob is onto his third body.

Yes, but how doesn't David notice?

David definitely knew something was up with Adele, but like any normal person he would never have guessed that his wife's body had actually been taken over by the soul of her drug-addicted friend.

And David didn't really know Louise that well before the man occupying his dead wife's body took over her body, so he probably wouldn't pick up on any small personality changes.

Adam, Louise's primary school aged son, is suss. He seems to be completely onto the fact that a weird man named Rob has stolen his mother's body. But he's a kid so no one would believe him even if he told them. BECAUSE WHAT A WILD F*CKING STORY.

Will there be a second season of Behind Her Eyes?

Let's hope not. This one hurt our brains.

Reply
Upvote
One of my favourite books from my teenage years was Stranger With My Face by Lois Duncan. The whole plot was based on twin girls who were separated at birth: one was adopted out straight away and had a wonderful family life, the other went through the foster system and was miserable. Long story short, the tragic twin knew how to astral project and tied to teach her long lost twin so she could inhabit her body. Due to that book, I figured out what was going on in this show halfway through. Kind of wish I hadn't though, as it would have packed a better punch if I'd been caught unawares..
News
General
Opinion
True Crime
Politics
Sport
Explainer
Entertainment
Celebrity
Reality TV
Movies
TV
Books
Rogue
Royal
Lifestyle
Beauty
Fashion
Weddings
Home
Wellness
Health
Fitness
Travel
Food
Parents
Before The Bump
Pregnancy
Baby
Kids
Teens
School
Parent Opinion
Work & Money
Money
Finance
Career
Lady Startup
Relationships
Sex
Dating
Separation
Friendship
Family
Real Life
Couples