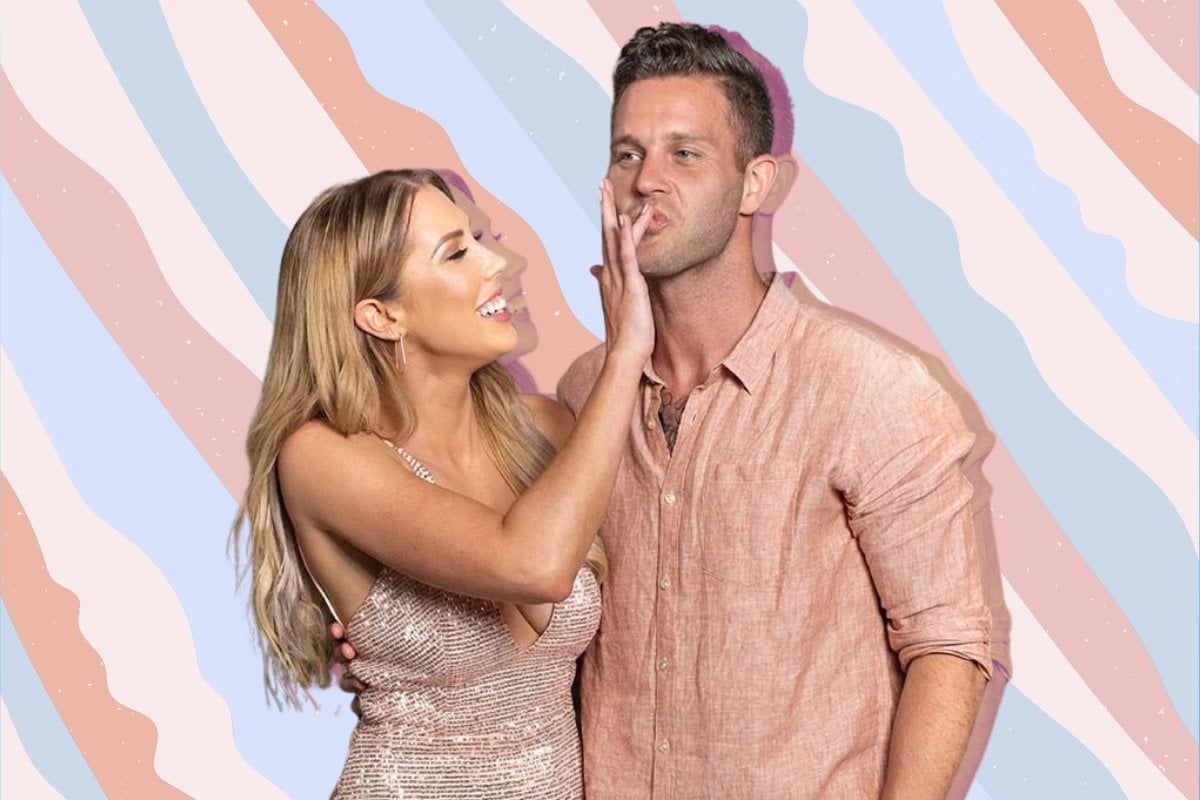 1. Do MAFS Jake and Beck stay together after their final vows? We investigate.

Jake Edwards and Beck Zemek's relationship was rocky from day one of the Married at First Sight experiment.

And tonight, you can bet we're expecting more of the same.

Perhaps surprisingly, one contestant told So Dramatic! host Megan Pustetto that, "they are showing Jake and Beck not getting along very well but by the final vows they were all good and going well".

"They both write stay at the final vows but Beck made it clear that she wanted to start again and start from scratch and get to know the real Jake... He keeps saying that he's not the a**hole, narcissistic person that he's been in the experiment," the source said.

Only since that interview, their relationship has changed. A lot.

It's believed the couple had officially called it quits towards the end of last year, if not sooner.

In an interview with Nova 96.9's Fitzy & Wippa, Beck made it clear they weren't together, even hinting at a breakup in the final ceremony.

"I don't choose Jake. Jake doesn't choose me," she said.

This all came after the Daily Mail obtained a video of Jake sharing a three-way kiss with fellow brides Booka Nile and Beth Moore during a New Year's Eve party in Perth.

The publication claims that Beck wasn't too happy when she saw the video on Beth's Instagram Stories.

Oh, and it's also semi-confirmed that Jake has a secret girlfriend since filming of the show finished. But that's a whole other story.

Whether the pair will make it through tonight is ultimately unknown, but all signs point to the fact that they're definitely not together today.

And that should make for a ~spicy~ reunion.

2. Jessika Power’s ex-boyfriend has released a rap diss track about her, and yes we have the audio for you.

So it looks like MAFS alum, Jessika Power has broken up with her rapper boyfriend Filip Poznanovic, if a diss track is any indication, and the lyrics are particularly scathing.

The rapper who goes by 'FilthyFil' shared the new track to his YouTube which is titled "Splashin Remix (Diss)", which included such charming lines as:

"Why the f**k you acting so sour? It because you got your last name but you ain’t got no power?”

"And now you got me sitting here thinking what everyone in Australia is thinking, like why the f**k you make that b*tch your missus? She can suck good dick, that's a good excuse."

Before claiming that "Two months with her felt like (he) was back in prison."

And those were some of the more tame comments.

FilthyFil accused Jessika Power of cheating, and added that she wanted to get an AVO out against him, although he was, and still is "nothing but nice".

... which is why he also assumedly made a diss track about her.

If you want to listen to the full track... well, we've linked it below, but be warned, it's pretty terrible.

3. The F.R.I.E.N.D.S reunion series has finished filming and we have many questions including a) when we can get our eyeballs on this and b) which cast members are actually in it?

After much hype and anticipation, the Friends reunion special is near.

If you missed the exciting news, last year, HBO Max and the Friends cast members announced that the show would be returning for an unscripted reunion special. But because of the ongoing pandemic, it's only just wrapped filming.

While they haven't yet announced the official premiere date, there are other details we know.

Most importantly, all six cast members have said yes to the special. Meaning, Jennifer Aniston, Lisa Kudrow, Courteney Cox, Matt LeBlanc, Matthew Perry and David Schwimmer will all be back together on screen for the first time since 2004.

However, the special won't be in the same format as old episodes. Instead, the special will be more of a talk-show-style conversation between the cast members, looking back at their time on the show.

While they haven't disclosed what they'll discuss, David Schwimmer did share on The Graham Norton Show that "there is one section I don't want to give away where we all read something..."

We'll be keeping our eyes peeled.

4. Fun fact: Henry Cavill’s girlfriend was once the star of a My Super Sweet 16 episode.

Henry Cavill AKA Superman has a new girlfriend. And fun fact: she was once on MTV's favourite '00s TV show, My Super Sweet 16.

Over the weekend, Cavill made their relationship official on Instagram, uploading a photo of himself and his new girlfriend, Natalie Viscuso, playing chess.

"This is me looking quietly confident shortly before my beautiful and brilliant love Natalie, destroys me at chess," Cavill captioned the image.

Natalie uploaded the same image with the caption: "Just teaching my dear Henry how to play some chess. Or... maybe he let me win?"

After the new couple received an influx of sweet messages, fans had to do some digging on Natalie (naturally).

Not only did fans figuring out that Natalie is the vice president of television and digital studios at Legendary Entertainment (thank you, Linkedin) but she was also on an episode of My Super Sweet 16 in 2005.

"Natalie has just moved from dull Roswell, NM to glamorous La Jolla, CA to live with her wealthy dad and stepmom," the episode’s description reads.

"At 15 years old, Natalie is now living in a $5 million house and cruising around town in her dad’s Bentleys and Ferraris. What more could she want?"

Cavill has previously dated actor Kaley Cuoco, a student named Tara King, and most recently in 2017, he was reportedly seeing stuntwoman Lucy Cork.

This will be his first relationship since (that we know of).

5. The story behind Hilary Duff and Molly Bernard's friendship is the best part of Stan's Younger. 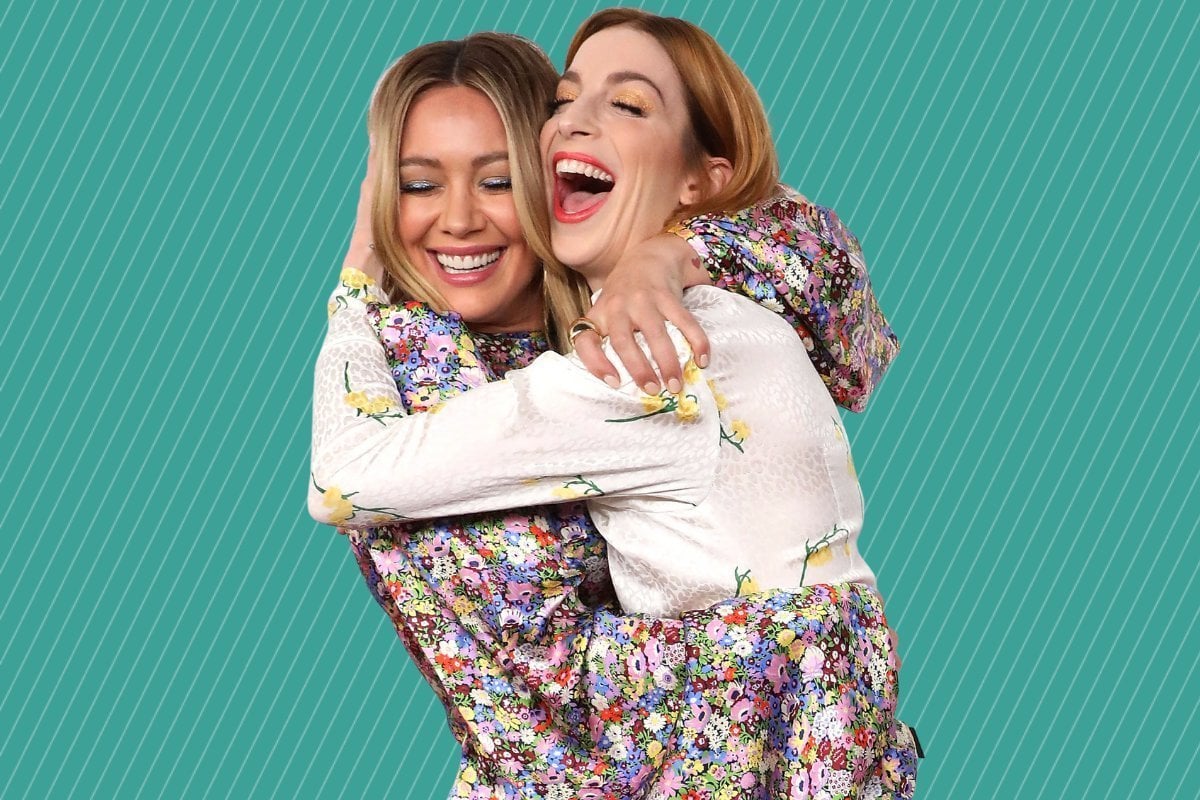 When Younger actress Molly Bernard read the show's last ever script, her heart skipped a beat.

The 32-year-old actress has played publicist and social media guru Lauren Heller on Younger since the beloved Stan show's first episode and although her character was initially just a recurring one, seven seasons later it's gone on to create TV history.

The dramedy, which was created by Darren Star and is based on the novel of the same name by Pamela Redmond Satran, follows Liza Miller (Sutton Foster), a 40-year-old mother who ends up moving to New York City to live with her best friend Maggie (Debi Mazar) and lies about her age to score a job in a publishing house where she works alongside Diana Trout (Miriam Shor) and Kelsey Peters (Hilary Duff).

Alongside her fan-favourite role on Younger, Molly has made a name for herself via appearances on Chicago Med, Blindspot and Transparent, but she said the end of Younger's seven-season run had made her particularly emotional.

"I’m always surprised about where the show goes, but I’m never surprised by Lauren," Molly told Mamamia. " Which I know is a cop-out answer, but as I was reading the final script, I just thought ‘this show is so good’.

"There is a crazy thing that happens with Lauren in the finale and fans are going to really like it, it’s pretty wild."

The character of Lauren is described as a fluid pansexual female making her one of the first pansexual characters in a main role on a TV series and even all these years later, the character remains a rarity in the pop culture landscape.

When talking about her own sexuality, Molly has previously said "I would not define myself as bi, or pan or fluid, I would just say that I am straight up — queer" and in January 2020 the actress happily announced her engagement to longtime girlfriend Hannah Lieberman.

"It has been so important to me to play one of the first pansexual characters on TV," Molly said when asked about her place in TV history. "That kind of representation is critical. I think it’s also important that Lauren really loves herself, unconditionally, and that is rare.

"And her parents do too, she’s not living in secret as a queer person and it’s not tokenised. I feel very happy that I’ve been able to play someone who is an out and proud queer person. That just has to be important to so many people, that it’s not a dark thing and doesn’t haunt her."