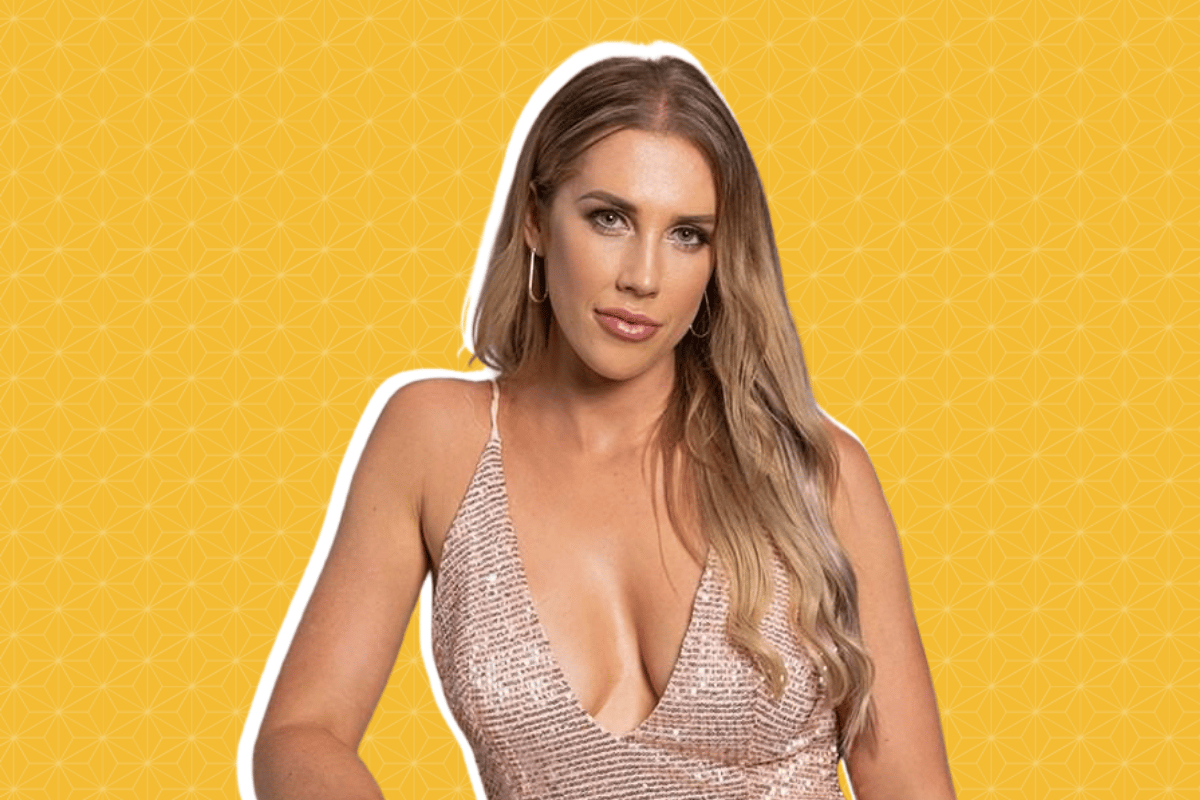 Beck Zemek just spilled a fresh batch of tea about what really goes down behind-the-scenes of MAFS. And you'll never watch the final vows the same way again.

Speaking on the So Dramatic! podcast, Beck shared that the producers actually have a pretty big influence over the contestants final vows.

"They will read your final vows and yes 100 per cent they influence it," she told host Megan Pustetto.

When asked if contestants can choose if they stay or leave, Beck's answer was a bit... iffy.

"Yes and no. They do have their couples that they really want to work. For example, Georgia and Liam."

She went on to say that her and Jake had to do their final vows earlier in Georgia and Liam's venue, to give producers more time to "convince" Georgia and Liam pair to both write stay.

"You would have seen that our final vows was in a Saddle Club scene. It was pretty obvious that it wasn't made for us. Our vows were five days before Georgia and Liam's and one of them was deciding to actually write leave. So they put their vows on hold so they could convince the other person to stay."

"My vows got changed last minute... and I rocked up to the Saddle Club with pink flowers... and I thought ok who's been knocked from today and I found out it was theirs."

The more you know.

Listen to The Spill, Mamamia's daily entertainment podcast. In this episode, co-hosts Kee Reece and Laura Brodnik chat about the Hollywood stars who are effectively declaring war on the Golden Globes. Post continues below.

2. One Little Mix member announced her pregnancy. 6 days later a second shared her own news.

Perrie Edwards is going to be a mum.

The Little Mix signer announced that she's expecting her first child with her boyfriend Alex Oxlade-Chamberlain on Instagram on Monday.

"So happy to be on this wild journey with my soulmate," she captioned a series of black and white photos.

The exciting news comes six days after her fellow-bandmate Leigh-Anne Pinnock also announced that she was expecting her first child with fiancé Andre Gray.

"We've dreamed about this moment for so long and we can't believe the dream is finally coming true... we can't wait to meet you," Leigh-Anne wrote on Instagram last week.

3. Why SAS Australia’s Ant Middleton can’t go down to the pub for a pint anymore.

SAS Australia Chief Instructor Ant Middleton has been in some pretty intense situations. But this week, the 40-year-old admitted that he finds it hard to attend the pub.

When appearing on the morning radio show Triple M's Moonman In The Morning, Middleton told Lawrence Mooney that when he attends the pub he gets confronted by drunk men.

"Yeah, there's the old classic. You're there for a couple of hours, the beers start flowing..." he explained.

He also jokingly shared what he'd do if they pissed him off.

Middleton has been in trouble with police in the past.

Back in 2013, the then-32-year-old was sentenced to 14 months in prison for attacking two police officers outside an Essex nightclub.

In a 2016 interview with The Sun, Middleton opened up on the incident, explaining that it was one of his biggest regrets.

"It was alcohol-fuelled. Once I realised what I'd done, I thought, 'Oh my God'," he said.

"It really hit home. That night was a turning point in my life but did not ruin my life. It was a clash of authority. I just lost my temper. A little conflict happened which turned physical. I've regretted it ever since. It's one of the biggest regrets I've had in my life."

Middleton only served four months due to good behaviour.

The 33-year-old British singer has been estranged from her father since he walked out on her and her mother, Penny, when she was three years old.

"Mark's family are of course very upset by his passing," a source told The Sun.

"He always hoped things would work out with Adele, but it remained acrimonious to the end. He made a few attempts to make things right, but clearly it had been too long."

Evans and his daughter had a falling out after the release of her second album 21 in 2011, when he sat down for an interview to discuss their relationship. He mentioned his daughter struggled to find love because she had "abandonment issues".

The following year, Adele appeared to respond to his remarks.

"I was actually ready to start trying to have a relationship with him," she told Vogue.

"He's f**king blown it," she said. "He will never hear from me again. Because there is nothing that would upset me more than my dad being bribed by the press. It's like, 'Just let them run it, then. Don't you give them ammunition'."

In 2013, Evans shared that he'd been diagnosed with bowel cancer. Soon after, he spoke about how terrible he'd been as a father to Adele.

"I was putting away two litres of vodka and seven or eight pints of Stella every day," he told The Sun.

"I drank like that for three years. God only knows how I survived it," he said.

5. Don't panic, but Ben Affleck and J.Lo just went on a week-long holiday together.

In the early 2000s, Bennifer provided us with iconic pop culture moments like the 'Jenny From The Block' music video and potentially the worst movie in existence, Gigli.

It's been 17 years since Ben Affleck and Jennifer Lopez broke up after 18 months together. In the years since, both have had further high-profile relationships and marriages while maintaining really bloody solid careers. And Gigli remains the worst film they've both done.

And then... THEY WENT ON A WEEK-LONG HOLIDAY TOGETHER.

Obviously, all of this has us asking, 1. what the heck is going on? and 2. What really bad movie are they going to release next? Here's what we know. 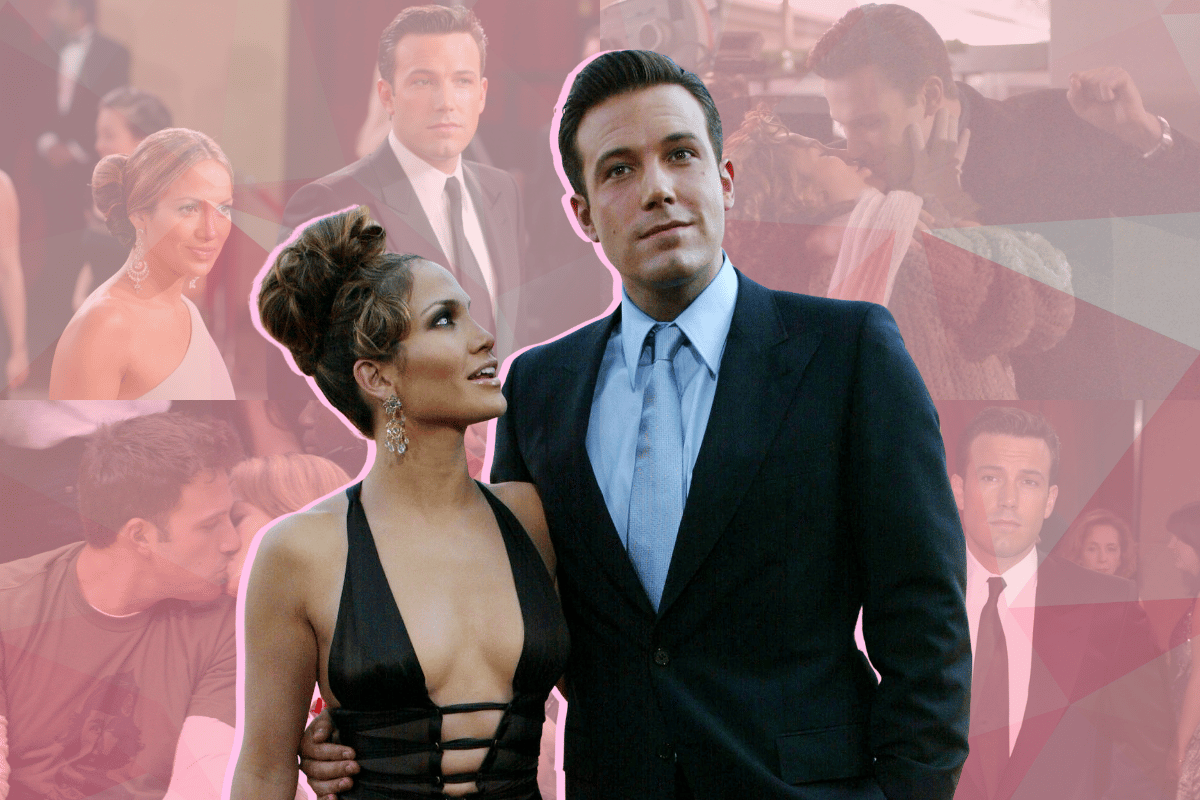 A 'couple's vacation' to Montana.

According to People, Lopez and Affleck went on a low-key, weeklong vacation to Montana after they both appeared at the Global Citizen: Vax Live benefit concert last weekend.

"[Jennifer] spent several days with Ben out of town," a source told People. "They have a strong connection. It's all been quick and intense, but Jennifer is happy."

Another source told E! News they were at the Yellowstone Club in Montana for about a week, "alone".

Which is, uh, a major change in tune from 'sources' last week, who had us convinced Bennifer 1.0 had only rekindled a really solid friendship.

For more on Ben Affleck and J.Lo's relationship, read our earlier article here.