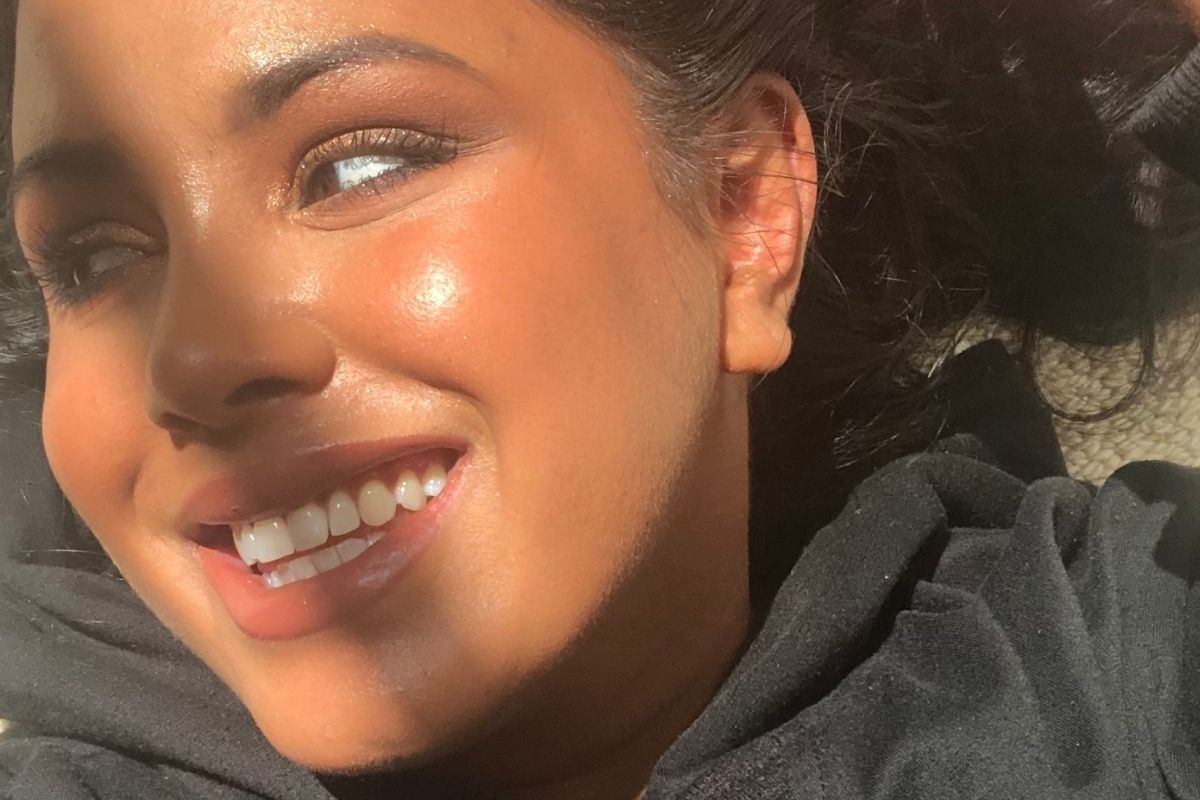 My name is Ruchi Page and I am an Indian-born Australian woman, living in Melbourne.

I was adopted from Kolkata, India and grew up in a small town, raised by my incredible Australian family. Acceptance and inclusion was something that came naturally in my upbringing and social environments - it wasn’t until my older years that I would reflect on the rejection and exclusion the rest of the world had to offer.

Growing up in the Girlfriend and Dolly magazine era sparked my obsession with the beauty world. I remember saving up my dollar coins to purchase a magazine for the black eye liner gift, which I would sneakily and obnoxiously wear in my early years of high school.

Fast-forward a few years to 18-year-old me. The glam obsession continued and doing my own makeup for my debutante ball was a must.

Leading up to the debutante ball, my mum and I relished in a girls' day and shopped for the final touches, i.e. the makeup. I walked away with a foundation two shades lighter than my skin tone and a terracotta bronzer to hide the ashy finish.

Was I mad? No. Because foundations just don’t reach skin tones like mine and that’s just how the beauty world works. Well, that’s the reality I had accepted. Remember how I mentioned the term ‘acceptance’ earlier? I accepted colourism.

I was raised in a family who valued, nurtured and made me appreciate the beauty of my skin. For that I will forever be grateful, as it took years to clear my own lens to view that same beauty.

I am now in my late twenties, and as I reflect, I am frustrated, saddened and disillusioned. The lack of representation and diversity within the beauty world is damaging. The internal colourism I carried for most of my life is based on exclusion subtleties that are woven into everyday media, posters, new makeup campaigns, film and television.

I always wished to wake up with lighter skin so I could potentially claim some type of freedom where I wouldn’t be seen as an outcast or a target for racial comments.  Maybe then, I would establish a form of identity. I would be able to look at the people who surround the world of beauty and relate.

Instead, my skin tone was associated with negativity. Enter prejudice comments: “Are your parents taxi drivers?” “Go take a bath.” “Go back to where you came from.” “You’re pretty for an Indian girl.” “You’re lucky you’re not too black, imagine that.” “Yeah, but where are you really from?”

Racial comments became expected in social situations and in some cases, I would initiate racial jokes about myself. I wanted to eradicate the preconception that I was racially sensitive or ‘high maintenance’ to hang out with, even though it would be humiliating and exacerbate racial issues. This eventuated into a tangled mess, where I felt I couldn’t express my anger and sadness because I had also welcomed this behaviour. I was a significant factor of my own rejection.

How do these words relate to the beauty industry and disruption of identity?

When you grow up in a world where you constantly need to explain your origins, colour and existence in a mostly Caucasian country, you begin to feel a sense of disconnect.

We are living in a world where the billion dollar beauty industry has a momentous impact on the way we perceive ourselves. So, when a brand releases a foundation line and purposely excludes an entire range of skin tones, it is a solid reminder of the continuous discrimination and lack of representation that has shaped our identities. Eliciting the wild thought that colour is unworthy. 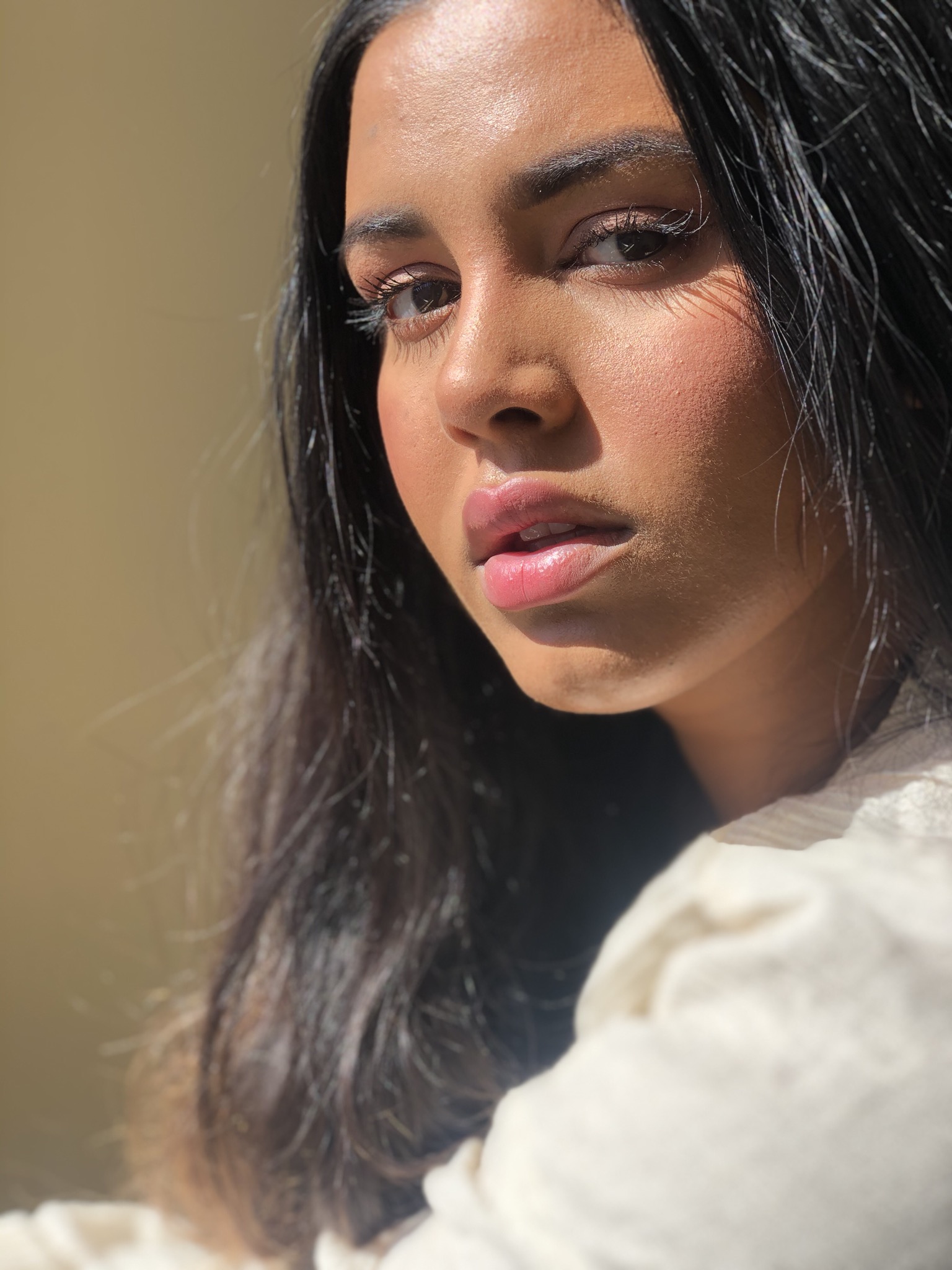 Our world is not confined to one shade. Beauty, power and success are multilayered and not determined by shades of beige. On that note, I think many brands are picking up on that notion and have dived into the deep end of the caramels, nutmeg and ultra-rich skin tones whilst incorporating all shades of skin in their campaigns.

Instagram is becoming more relatable, as an array of brands begin to consistently diversify their feeds, leading the drive of positive exposure and opportunities for people of colour. The additional exposure allows a person of colour to relate with similar physical features and understandings, which in turn establishes a sense of belonging; a true privilege.

Growing up in the beauty world without representation has in some ways made me stronger. As most lessons are learned the hard way, I am proud of my exhausted emotions.

Whilst I am tired of being under-represented, tired of my desire for normalcy and tired of the colourism inflicted by brands, I am simultaneously determined to contribute to diversifying Instagram feeds and media campaigns.

There are unfortunately complexities within complexion, but I think the conversations circulating in 2020 are oozing a powerful, transformational status.

Representation has a new name, and it’s on its way to celebrate everyone.