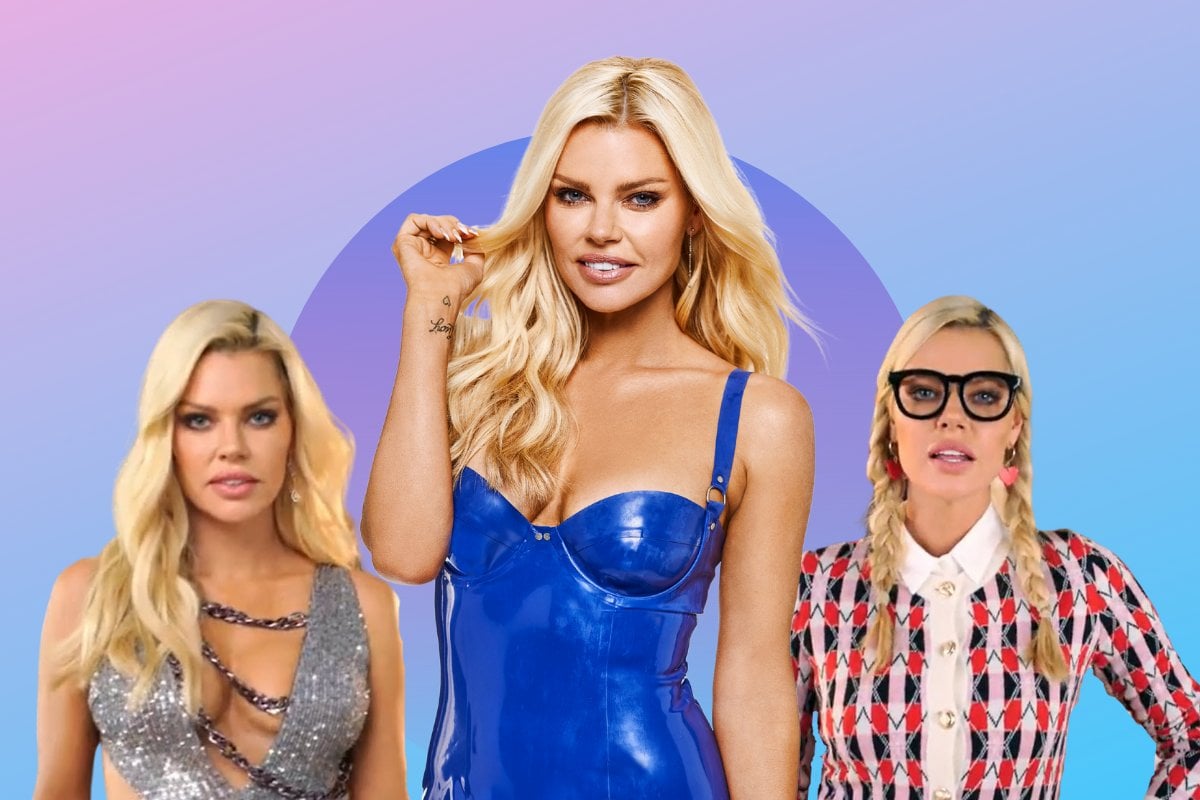 Beauty and the Geek has a lot of TV history, but we've never seen it like this before.

The reality series originally ran for six seasons from 2009 until 2014, and has been revived by Channel Nine for an seventh Australian season beginning July 11, 2021.

The show follows a group of 10 female 'beauties' and 10 male 'geeks' who must pair up and work together to compete in challenges to survive elimination.

Watch: The Beauty and the Geek Australia 2021 trailer. Post continues below video.

It's a competition show, a dating show and social experiment all rolled into one, and damn, we're excited.

Ahead of the premiere, we spoke to host Sophie Monk about all the things we can expect, and why this series brought her back to the reality TV world.

It's actually going to be really wholesome.

Look, it's 2021 and we have to admit the previous iteration of Beauty and the Geek was a teensy bit problematic, with a lot of the show designed so we can laugh at the contestants quirks and weaknesses in situations they weren't used to.

It was pretty one-dimensional, but Monk told us things are different this time around.

"When they described it to me, they said they're not going to make a fool of anyone. It's not like you're going to pick on the beauties and make them look silly, or make the geeks look stupid either," she explained.

"It's just such a positive show, it's got all the comedy there and then next minute, by episode three, I was just in tears watching it. It's such a feel-good show, all the entertainment is there and you just fall in love with the cast. They will be your favourite people on TV."

(Speaking of the cast, you can check out exactly who they are and where to follow them in our roundup here.)

Monk said unlike other dating shows, Beauty and the Geek was not overly focused on drama.

"No one's the villain, no one's the bad guy, because you don't need it. I think naturally we love that kind of drama, but this show just doesn't need it to be entertaining.

"I think it's because of the comedy of it all. The opposite worlds colliding, you are just in stitches laughing and then you're in tears. There's no room for drama, it's that entertaining."

She hoped the show would encourage people to not judge a book by its cover.

"I think I walked out of this a bit kinder, and more patient. Everyone's got their story... I'm just really proud of this show."

The challenges look different this time around.

"They're not as superficial as they used to be," Monk told us. "You know, trying to make the beauties do science and getting the geeks to do spray tans and nails. It's not that."

But that doesn't mean things will be easy.

"They're thrown in the deep end, so you're just feeling for them - the anxiety there is so high, but at the same time it just shows how much they grow, so it's so genuine."

The format has changed too, mixing things up each week until we get the perfect pairings.

Back in the day, once beauties and geeks were matched up, they almost always stayed in those pairings throughout the competition.

That's different this time around, which makes things a lot more interesting.

Each week, the contestants are shuffled into new pairings. And Monk is the one with the power to choose them.

"It's a lot of pressure, because then they come up to me and go 'why did you do that?' and usually I'd blame producers even if it was my fault, but I can't blame them [this time]," she said.

"But we re-pair them until they're in their perfect couples. Whether it's to bring the best out of each other as friends or if there's a romantic connection."

A post shared by Beauty and the Geek Australia (@batg)

There will also be mixers - kind of like a cocktail party - each week, which Monk admitted might be extra entertaining due to the ridiculous costumes she chose to dress up in.

The best part of the old series has returned: Makeovers.

The show may have taken a more 'genuine' path this time around, but don't you worry because the fan fave makeovers have survived the overhaul.

And Monk teased they're really bloody good this year.

"They feel so good after the makeovers, it's crazy what a haircut and some new clothes can do for someone.

"Because a lot of them had been dressed by their mum, or hadn't gone shopping." 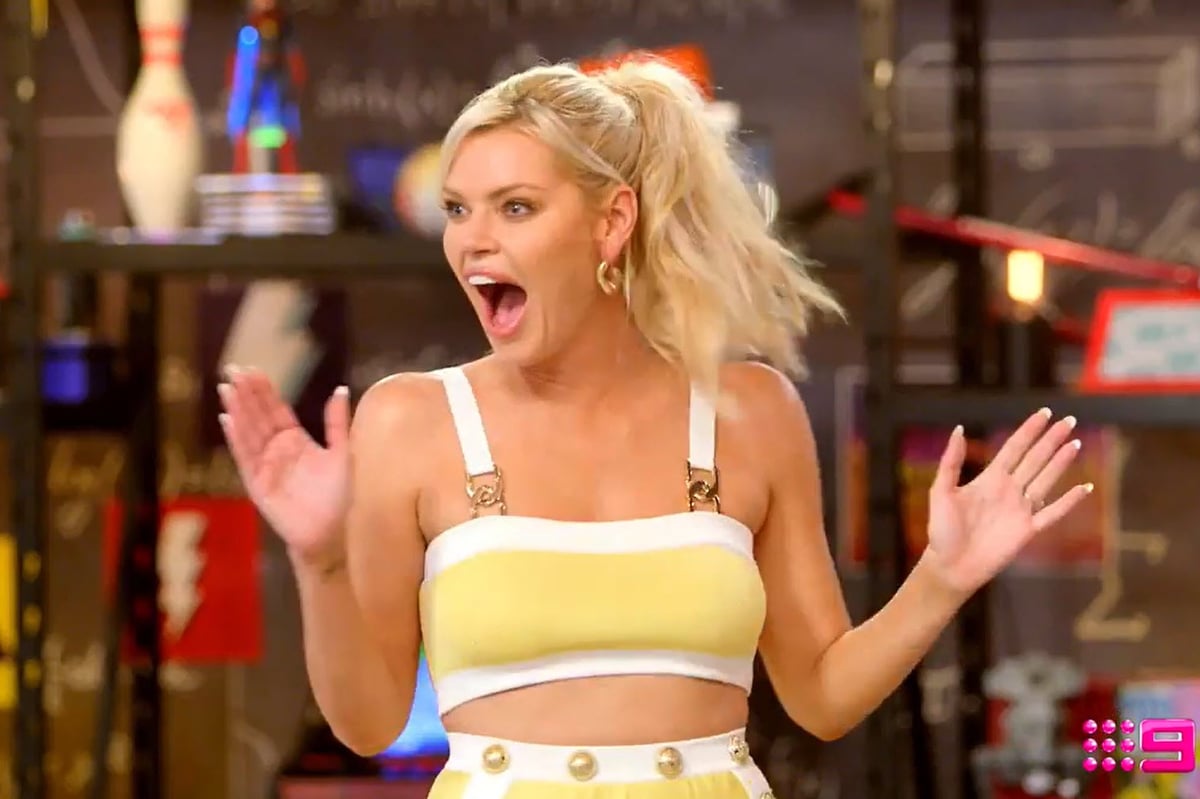 She said along with that physical transformation, we see the emotional and mental shifts too and it's supposed to be really, really lovely.

It's different from other dating shows on TV.

Monk has been involved in a number of dating shows before, as The Bachelorette and the host of Love Island, and she said Beauty and the Geek appears more genuine, because it's all about taking the pressure off.

"There's no pressure on dating," she explained.

"So if the romance happens, that's great but if they end up being really close friends and bringing the best out of each other, that's fine too.

"It's such a different show because there's no pressure for them [to do anything] except to grow. That's all we wanted from them."

But... there's guaranteed to be some romance.

"A lot more than I expected to be honest," Monk said.

"I was like 'wow, these connections', and the quick chemistry. Just being in that environment was pretty amazing."

Beauty and the Geek premieres on Sunday, July 11 at 7pm and continues on Mondays and Tuesdays at 7.30pm on Nine and 9Now.