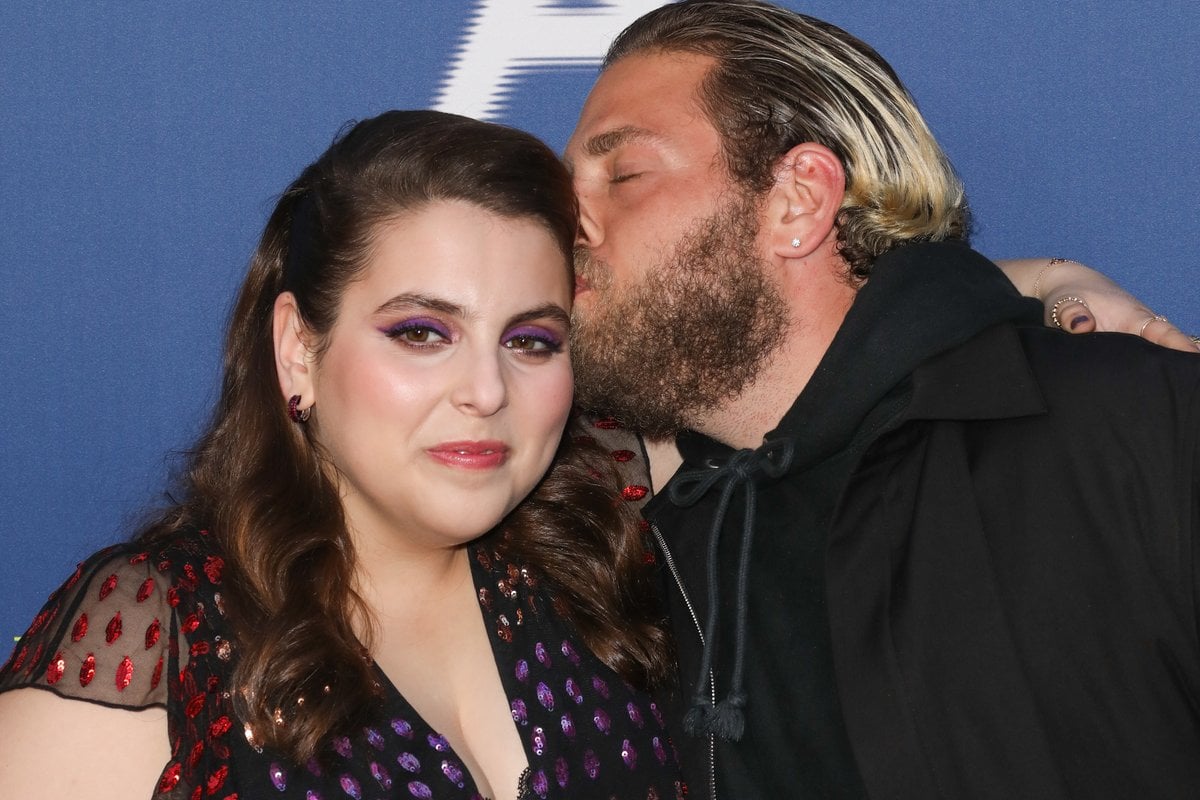 This week, Beanie Feldstein announced she was engaged.

On Friday, the actress uploaded an array of candid photos on Instagram of when her now-fiance Bonnie Chance Roberts popped the question, one day before her 29th birthday.

Openly identifying as queer, Feldstein has been in a relationship with the English producer since 2018.

Speaking to Teen Vogue, the actress said she fell in love with Roberts for who she was; the fact she was a woman was just an afterthought.

"Not to sound flippant, but I was in love with her and all of her, and she’s a woman," she said.

"That’s not scaring me or deterring me. And it wasn’t just women in general - it was her specifically."

According to a Vogue profile from earlier this year, the couple met on the set of the 2019 film How to Build a Girl, on which Roberts was a producer.

"Bon was the best thing that's ever happened to me," Feldstein told the publication.

"When something comes into your life and shifts the tectonic plates in such a crazy, incredible way - there's no question for me that I wasn't going to be open about it."

ICYMI, Feldstein is having her moment - she's currently appearing on Broadway as Fanny Brice in the revival of Funny Girl, and recently played Monica Lewinsky in the Ryan Murphy series, Impeachment: American Crime Story.

Two huge roles - one of them she's been preparing for basically her entire life.

Born in 1993 in Los Angeles to Jewish parents, Elizabeth "Beanie" Feldstein has had a love for musical theatre since the moment she was born.

In an interview with The Cut in March, the actress joked she "came out of the womb with jazz hands".

At two, her mum introduced her to her favourite musical - yep, Funny Girl.

"My mum showed me the [1968 movie starring Barbra Streisand]. She said, 'Look at this iconic Jewish woman on the screen. You have to see this!'" Feldstein recalled when appearing on Late Night with Seth Meyers in 2021.

"At two years old, I became obsessed with it. Other kids would be like 'Play The Little Mermaid' and I’d be like 'Can we do 'Don’t Rain on My Parade' one more time, please mum, from the top!'," she said.

"So at Party City you have Elmo plates and Beauty and the Beast. I was like 'Where is [sic] the Fanny Brice balloons?' And she was like, 'They don’t exist.' I literally had a Funny Girl birthday party. My mum made me a Fanny Brice costume."

Interestingly, it was Feldstein's British nanny that came up with her nickname, Beanie.

"I think it was, as we say in Yiddish, bashert, which means 'meant to be,' because it really fits me, and I love it," she told her college newspaper, The Wesleyan Argus.

Feldstein is the youngest of three. Her eldest brother, Jordan, unexpectedly passed away from a heart attack, age 40, in 2017.

"Grief is just impossible. It cannot be contained or summarised or enclosed," the actress wrote in an essay called 'Grief Glasses' for InStyle magazine.

"To describe the wound grief leaves if you have not experienced it is to come to it hazy and out of focus."

And yes, her other brother is Jonah Hill.

"He's my best friend. We are very close," she told The Cut.

"And we lost our brother, so we have a very, very deep connection, and he's like one of the most important people in my whole life, and being his sister is like my greatest joy."

After graduating high school, Feldstein studied sociology at Wesleyan University. During her time there, she worked as a tour guide - a job she's very proud of.

"My friends would call me TGB — Tour Guide Beanie," the 29-year-old told the LA Times.

"I’d be like, 'Did you know that this building used to be the campus centre?' And they’d be like, 'Beanie, we don’t care. We don’t want to hang out with TGB right now.'"

For Booksmart, she earned her first Golden Globe nomination for Best Actress in a Motion Picture Comedy or Musical.

From 2017 to 2018, Feldstein appeared in the Broadway musical, Hello, Dolly!, and in 2019, she was cast as Monica Lewinsky in the latest season of American Crime Story, which focused on the 1998 impeachment trial of President Bill Clinton.

Since April 2022, Feldstein has starred as Fanny Brice in the first Broadway revival of Funny Girl in 58 years.

The role - originated by Barbra Streisand on both stage and on-screen - is not just something Feldstein had dreamt of playing, but a role that seemed only fitting, considering her own upbringing.

Fanny Brice, in life and as depicted in Funny Girl, was an unapologetically Jewish comedian, surrounded by a loving Jewish community, much like Feldstein.

"When it was announced that I was going to play Fanny Brice, I got voicemails from every single one of my equivalents to Fanny’s Mrs. Strakosh and Mrs. Meeker, my mum’s best friends in the world," she told Playbill in May.

"They could literally be on the stage playing [those roles]. Those are my second mums and aunts."

Despite landing the role of a lifetime, Feldstein recognises the theatre can be "very narrow-minded and rooted in typecasting" she told The Sunday Times.

For years, Feldstein avoided roles it would make sense she played. She even vowed to never play the role of Tracy Turnblad in Hairspray after being asked about the role repeatedly.

“It was at a very young age that I started to nudge up against this idea that kept subliminally being fed to me, and put a very sour taste in my mouth,” she said.

“It really made me feel like the walls were closing in and, like, this is such a narrow understanding of who I can be and what I can do. And I don’t accept that.”

Today, Feldstein describes her relationship with her body as "very beautiful", telling the publication: "I have my insecure moments, but society’s notion of what a body is supposed to look like became so uninteresting to me."

In June, Feldstein announced she will wrap up playing Fanny Brice in September.

"I’ll never be able to find the words that could even begin to explain what the experience has been to me," she wrote on Instagram.

"As Fanny Brice herself once said: 'Let the world know you as you are, not as you think you should be, because sooner or later, if you are posing, you will forget the pose, and then where are you?'"