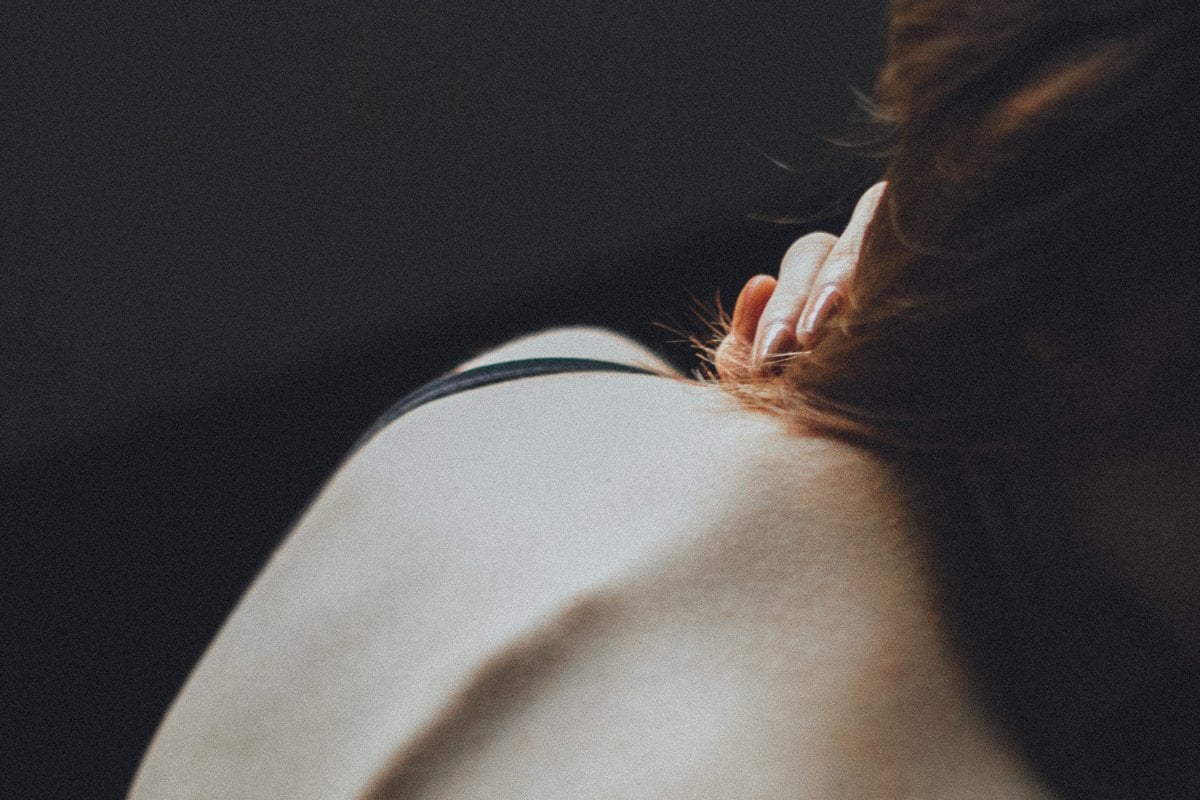 I closed my eyes, trying to calm my nerves. I tried to slow down my breathing. My palms were sweating, my heart was racing. I had no idea whether I was doing the right thing, but I’d run out of time to think. I would arrive at the hotel in six minutes.

Sure, I could run. I could walk away from this situation right now but, the truth was, I didn’t have anywhere to stay for the night. London was super expensive. Plus, I was intrigued.

I’d been staying in a nearby town for a week for a course I was attending and I had been chatting to this mystery guy online. He'd invited me for sex and and an overnight stay in a swanky hotel. He wanted to dominate me; something I'd been fantasising about forever.

I’d spent the entire week talking to him, unravelling him, trying to find any red flags and make sure I was safe.

Had I managed to do that?

I frowned. The truthful answer was no. He had been impossible to work out. The good news though was, we’d talked about rules, a contract and a safe word. It all seemed legit.

A sudden wave of nausea added to my nerves. I stopped walking. This was too much. I wasn’t a risky person. I liked to follow the rules. Taking a risk this big was out of character for me. My heart was still racing, time was ticking, and I was terrified I’d made a terrible mistake.

The only saving grace was I didn’t have to have sex with the guy if I didn’t want to. The first five minutes of our meeting was my window of opportunity. I could leave, never speak to him again.

I pushed open the glass doors of the five star Mayfair hotel. The hotel porter took a deep bow, raising his top hat in the air.

I felt my cheeks turn red. I’d hoped to slip in unannounced. I was wearing my old jumper and gym leggings. By drawing attention to me with his big greeting, he was increasing the chances of me getting thrown out.

I presumed they wouldn’t want a scruffy jumper-wearing girl with a battered suitcase entering their five-star establishment. I was so out of place; it was laughable.

My mystery man had promised me an hour alone in our room to get ready before we met.

But now he was standing in front of me; the most handsome man in the world.

He smiled gently. I wiped my sweaty hands surreptitiously on my leggings and tried to smile back. My attempt failed.

I was too nervous to smile.

I tried to slow my heart rate down by breathing slowly.

I blushed and dared to look up from the floor and into his bright blue eyes. He looked rich. You can see the difference in rich people, they have glossier skin, brighter eyes, groomed hair. Plus, he was standing in this five-star hotel like it was his living room.

Wow, I was so out of my depth.

He frowned. I watched the furrows appear on his forehead. He’d told me he was 41 but now I wasn’t sure. I looked at the lines around his eyes and the flecks of grey in his immaculate stubble. He was 51. That was my bet. A 10-year lie. That meant there were 26 years between us, not 16.

Sixteen would have been enough to give my parents a heart attack, 26 was a whole other ball game.

But, what did it matter? We weren’t about to meet the parents. And it didn’t bother me. I wasn’t about to leave. My five minute window was up and I wasn’t going anywhere.

His scent wrapped around me. He leaned in close and whispered, "You can get ready now, Tilly."

I gulped and nodded. I stood up. As if by magic, the porter appeared to guide me to our hotel suite. My vision felt blurred, my decision making was flawed. This was a highly dangerous situation. I was about to have sex with a man I had never met before.

But, I didn’t change my mind. I kept moving forwards; I walked quickly to the hotel suite.

I had a feeling he was a true dominator. The tone of his texts had hinted at it. And now, after meeting him, I had felt it in the way he leaned closer to me, heard it in the way he talked to me and seen it in the glint of his eyes as he looked me up and down.

I had asked the universe for the ultimate domination and that’s exactly what I was about to get.

He gave me 32 minutes to get ready.

The night was a roaring success.

And so, it was time for the grand finale. The moment we’d all been waiting for.

Now, let’s be clear, up until this moment, I’d experienced great sex. I’m not about to say I hadn’t. But, as this man touched me for the first time, every previous moment, good or otherwise, paled into insignificance.

His fingers inside me made my legs give way. He caught me as I fell and for a brief millisecond I was swept up in his romantic gesture and his strong arms, but not for long.

He flung me on to the bed, then he tied me down so I was spread out across all four corners. He spanked me until I begged him to stop. He didn’t stop. That was not our safe word.

And when we finally locked into each other, fitting perfectly together, the waves of my orgasm came like waves in the ocean.

There was always something missing.

Now, I was complete. I had taken the biggest risk of my life, and boy was it worth it.

Matilda Swinney is the author of The Texts Before We Met, out now on Amazon.